Bimbling On The Overseas Highway

I have been commuting Highway One, known as the Overseas Highway, since  2005 when I moved to a house on Ramrod Key at Mile Marker 27.Much of my commuting I have enjoyed on two wheels and its been pretty good most of the time as I work at night and I ride against the main traffic flow. However the highway has suffered a massive deterioration in the quality of Keys life and I am not alone in noticing this state of affairs. 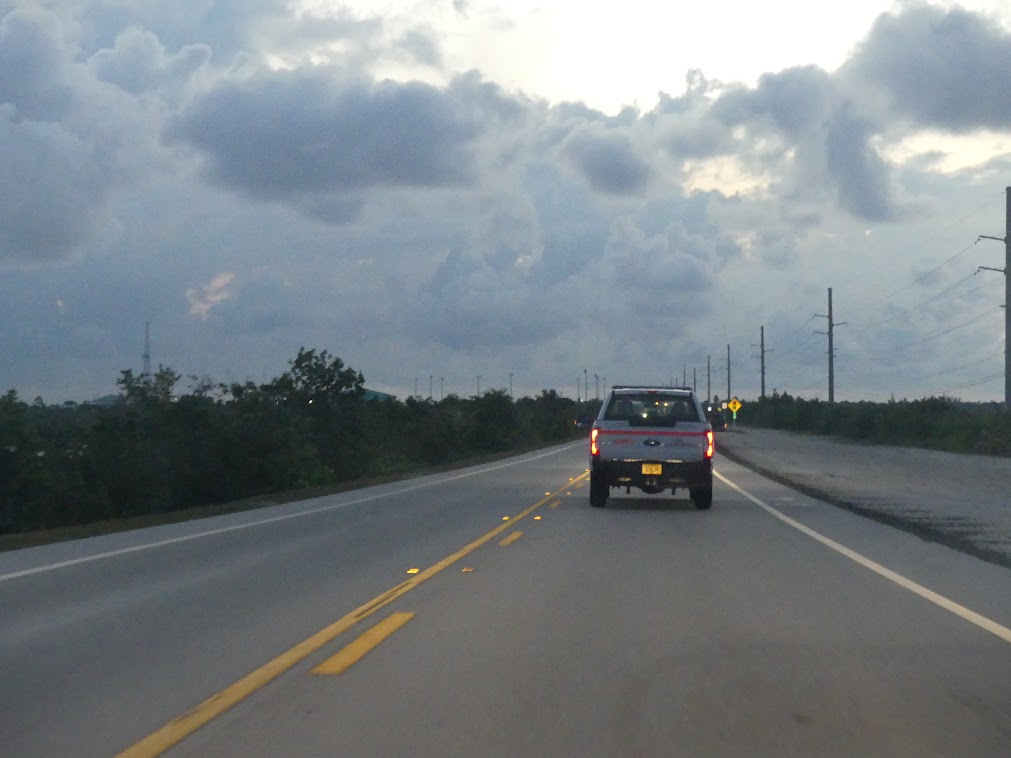 What's happened is that more and more working people have moved out of Key West as house prices have spiraled up and my choice to live in the suburbs 25 miles from the city was once seen as eccentric and has now become main stream. Traffic jams on Stock island are the order of the day around eight o'clock in the morning as workers stream into the city all at the same time. Leaving Key West before five pm is a requirement if you want to avoid long back ups on the roads that lead to the one bridge out of the city. 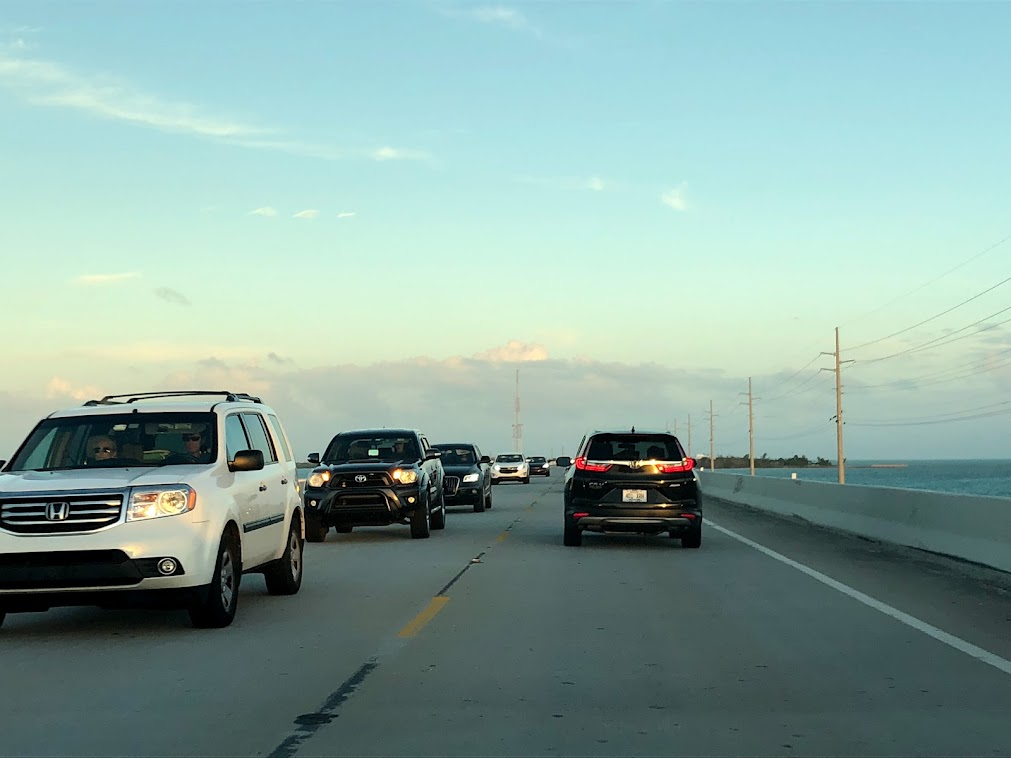 Once you mix into this scenario winter snowbirds who think its a good idea to move about during rush hour and tourists who are in no hurry to stop paying attention to the scenery and get on with their driving and you have a highway filled with mixed motives and motivations. The problem is that all these people are driving the only road across the county. You can't choose to drive the freeway if you are in a  hurry and the main road has to double as the scenic route at the same time. 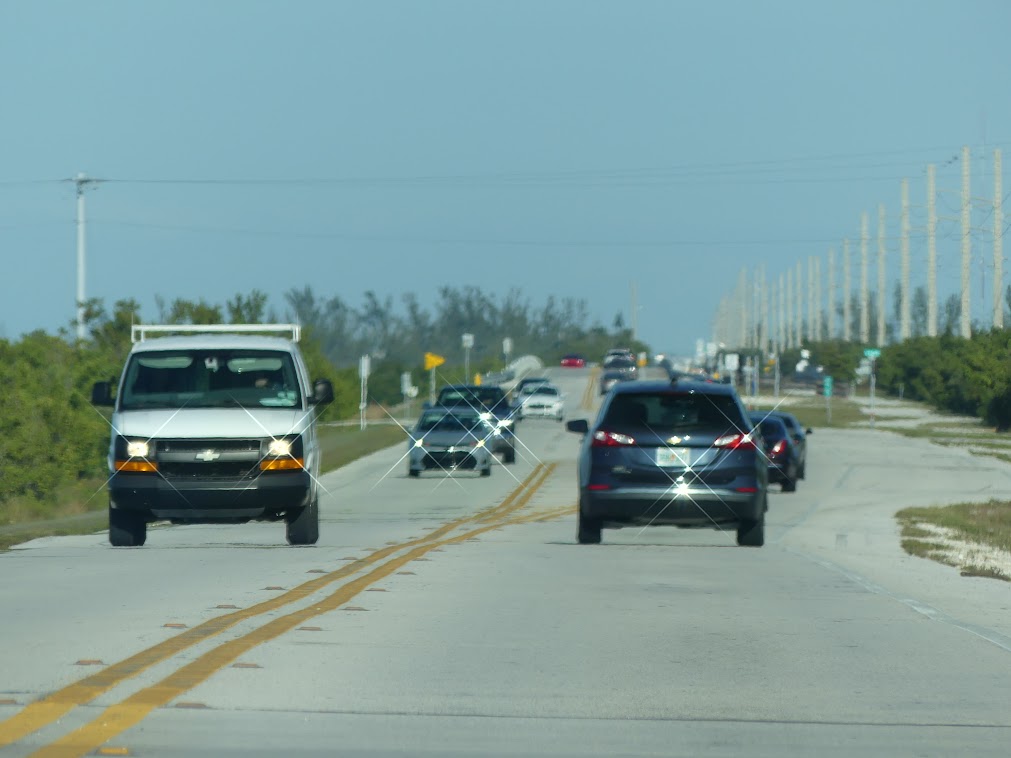 It used to be that the jumble of cars on the highway was reserved for the winter months but nowadays it seems like we never get a break  from long lines of cars. If I want to get to the gym on time during the day I have to allow at least 50 minutes for a thirty minute journey.  Bad enough I suppose but it gets worse. People from the mainland who think passing one slow poke will solve their problems end up passing recklessly because they don't know where the passing lanes are and they don't care so you find yourself being tailgated by people who don't know how to pass on a two lane highway and crowd you. Or you find yourself stuck in a long line of cars held up by one lone slow driver with a line of cars a mile long behind them. No exaggeration. Passing one or two cars when you face 25  stuck in line makes no sense and you drag your way into Key West at 40 miles per hour. 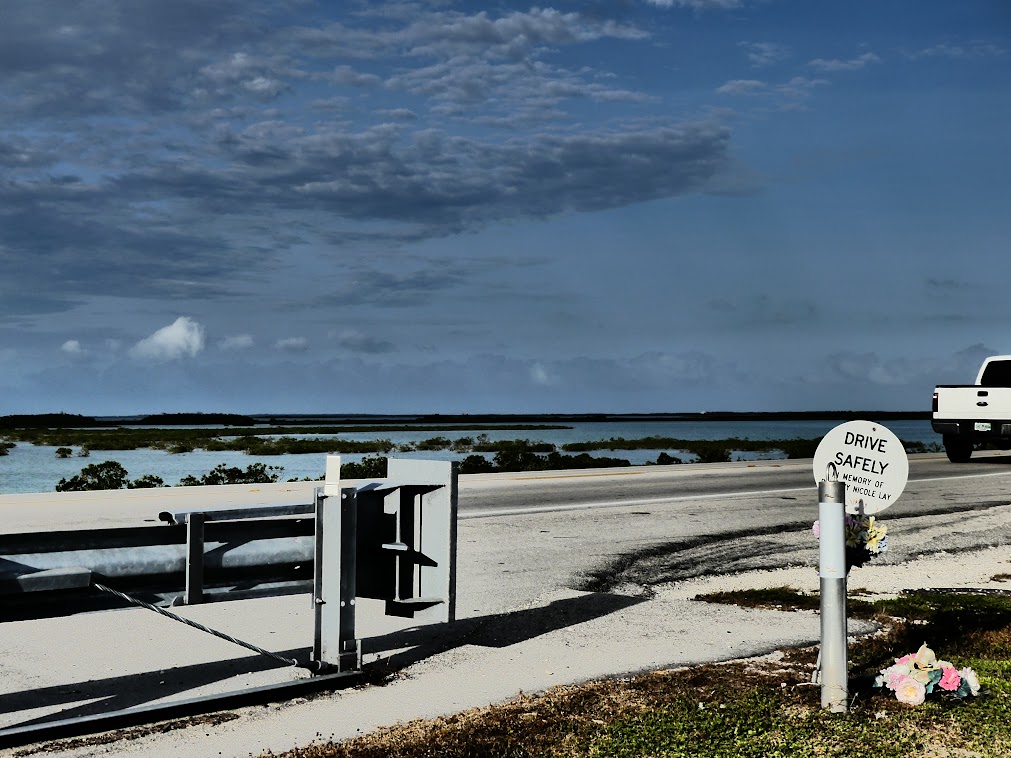 I understand the voices of people who say it's better to slow down but finding yourself surrounded by road rage is a lot worse. There is a law on the books fining people wh "impede the flow of traffic" but I live in hope of ever seeing it enforced. Check out this sequence of photos I caught by putting my camera on the dash and shooting off  a string of pictures to edit later. I was ready for this scenario as I saw them coming and as usual I pull over when faced with being tailgated. I've paid my dues to distracted driving thanks. I let them get on with it. There were several cars racing and in the distance in the photo above you can see number one passing in a no passing zone and then number tow passing me as I slowed down to avoid getting caught up in an accident. 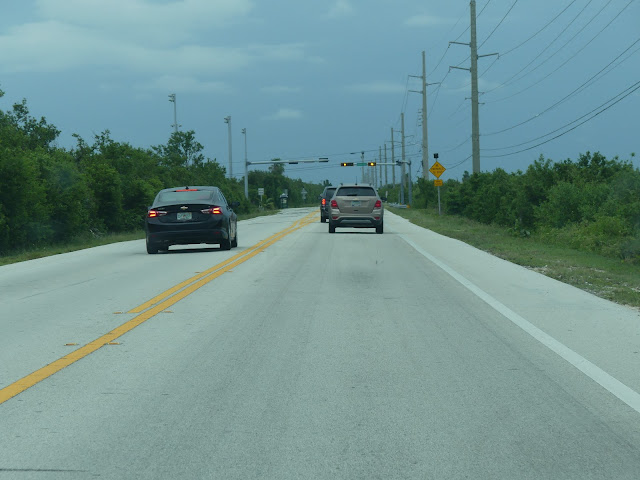 Nothing deterred he took off again determined to pass two vehicles who are already on a double yellow line with the flashing yellow light at Sugarloaf School right there.   Meanwhile boy racer number three in the red car was hot on his heels as he drove through the left turn lane ahead of us. How there wasn't a wreck I don't know. 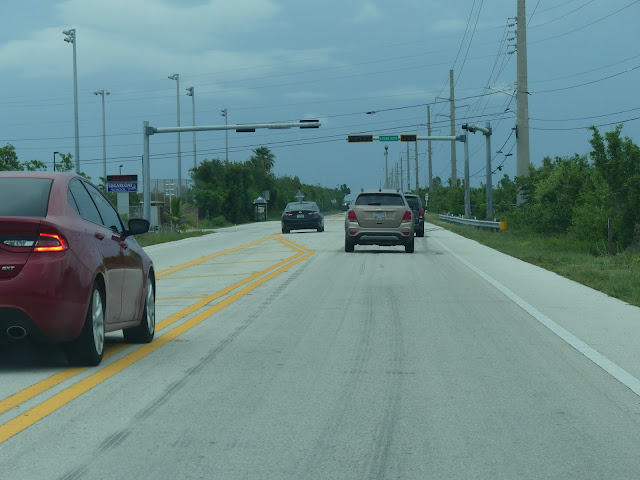 This sort of thing happens all the time. Granted they are idiots but getting stuck ten or more  miles an hour under speed limits that are already pretty restrained gets tedious even for the more patient among us. On top of that the state keeps reducing the passing zones and it seems like not many people have been taught how to pass safely on a two lane highway so impressive lines of impatient car drivers pile up behind one inconsiderate slow poke. I never see anyone pull over to allow faster vehicles by but it doesn't stop me from doing when I find someone suddenly looming in my mirror. 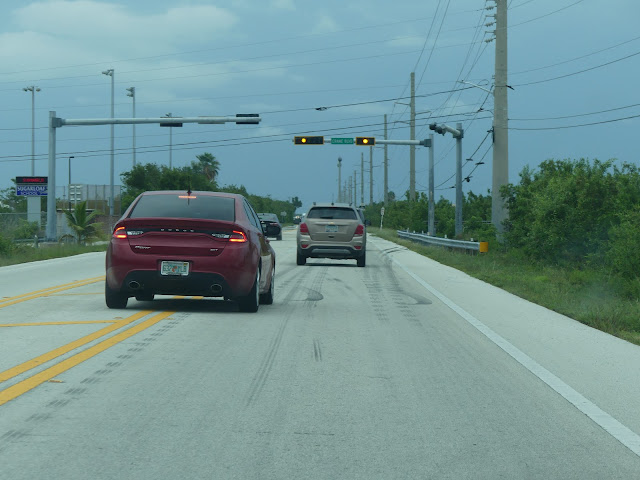 Florida has a strange law called Speed Limit Plus Five which allows only for a written warning if you are stopped for speeding five over the limit. Obviously driving recklessly or too fast for conditions or any other thing can come into play but it gets tough sitting behind some dork doing 48  when he could be doing 60 and you are commuting. Holding up traffic creates road rage and it gets ugly. Lots of people are personally offended if they are passed even though they themselves have no intention of passing, yet they expect others to travel at their slow pace. Riding a scooter or motorcycle makes it worse and I no longer much enjoy riding the Overseas Highway if I'm honest. I want to get to retirement without another major wreck if possible. 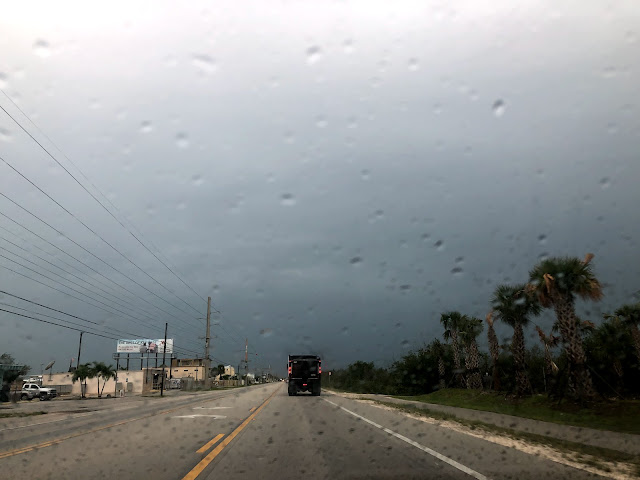 There doesn't seem to be an answer to the dangers and awfulness of the modern Overseas Highway. Modern drivers seem to get no training at all in passing, managing center turn lanes, maintaining a safe distance (the two second rule), or pulling over to allow faster traffic to disperse ahead. There are too many people commuting, the number of tourists and winter residents is increasing not decreasing and the highway is as wide as it will get. I even see bicyclists ignoring the bike paths and riding o the narrow shoulder  which is their right but certainly seems to me to invite death or dismemberment considering how crappy modern driving standards have become. I can't recommend the road  really though if you come just once and choose to drive it you have been warned. It sucks.
Posted by Conchscooter at 12:00 AM 3 comments: Links to this post