How odd it is to see the Union Jack over a corner of this foreign field in Ocracoke. Poetry to the rescue! 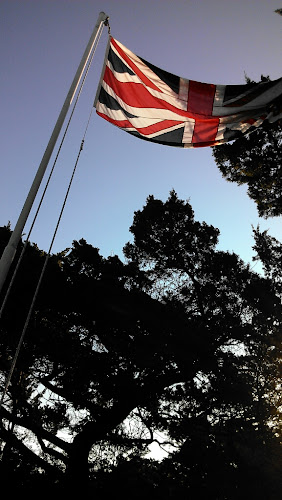 If I should die, think only this of me;

That there's some corner of a foreign field

That is for ever England. There shall be

In that rich earth a richer dust concealed;

A dust whom England bore, shaped, made aware,

Gave, once, her flowers to love, her ways to roam,

Washed by the rivers, blest by suns of home.

And think, this heart, all evil shed away,

A pulse in the eternal mind, no less

Gives somewhere back the thoughts by England given;

Her sights and sounds; dreams happy as her day;

And laughter, learnt of friends; and gentleness,

In hearts at peace, under an English heaven. 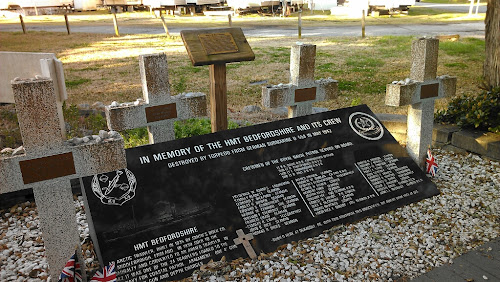 It happened in 1942 that British ships were helping defend the US coast from German submarines which were sinking a ship a day before the Allies got their convoy defences sorted out. His Majesty's Trawler Bedfordshire was on Atlantic patrol off Ocracoke and sunk with all hands. 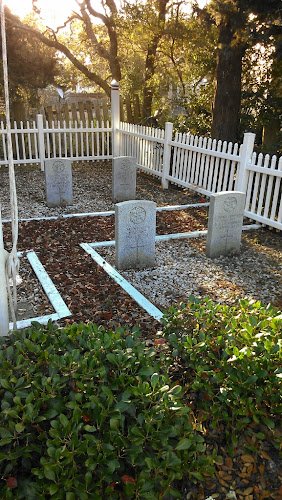 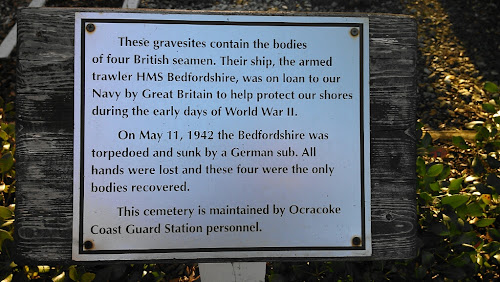 Four bodies washed up on Ocracoke of 37 killed, which included one member of the Royal Canadian Navy serving on the ship who disappeared. Two of the washed up dead were identified, the other two are listed merely as "Unknown" on the official Commonwealth Graves headstones. The four crosses were made on Ocracoke to mark the graves and they were replaced by the "proper" headstones provided by the Commonwealth Graves Commission found on foreign fields worldwide where British servicemen have died. Another unknown body presumed from the Bedfordshire washed up on Hatteras and a sixth managed to wash up at Swan Quarter on the mainland. The rest disappeared, their fate unknown till the U-Boat responsible was captured and it's logs were revealed to the Allies. 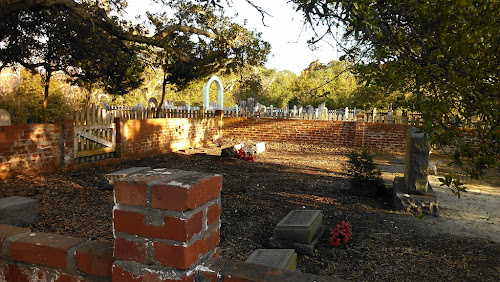 It is a lovely spot on a fresh early Spring morning. 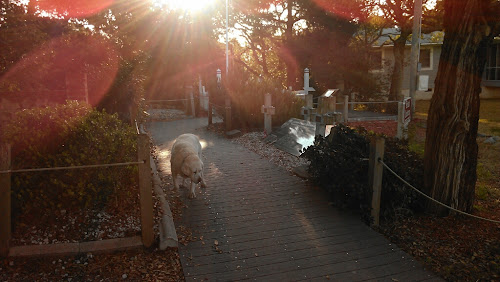 On a quiet backwater of a street in a tiny fishing village there is something very touching to think of the young US Coastguardsmen coming out here to tend these long lost graves and keeping them looking so well cared for, so far from home. 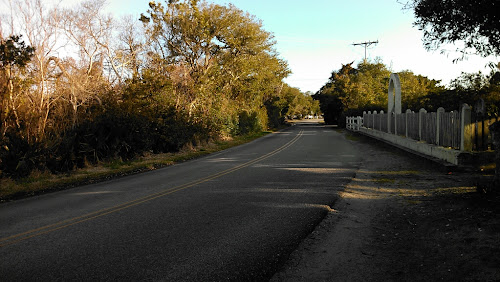 This is a seafaring community so a watery grave is not an uncommon fate. There are graves all over Ocracoke, in gardens, in the woods, by the side of the road. I love cemeteries and this town has some lovely headstones. 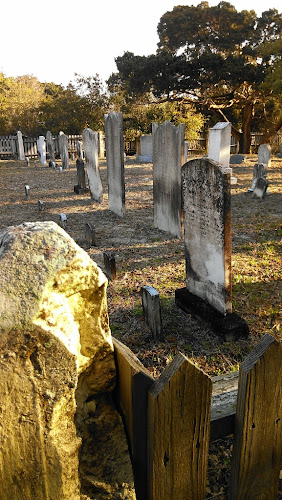 A great spot to be alone and think. 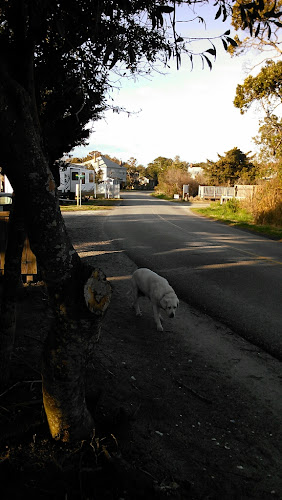 With Cheyenne I am never entirely alone. Good dog.