We met my oldest Florida friend for lunch when she came down from the mainland for a visit. I met Denise in the Florida Keys in 1981 and she hasn't changed, still a traveler, a native Floridian who gets annoyed by the trashing of her state but won't give up on it. In the spirit of never having eaten Uzbek food before she sat down with Layne and I to lunch at Oasis on White Street. My wife's favorites: eggplant rolls filled with cheese. 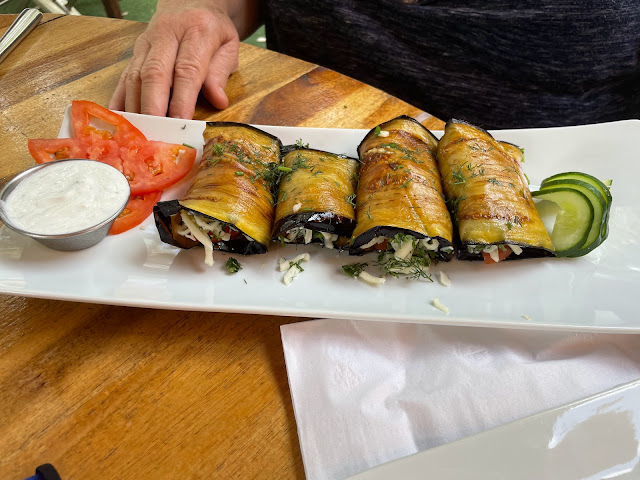 Because I love cheese kachapuri is my favorite, a combination of melted cheese with a fried egg on top which you mush together inside the edible containment ring which is a pastry that resembles a pizza crust. Dig in: 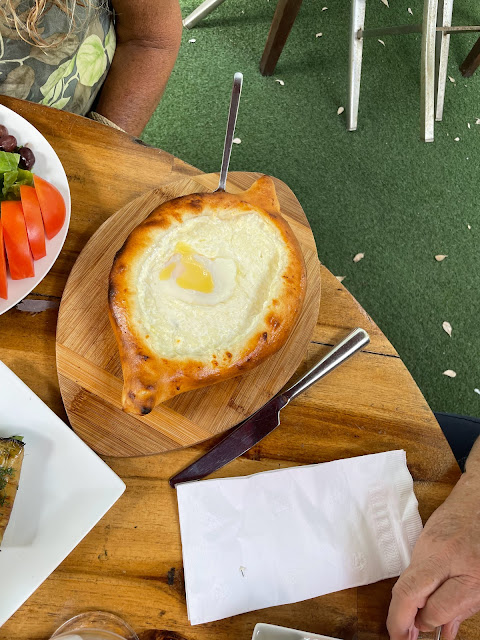 I describe Oasis as an Uzbek restaurant but honestly I'm not sure which bit is Georgian (not that Georgia, the other one), which is Ubzek and which if any might be Tadjik. I do harbor an ambition to drive the Silk Road aboard Gannet 2 if we survive all the other mad plans that are brewing in my over fertilized imagination. If we do get there I will report back on how faithfully these excellent restauranteurs replicated their dishes from home. 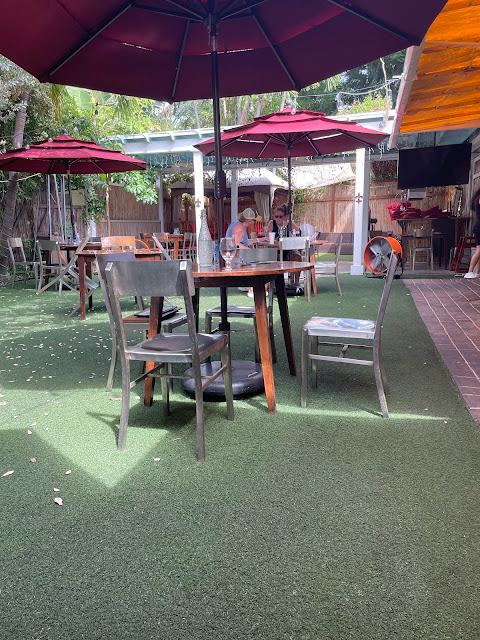 Denise asked the waitress very politely if she was Uzbek, and that tentative question opened a flood gate! No the woman said, I'm a Tadjik so of course I pointed out that to most Americans it's a distinction without a difference. I mean, I've been reading about the Silk Road and looking at maps because I'm a nerd that way and I can barely sort one 'Stan from another. Well, she was having none of it, and pointed out that anyone who asked about her nationality assumed she was Korean or some such, much to her annoyance. I speak six languages, I can write Russian, but I am Tadjik and that's not at all the same as Uzbek. Denise herself pointed out to me later she can't sort any of the 'Stans out either. Clearly there is much studying left to do. 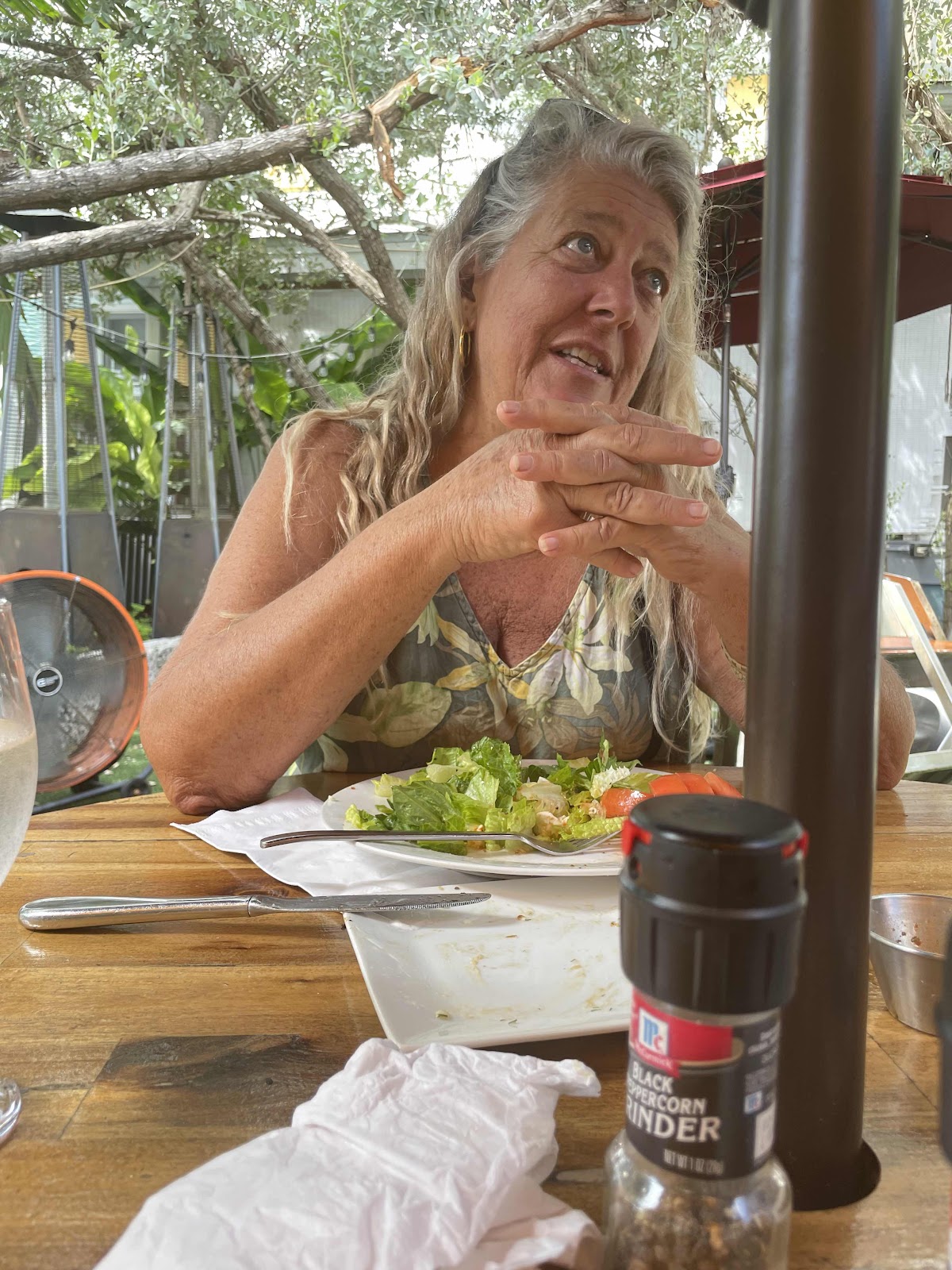 The dessert selection at the Oasis wasn't up to match, the usual chocolate/key lime stuff found anywhere in Key West. I'm not sure what Uzbeks (or Tadjiks for that matter) eat for pudding ut I'm pretty sure it would be interesting. I was thinking pistachios and honey might be involved. I've seen long thick sausages of some pasty stuff in pictures on Google maps with locals licking their lips but we got none of that here at the heart of civilization. Instead we crossed the street to check out the All American Key West Cakes. When all else fails a Key Lime cupcake does very nicely thank you. Especially when served by a youngster with much energy and a sense of humor. He did try to smile but the mask made by his mother smothered the effect I think. 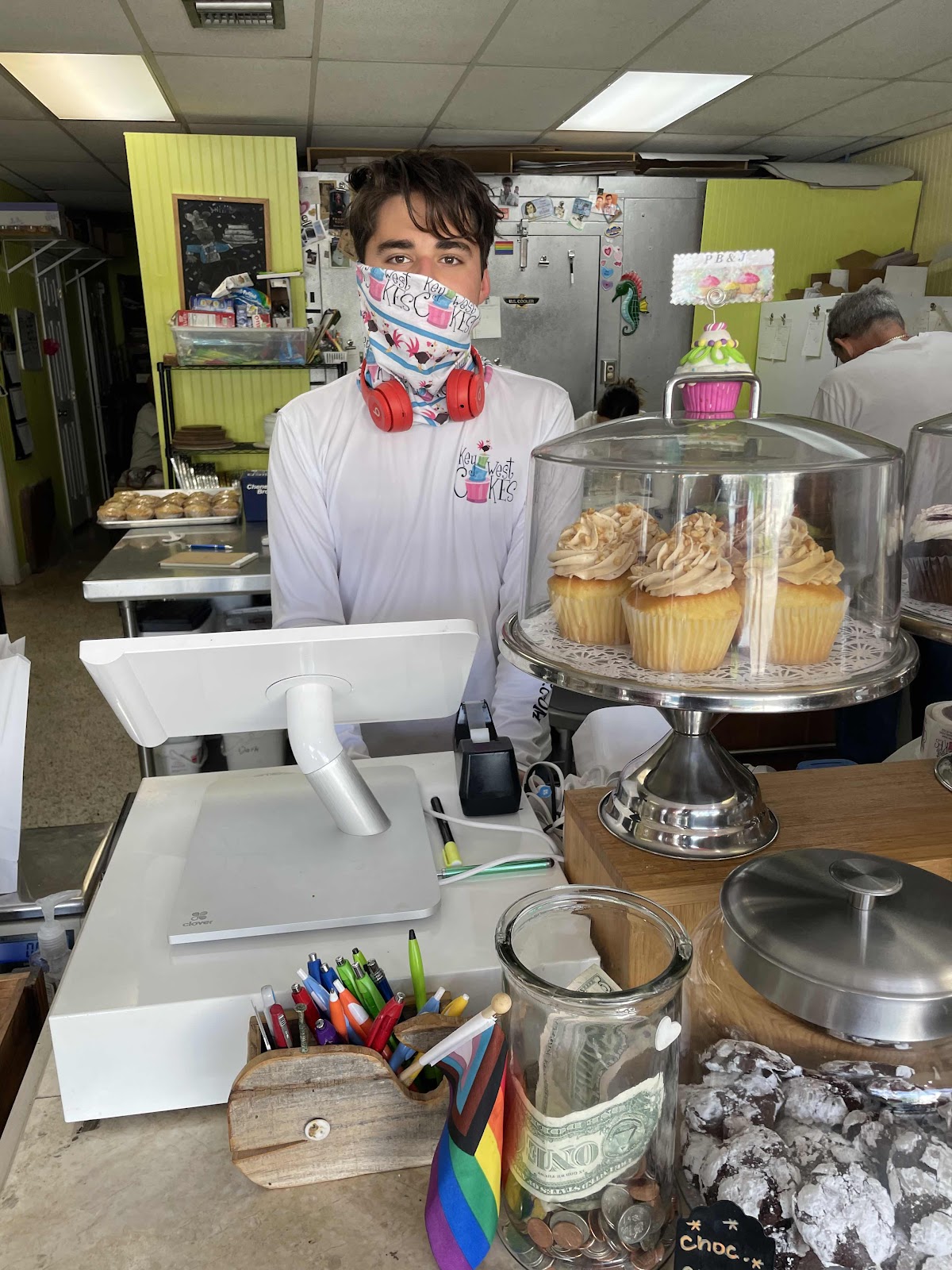 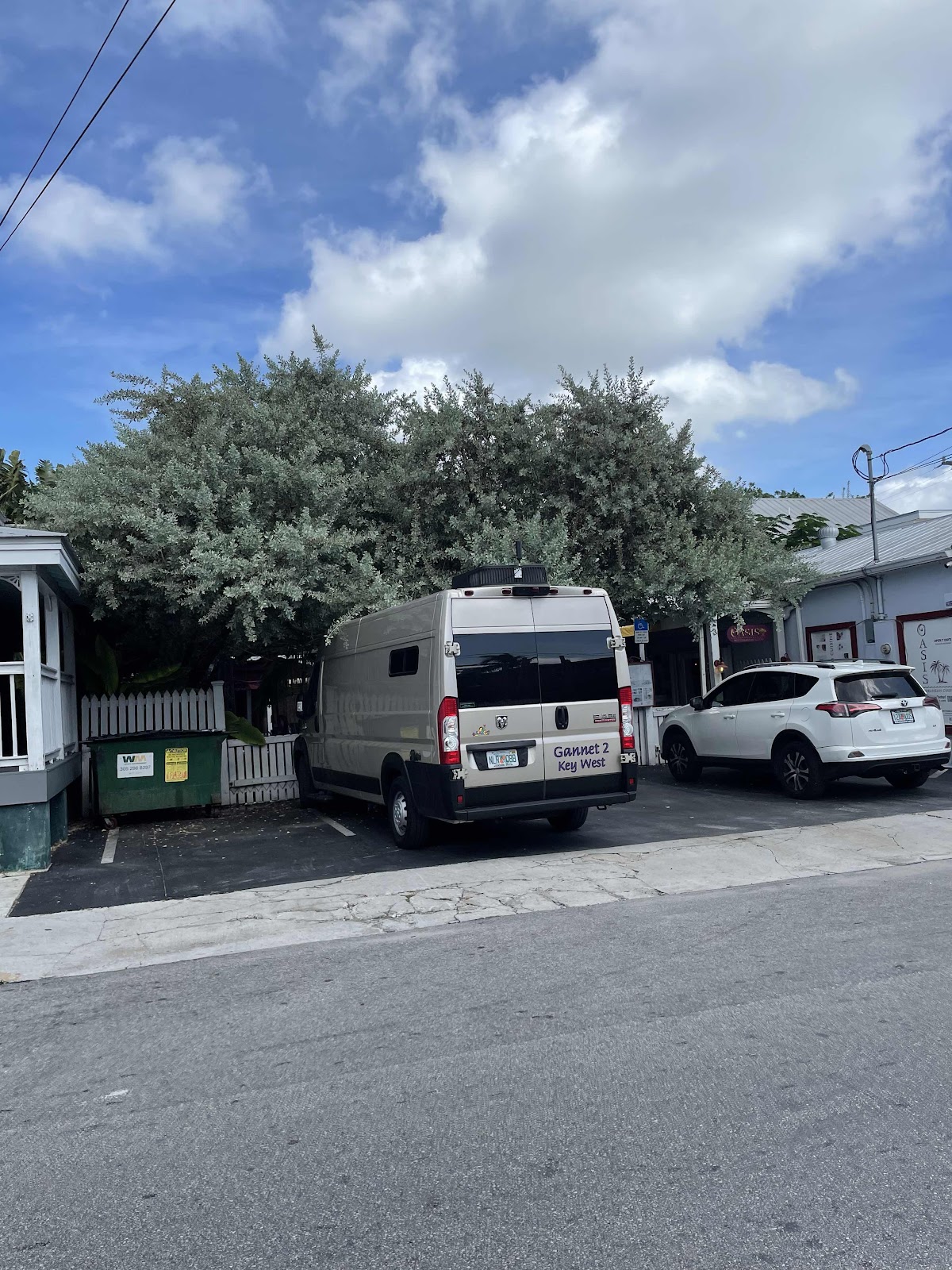