Another drive up to Miami requires a stop in Florida City to get a seven dollar liquid lunch. Robert Is Here is five minutes off the entrance to the turnpike and worth a stop for tropical fruit and all their derivatives. Robert actually exists and works there. I find that slightly astonishing. 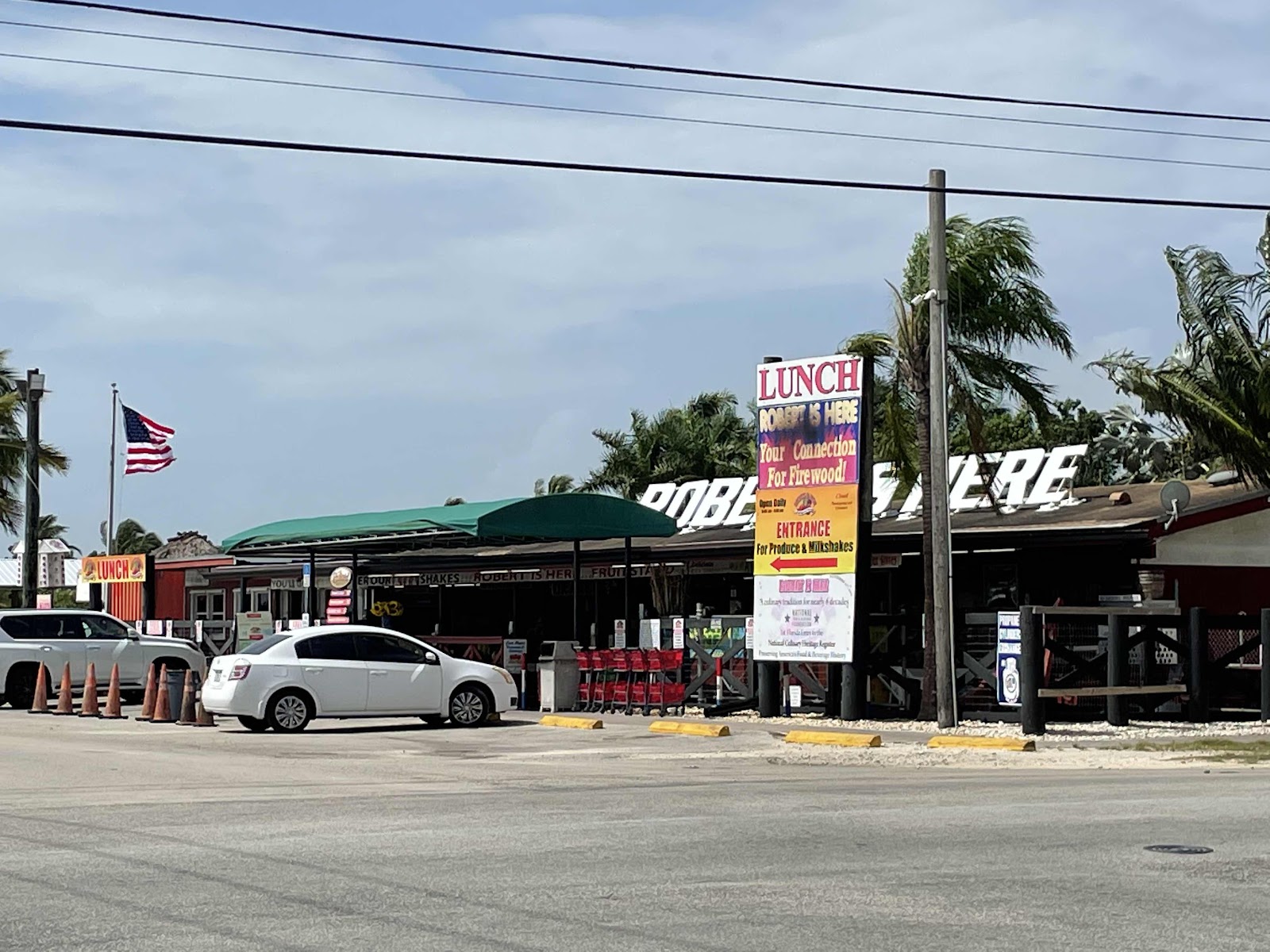 Florida City is an underrated metropolis, the last incorporated town before the Keys tends to get subsumed by Homestead. Every time you say "Homestead" you probably mean "Florida City" but don't worry about it: everyone does that. 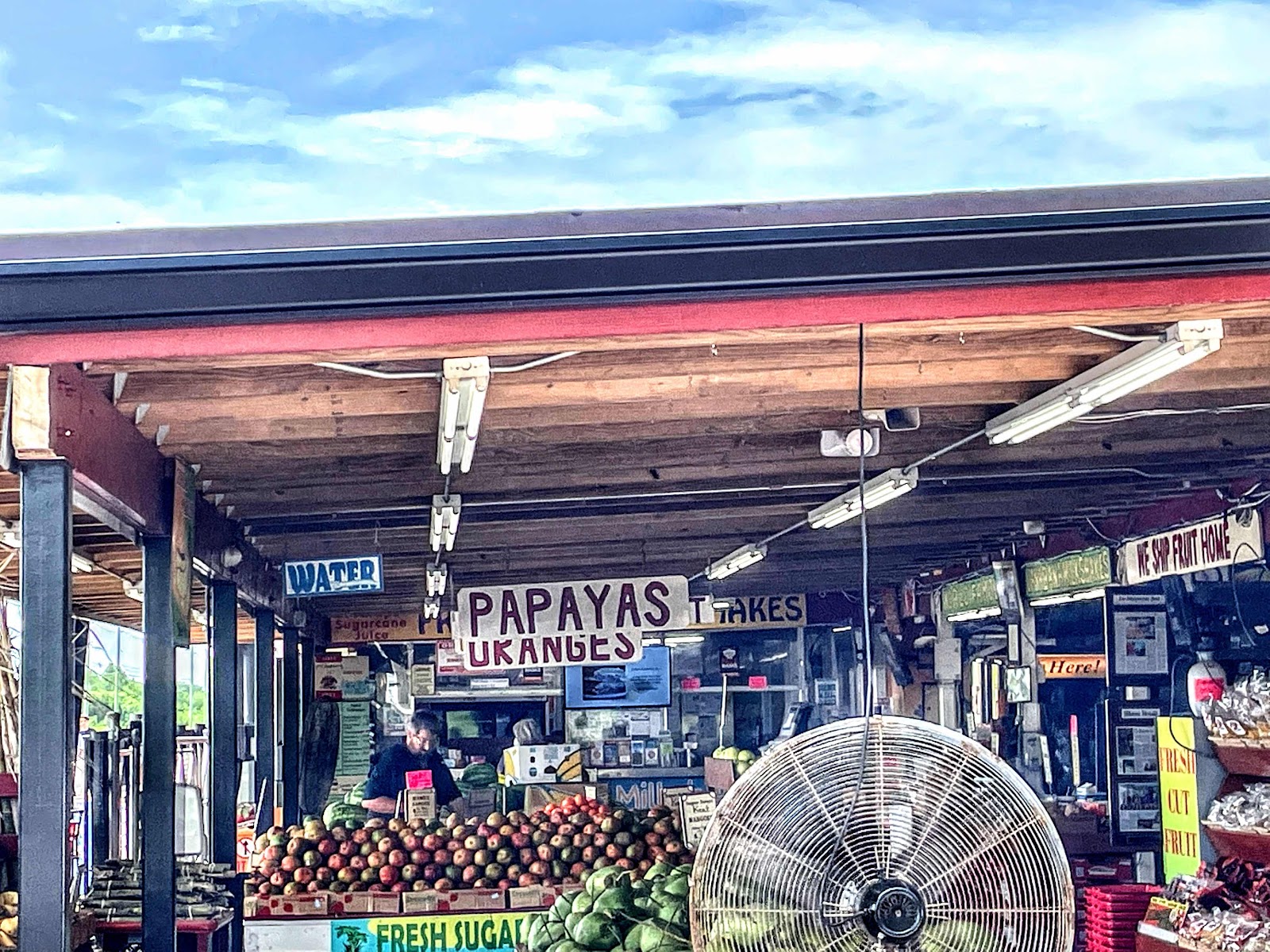 Robert Is Here was once an outpost of the many and vast agricultural fields of South Florida, and it was a place where you could buy fresh stuff surrounded by the fields that grew it, a true Farmer's market. Nowadays this is a destination and showing up on a weekday was an enjoyable change from the weekend crowds. 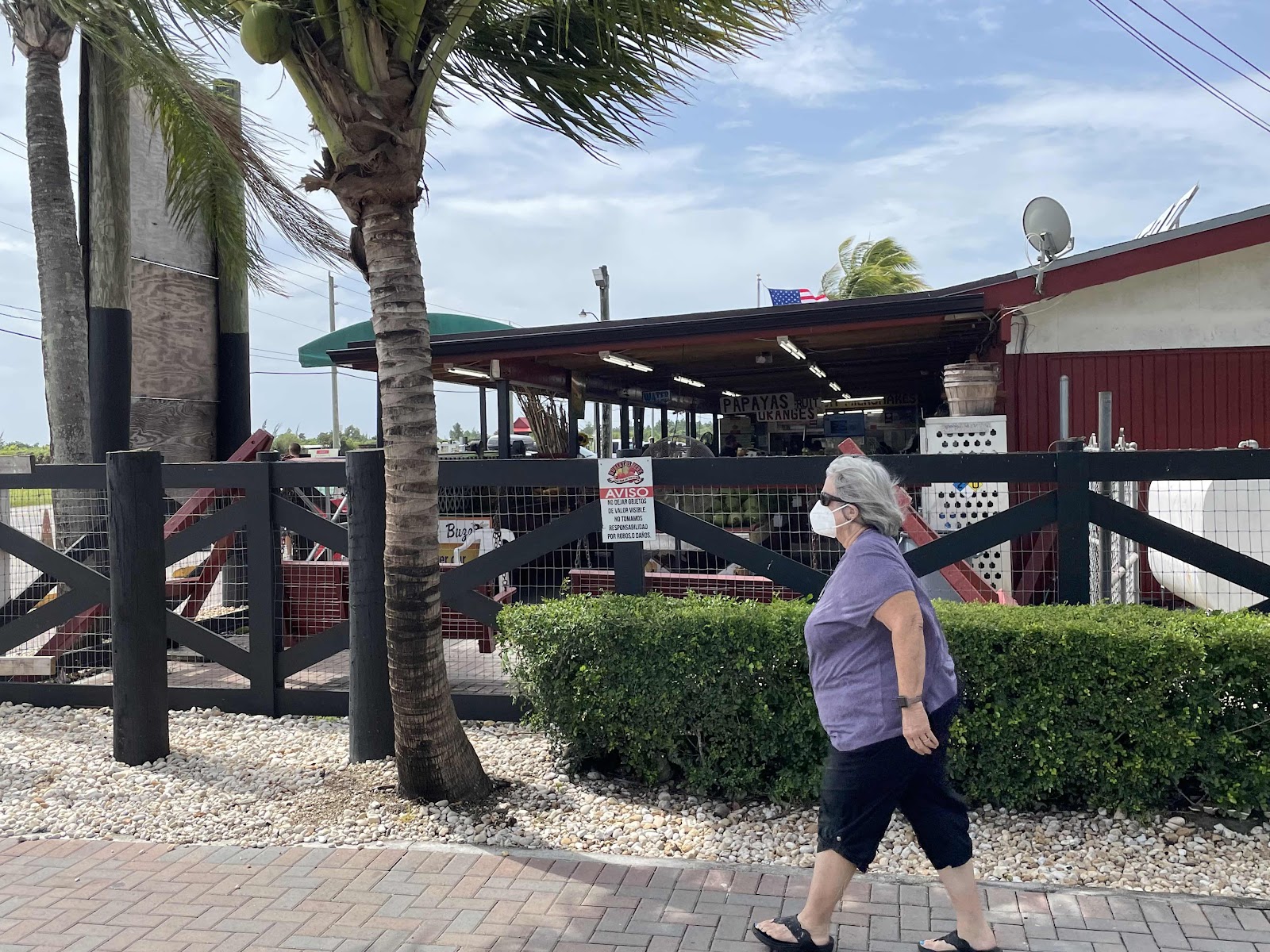 Layne shopped for lunch smoothies, passionfruit for her and strawberry for me. I enjoy tropical fruit but for some reason the old fashioned strawberry flavor works for me in this one place. 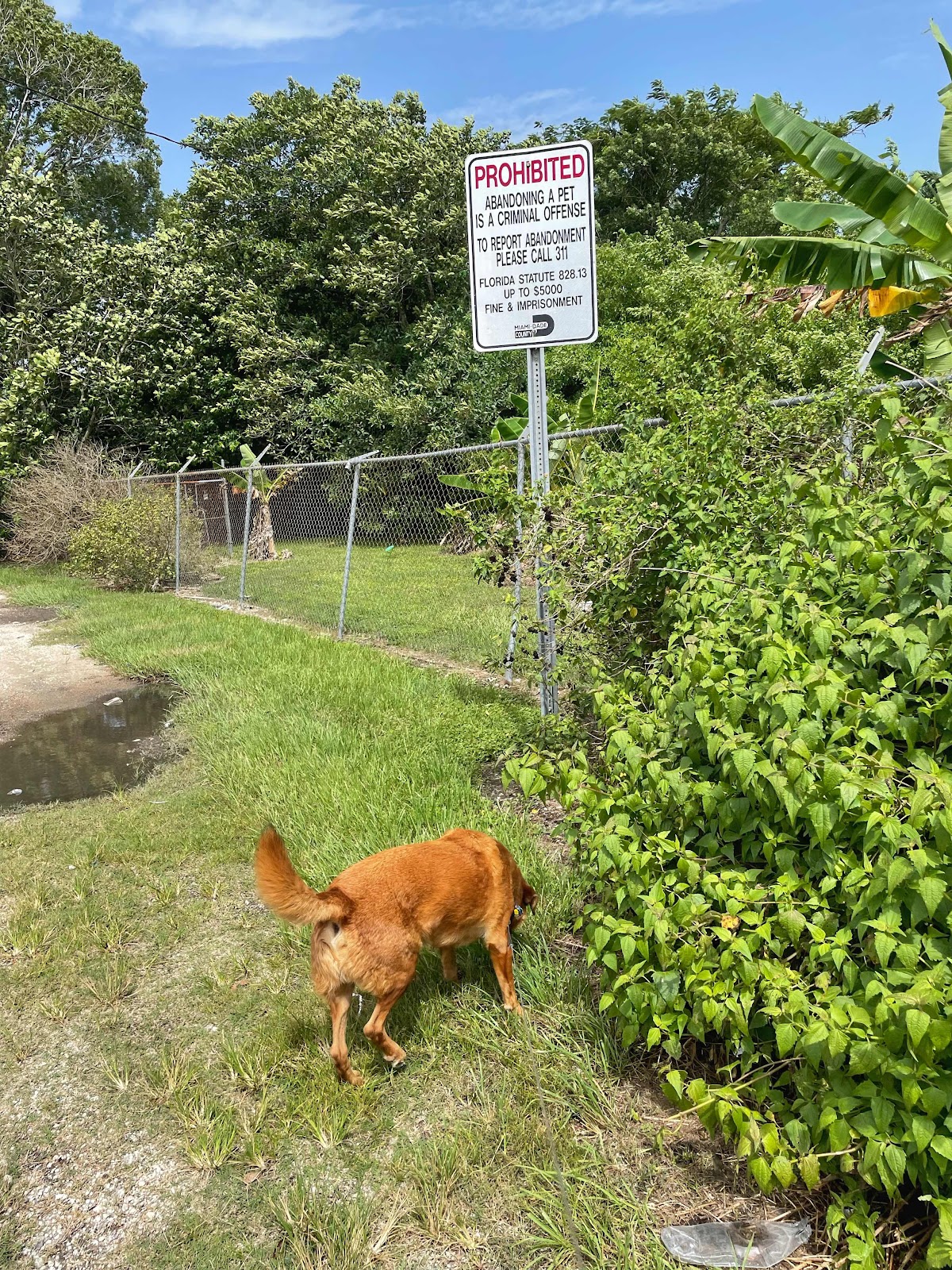 They call this area The Redlands because the soil is that color, and the fields are productive. The fruits and vegetables grown around here rival those of California and the palm forests are used to decorate the new suburbs springing up around Miami. Growth is coming to the fruit stand neighborhood: 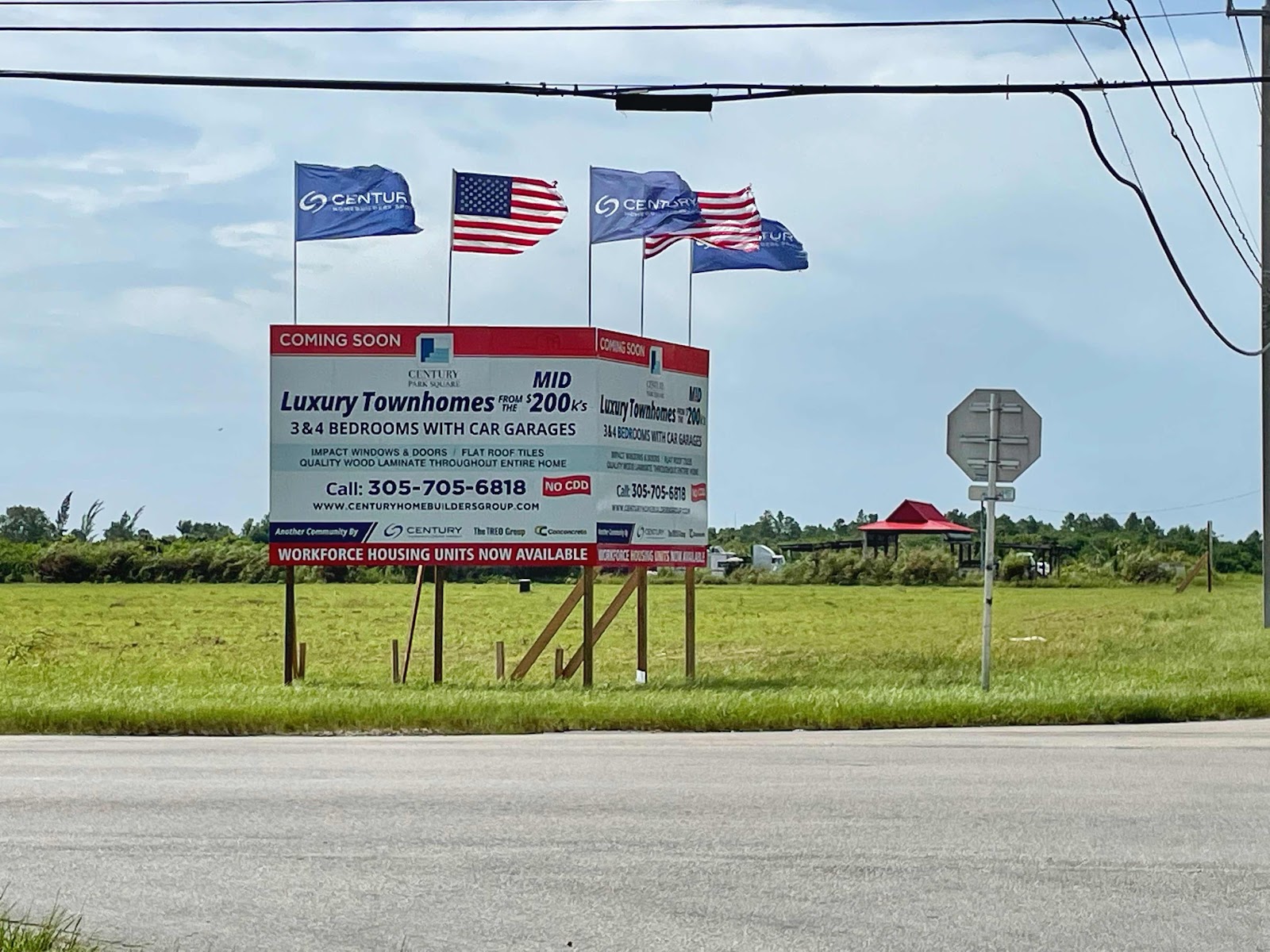 Rusty was dumped around here in 2015 and survived hunting prey and avoiding becoming a victim of the famers who poison and shoot the dogs abandoned here. I have no idea if he associates this place with his experiences but he carries on as normal while we wait for milkshakes. This Is The Dog saved Rusty and I still give them money every month. 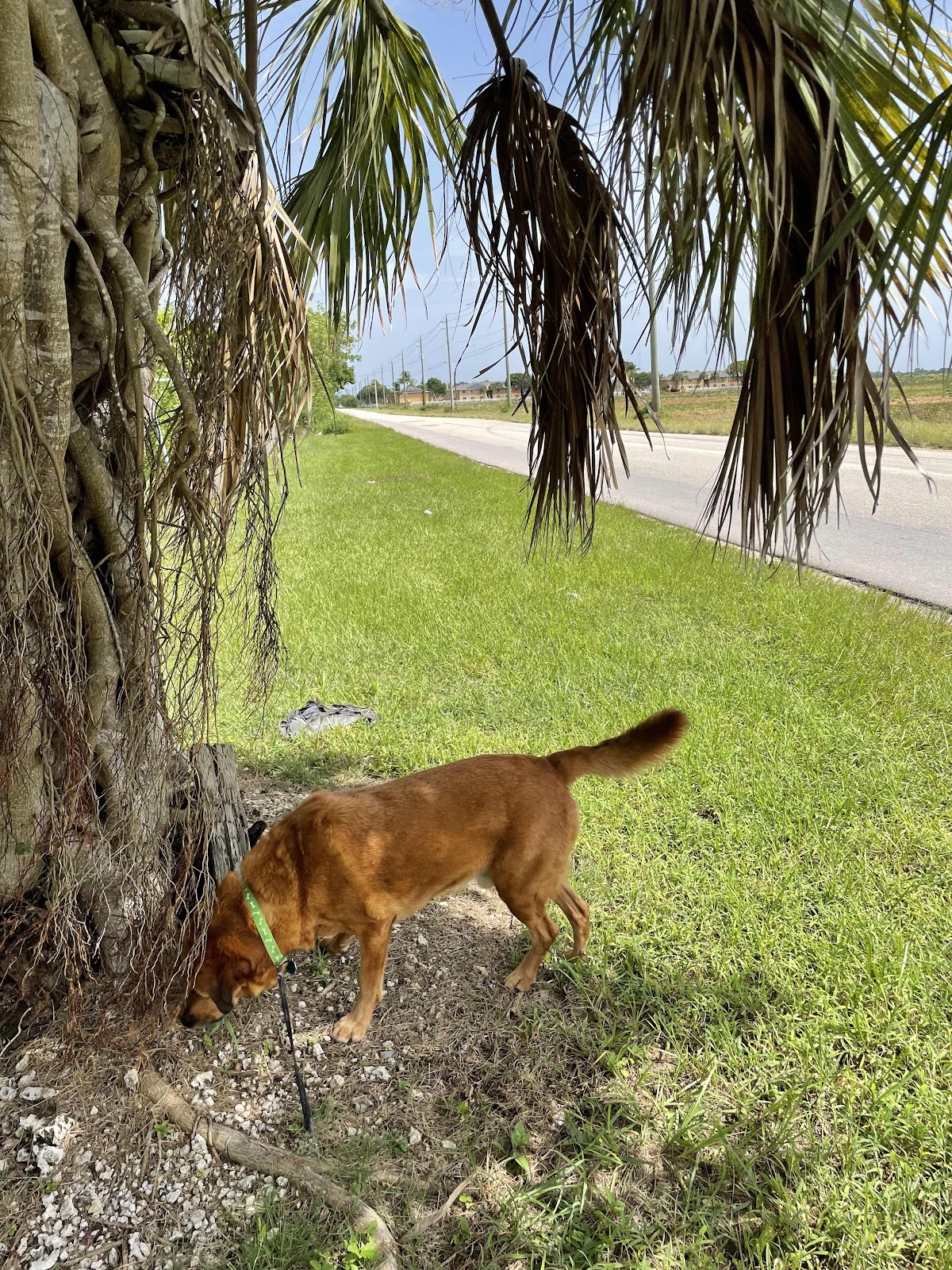 I don't know why I was surprised to see fields being converted into homes. Perhaps the surprise comes in the wake of the much discussed water problems of south Florida. The aquifer that supplies the Keys and the millions of mainland residents with fresh water  has been suffering salt water intrusion. As fresh water is sucked out it gets replaced by a  layer of seawater that comes in through the permeable rock that holds the aquifer. The more people living here the more salt water intrusion we get. 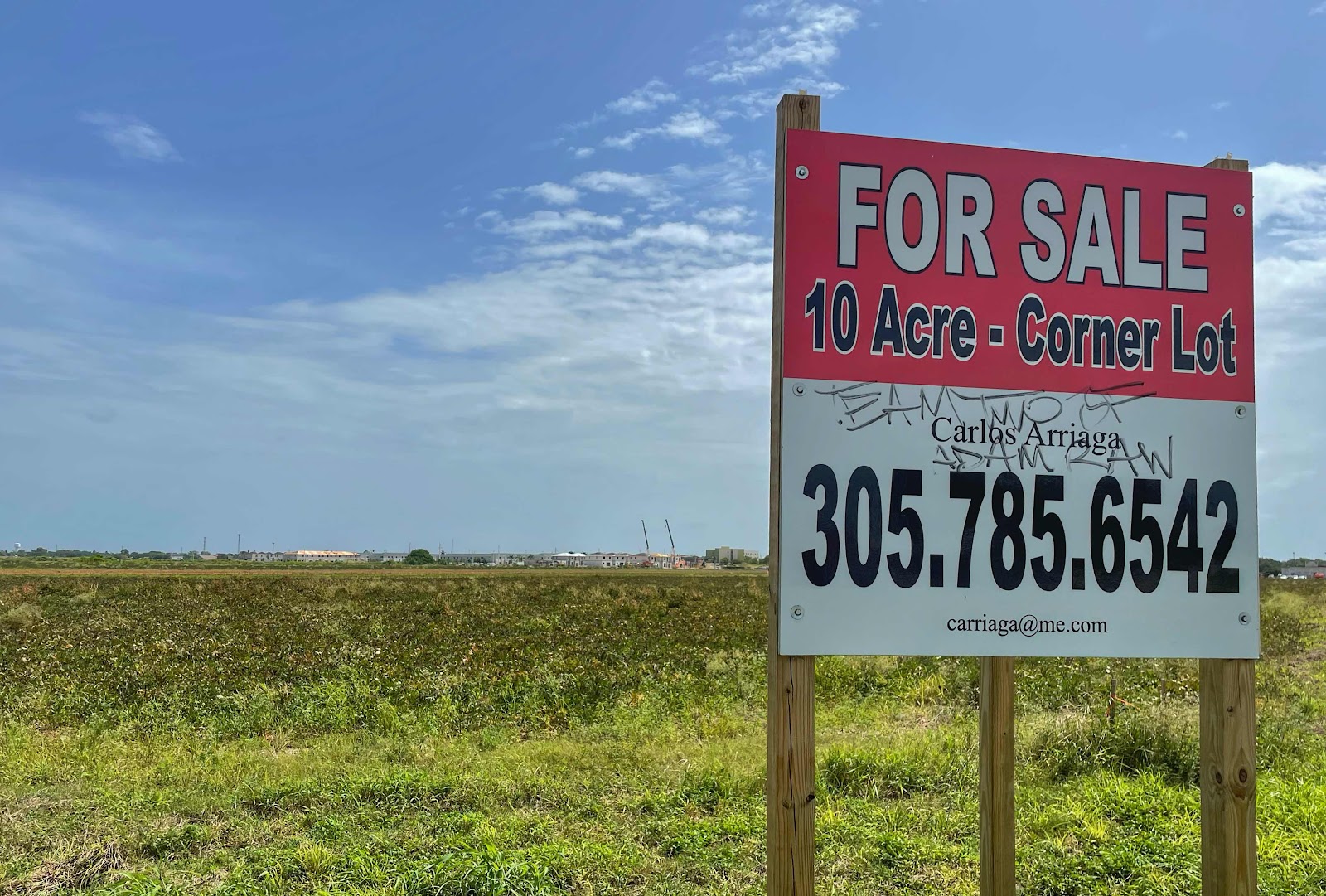 Slowly the orchards are giving way to indifference and are abandoned then torn up. Speaking as someone who ran away from a  life of agriculture I understand the impulse but one would like to think there is a cadre of people interested in growing food for the rest of us. 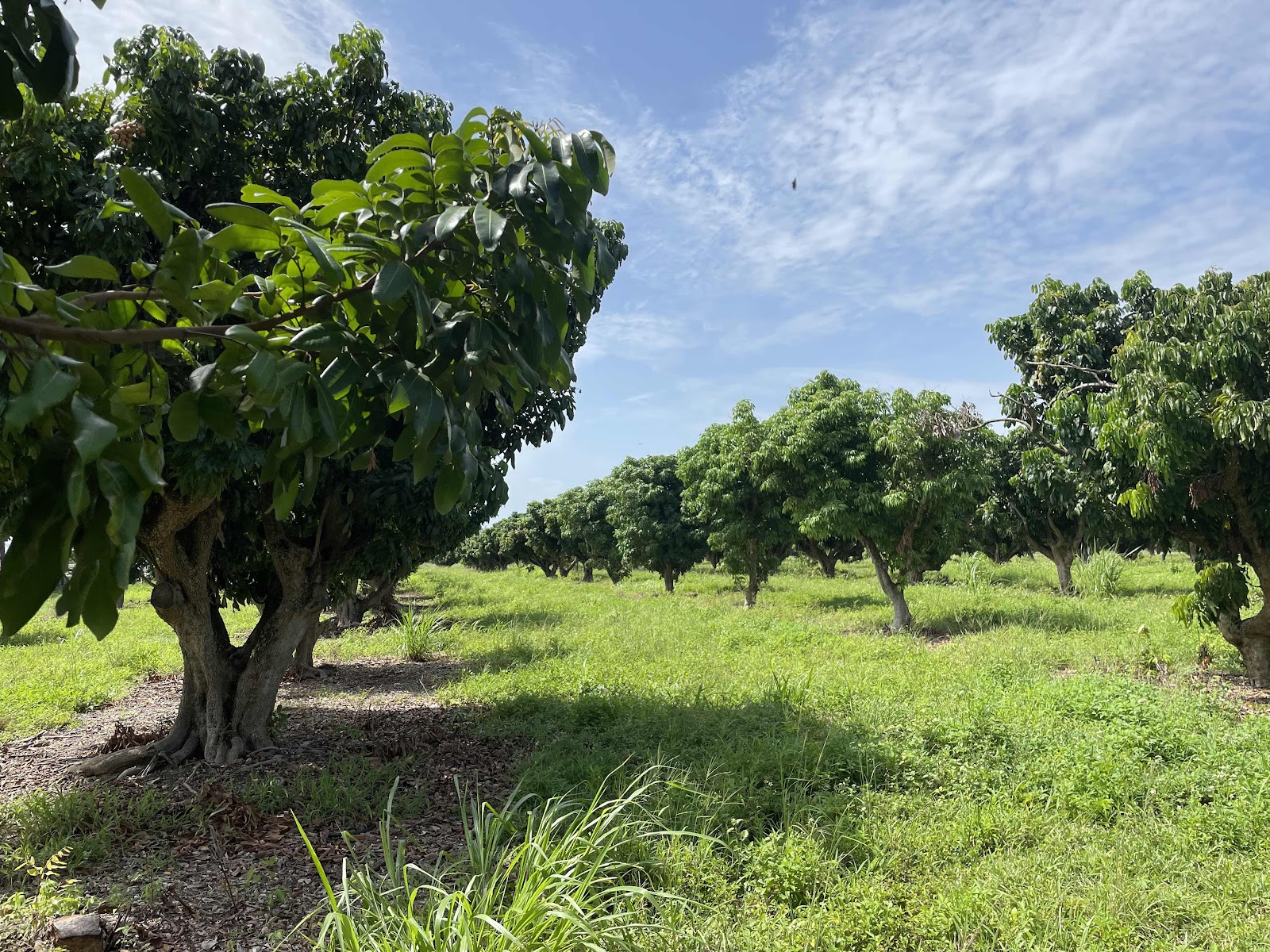 The 2020 census has issued preliminary numbers and the 75,000 permanent residents of the Keys from ten years ago have increased to 82,000 this year. That's a  ten percent increase which seems like quite a bit to me. I don't think they will miss me when I leave! I got a jury summons which unhappily coincides with my colonoscopy planned for the third week of September. I guess the gods wanted me to have a crackerjack week. The doctor's office declined to send me a letter confirming my appointment on the grounds a colonoscopy isn't grounds for postponing a jury summons. The clerk of the jury was way more sympathetic and told me to send in the form and they would check it out (in a manner of speaking) anyway and probably give me a postponement. 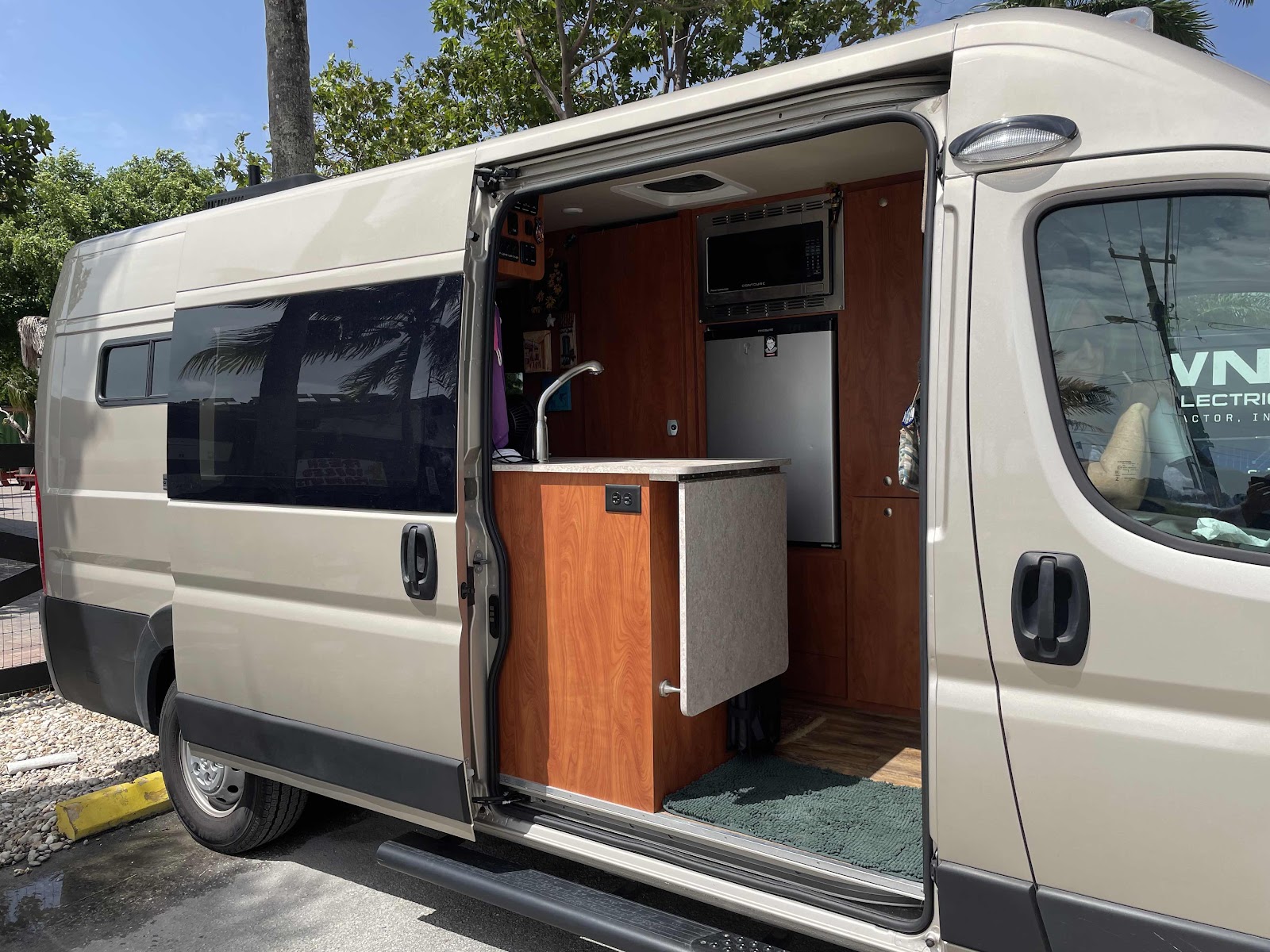 I found the whole thing weird. I wasn't telling the doctor to order a postponement. I just wanted proof that I wasn't blowing smoke. I'm not much inclined to order a woman with a camera in her hand poised over my backside to do anything. On the other hand the clerk was really understanding in a small town kind of way that makes me feel somewhat reassured.  I never get picked for jury duty anyway as the defense attorney knocks me off with a peremptory challenge if I even get that far.  I just show up to make up the numbers. This will be my last one and I am sorry I will never have got to serve on a  jury. I don't despise civic duty. 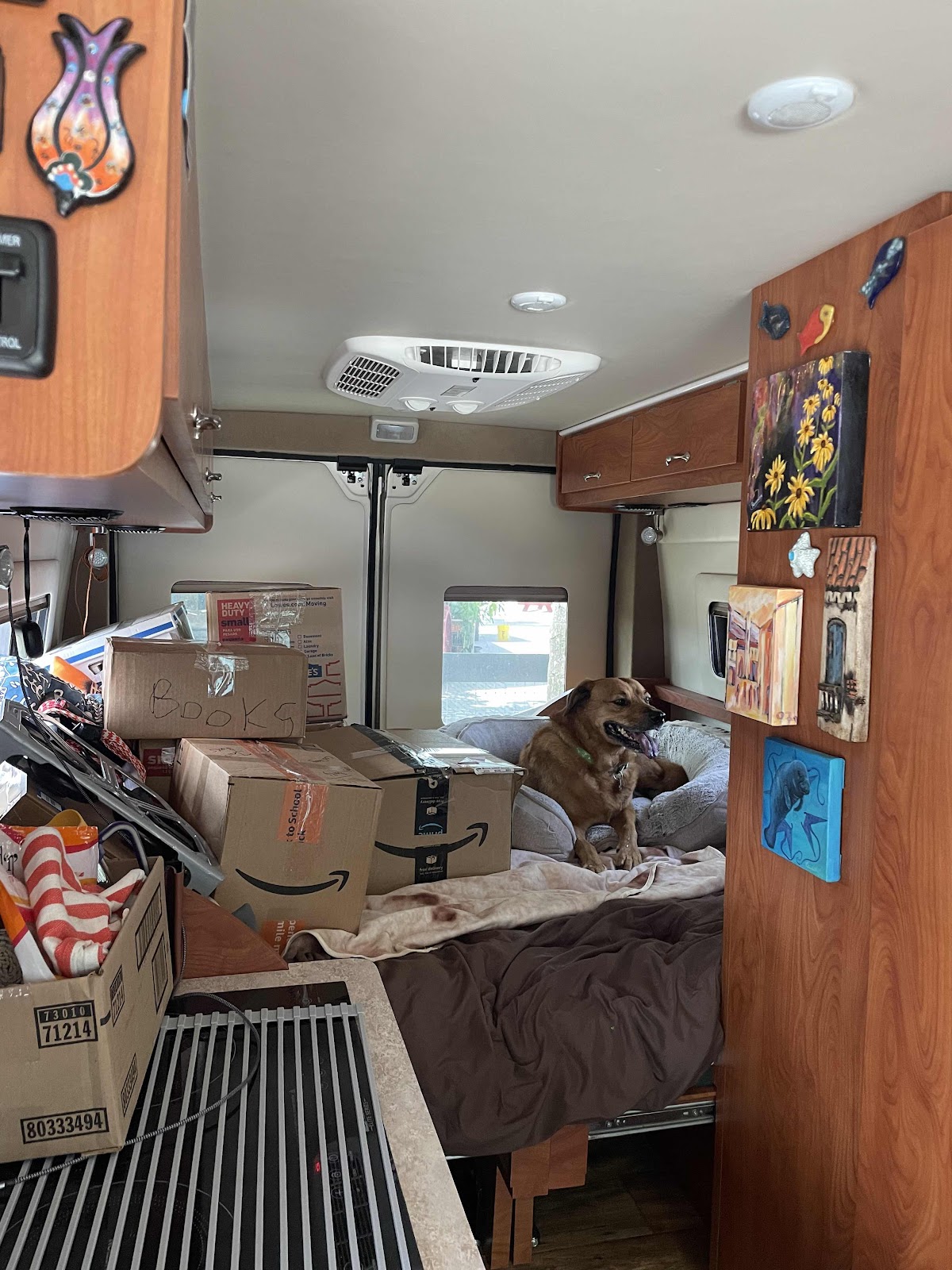 Rusty was very patient as he had to share his bedroom with a pile of boxes on their way to an air conditioned retirement near the Miami airport. I wonder if in a few years we will even care about their contents, or if the old folks home will even let us use our own plates?  Still, Herself is reassured by the process of boxing up her memories so we are emptying our home into a storage locker... 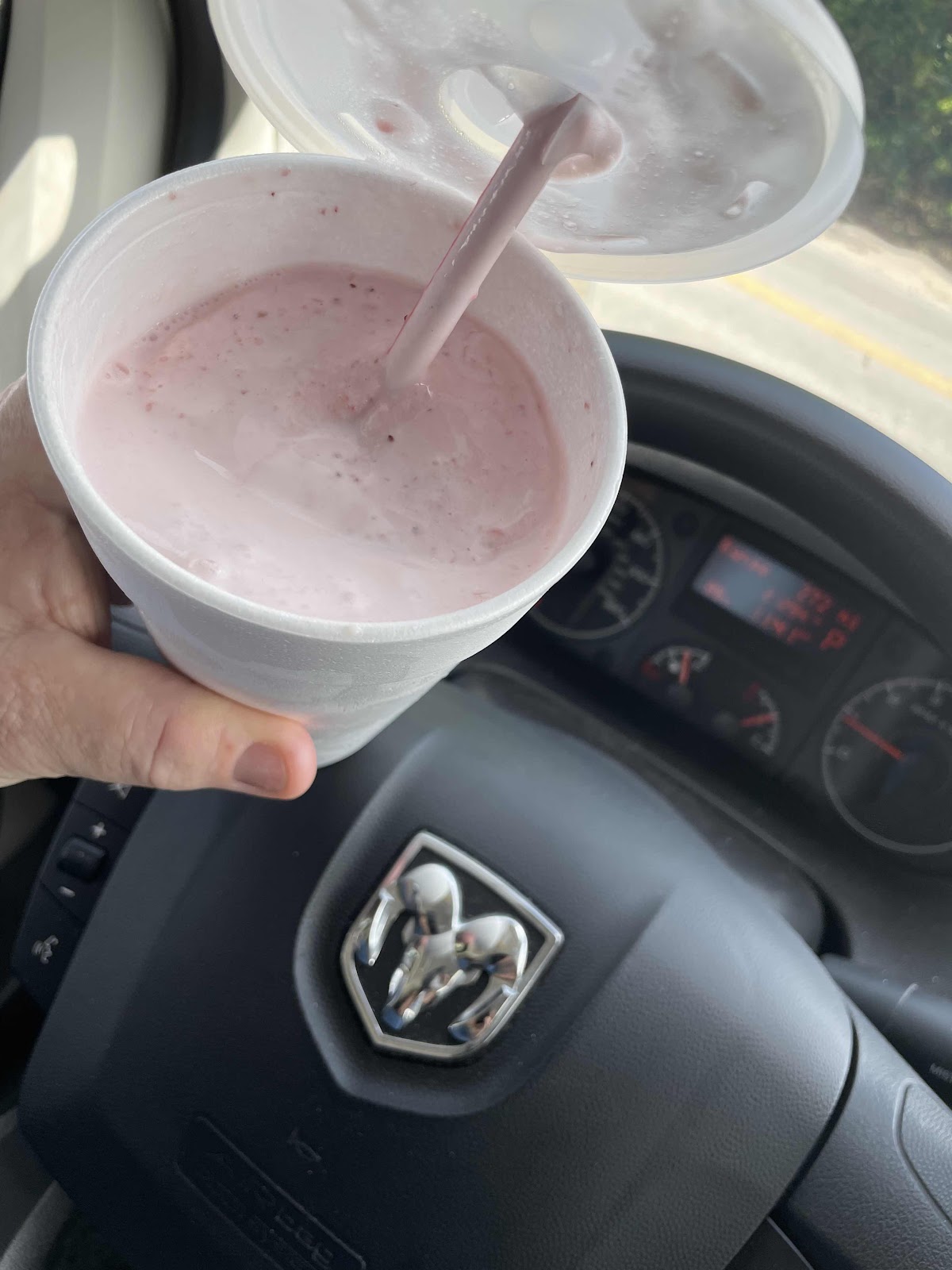 Strawberry milkshake, light summer traffic and a new laptop computer for my wife to map out the forthcoming journey ("Dude! You've got a Dell!").  The Lord giveth Stuff, The Lord Taketh Away Stuff. Blessed Be The Name of the Lord. Blessed be the light summer traffic in Miami too while we are busy giving thanks.
Posted by Conchscooter at 7:32 AM 1 comment: