I cannot tell a lie, I'm seeing the parade of RVs start out heading north and I am glad. I look forward to less traffic and more breathing room. But then I am sad because the end of winter season means the end of Rusty's playtime with his buds. 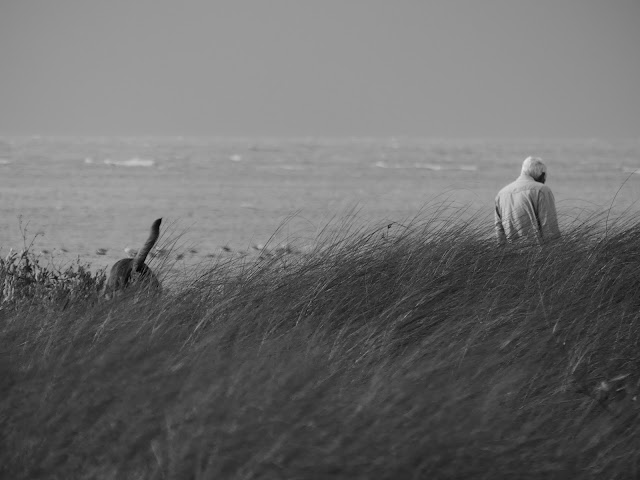 We met Brian and his Labrador Sam as they arrived on the beach last week but Rusty was looking to play with the Dalmatian Lucas who hadn't yet showed up. Rusty kept casting glances back waiting for his special playmate: 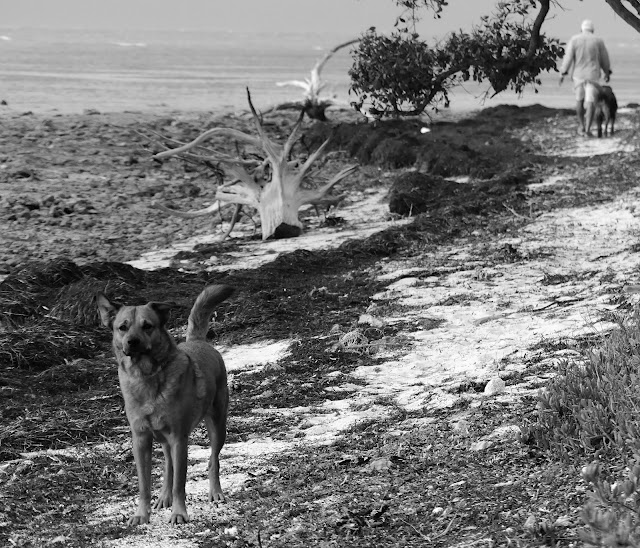 It was windy and the breeze gave the surface of the water a steely look which I rather enjoyed photographing as we waited for Richard and Lucas. 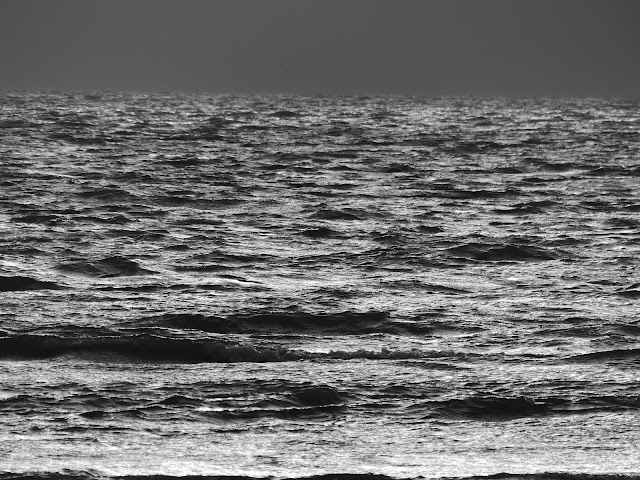 It threatened  rain but the water never materialized. 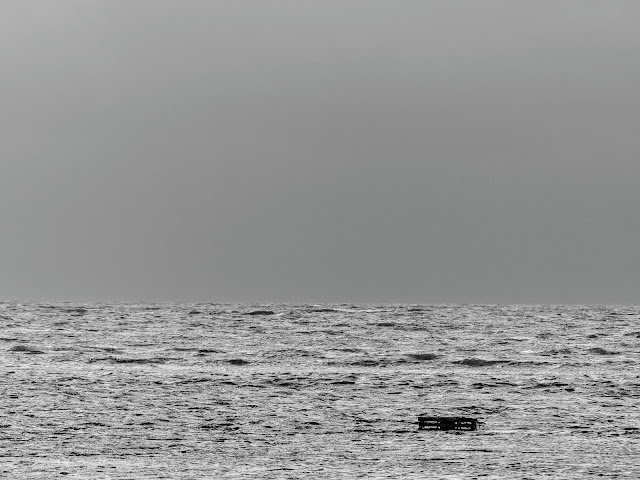 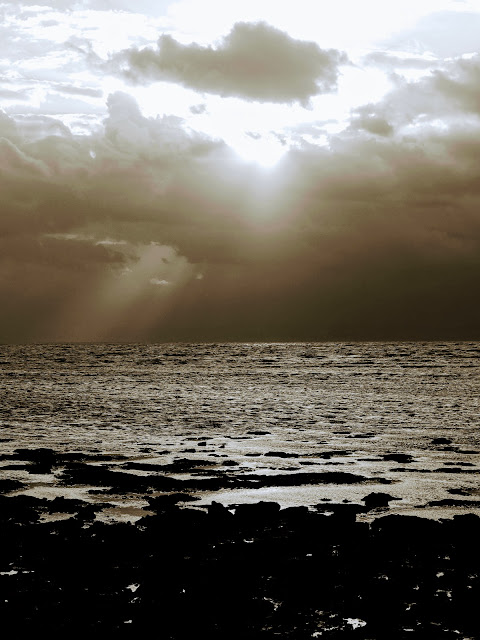 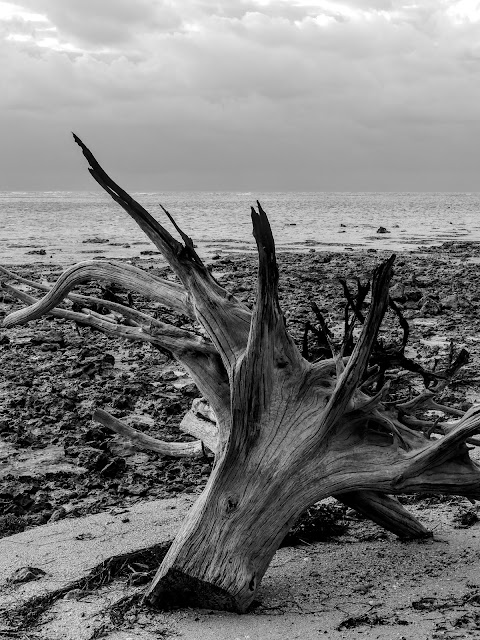 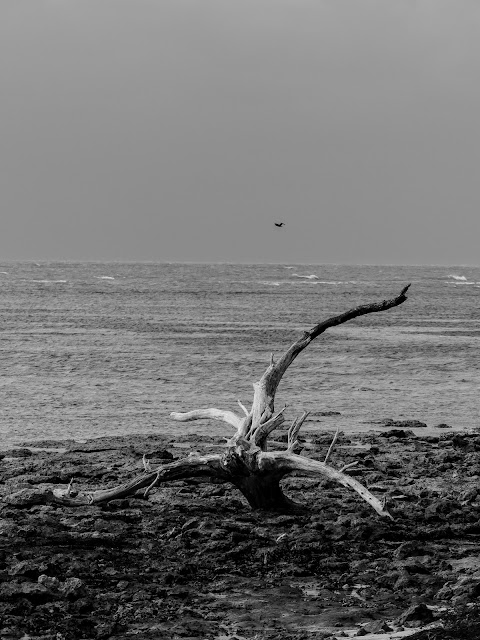 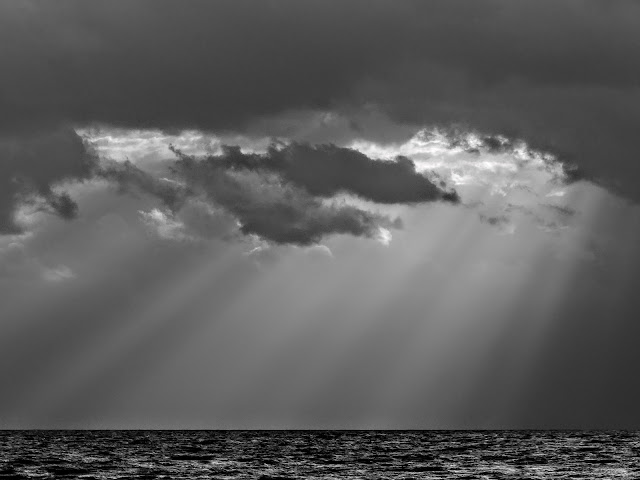 And then it happened and they ran and ran and ran and dug holes in the sand to sit in and cool off. Rusty makes me feel good when I see him confidently playing with other dogs, especially big dogs, after he was so scared of them when I first got him. He had a tough life as a stray. 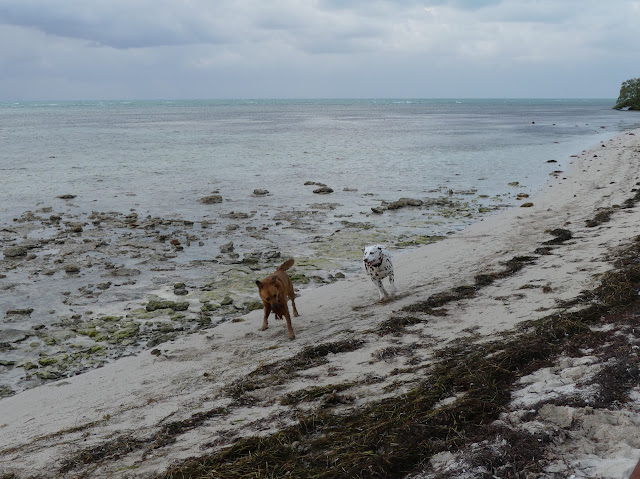 Richard has promised to be back the last week of November so I will be sure to show up with Rusty. I hope he can contain himself till then, poor thing.
Posted by Conchscooter at 12:00 AM 3 comments: