I met a reader George who mentioned he liked black and white pictures of Key West. This is Fantasy Fest week, an otherworldly time in Key West, appropriate I suppose for an other worldly view of a Fall town filled with light and color, during the day. 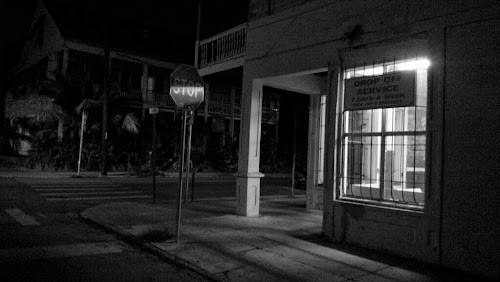 I parked on Elizabeth Street and let my dog lead the way. She was having fun so I didn't get a huge amount of time to compose my pictures. Cheyenne having a good time makes me happy so I was okay with being tugged along. She did try to stop long enough to let me compose a frame but she was ready to walk, and two hours later she was done. That was when I should have been taking pictures, with my hairy Labrador stopped and panting for breath... A nice lady stopped by while Cheyenne was taking a pause in the alligator position, tummy down and paws spread in the gravel panting heavily. "Is she okay? " she asked anxiously. She must have thought I was a heartless bastard when I laughed my assent. 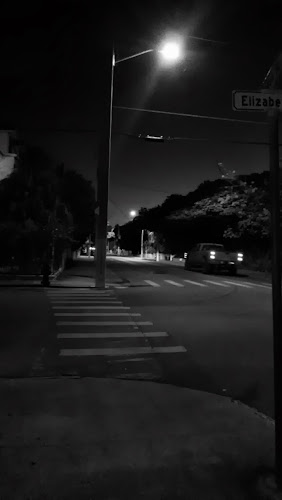 She's fine I said, just getting her breath back. The kind old dear offered to find water but I refrained from pointing out she had just lapped half a puddle. She's fine I insisted. I didn't think that explaining that she preferred to indulge in left over rain water would put either of us in a better light. Even at home she will only drink clean water out of her bowl when she can't be bothered to go down stairs to drink out of a muddy bucket of water growing pineapple shoots. 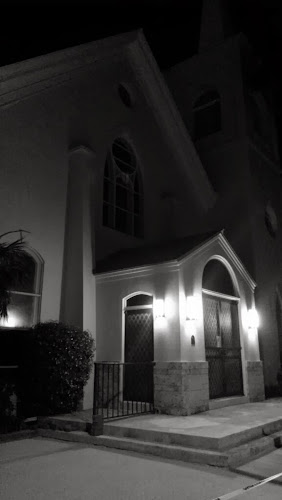 They say life comes at you in groups of seven years, as your cells take that long to completely replace themselves throughout your body. I read once how your personality changes every seven years along with your molecular make up. Thanks to the Internet you too can read this stuff, though it's a bit like a horoscope in as much as its so vague as to make it vaguely acceptable to anybody. A pinch of salt goes a long way. Every Seven Years You Change is a neat list of changes real or imagined. 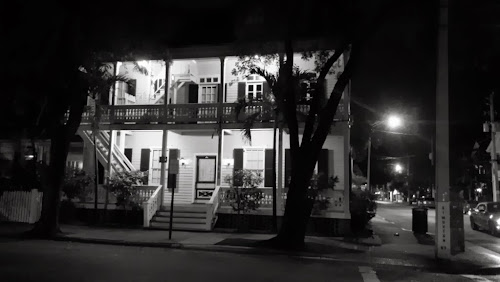 While I am about as spiritual as a cabbage, the idea that life has a cycle, that we all end up living similar lives in general terms seems obvious, as unwilling as we are to accept that we aren't unique. My own life follows those cycles in broad terms. I'm closing in on 56, a number divisible by seven and I'm wearing a neck brace as my bones in my neck have grown spurs and are compressing two of my discs. It's manageable says Doctor Collins but arthritis is arthritis. The machinery of life is winding down, and it's the process we all go through, if we don't die first. 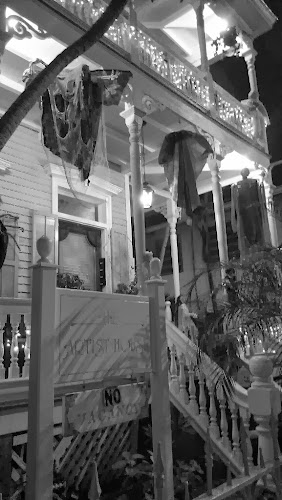 The baby boomer generation is my world, and I'm at the tail end of it. The X and the Y and the Millenials are all coming up after us, but I belong to the biggest generation of game changers in history and I can't tell the new generations apart. X versus Y? Huh? There's a new doctor in town advertising her photograph on the front page of the paper (as though her picture matters) and she looks so young I doubt she's graduated high school. It's not she that's young, it's me that's old. 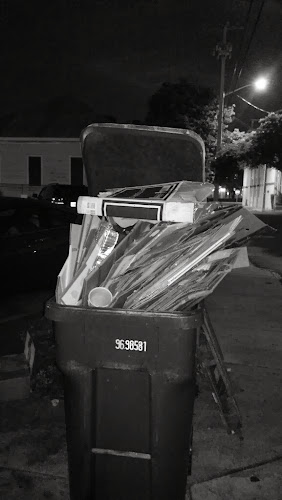 I have made the best of a strange hand dealt to me at birth, an unwanted member of a family that has spent far too much time rewriting family history. For some people being a contender is a big deal, for others family matters but for some of us experience is what counts. I've enjoyed lots of that and I'm enjoying my settled life that I has come up on me unannounced. There are things I'd like to experience and I wonder if the time is there... 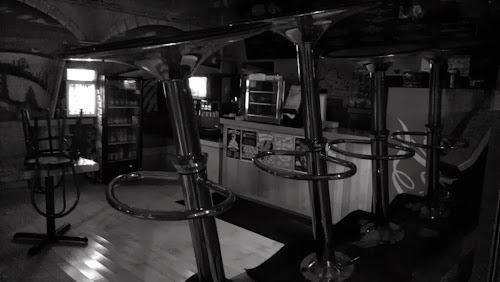 I had been planning a new Iron Butt long distance ride, my third on my Bonneville, until this neck problem showed up. Now I am focussing on fixing it. And that's a change for me, Mr Invincible. Cortisone and neck brace now, Iron Butt later. 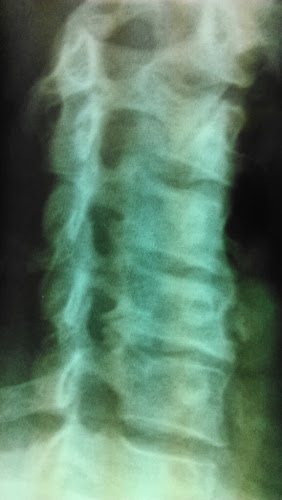 I always thought I'd end up with a hack when unable to hold up a solo motorcycle, but a sidecar wouldn't do much good to my neck. I feel more comfortable on my wife's sit up and beg Vespa than the forward leaning Bonneville... Good Lord! Will I be a candidate for a cruiser? 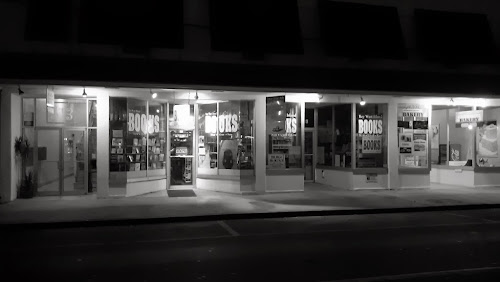 The recent full moon has given me reminders of the pleasure I get from riding. I tried to get a picture but it was crap, when I paused on my ride to work Saturday morning before dawn. The moon was reflecting off a stream of silver water below, ducking between fast moving clouds overhead. The picture came out black with a white smear of clouds. Instead I found the La Concha hotel on my morning off work reflecting moonlight like it was day. 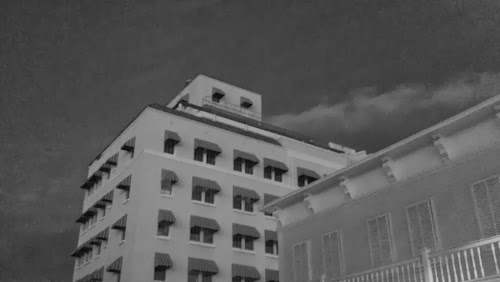 I wonder if the driver shown takes time to enjoy the beauty? I hope so. It's an esoteric question but I used to enjoy the views when I was driving a truck around San Francisco Bay. I don't miss the cold and the fog but I had fun humping heavy shit round The City. 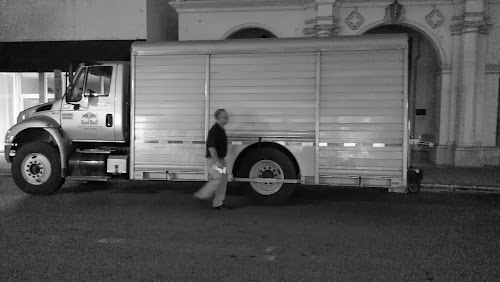 The newest law of the land is slowly coming into effect and I take pleasure in knowing half a million Florida children will get access to affordable health care, even though our Republican law makers are fighting it like mad. Then they say it won't work after they have fought so hard to deny ordinary people access to what we lucky people tend to take or granted. I paid fifty bucks for the doctor's visit with X rays, and twenty seven bucks for the pills. Lucky well insured me. It seems so silly to hire people who hate government to run it. Might as well hire me to run a bank. I'd be happy to do to a bank what our law makers do to law making. 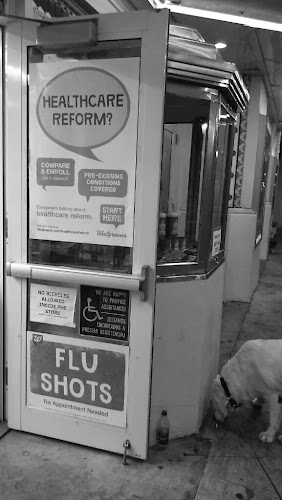 Duval Street in shades of gray. I hate to think what has been done to the flower bed to make Cheyenne so interested in it. 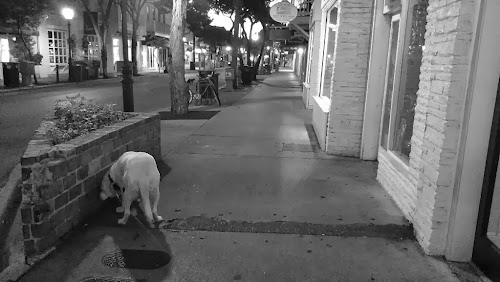 Time marches on, the sun is coming up, another day is forming. 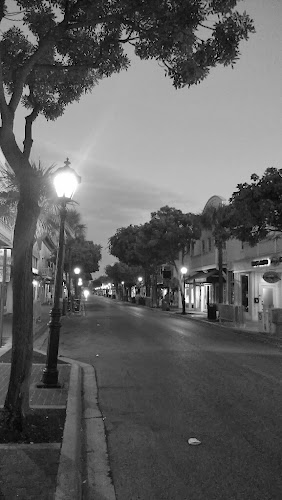 Another chance to live life, bone spurs or no.