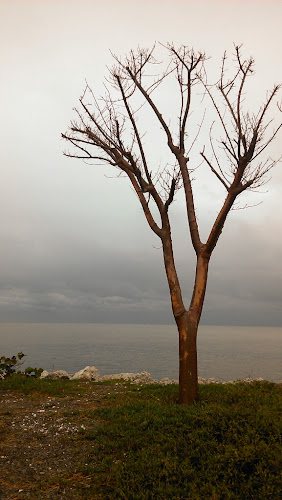 Sometimes you need to stand at the water's edge and instead of looking forward to a hot summer's boating, you just need to stop and look at the horizon. 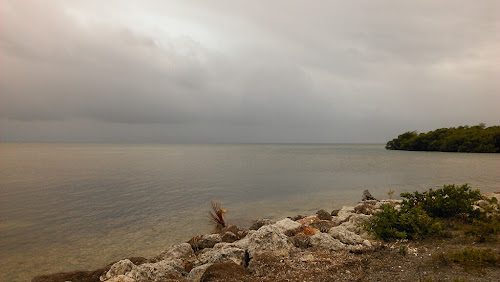 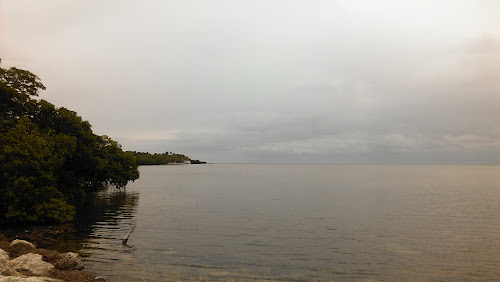 I love seascapes unruffled by wind and waves. It's like a huge Japanese meditation garden. 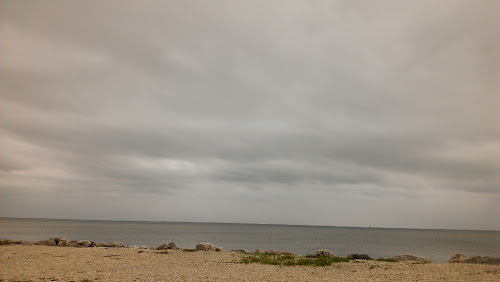 Unless you are my headless dog who prefers hunting in improbable places to enjoying the view. 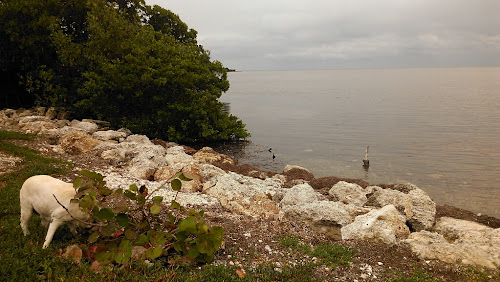 A sentimental appreciation for Nature's beauty is not Cheyenne's strong suit. 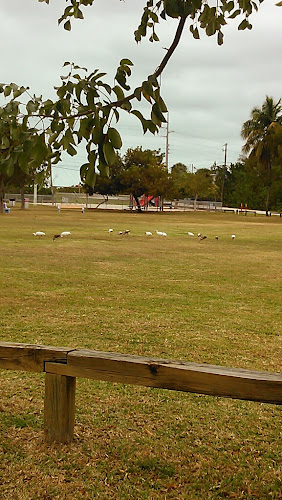 Neither is it I dare say, for a flock of ibis going about their business at the park at Bay Point.

A Challenge To Love

Say what you like but it takes a special talent to love Marathon. 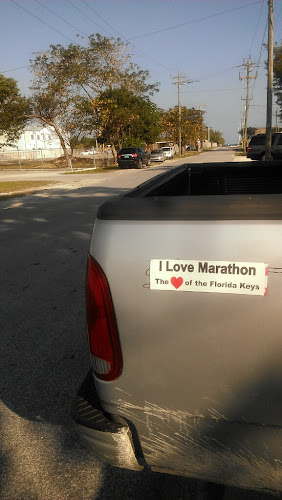 This is the heart of the Florida Keys? 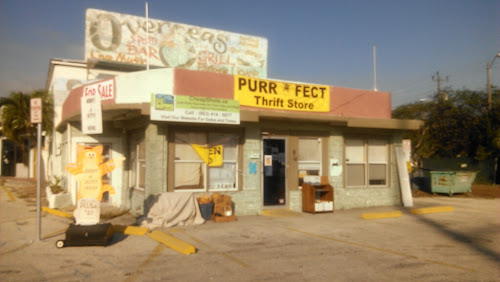 Not only that but the city forces you to drive the north end at an absurdly slow speed until you get on the Seven Mile Bridge. 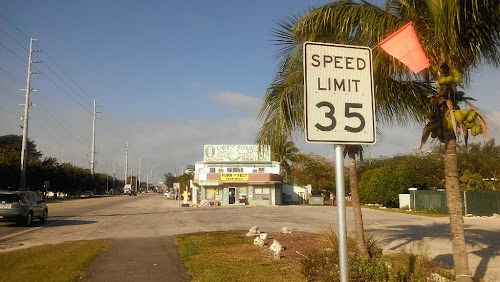 Marathon is a stretch of four lane Highway One on either side of Mie Marker 50, and the city makes no bones about its industrial roots. Where Key West is a tumble of wooden houses on narrow lanes, Marathon is a set of straight lines spiking off the Highway, those to the south described as "Ocean Side" those to the north as "Gulf Side." 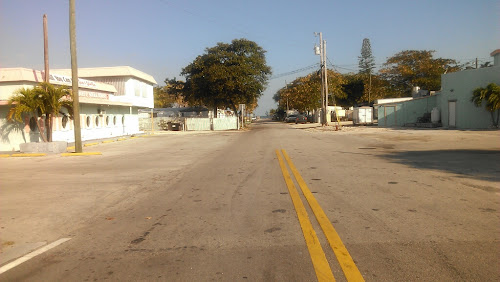 Marathon wants tourists and some people do stay here in what is euphemistically called a family friendly environment which is to say Marathon does not have a reputation as a gay haven, which Key West does even though the gay component of the Southernmost Coty has been shrinking over the years. 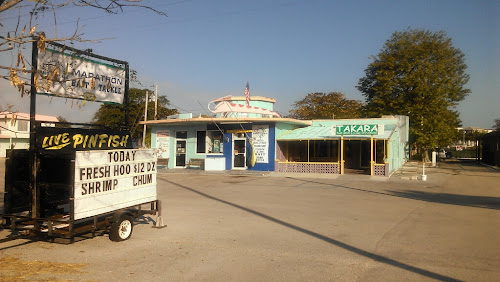 The Border Patrol station was built here to much opposition as it was viewed as likely to bring the wrong element to town, which is kind of weird as the Border Patrol ere doesn't deal with what you might call hardened criminals. Most Cuban migrants want a fast ride to Miami and a new life with their prosperous American relatives. 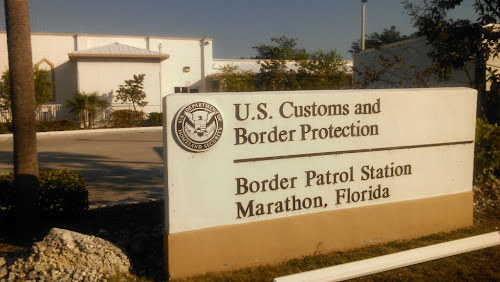 I was amused to see the Bimbo Bread sign over the town. When i was traveling through Mexico I sued to see the brand for sale everywhere, the equivalent of US Wonder Bread, and equally tasteless. Amazing really in the land of delicious corn tacos. 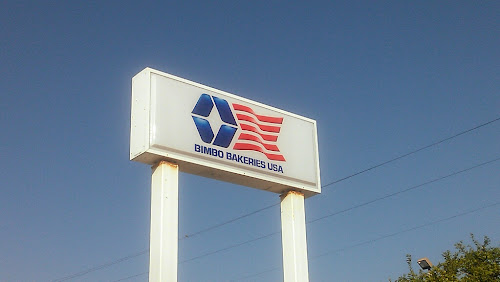 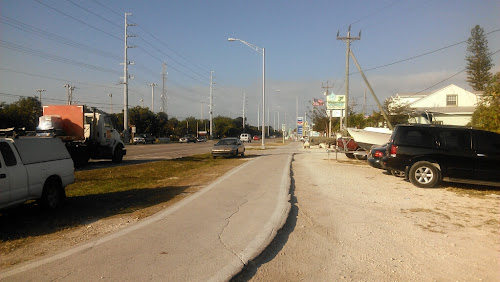 Cheyenne naturally found a park with thick soft grass and a chance for a rest. 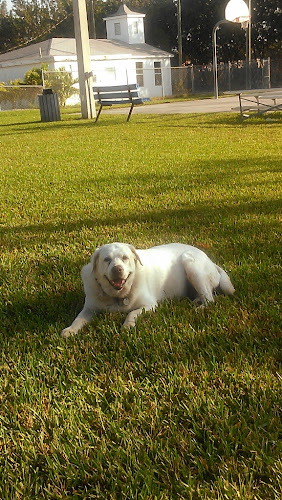 The boatyard was for sale with a few boats left over in the yard. It had an air of decrepitude and the usual dustiness of a boatyard. 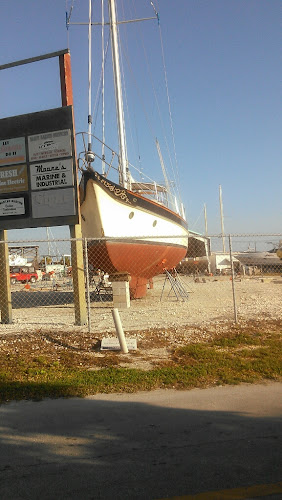 Marathon has a few fish restaurants worth eating in and they do a lot of fish chasing in this town. 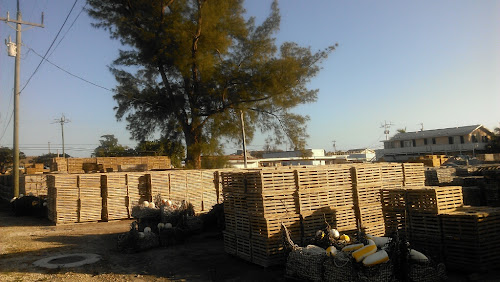 But for some people this really is the heart of the Florida Keys and its what they want for a vacation spot or a place to live. It's a bit bleak for me though we did consider buying a house here once. 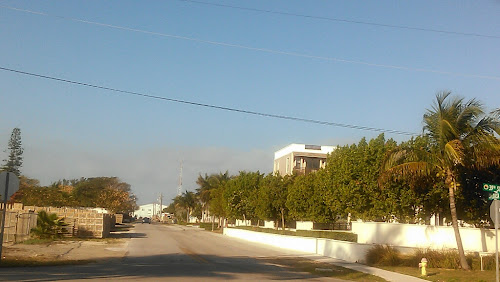 I like the utility of certain stores, the Home Depot is easily accessible, there's a great liquor store in town and Publix for some reason is bigger and better in Marathon. I also like the Driver's License office and the hospital better than their equivalentsbin Key West. But most of my life is pointed at Big Pine and Key West and that's where I go. Crossing the Seven Mile Bridge to Marathon usually happens as part of a trip to the mainland and. Hats when Marathon s a 45 mph wide spot in the Highway. Besides I like the color and madness gays bringbt a community of boring straight people like me.