Not too long ago I photographed a version of this sign  that appeared one morning, unbidden at the Ramrod Pool. This picture I took last weekend snagged at a poor angle for the light but which included my inseparable walking companion of course. 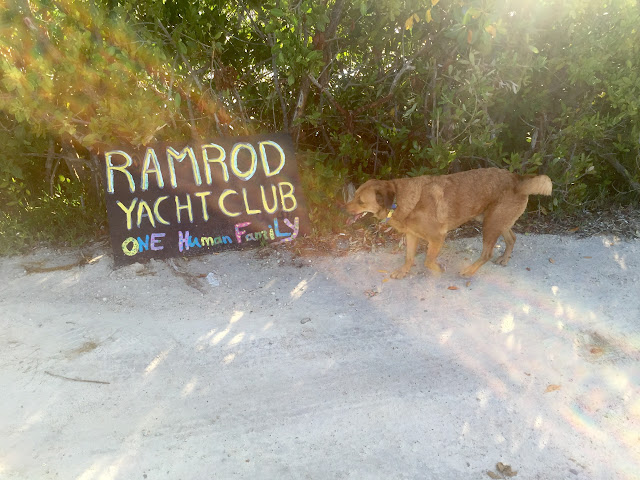 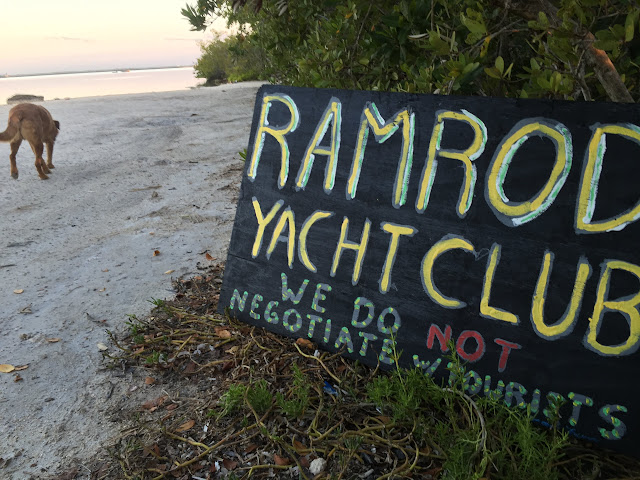 "We do not negotiate with tourists" which I thought was rather funny. Instead some delicate soul went to a fair bit of bother to rearrange the anarchic sentiment into the more saccharine and socially acceptable  "One human family" logo, which  crops up everywhere and seems to have lost its meaning in the gold rush atmosphere of modern Key West. Perhaps I am allowing my curmudgeonly instincts to get away from me. 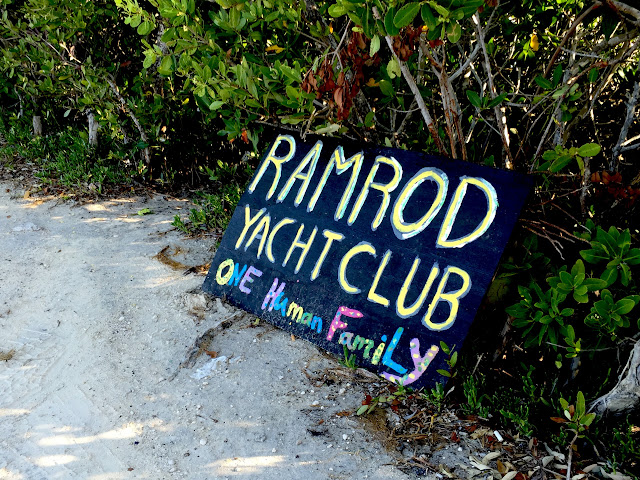 The thing is there was a habit of lighting a campfire in a well formed ring on the "beach" at this undeveloped state park. People come here after work and sit on the shore and slap mosquitoes and drink beer and argue over how many angels can drink on the head of a pin. They are working people enjoying their Key and they are no bother to anybody. Except they were because some visitor or part time resident with not enough to do complained to the county who wrecked the fire ring and stuck up this sign: 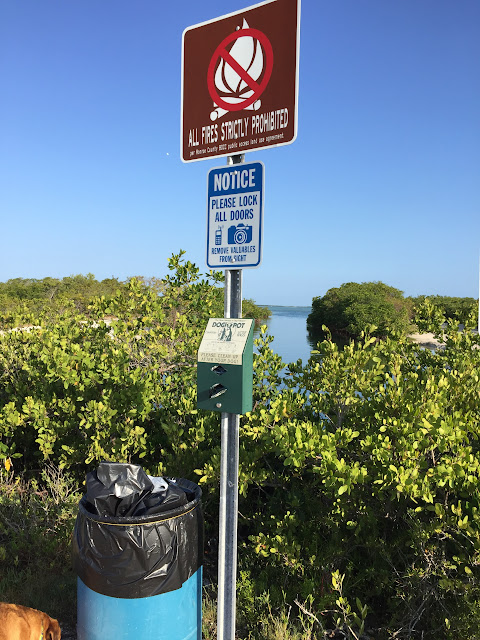 The One Human Family ethos would condemn finking about something that hurt no one, was done responsibly and brought people some low cost fun. I don't know who created the sign but I'm guessing the original sentiment was a swipe at that whole :ownership and use" of the Ramrod Pool. Not exactly in the spirit of one human anything.
So here's a nice picture of a mercifully empty Seven Mile Bridge under a hot sun. For no reason at all. 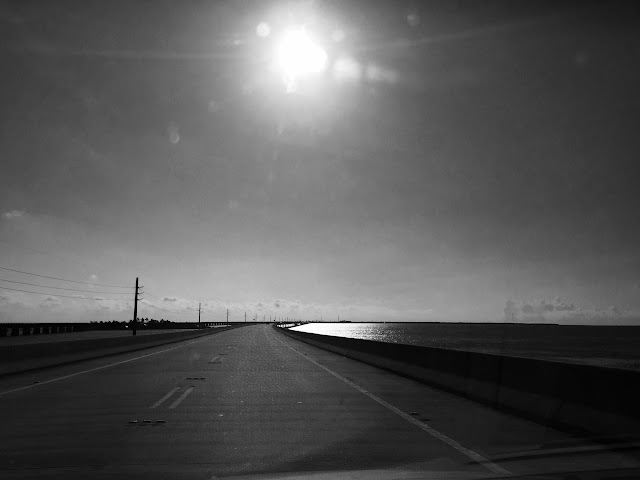