Once upon a time I used to enjoy living on a  boat. I did it a lot in California which is odd because coastal zones in that state are foggy and cold. But there again I never even thought about air conditioning on my boat in Santa Cruz. It was quite the outdoor life for the very extended summers when it doesn't rain, nor does it get too hot. A heatwave in coastal California one could say would be a temperature of 80 degrees or more. 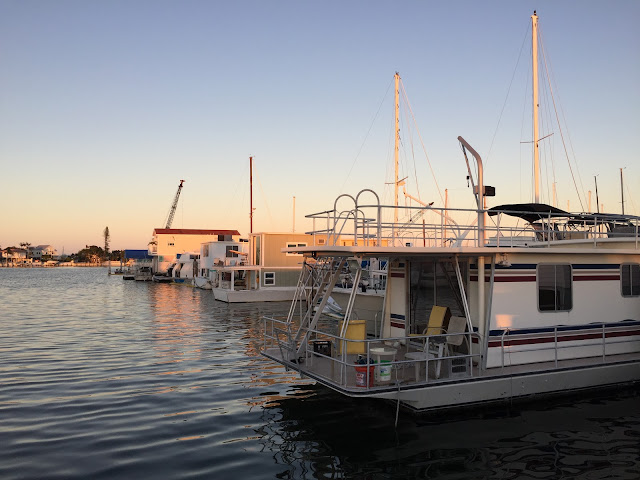 These days Garrison Bight Marina located more or less in the middle of Key West on the northern side has returned to its bucolic function as low income housing in the city of millionaires. Hurricane Irma surprisingly didn't do huge amounts of damage two months ago. Of course if it was your boat that got wrecked then the damage was too much but most of the marina seemed to pull through unscathed. 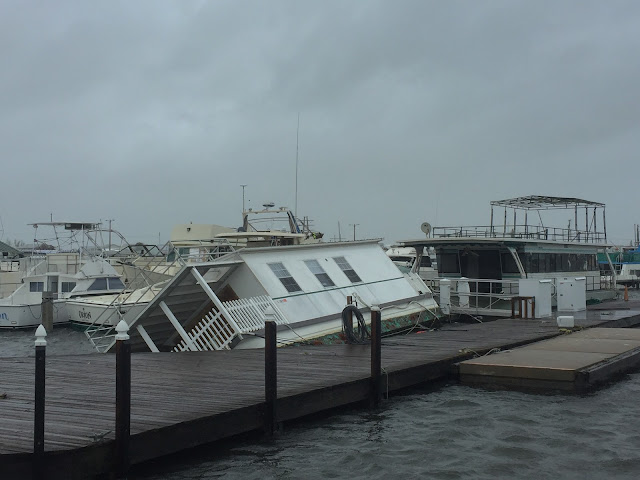 A couple of sailboats sank out of sight, only the tops of their masts showing. Most of the damaged boats, and they've removed 1100 so far from the length of the Keys, were anchored out. 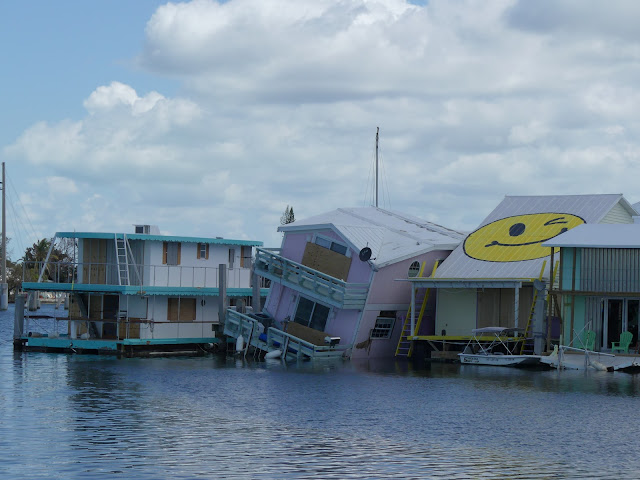 In nautical language a bight is an indentation in the coastline suitable for anchoring. Originally Garrison Bight was an indentation on the north shore until Henry Flagler's engineers came along and dredged up dirt to enclose the north side, as you can see in the background of these pictures, and ran their railroad out to what is now the Coastguard base and what was then the ferry terminal for Havana. 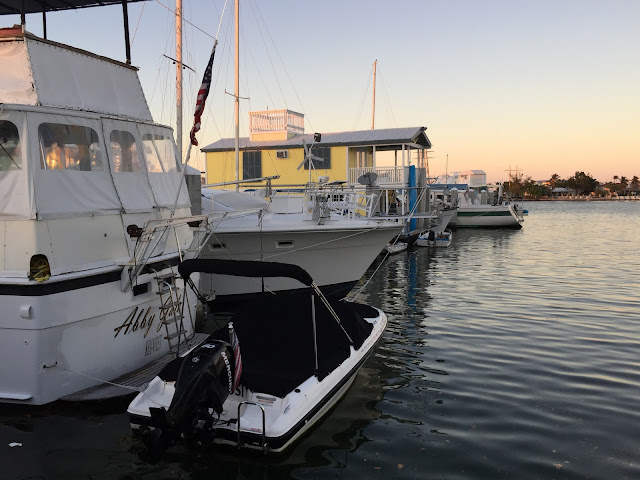 Having established that the city marina is well protected from the weather we can also understand that its a bit of a hike all the way round the Navy Base on Fleming Key, through the harbor and out into open water. A sailboat under power will easily take an hour to navigate the switchback channels to get out into open sailing waters. Thus the marina finds its true role as a place to live even though slip fees will be over a thousand dollars a month for most residents. Indeed there are often waiting lists to get a berth here. 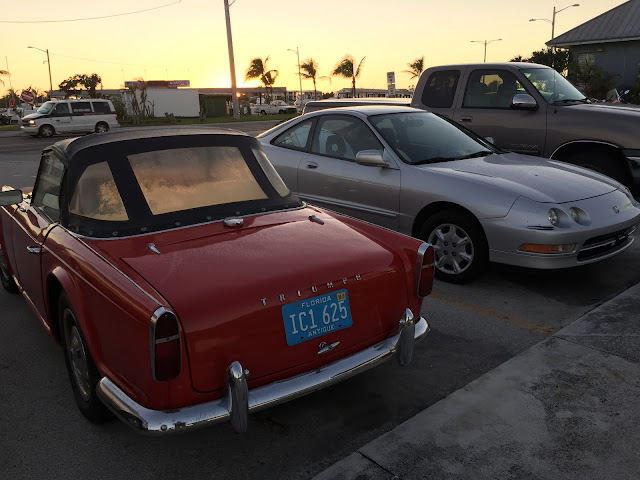 The marina is located right off two of the busiest streets North Roosevelt and Palm Avenue and facilities are fairly basic. You park whatever vehicle you own out in the weather and salt air. 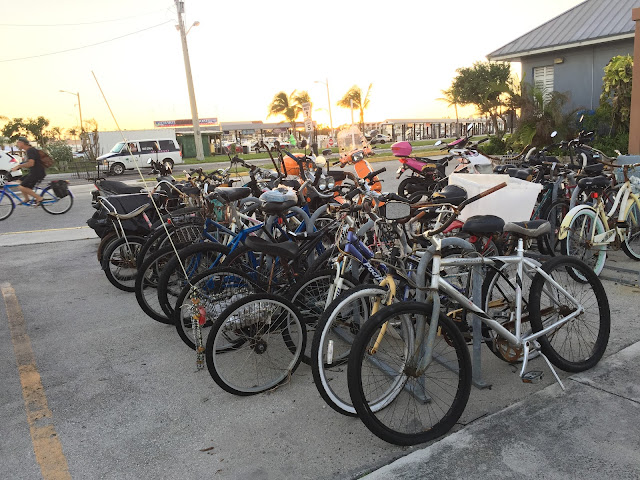 You live cheek by jowl with your neighbors and you don't actually untie the boat and go sailing or anything like that. It's just too complicated to put everything away, unhook the air conditioning, put the plants on the dock and so on and so forth. 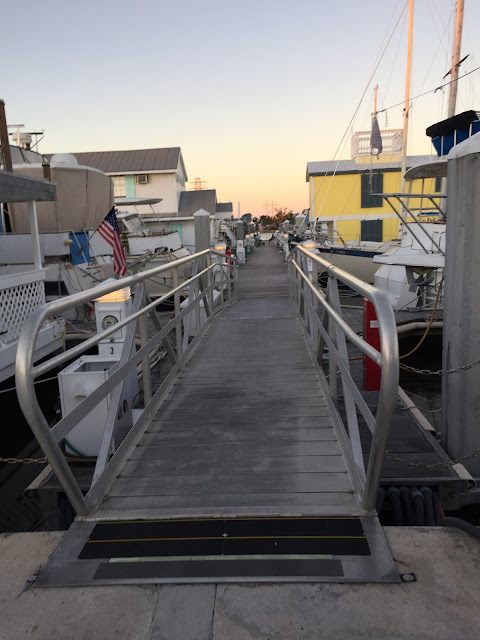 Dealing with human waste is an issue too, and the city offers a boat to go around and collect all that fertilizer by pumping out holding tanks. Better to make the trek to the shower block and use the ablution facilities there. And if it's fancy you want don't look too closely. 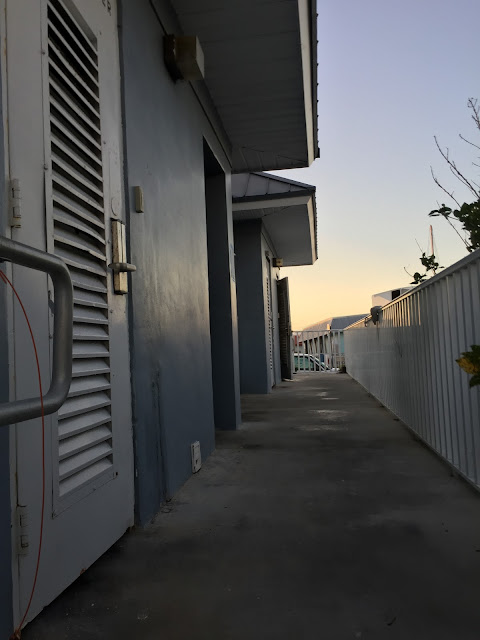 Still the facilities are here: 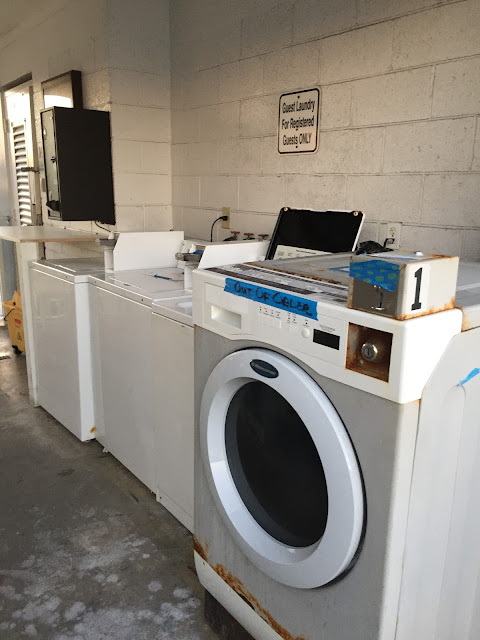 And the showers are for key holders only. I've seen a lot worse in some of the marinas I have stayed at. And you are 1o minutes by bicycle from Duval Street, so there is that for good or ill. 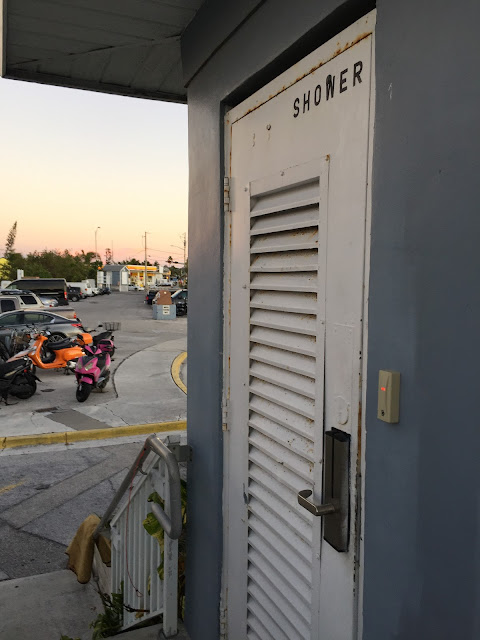 Peaceful water living after a fashion. Boaters like to compare this to waterfront homes illustrated in glossy magazines. 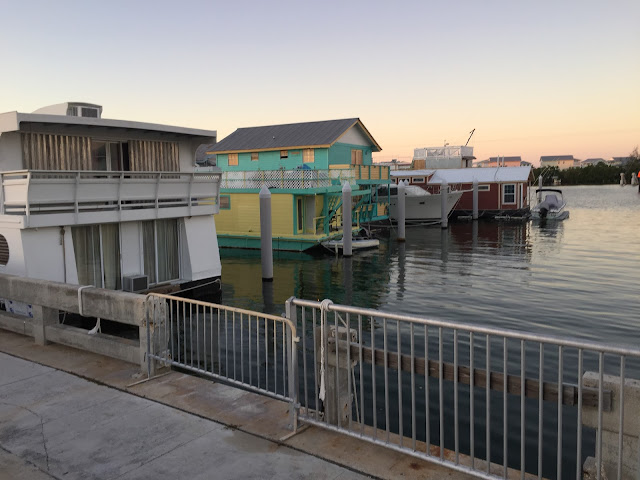 The smaller the boat the more it gets used for traveling around: 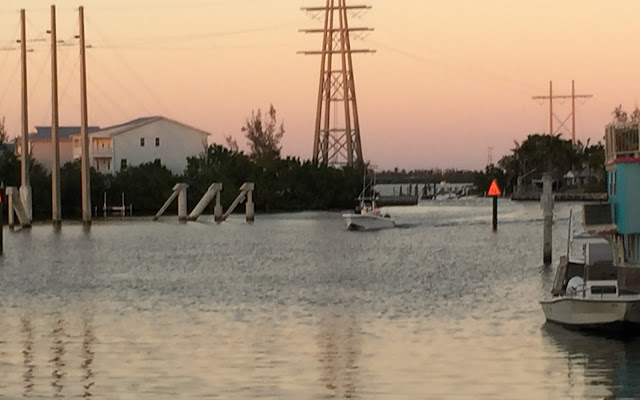 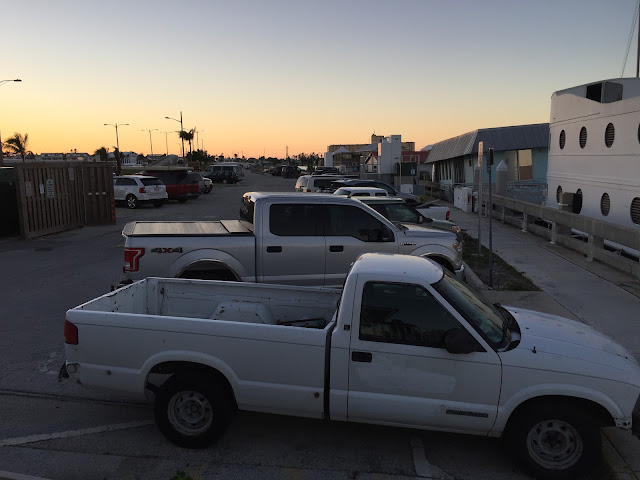 Palm Avenue (wherever did they get the name?): 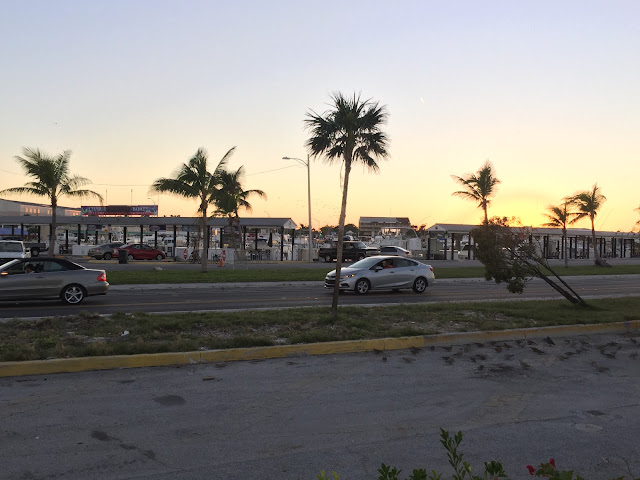 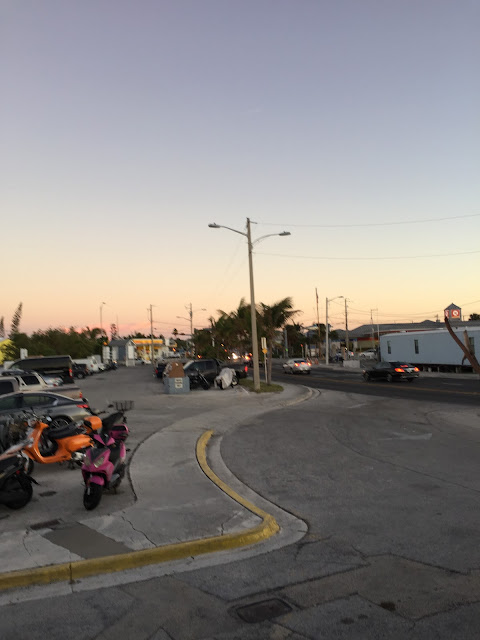 On the other side of the marina past the low bridge that is Palm Avenue (unfriendly to sailboats) lies the fishing boat dock called Charterboat Row. If you want to hire a boat and captain come by: 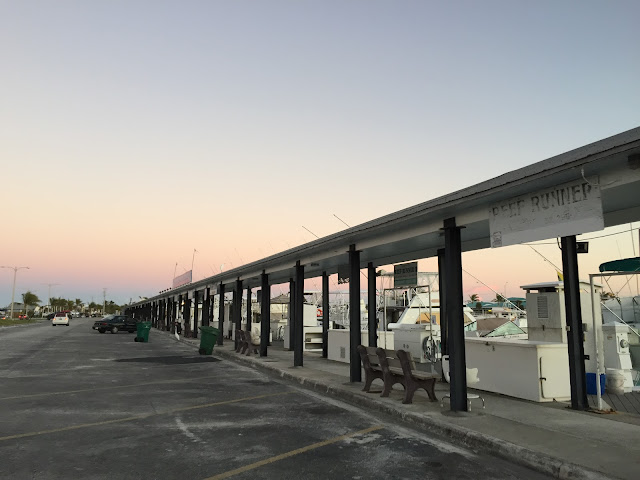 Some Links to other essays I've written on this intrinsic part of Key West: