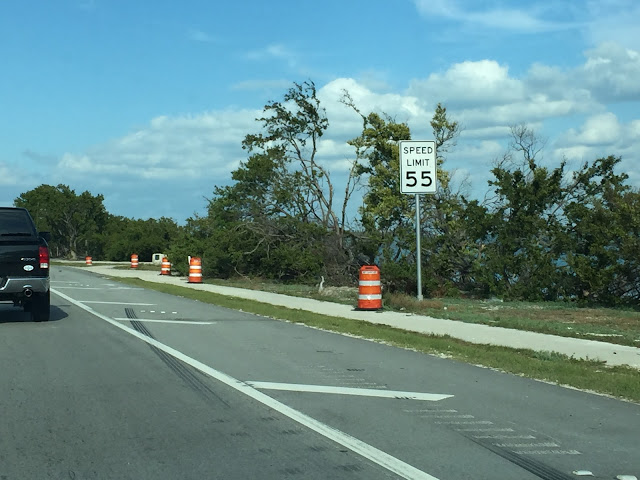 I have to be honest and confess my heart shrinks every time the authorities repave US Highway One (the "Overseas Highway" as it is commonly known). The reason is that they have a habit of reducing passing zones or eliminating them entirely and  reducing the ability of cars to make progress along the only road through the Keys. 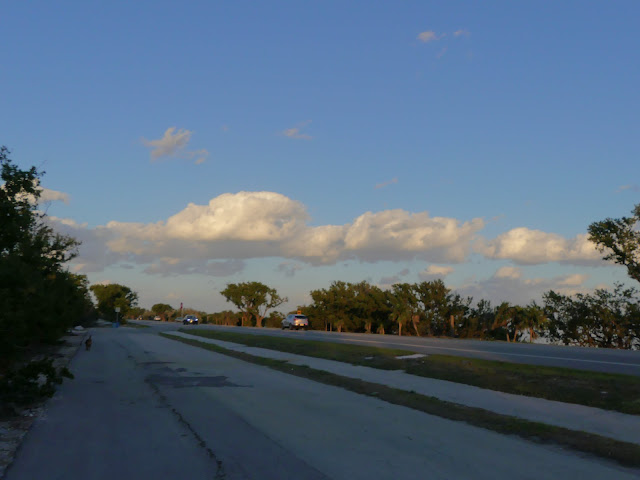 According to the paper last week four Spanish tourists were killed in a passing fiasco that saw them take an RV head on in the Tea Table Keys, depicted here. The accident is under investigation and exactly what happened isn't clear but  the call is now out to eliminate the passing zone on the long straight section that is the Tea Table Keys approaching Islamorada. This will add a couple of miles to the already tedious 14 mile long, 45 mph, no passing zone of the highway all the way to Tavernier. 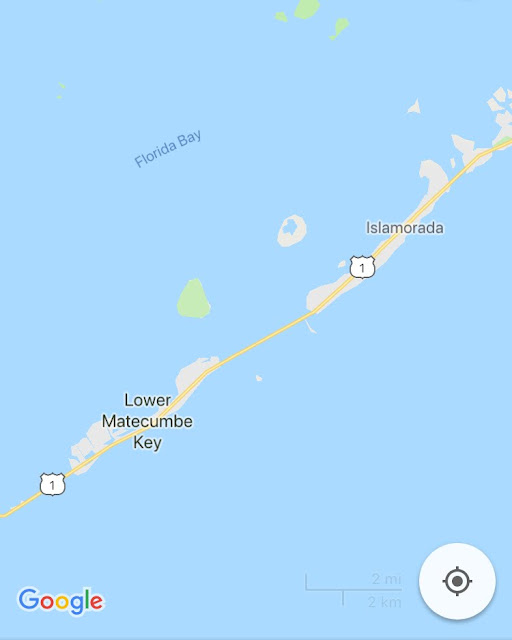 I have driven this Tea Table section many times obviously and I have also passed here and done so safely and efficiently, and yet I have a nagging suspicion that eliminating passing may not be a bad idea no matter what the state authorities decide after they look into it as promised. 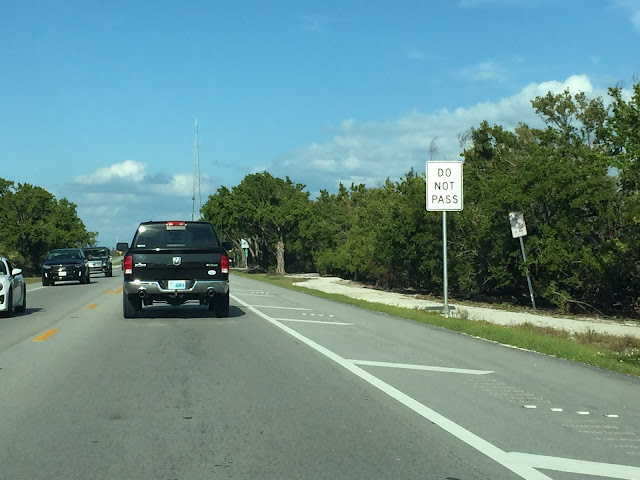 Reducing the speed limit though will be a pain as the combination of slow speed and no passing will increase road rage, already a problem on the highway especially among people not trained to pass on two lane roads.  They get frustrated and tail gate instead of passing safely, either because there are too few passing zones or they don't know how to do it. Passing on a  two lane highway is not a widely taught skill apparently. 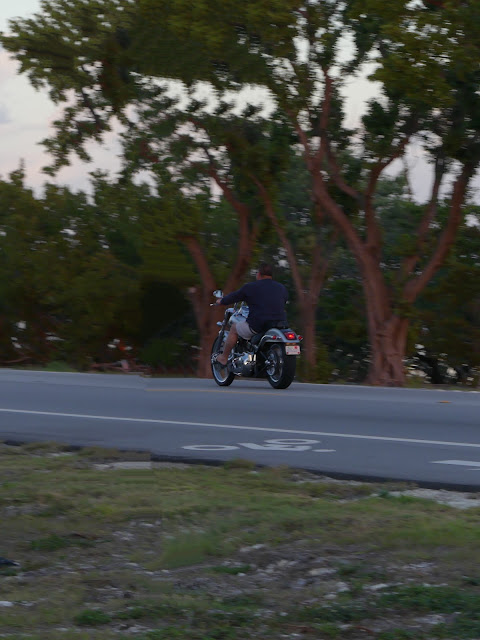 The problem here as pointed out by an indignant Sheriff, are the pedestrians on either side of the road; the bathers, the families picnicking and so forth right alongside the traffic hurtling by at 60 mph. Distracted frolicking pedestrians and text obsessed distracted drivers are not a good mixture. 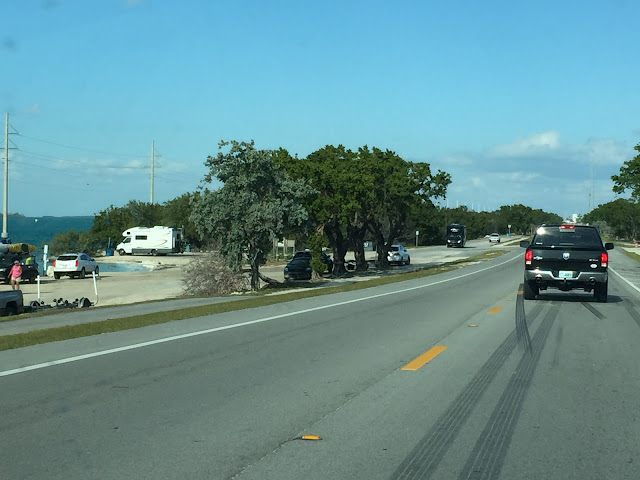 Passing here requires patience and careful observation neither of which are in great supply on this road. Especially here where visitors get distracted additionally by the proximity of the sea itself,  and the generally outstanding roadside scenery. 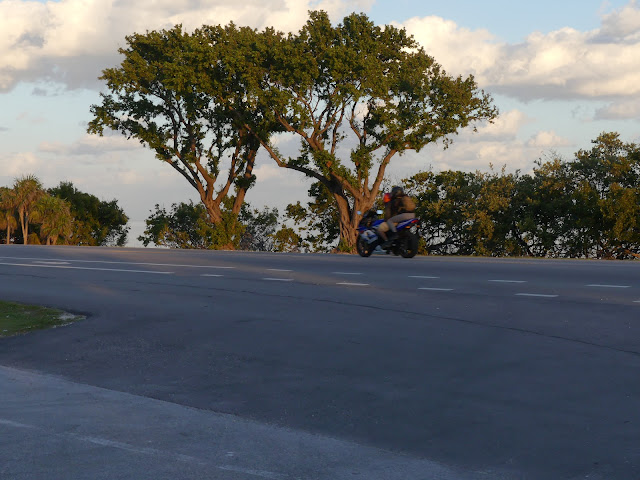 It shouldn't be necessary in a  well regulated world to treat people like children but...coping with the Tea Table Key roadway seems to require such an attitude. Too bad. I wish they could only stop the passing if they have to, while at least keeping the 55 mph speed limit.   I doubt that will happen.I have no doubt passing will be studied and subsequently forbidden here. 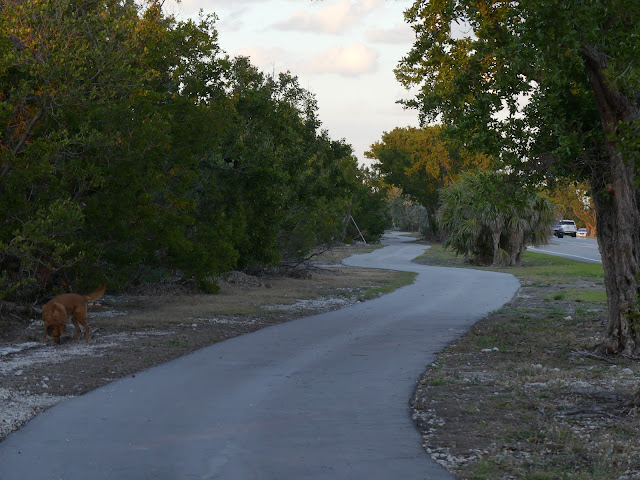 And the views are great especially at sunset and sunrise: 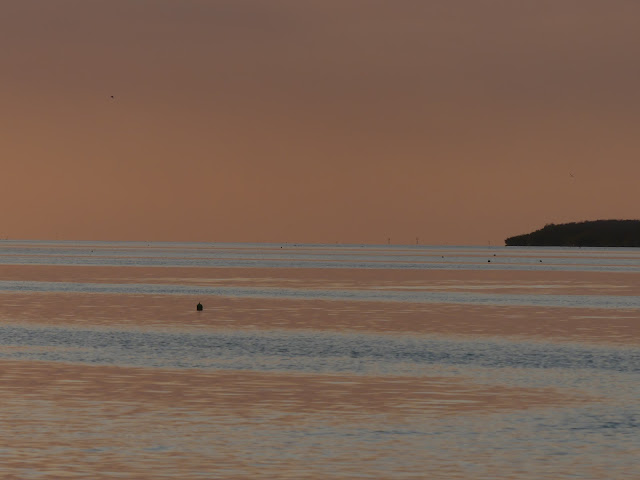 This is Channel Five Bridge nearby looking toward Layton to the south (or west depending on your perspective). 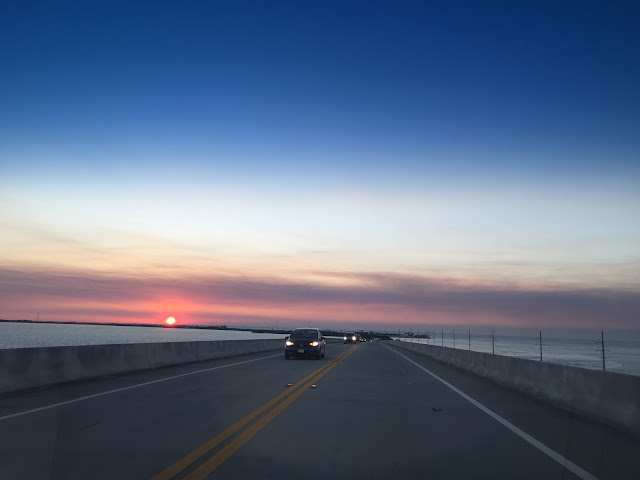 I wonderif in a decade all passing will be outlawed on US One? Perish the thought.