The three mile long dead straight road pointing north from the Overseas Highway on Cudjoe Key is named for the blimp base tucked away in the mangroves. It used to be run by the air force to intercept smugglers then the weather service was going to take it over to get better weather radar reports but we have nothing about the proposed change since the announcement. 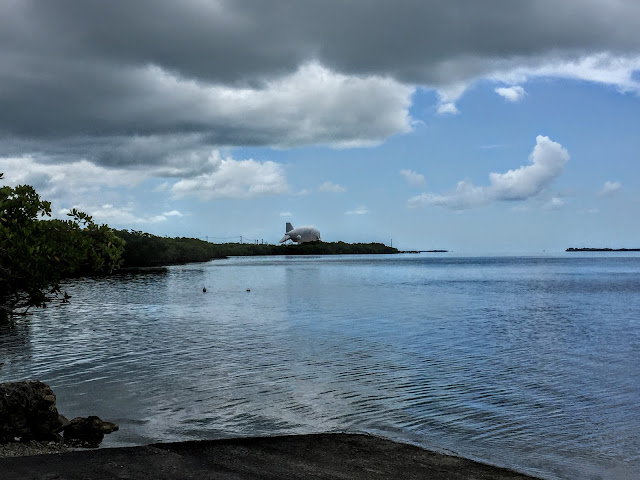 Blimp Road ends in a public boat ramp free to the public and unattended. A few weeks ago a visitor drove her truck into the ocean in the dark and she sat in the half drowned vehicle all night afraid to get out, not realizing dry land was ten feet away. It's hard for me to realize how different and confusing this place is to some people. 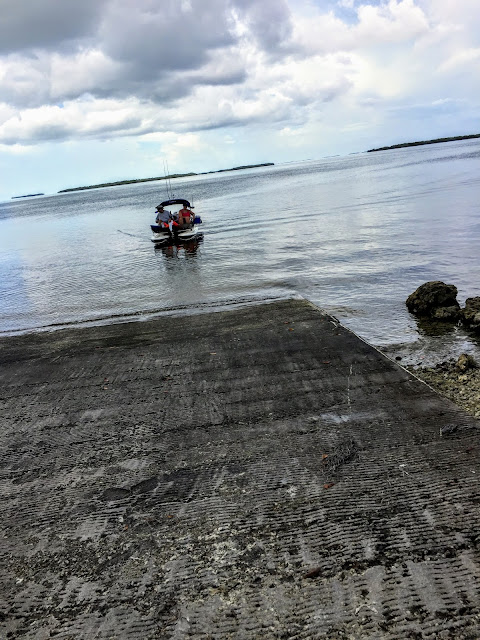 It is one of the very civilized features of the Keys that people can launch their boats for free all over the place in different islands and everyone uses them. 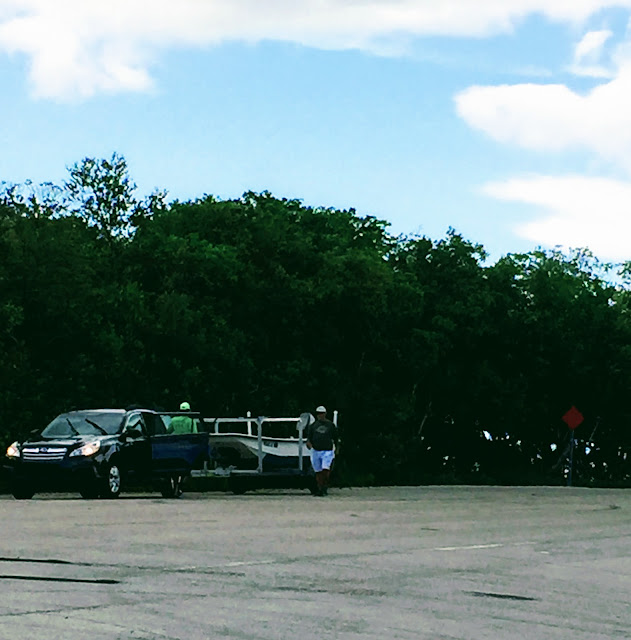 Recently I even saw that rarest of boat, a sailboat, at the ramp. In this case two Hobie cats: 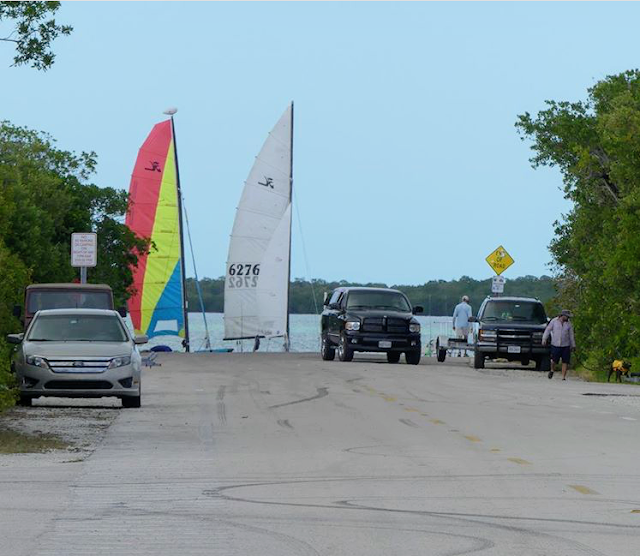 Last week I got to see the ramp from the water too: 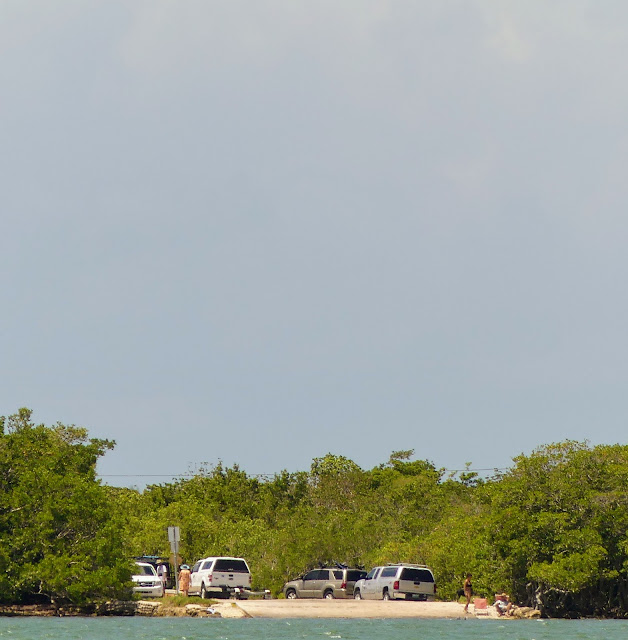 The sign has been changed from the shot up "End of Road" to a name plate, as though the road's end is obvious. Maybe, maybe not apparently. 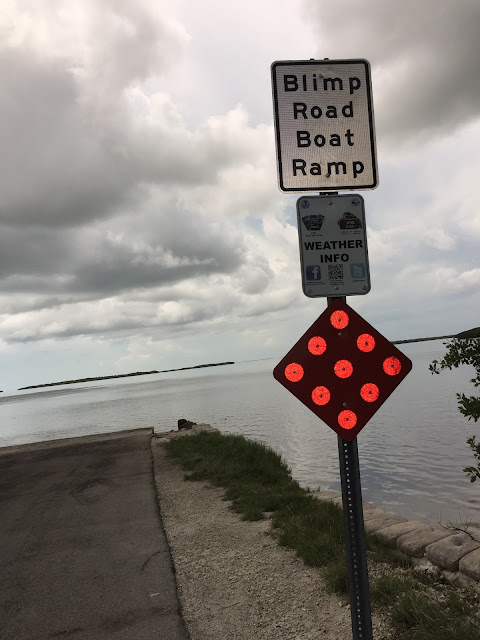 In this picture I took last winter you can see the old sign and its bullet holes 500 feet behind the Key deer: 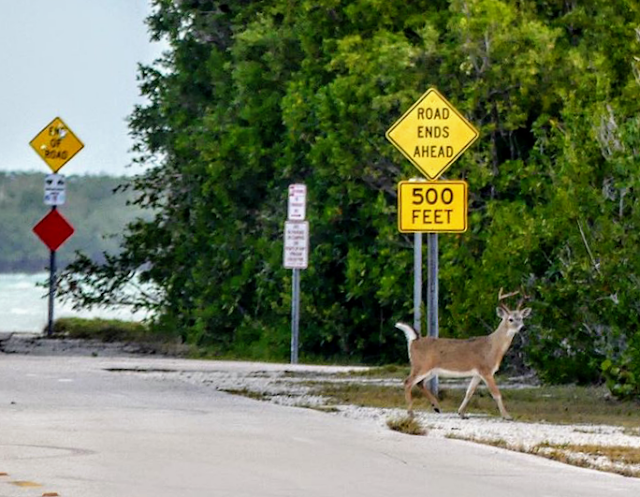 Rusty on the prowl. It's much quieter here in summer than it is in winter, and even though I took these pictures a month ago it was still in the heat of summer: 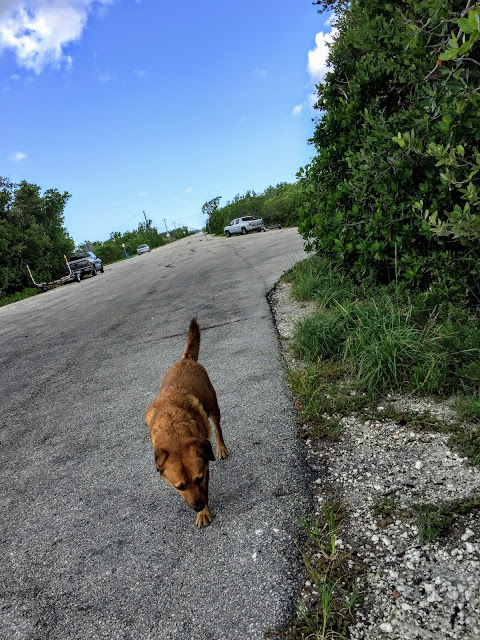