Banana leaves: that's how you know this town is on the hot end of the spectrum because, yes we have bananas growing wild. 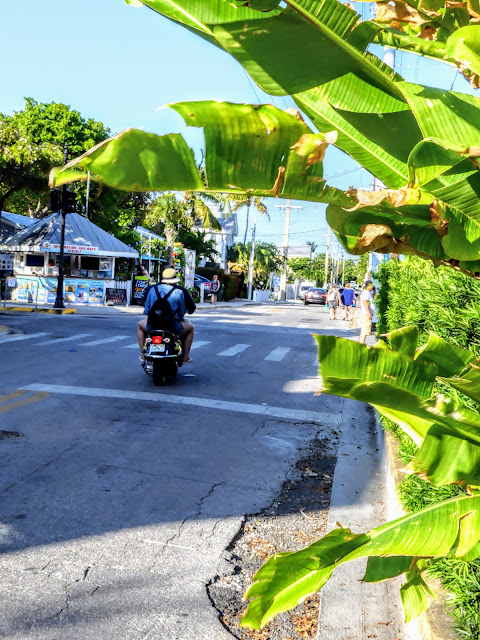 And then I caught a glimpse of the traveler palms, supposedly a source of water in those thick  stems for dehydrated travelers. Apparently the water is black and stinky. But if you are thirsty better  than nothing. 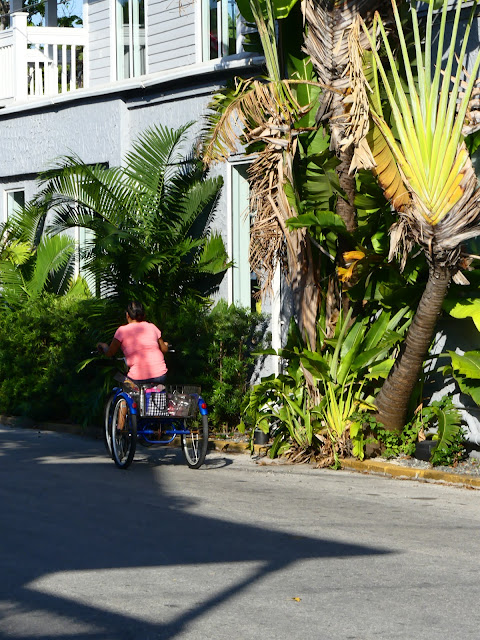 Aronovitz Lane is named for a federal judge with some tenuous connection to Key West...but despite being a  Conch and graduating Key West High, he actually practiced in Miami. Nowadays he has a lane and a courthouse named for him. 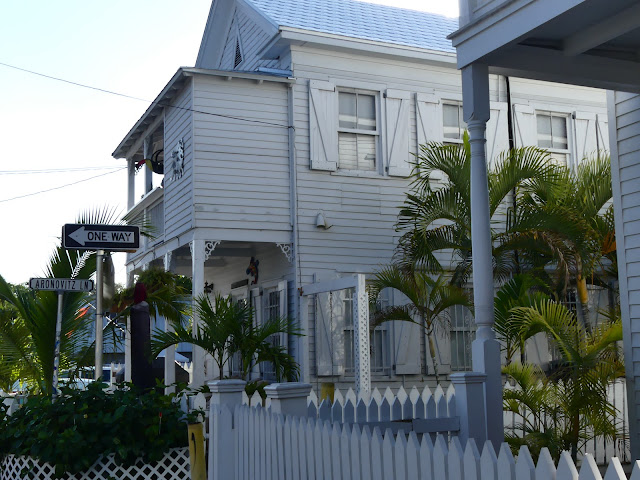 Key West, where your car is larger than your house: 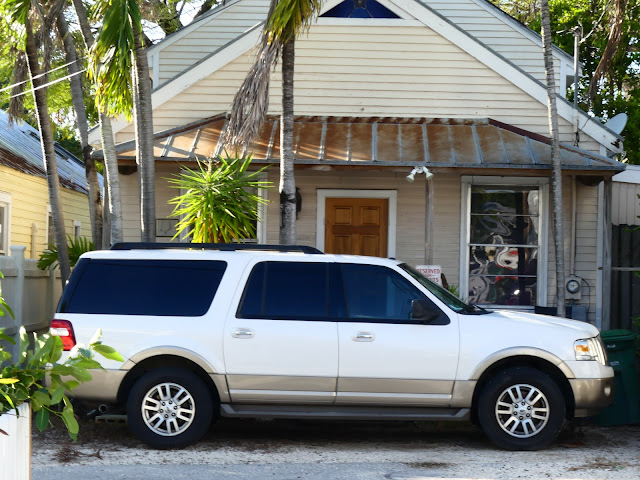 We have more than banana or traveler palms growing outdoors: 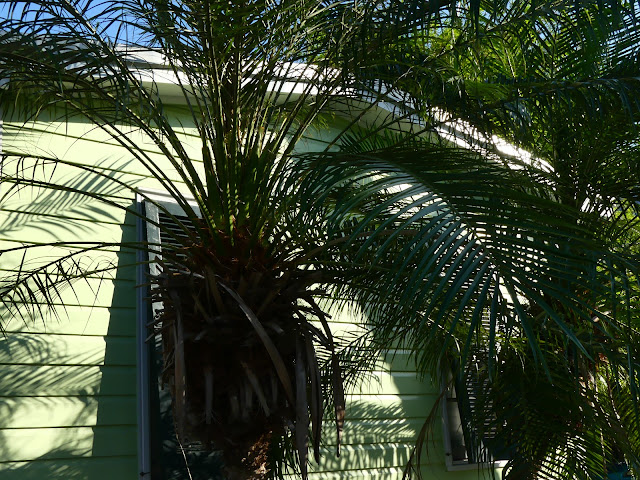 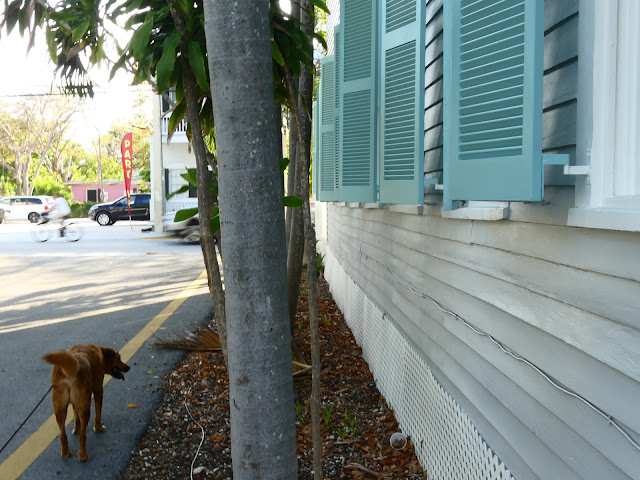 Bicycles at the Green Parrot, the first and last bar on US One. 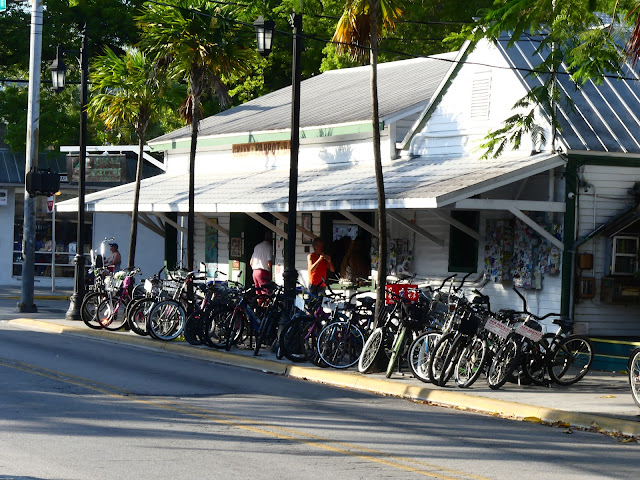 Buyer beware! Parking issues for sale. Pretty much all over Key West parking is an issue. 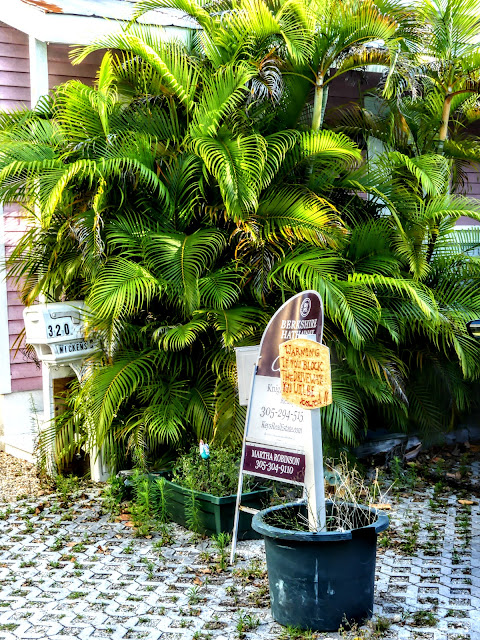 This yard on Mickens Lane has a keep out sign in the distance. I wondered if wandering the yard would be okay as long as you kept out of the house. 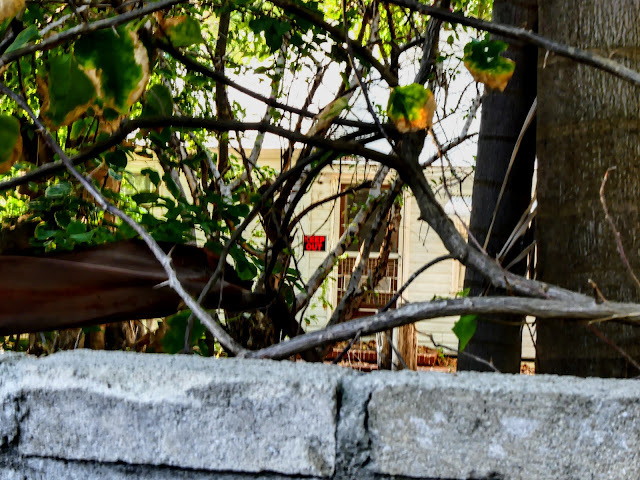 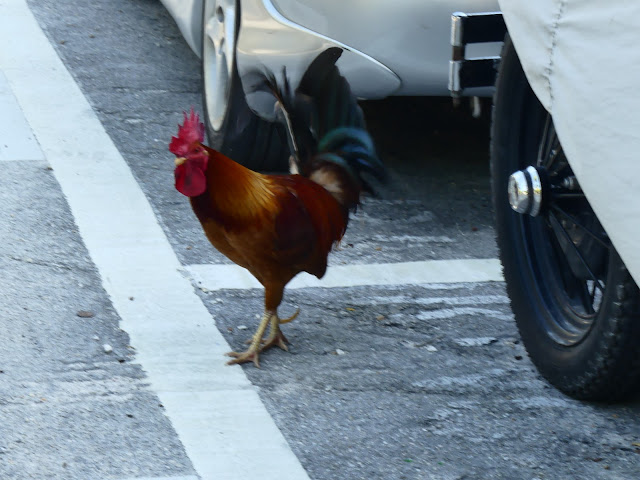 Fixer upper sold. I wonder how much you get for a house with broken windows and many repairs. Doesn't bear thinking about in a town where an affordable home costs a quarter of a million. 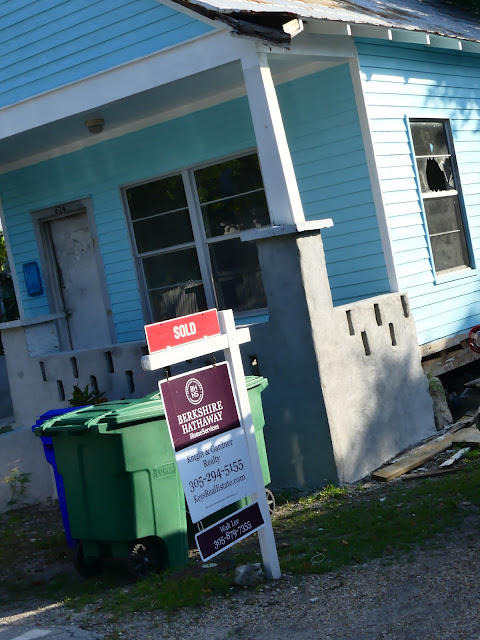 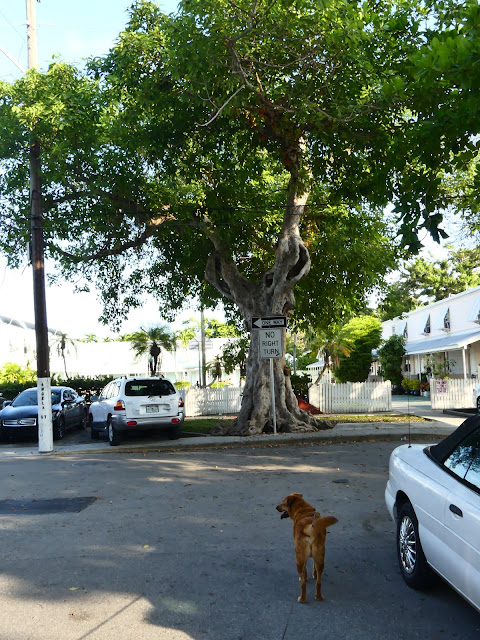 A  few cars lined up...like I said  parking is a an issue in this tiny town. 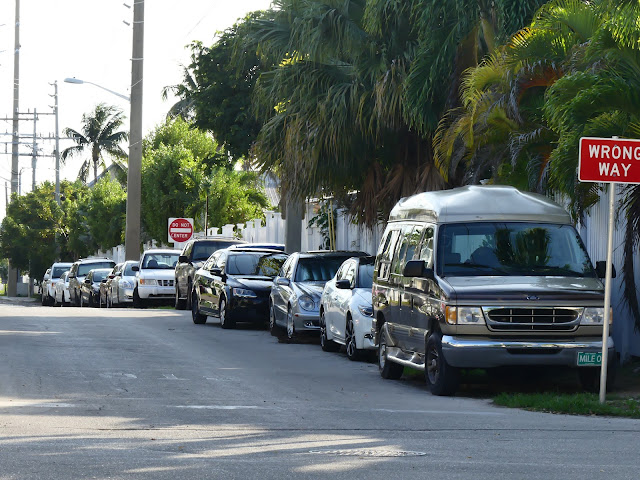 I sued to own one of these with all touring gear. It was a great bike which I bought used in Ft Myers when I lived there and rode across country to California when I decided to move back. A problem free ride. 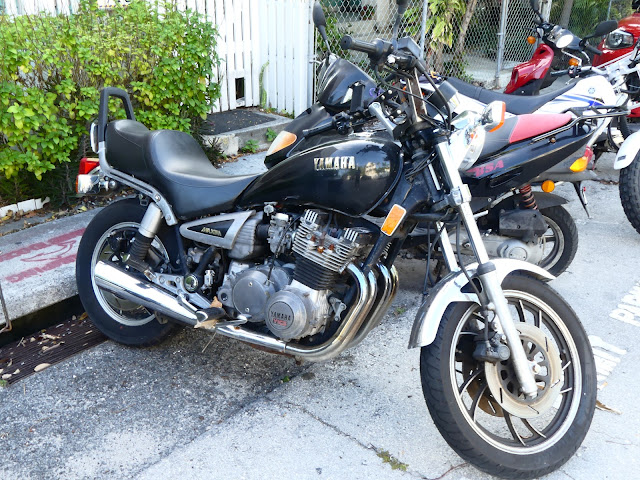 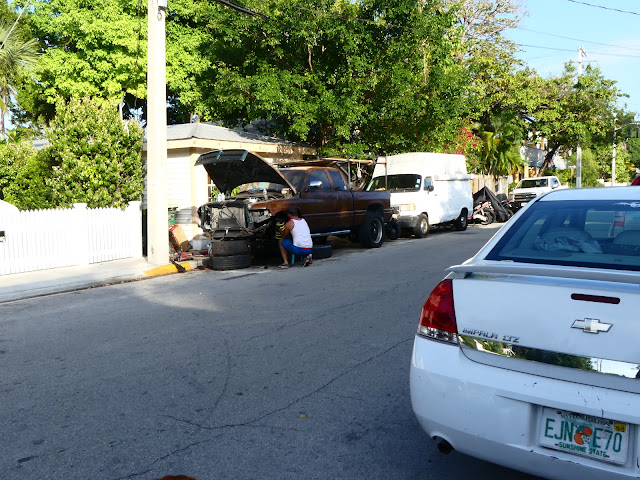 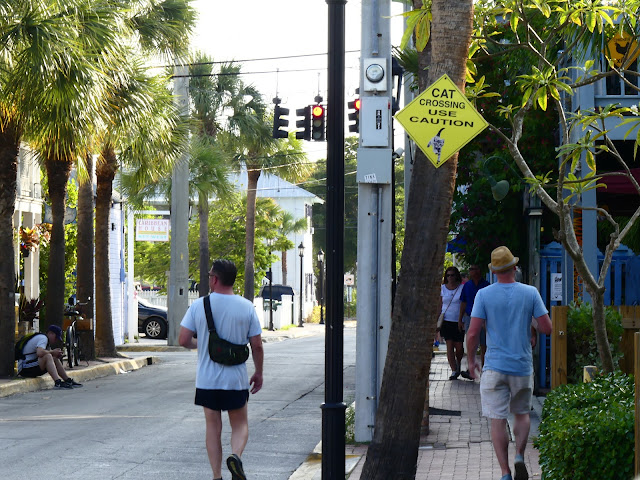