I think when my colleagues voted to send me down Virginia Street to get coffee and snacks from Sandy's Cafe, the all night Cuban Coffee shop on White Street, they weren't expecting me to get the better part of the deal. But I did. Take photos and make sure they don't eat all the croquetas-Nick texted on receipt of this picture: 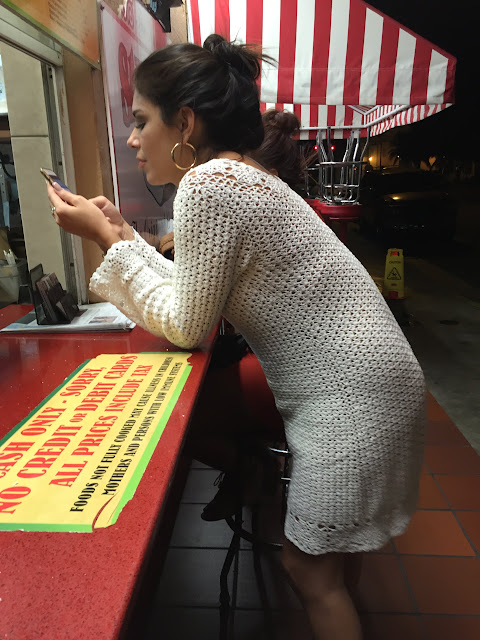 The  great thing about Key West is that even at three in the morning it's highly unlikely that anyone is going to be an asshole or pick a fight on the streets. In my experience even drunks will at worst be annoying, though the requirement is for you to keep your cool and keep smiling. Key West is a very safe easy going town on the streets. In the pages of the paper tempers flare, and neighbors don' get along great a lot of the time, but walking the streets is usually a pleasure. They aren't strippers, my uncharitable fellow dispatchers texted between 911 calls. 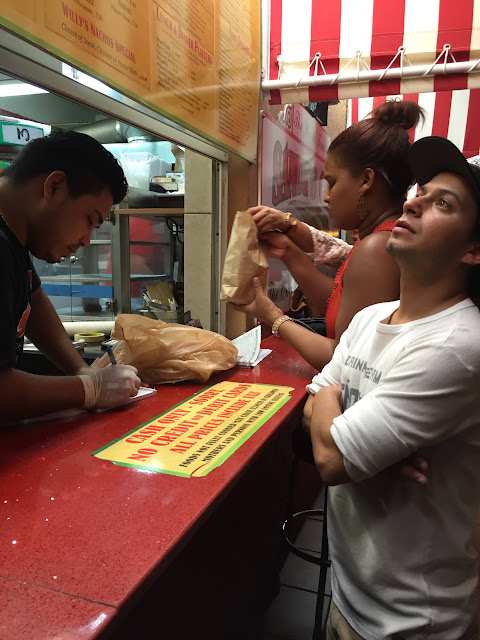 So being the only white guy in what suddenly became a crowd was no big deal. The pity of it was I suppose that I had a police shirt on and yet the big cotton badge gave me a shield to hide behind too. 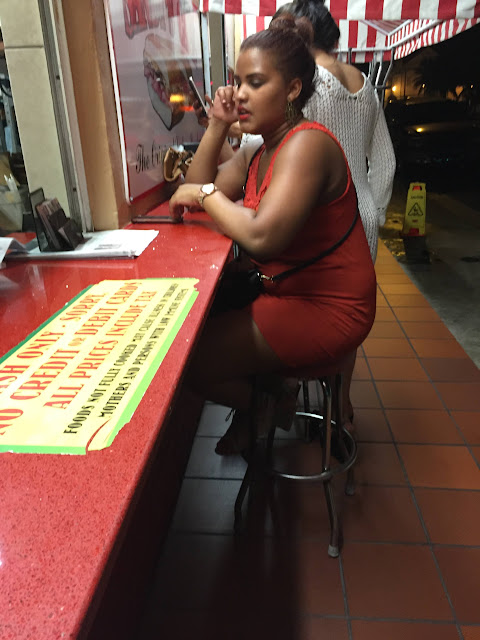 The women who my (jealous) colleagues rather uncharitably ascribed by text, to the oldest profession might have had  a busy night as they ordered plates of full-on Mexican food. Paradoxically Sandy's Cuban Cafe is run by Mexicans.What is she wearing under that mesh dress? That's for me to know. 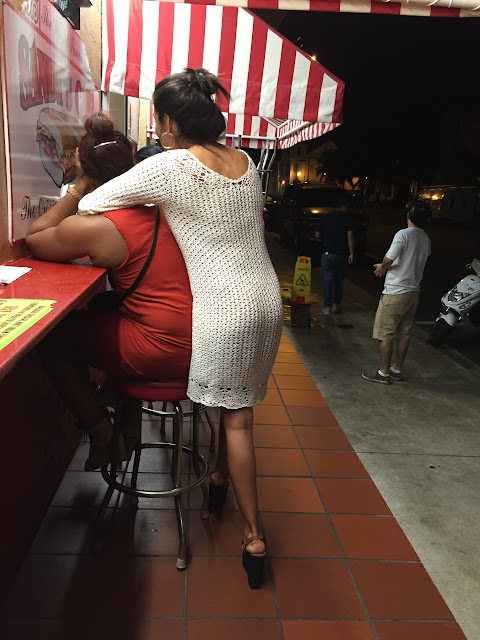 The car stereo was turned up and salsa classes began on the sidewalk. Bring more croquetas was all I heard from the peanut gallery. 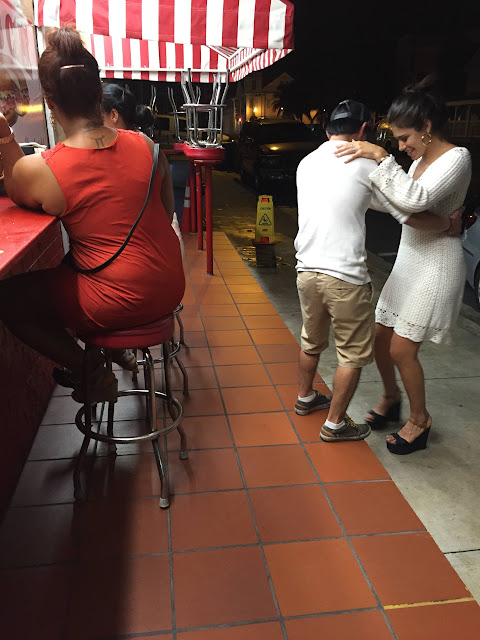 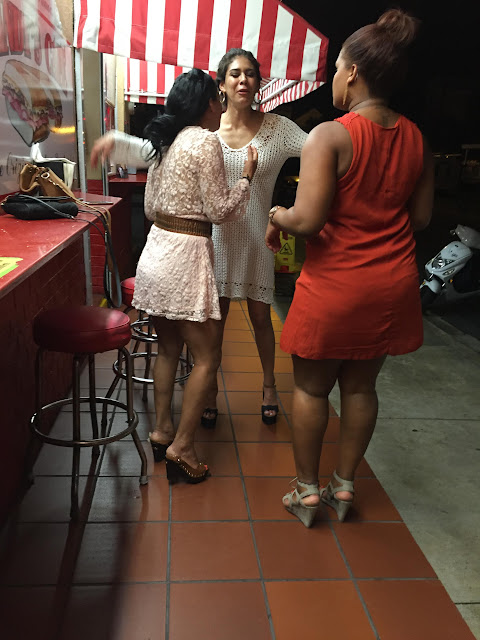 I was in no mood to reveal my Spanish so I kept out of the banter and took the text comments from the office as I kept my colleagues trapped in dispatch up to date. Michael, tell her she's a chonga. It means "beautiful goddess" in Spanish. Thanks Chelsea, I wasn't born yesterday. 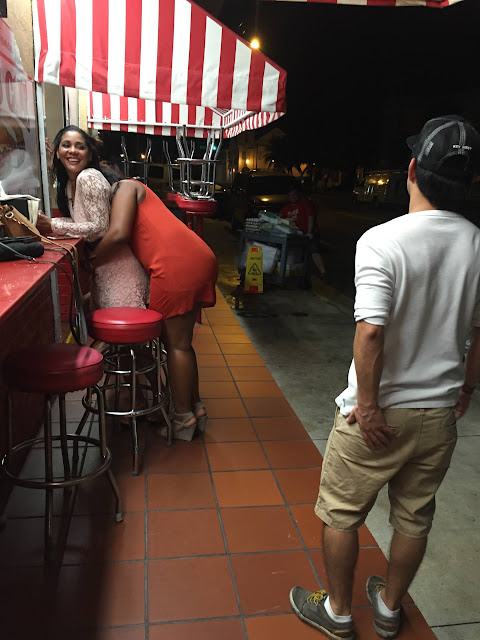 Oops! Not the only white guy any more. Reinforcements. 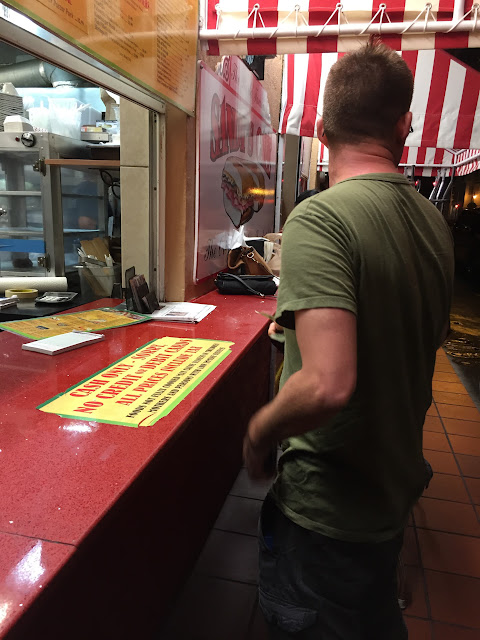 Look but don't touch, and she put on a nice show for her audience. 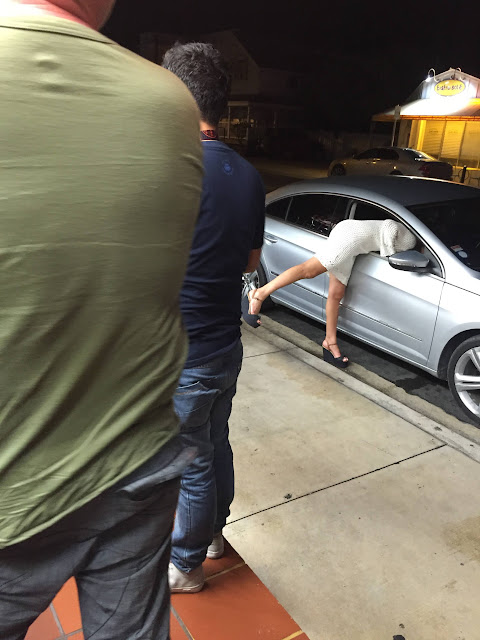 Time to go. Thank you I said, for livening up a quiet night. 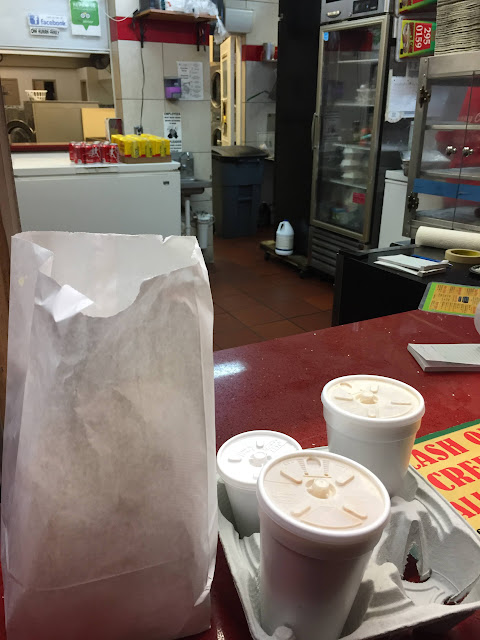 She looked startled. Claro que si, hablo espanol. I could see her thinking back wondering what she'd said. I was busy putting the coffees in the car and clearly I couldn't reveal. That would be impolite.