I was watching the forecast yesterday, unavoidable really as the sky clouded over ominously in the afternoon and I had to decide whether to ride or drive into town. I had a date with my trainer, an hour of what I liken to being thrown around the room without mercy. After three months of two dates a week I am stronger than I have ever been and I'm eating like a horse but not putting on weight. I am motivated and Sean is brilliant at what he does, even if he doesn't understand my sense of humor. He also hates having his picture taken so I snapped this while he was in the logo... Puff...puff...puff. 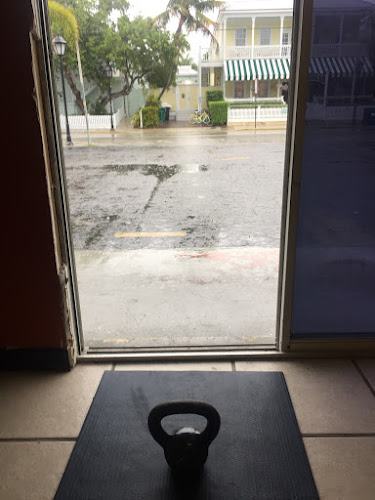 The radar showed a huge pile of wind and rain coming up from Mexico so I took four wheels and a small brown dog who wanted to get out of the house. 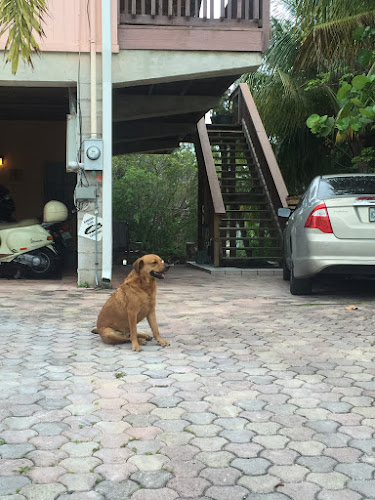 After the workout Rusty surprised me by wanting to go for a walk in the rain. He used to hate getting wet but perhaps now that he comes home to a watertight roof and his own bed he was ready to get in the rain. So he got his way. I struggled a bit with the umbrella as the winds picked up but I was already soaking wet from the workout. It really is that tough with Sean. 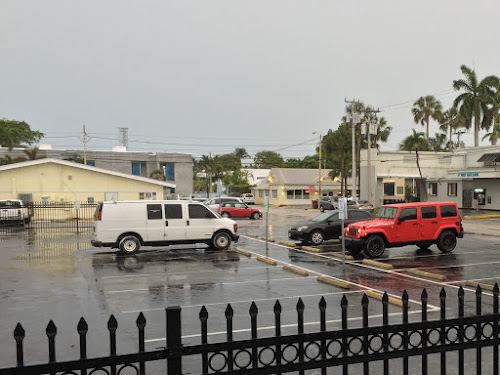 We took refuge at the Gato Pocket Park (a future essay) and I sat for a minute out of the rain. Rusty gave me not much of a break and soon he made his feelings known, pacing back and forth in front of me. 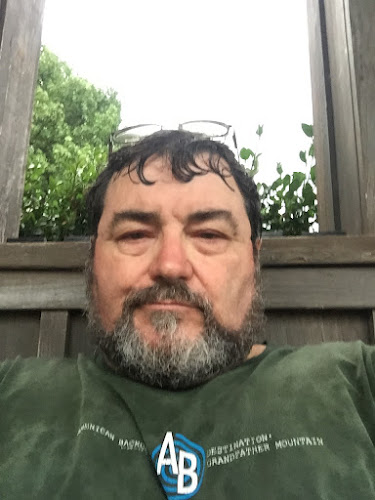 I took the long way back to the care so we were both nicely wet, but not cold. Winds were picking up, expected to reach 40 miles per hour but it was still in the mid seventies. It looks like winter even if it feels like summer: 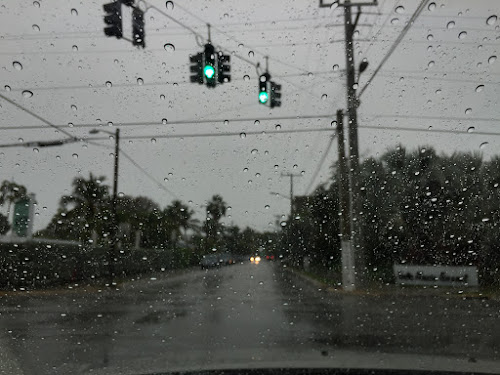 Smashers Beach looked bleak, but the seas weren't terribly rough as there was a lot of west in the wind, blowing over the end of the island not the south shore. 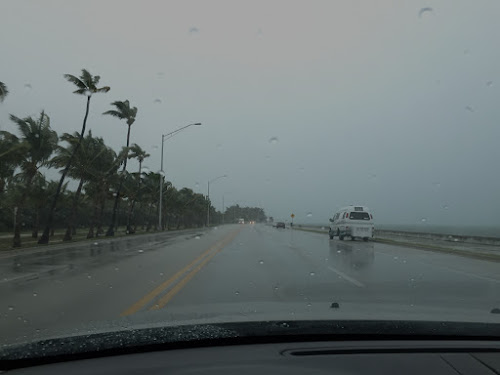 Glad I'm not living on a boat in Cow Key Channel today! I wore Rusty out with all the excitement. He went to bed early. Good boy.