Robert said let's have lunch, so I said let's, and I know he likes Beer Boutique so there we were. 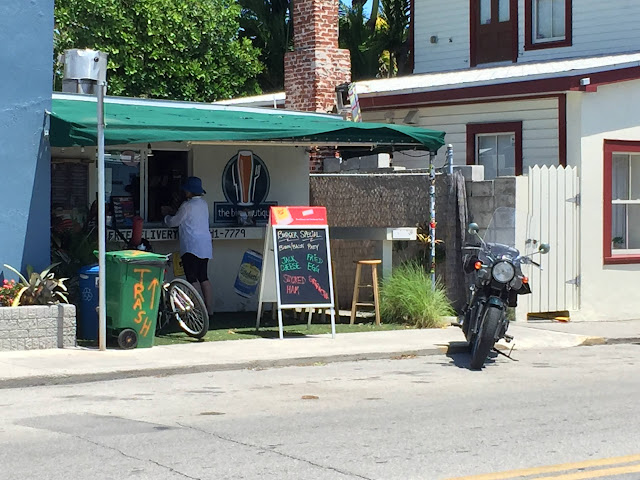 It's a proper hole-in-the-wall with outside bench seating so I had thought to bring Rusty but he wasn't having any as the day had warmed up and he wanted to stay home. I took the Triumph and it was hot on the ride into town. 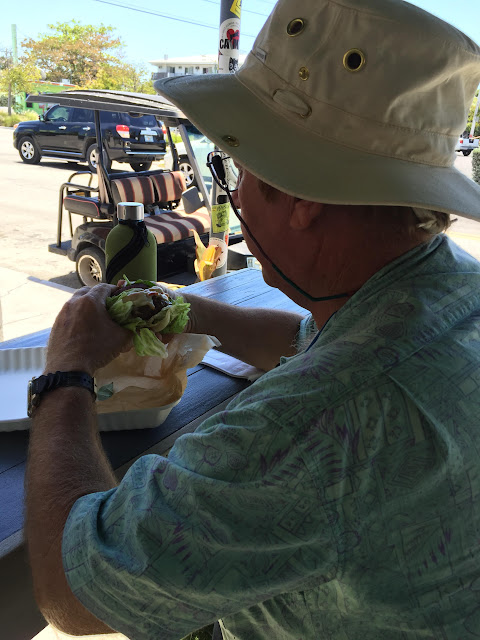 Robert got a lettuce wrapped burger and I got a monster special contraption with ham and egg and liberally sprinkled with sriracha. I stabbed the egg with a knife so it wouldn't squirt and the end result was good to eat and I kept it all off my clothes. 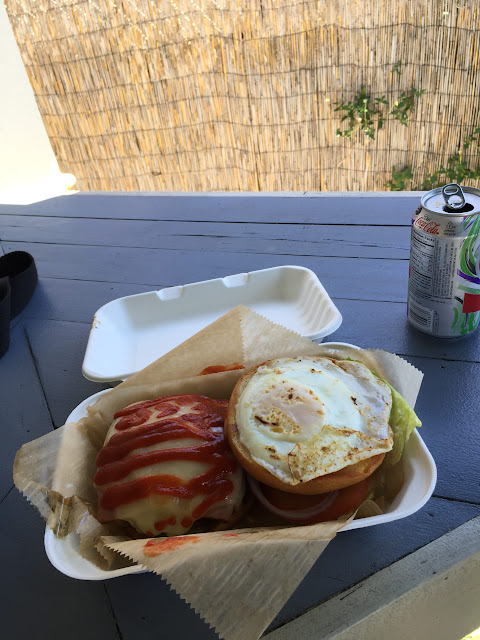 Robert likes the compostable containers which are, if not unique, then rare in Styrofoam laden Key West, the anti-eco city. 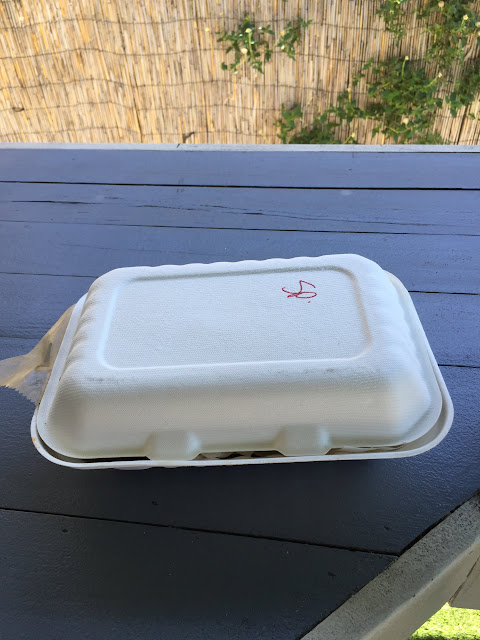 The Bier Boutique (LINK) was opened a couple of years ago on the site of a Cuban place (see below) by a couple of Midwestern transplants, Scott and Heather, and they make a point of packing in the craft beers to make a meal more interesting. They deliver and are closed on Monday, otherwise open for lunch and dinner till 8 pm. 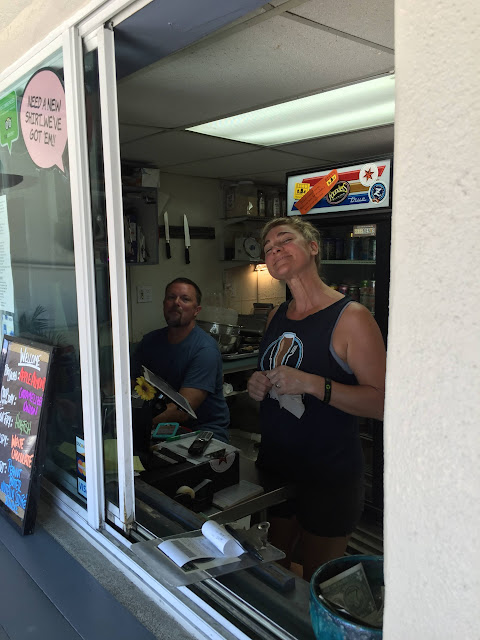 It used to be  Little Jon's a Cuban Coffee and sandwich shop which I quite liked. 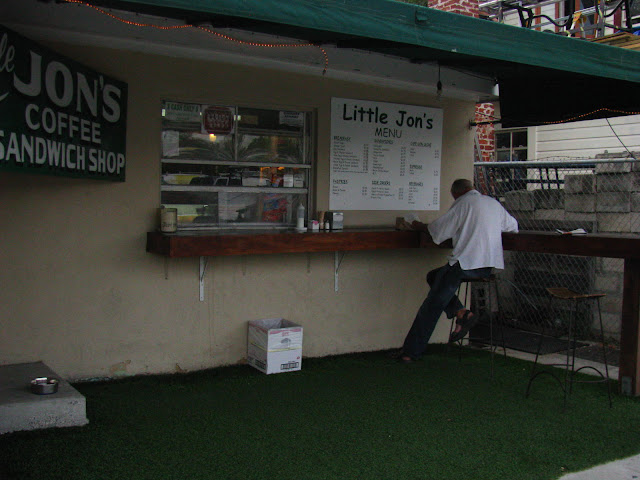 And they made sandwiches too: 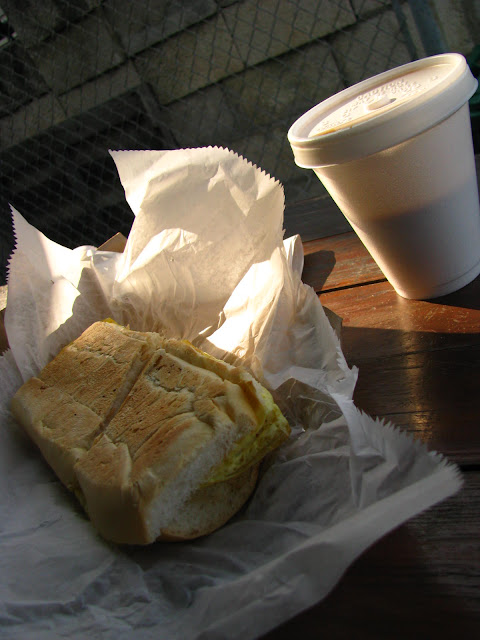 But change comes as always and it isn't necessarily bad. I made the same point earlier this week in my review of the Firefly Restaurant. And then there are motorcycles, posted here because I saw them the same day and have nowhere else to post them. First a Ural sidecar combination which I want to like but which isn't dependable enough for the sort of mileage I ride. I think one day Rusty might like riding in a hack when he gets over his nerves at the sounds of motors. People who ride these machines hard spend a lot of time maintaining them and even more time modifying them to work and then rebuilding them as well. Much work for the riding. 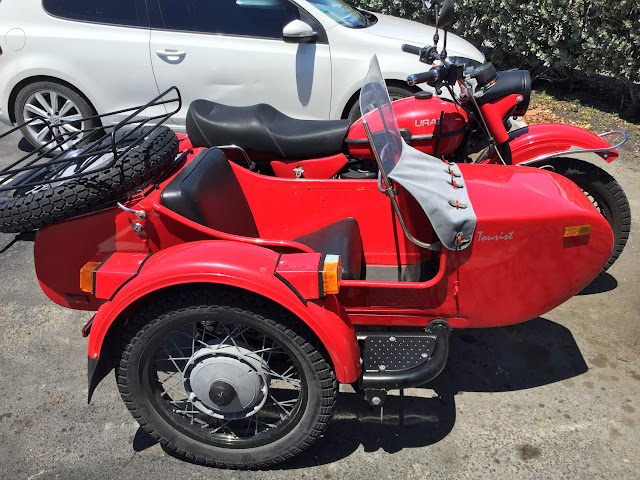 And oddly enough I also saw this machine the same day. It's a Vespa and a bit of  hybrid as the handlebars are off a modern P series Vespa but some of the other controls(lack of an automatic engine oiler sight glass) indicate it is an older European model. I am a bit nerdy about Vespas especially as I wait anxiously for mine to come back from the tuner in Bradenton. I wouldn't like a Vespa sidecar because even if the scooter is the 200cc version it will only pull about 45 miles per hour and it would be awkward to park in scooter parking...the worst of all worlds. 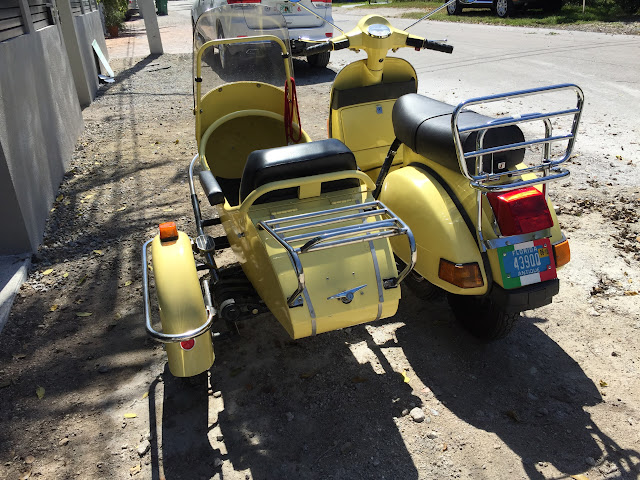 Burgers and sidecars, all bases covered for the day.
Posted by Conchscooter at 12:00 AM 5 comments: