I came out of work yesterday morning and there it was: dripping and damp. Yuck! I grew up in places where fog represents cold and bone chilling damp, fogged up visors and all the hassle of no visibility, wet roads and numb fingers. I was ready to wail all the way home. 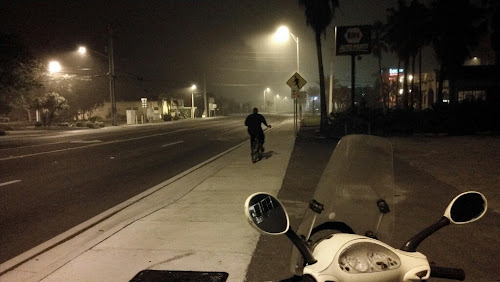 But you know what? Key West holds up its end of the deal. Fog in 70 degrees is no big deal true enough, but my visor got mucked up, moisture inside and out, and my glasses got damp too, but this was more like a nice damp sauna, not an ice cave. And Key West looked different. 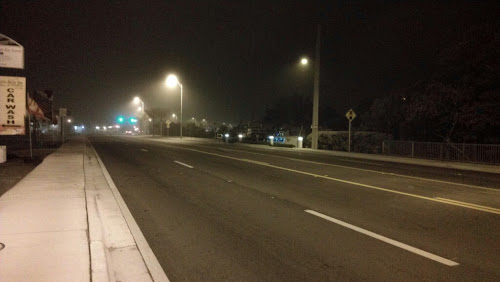 I am not a great fan of the gray tendrils, the soft focus stuff because I like the primary colors of bright tropical sunshine...but even the boring modern parts of Key West, the bits that matter to locals, look somehow more gentle under the influence of moisture suspended in air. 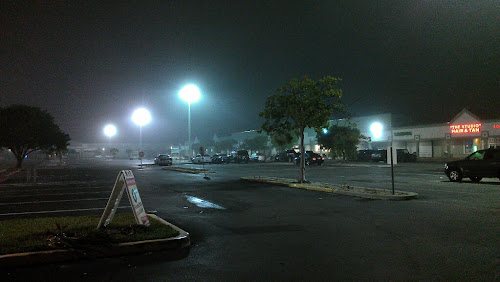 A cab driver washing his ride in the fog, on Stock Island. I was getting gas, around $2:75 a gallon. Demand destruction is doing odd things to the price of oil, at least temporarily. 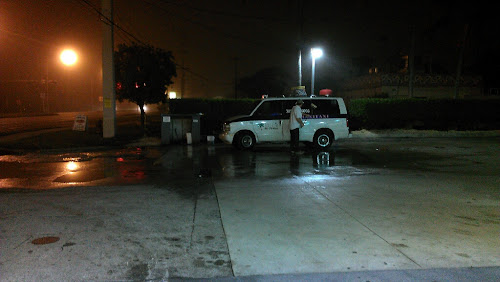 Then I was home and looking for my snoring dog. Blimp Road I said, I want to check out the fog on the water. We drove off for Cheyenne's morning walk. The houseboat planted off the launch ramp wasn't going anywhere. The islands usually seen on the horizon were long gone into the pea-souper. 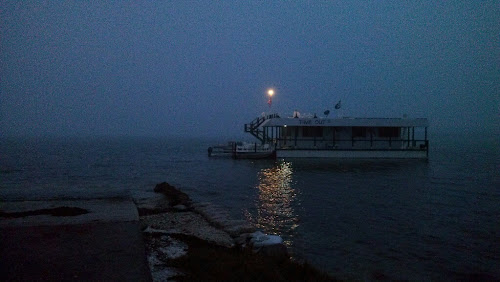 In an effort to create destinations worth visiting I have decided to try geocaching as mentioned by the Fairbanks Blog, my inspiration. After daylight resumed and I could blunder through mangroves I could actually see, I found it, though I was half eaten by no see 'ums. All in a days nerdy hunt. No caches were hurt in this safari, though I was scratching my arms there for a few minutes. I am lucky in that insect bites don't do that much harm to me. I itch a little but that's soon forgotten and I get no welts, but I did get the geocache! 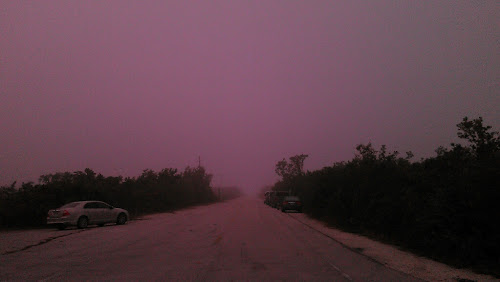 Yea, fog. We get that once a year in the Keys...no problem!