She lets me know what she wants. She stands by the car door looking like a bulldog, legs planted, a demand in her eyes: I want a walk. I let her wait in the car while I finish my chores. 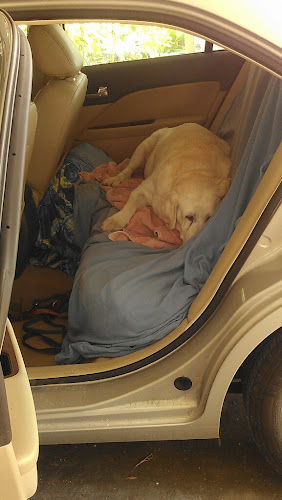 Then we walk. I was getting food at the bar at Square Grouper picking up my to go order when my former boss, who happened to be sitting on a stool, asked me: I see you walking a dog on Big Pine sometimes. Don't you live on Ramrod? Well yes, I replied as I signed the credit card tab, but my dog doesn't like the same walk twice. God forbid. My former boss looked at me in a way that I am learning to recognize. They think I indulge my dog. The thing is, in these islands you never know who sees what. I haven't worked at Fast Buck Freddie's in nearly nine years yet she remembers me... 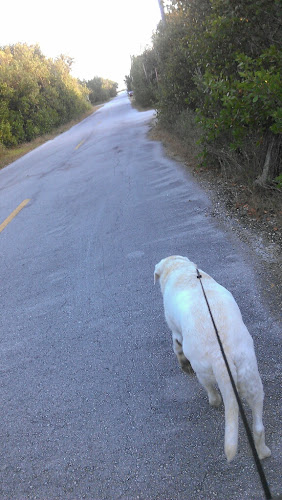 Sometimes Cheyenne bites off more than she can chew on hot days when the walk goes on too long. On those occasions she sits down as is her right because her walks are her time. If the car is in sight she won't get up until I walk to the car and bring the chariot back to princess. 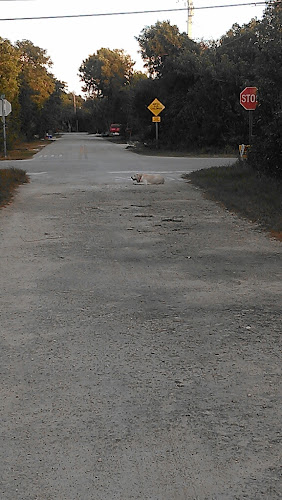 It's good to spoil your dog because your dog will always love you and won't take advantage of you. Your dog is forever yours and she deserves every little thing I can do for her. We should all get retirement like this.

Posted with Blogsy
Posted by Conchscooter at 6:00 PM 4 comments:

I spent the past couple of afternoons covering my hands in black grease, smelling like gasoline and giving my Labrador an inferiority complex. While Cheyenne napped under the house, ignored by the scooter mechanic, who twiddled with the carburettor settings and exchanged incredibly helpful messages with a group of enthusiasts on the Modern Vespa forum. I am such a nerd. 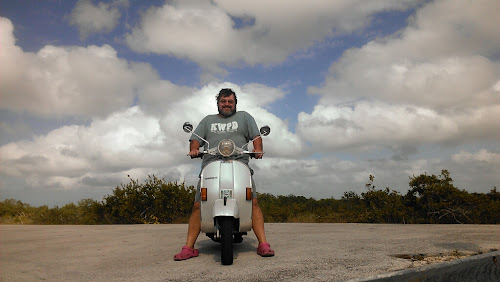 The Vespa was strangled. The factory said in 1979 that it was good for 63mph maybe more and this one wasn't breaking 50mph. Shit. In desperation I got online and worried I'd get contradictory advice from people who couldn't get down to my level. I was wrong they came down to the dirt and showed me the way out of the no-performance hole. 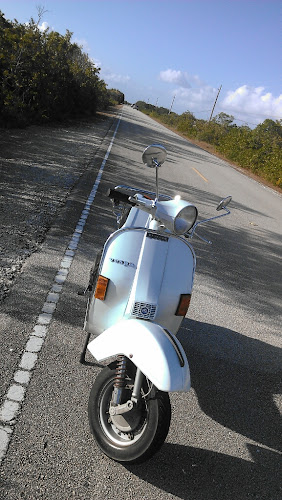 It should have been dreary, trying this and trying that and worrying about seizing the two stroke motor and stopping and burning my fingers to pull the spark plug and check its condition. Luckily the weather was lovely, breezy, low humidity and eighty degrees. 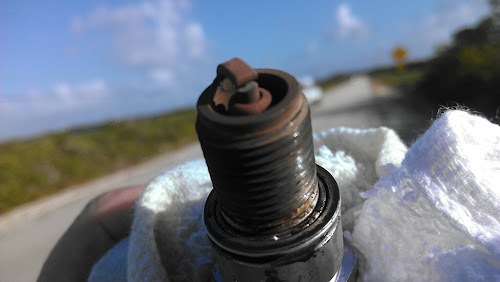 They told me to drill holes in the air filter box. "There's a heart shape..." they said in printed messages. Drill a seven millimeter and a five millimeter hole, to " allow proper airflow," they added. Of course I did as I was told and of course the spark plug color became correct all of a sudden. From black and oily to dry and brown. Well bugger. 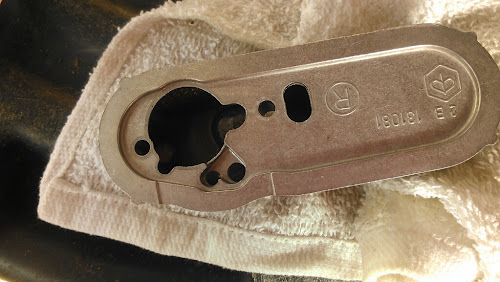 I'm a silly bugger, I should have known some silly people put a PX200 filter box that lacks the holes, on a P200E like mine that needs the holes, seen under the really big hole in the picture above. Make sure all bits of aluminum swarf are washed out of the box, they said. I washed the air filter like a madman washing blood off his hands. Then I went for a test ride. 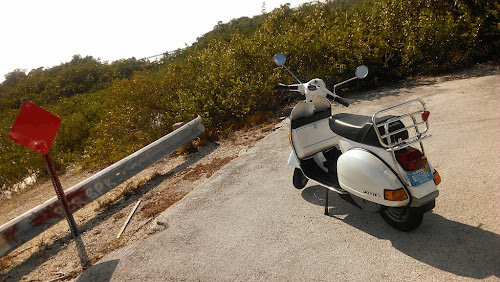 It was lonely out on Dorn Road on Big Torch Key. The road winds eight miles through the mangroves and by the end there aren't even telephone poles. Just me and the Vespa and the poorly maintained asphalt with ripples. There was a deer momentarily but it didn't like the popping of the two stroke motor. An iguana got confused by the sound and I was enjoying the ride so much I chose not to even try to kill the bright green, flower eating bastard. Besides the lizard was a long way from my house. 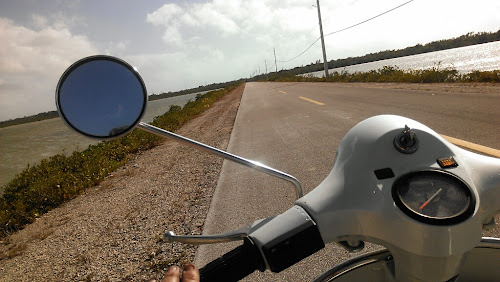 Actually I was a long way from my house and if the intermittent electrical short that stopped the lights occasionally also stopped the motor it would have been a long walk home. At 230 pounds the P200E is considered a lightweight. Maybe, but try pushing that for ten sea level miles. I liked the steady popping sound of the twelve horsepower two stroke motor. 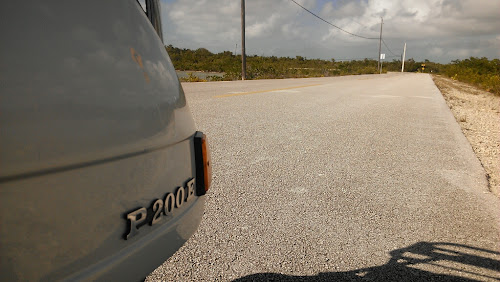 I should have stopped and checked the spark plug and all that stuff but the ride was fun, the wind was in my face and the grim visages of passing snowbirds dressed in spandex on bicycles twice as expensive as my antique were unable to get me down. I rode Vespa-style puttering at 45 miles per hour, wobbling through the corners and admiring the views. 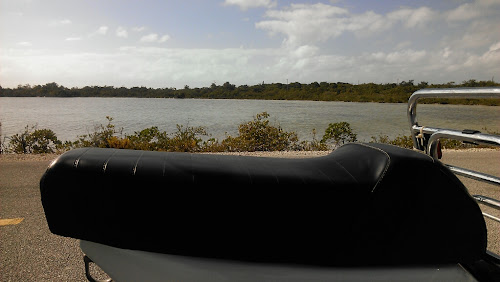 The engine isn't perfect yet and there is some fiddling left to do but the Vespa nerds have pointed me in the right direction. And that electrical short has to be fixed though I'm buggered if I know how. Perhaps someone on Modern Vespa's Not-So-Modern forum will have an idea. For now I just want to enjoy knowing I own and can ride a piece of actual history. 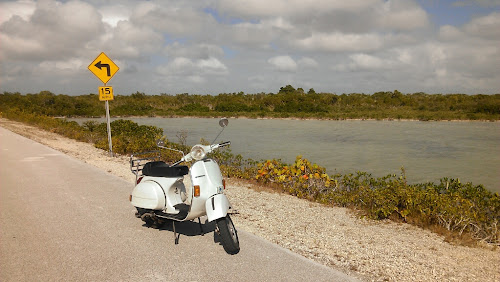 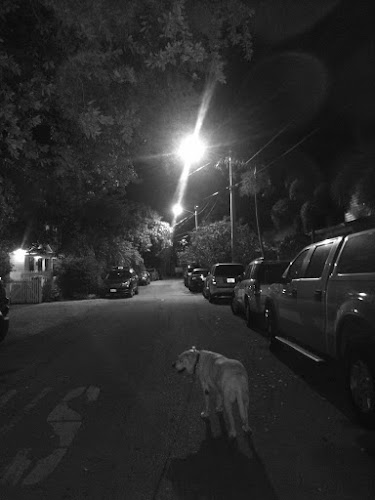 I took advantage of sleeping in town and walking Cheyenne before dawn to play with my phone camera. My pocket Canon takes pictures these days that my blogging applications for my iPad can't seem to digest, so I take my pictures with my phone and upload them to Picasa and from there these wretched iPad applications are happy to accept my pictures. I have no idea why this is but I have had to learn to adapt, and struggle to understand the camera in my Android phone. Sigh. 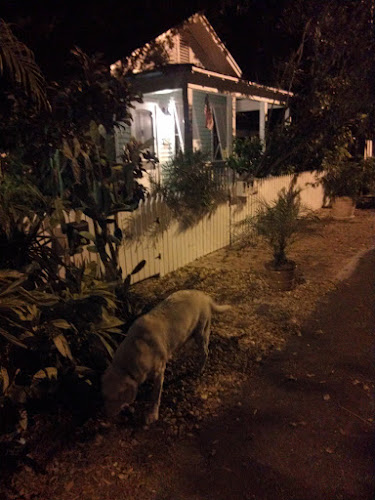 But I have to confess it's been interesting because I have learned that cellphone cameras have astonishing capabilities. 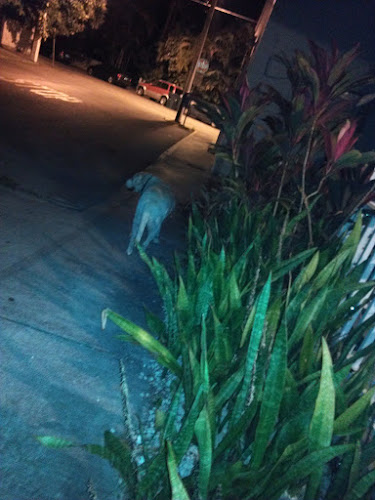 There are a huge number of effects one can induce at the push of a button, and some of those effects are bizarre and apparently without purpose. However I am learning to manipulate the camera and the desire to learn makes the instrument fascinating. The flash tends to be weak, with limited spread but it can be used to illuminate back lit subjects, just like a "real" camera. 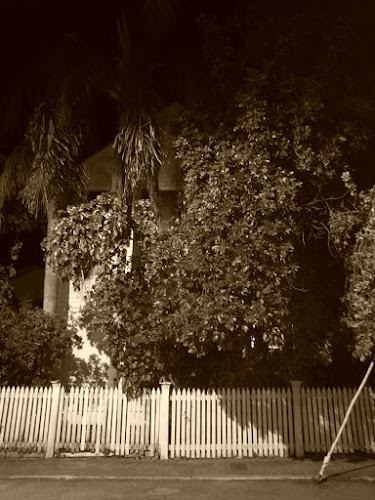 Black and white is but a button away, as is sepia effect and Key West especially at night lends itself to these effects. The phone camera operates more like the human eye than any camera I have known. It has the ability to adapt astonishingly fast to an enormous amount of variety in the light and focal distances in all directions. This picture of Don's Place, a dive of a bar closed but with the televisions still flickering as the janitor prepared for a seven am opening. Yup you can sit at the bar and buy a beer at seven in the morning! I used to work with a woman who did just that. Key West was not good for her. 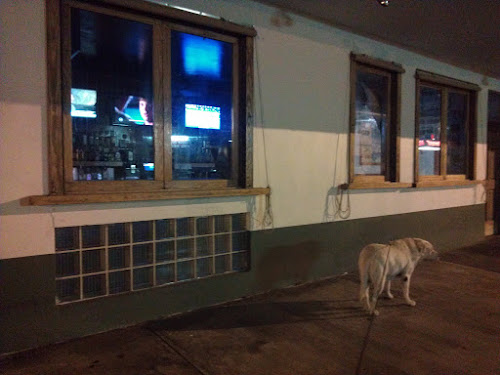 Crisp clear pictures as long as Cheyenne isn't tugging at the leash... 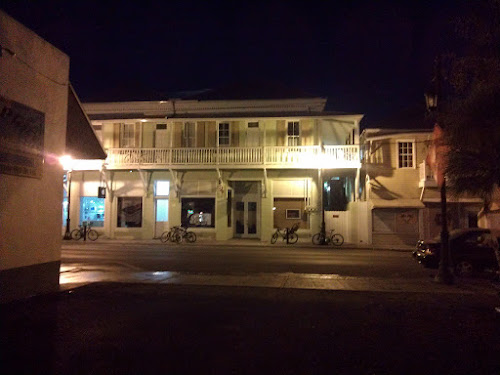 And the flurry of motion through the dark night captured as though by a proper camera. 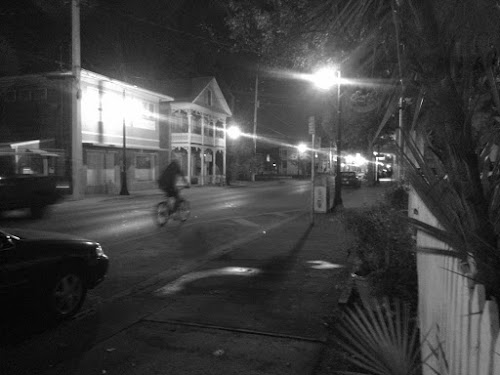 So I have to ask myself: is this a proper camera? 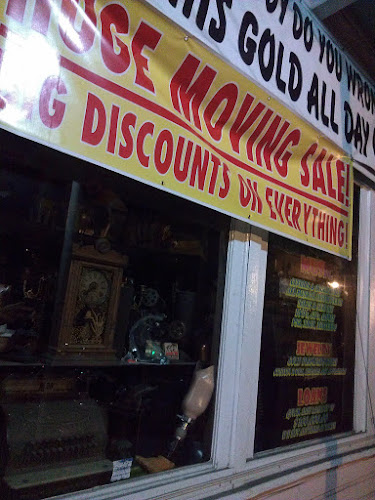 I guess so. It has amazing depth of field, too much some times and I have trouble adapting the "close up" function to give pictures the depth of image that I want. 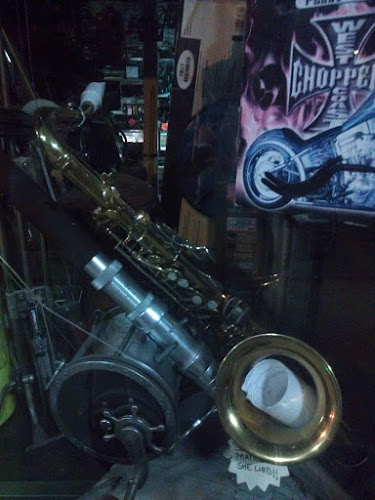 Yet I can take a picture of a For Rent signs with the greatest of ease and make the whole crazy message entirely legible in this format. $3000 a month pets considered, if you're a really good renter. For that price they should consider a menagerie. 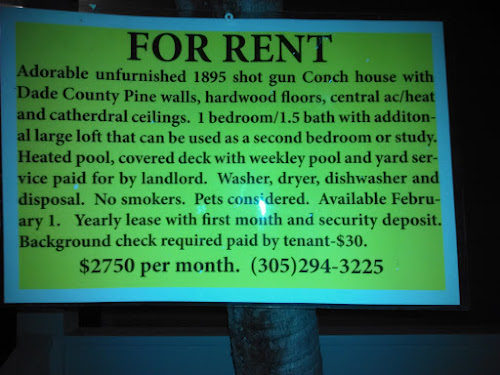 Amd with the arrival of the dawn the funky all seeing eye of my telephone shows bright blues in the sky above and clarity of image in the world below. I have found contrast the hardest difficulty to overcome with this camera. A bright day plunges shadow into darkness and burns the sunlight or makes the darkness visible but the focus then overexposes the sunlight behind... I am coming to the conclusion some over or under exposure is inevitable in some pictures. 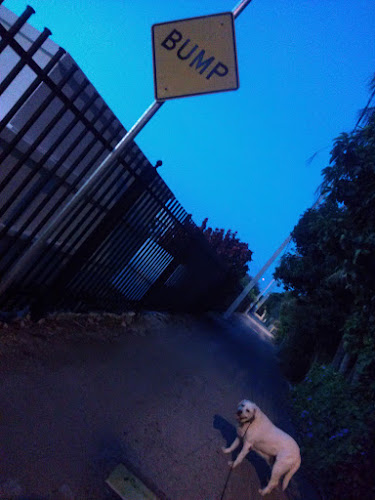 But learning to adapt to my telephone has been a wondrous journey, and now I hate to be without the Swiss Army Knife of the electronic world. I make calls, send texts, read websites, listen to distant radio stations carry a flashlight, navigate and take pictures. 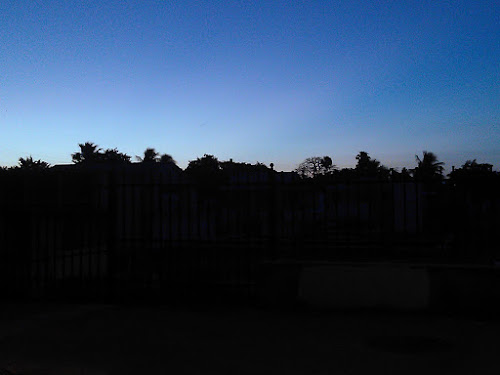 And some come out quite nicely. What an electronic world we are privileged to live in. Imagined only in comic books when I was a boy.