My wife thinks I'm nuts but I am pissed off about this referendum they are holding in Scotland this month. Why do you care? she asked. So I had to explain to myself why my sister's "Yes" vote is annoying me so much. Independence for Scotland? Stupid idea. Yes, but why exactly? There's the question that I want to ruminate about today, an otherwise peaceful holiday, to try and get the vexation out of my system. The pictures are of Key West, a pre-dawn walk I took last week, because this page is supposed to be about the Keys, not Scotland. 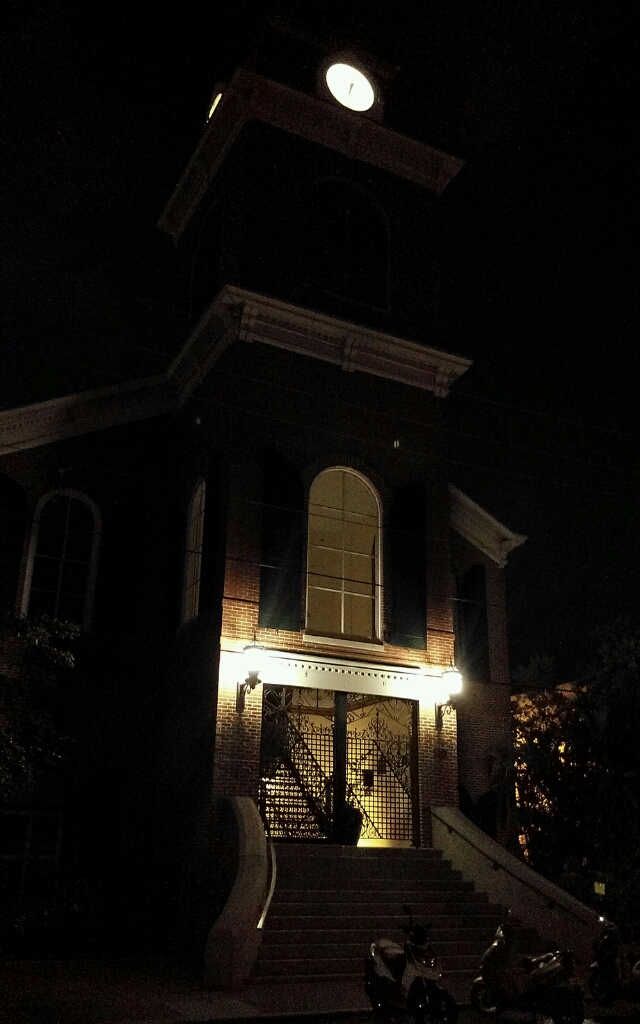 At first I figured I was just getting worked up and annoyed because the world of my  misspent youth is possibly going to change irrevocably. I have traveled to countries that no longer exist, and a good thing too in most cases. No one really misses the German Democratic Republic and its spying apparatus. The 24 hours I spent there freaked me out far worse than my  trip to the Soviet Union did which was far less oppressive and creepy by comparison. Yet the idea that Scotland's union with England which together are the United Kingdom, should be dissolved after three centuries just seems wrong to me. It's like Maine voting for independence. It seems plain weird as none of us remember a time when Scotland was anything but glued to England. 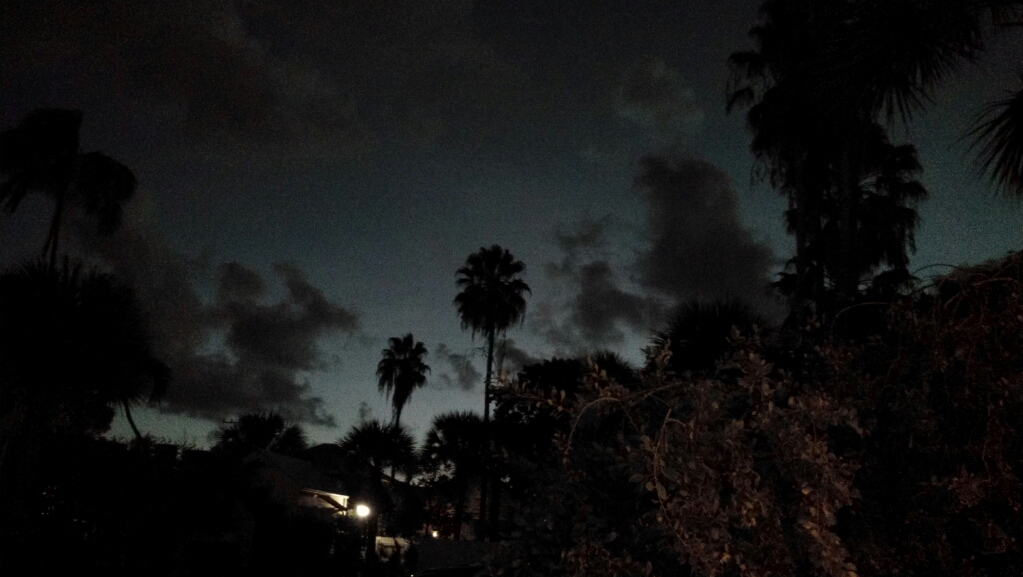 The thing is I support most of the ideas promoted by the Scottish National Party, which describes itself as social-democratic which is to say left of center. If it does have good ideas worthy of an independent Scotland I don't see why they aren't worth promoting for the entire country. If free public health care, free education and a nuclear-free future are good for Scotland, why not fight for these causes as part of the United Kingdom? Its too easy to scoop up your marbles and go home in a huff, rather than stand and fight to convince your neighbors of the justice of your cause. Better to stay part of the United Kingdom and promote those policies for all residents of the UK, if they are worth pursuing at all. But Scottish "Yes" voters prefer to isolate themselves and ignore any larger issues. 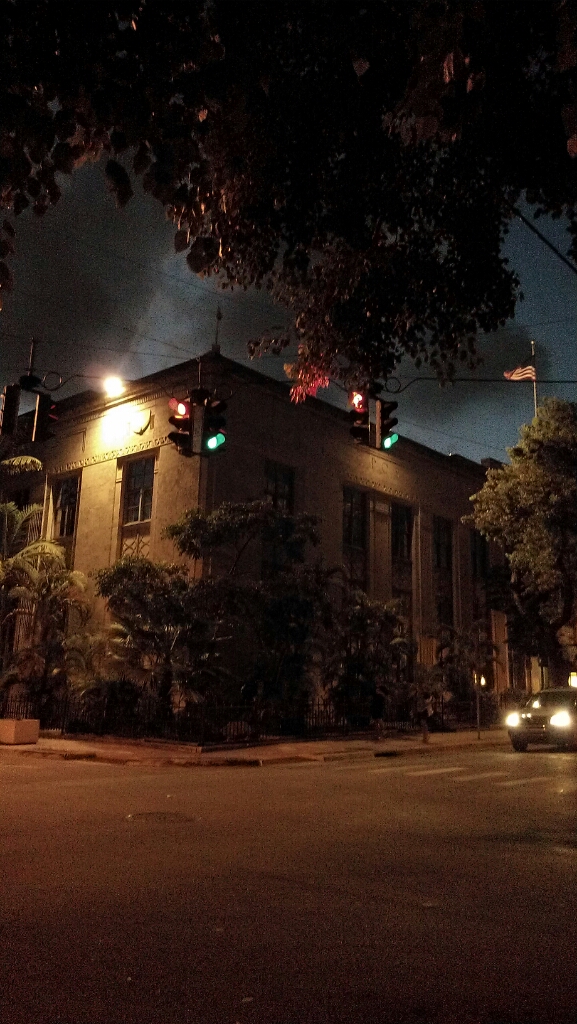 The other thing that frosts me is that the nationalists want to have their cake and eat it too. They want to retain the British pound but the English government is saying no to that, though how they could prevent it I'm not sure. The Scottish nationalists also want to join the European Union, but Spain is dead set against that because Spain fears Catalonia might follow Scotland's example if they are successful and  gain independence so they have promised to prevent an independent Scotland from joining the Union.Scotland wants to fund its  expensive welfare state with North Sea Oil but  the supply is running out, and the voices for independence are simply ignoring this cold hard fact. The English government says a vote for independence is irrevocable and they will pull out English based manufacturing, military bases and support facilities further cutting Scotland's economy. The yes voters think independence by itself will solve all ills. They seem mathematically impaired.  Two generations ago large numbers of highlanders heated their homes by burning dirt. After decades of peace and prosperity its time to cut the ties that bind. I am quite surprised the English haven't decided to be the ones choosing to cast the ungrateful Scots off. Let them go back to the dark ages if that's what they want. And maybe this vote won't lead to the dark ages exactly but changes will be real and permanent with unintended consequences. 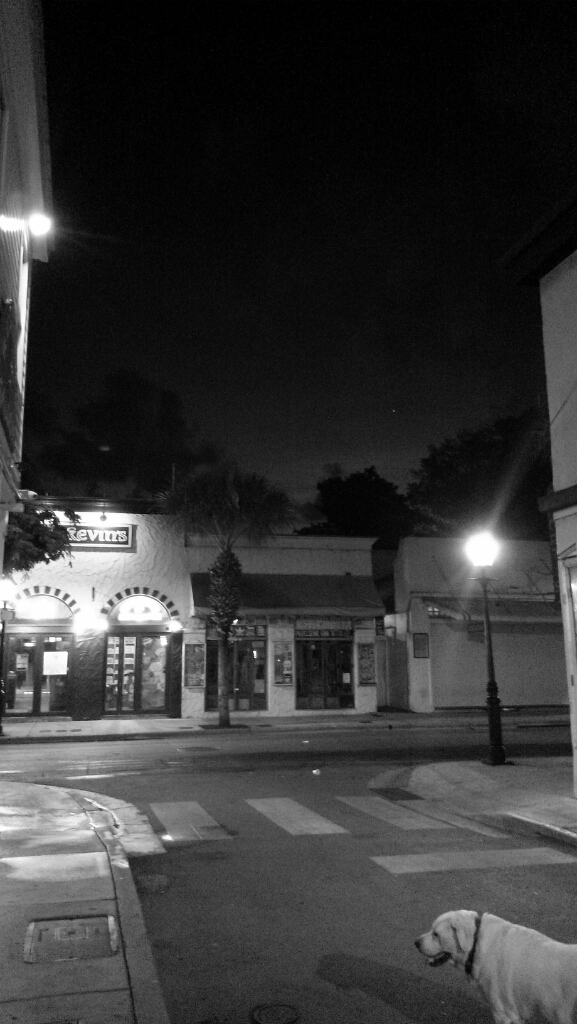 Yet the nationalists, losing in the polls by a mere 6% with double that still undecided (dear God how can anyone in Scotland still be undecided with the vote looming on the 18th?) are acting like rent-a-mobs hounding people like J K Rowling who supports union, and throwing eggs at politicians opposed to separation. Yet my sister who supports independence gets fatuous Facebook posts from her friends talking about border controls going up after the vote with the fervor of eastern Europeans throwing off the shackles of Soviet dictatorship. They sound like school children playing at setting up house, as though a vote for independence were make believe.  If they vote for independence all ties will be cut between the two countries but it will take a couple of years to sort out the mess. Not least is the name of the new rump state left behind by Scotland's proposed departure. It can't very well be a United Kingdom when the "other" kingdom departs. Some people want to call it the Former United Kingdom which leaves a rather unfortunate acronym in it's wake. I suppose it will just be Great Britain and the United Kingdom where I was born will disappear. Fantastic. 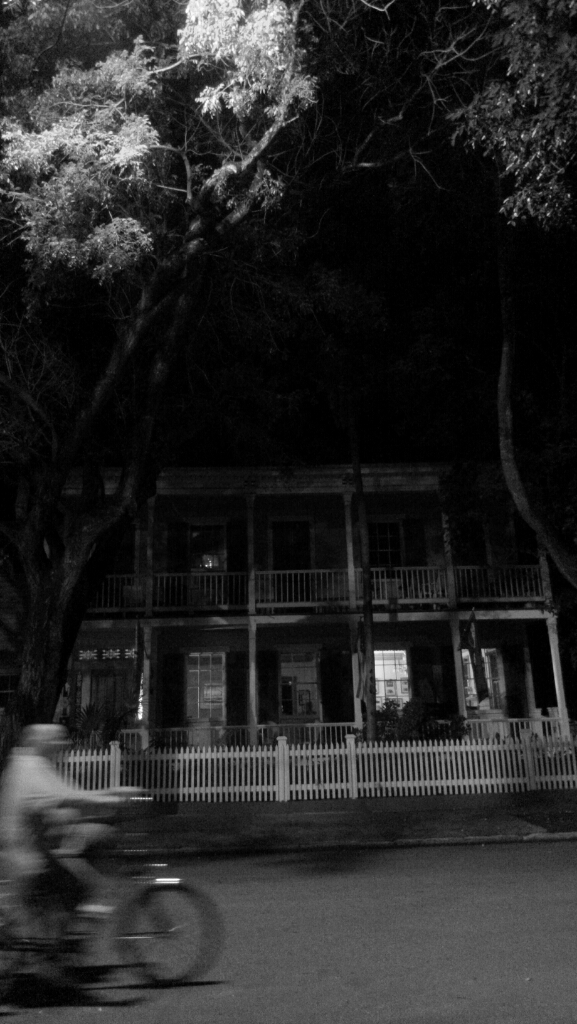 Unarguably the English have treated the Scots as badly as anyone but it was centuries ago, employing legalized theft to deprive the Scots of their lands and trying to suppress their culture by banning the kilt and so forth. But to hold a grudge would be like the US cutting off diplomatic relations with England because the British once burned down the White House. Scotland  has it's own parliament at Holyrood and has for as long as I can remember had certain of its own laws such that my father, a lawyer in London was not able to practice law in Scotland. Nowadays Holyrood levies taxes and makes laws but has no control over foreign affairs and defense. But that is not enough for modern Scotland. 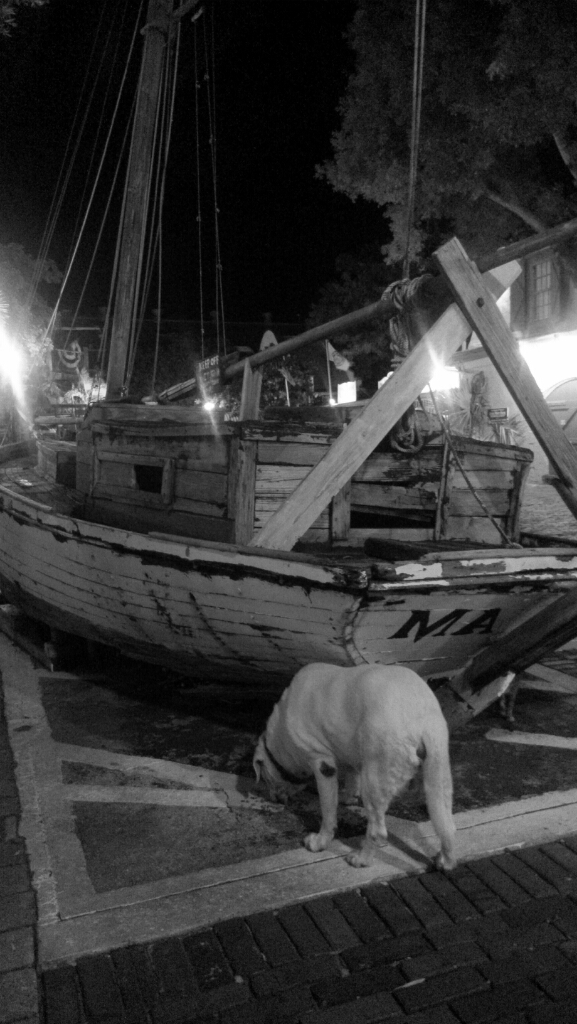 The parameters for the vote are bizarre. Anyone who lives in Scotland as of September 2nd, tomorrow, the last day of registration get to vote. 16 year-olds vote. Citizens of the European Union living in Scotland get to vote. And bear this in mind you can currently drive from England to Scotland with no more formality than driving across a US state line. The possibilities for ballot stuffing seems endless. 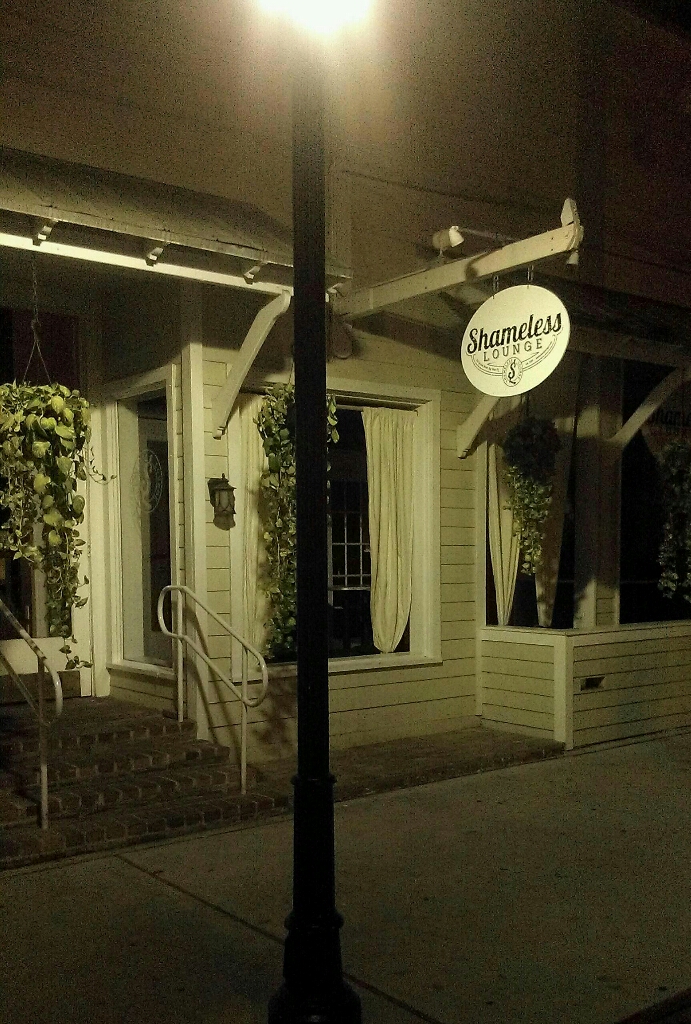 In the end I ask myself what does this mean for me apart from my irrational fear of losing where I was from and whence I do not intend to return? I guess I have grown into my American skin. As much as it is possible to get irritated by one's neighbors the US isn't a country that considers cutting them off just because of irritation. We don't weigh and reject, as a nation, the cost of repairing forest fires in the West, flood damage along the Mississippi or hurricane debris in the East. I suppose if you were to cherry pick certain corners of this country they could get along just fine without the rest of us but that's not part of the program and never has been since this place was founded. California would have a perfectly satisfactory economy were it to go it alone, but that possibility does not exist in our New World. That unity has always made America great; disunity will make Scotland small and mean and drag England backwards with it. 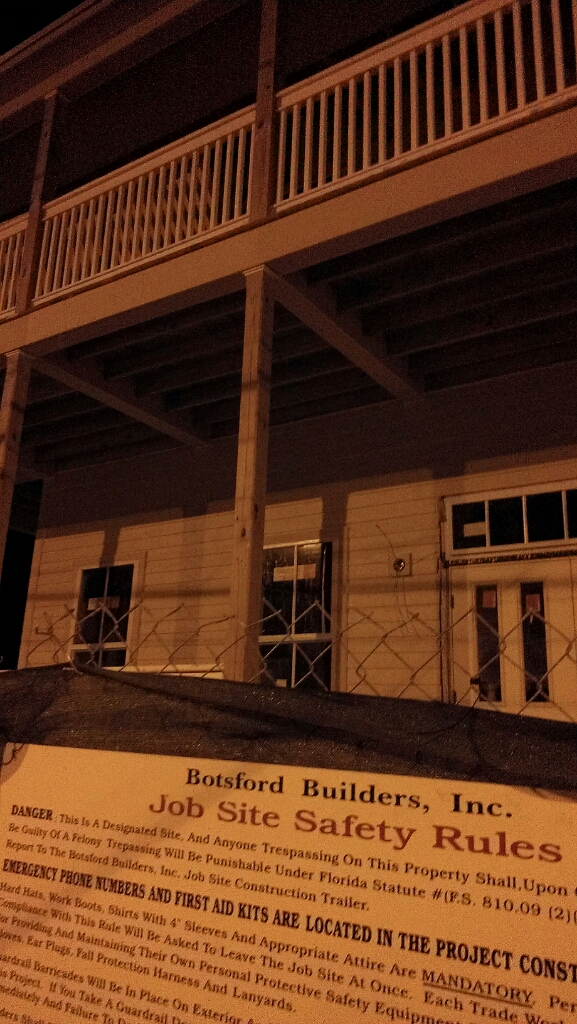 On a practical level I don't see the value of leaving the UK and then proposing to join the EU. England is planning to re negotiate terms of membership with the Union but by seeking full independence Scotland would get to take itself out of those discussions. I don't think the Euro has been the brilliant idea I had hoped it would become, not least because of the lies propagated by the poorer European states anxious to qualify for membership in the currency.  They downplayed their debt to pass muster with regulators who seemed to pay no attention to reality. Scotland does not seem like it would be much of a boost to the European Union even if it could join as an independent country, and it will be  poor and laden with debt after  it separates from England and Wales and Northern Ireland. 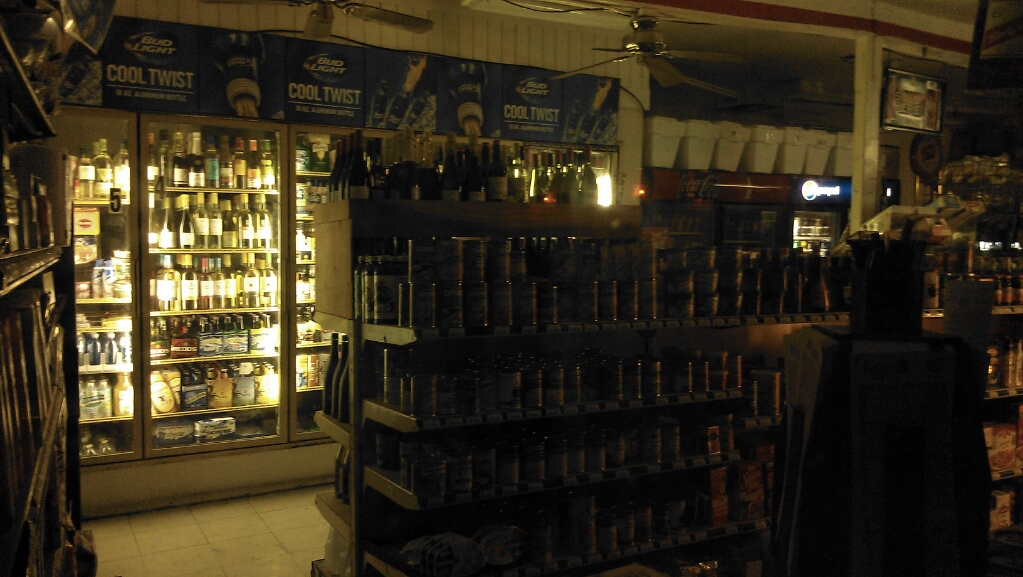 Change is good, I tell myself, but some changes are hard to swallow. Independence for Scotland rubs me the wrong way and I hope common sense and fear of the unintended consequences will prevail in two weeks and "Better Together" will win out and launch Scotland into a drive to influence, not tear away from, the other kingdom to the south.


It may be coincidence but yesterday marked the end of organized violence in Northern Ireland when most of the IRA decided to stop killing people in an effort to bring Northern Ireland under the influence of the Catholic Church in the Republic. In much the same way that I wonder if Palestine might not exist today had they adopted Gandhian non violence, I wonder if the IRA had chosen non violent civil resistance would Ireland be re-united today? Who knows, but the past is another country, they do things differently there. Wild specualtion in light of the murder and mayhem happing across the world today. Duck and cover, once more. I prefer dogs to people.
Posted by Conchscooter at 12:00 AM 2 comments: