It was a stormy morning so I decided to take Rusty to a south facing beach to enjoy the force of nature. After some cogitation and discussion with Rusty, which was a bit one sided, w e settled on Ohio Key. 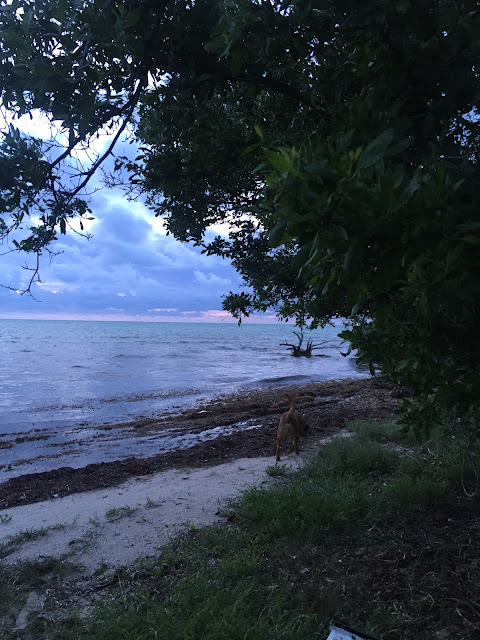 Before humans spread out amongst them and brought the railroad most of these islands were uninhabited and had no names. The railroad needed names and so the workers laying down tracks offered up some possibilities. Mostly they seemed to feel a nostalgia for home so the islands seemed to end up being named for various and assorted states. Next to Ohio we have Missouri. 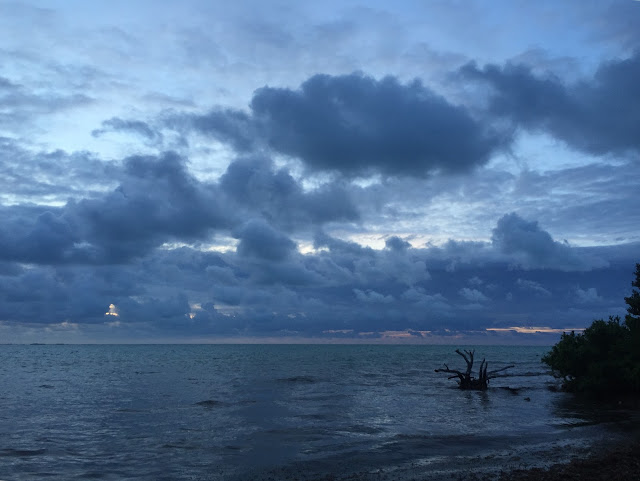 Ohio Key is a mile or so south of the Seven Mile Bridge and you can see Marathon on the horizon. They named the City of Marathon (there is no "Marathon Key") because it was a Marathon job laying track across that particular piece of wilderness in 1910. 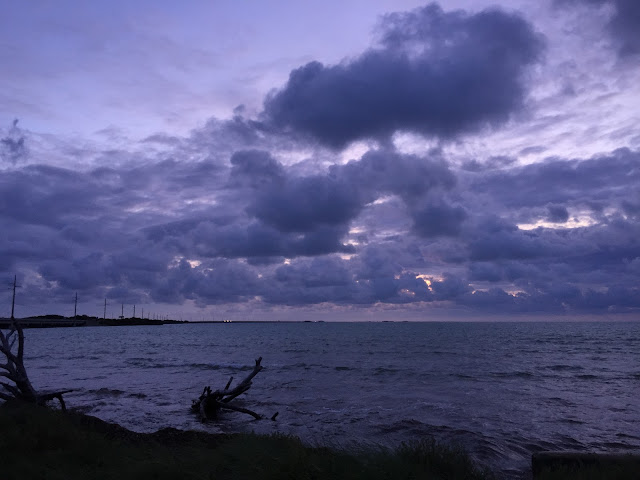 The islands here are small and there are lots of bridges connected small strips of land. 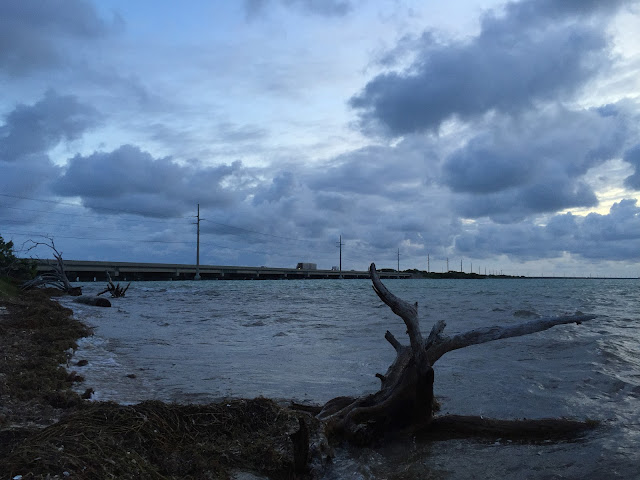 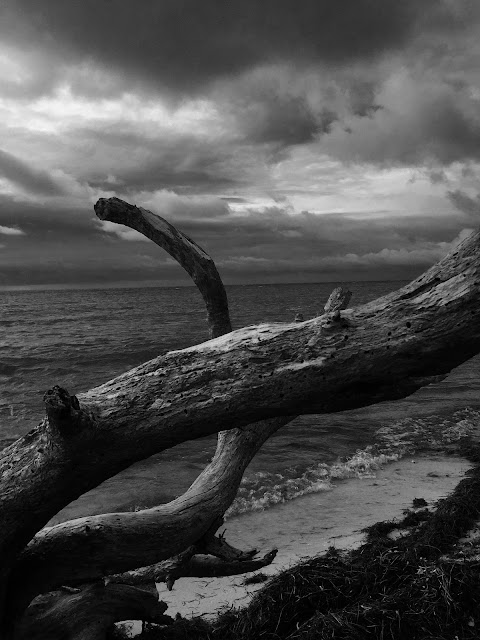 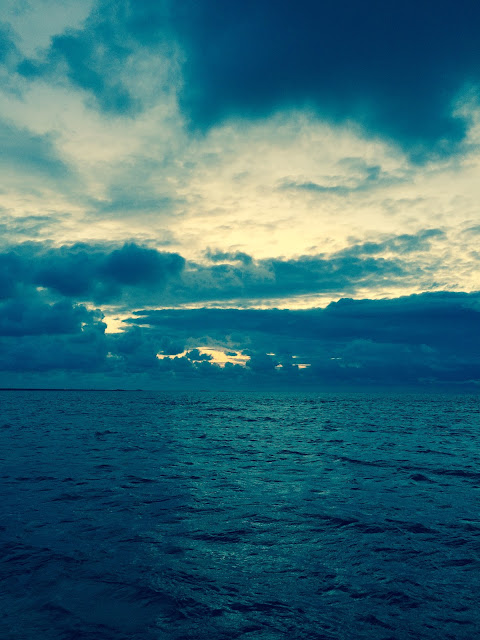 It was windy enough to raise Rusty's ear flaps. 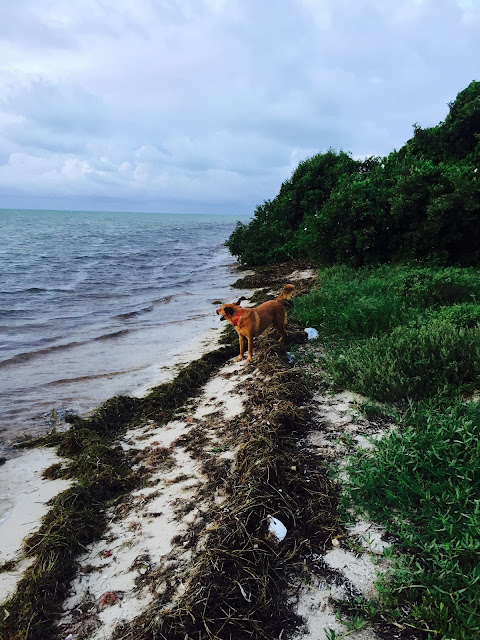 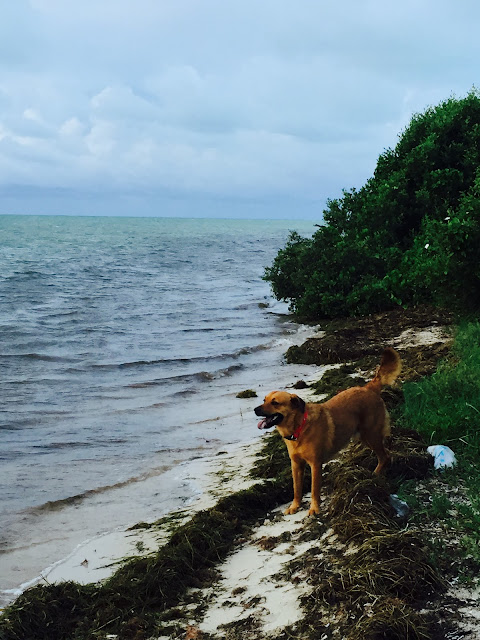 The storms throw up tons of seaweed which dries and rots. 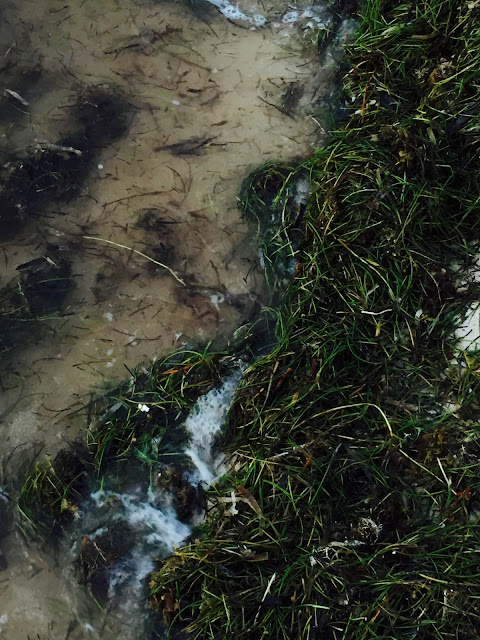 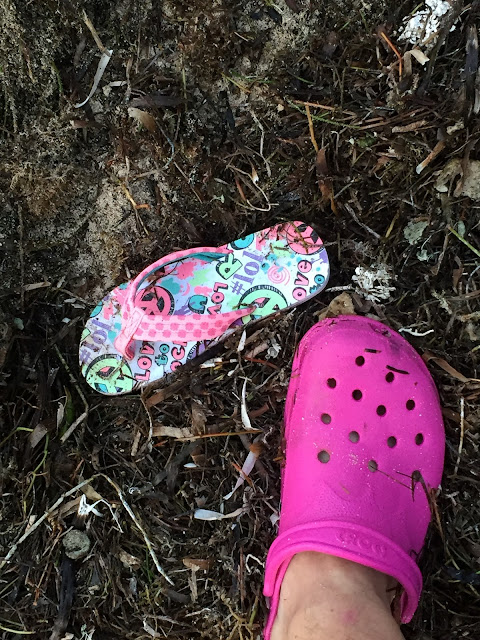 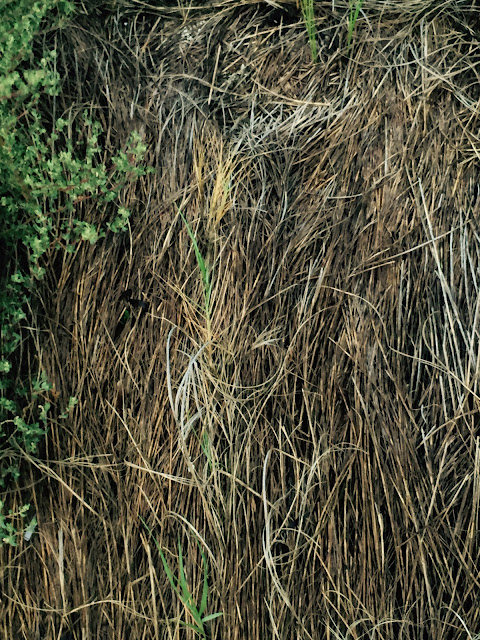 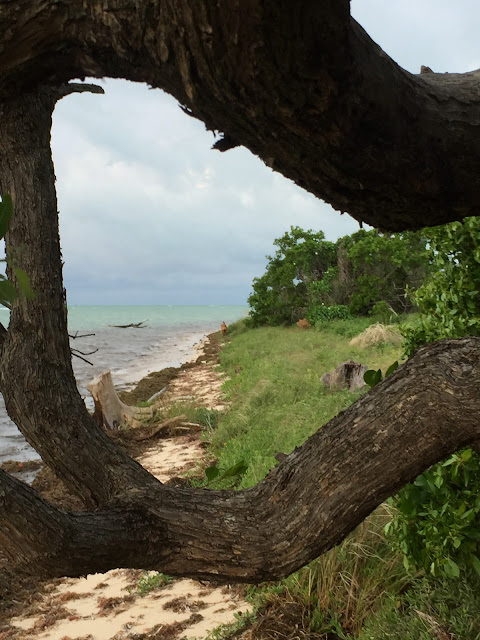 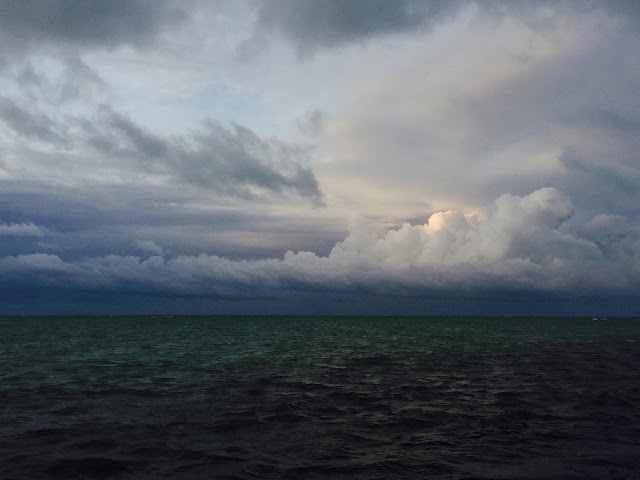 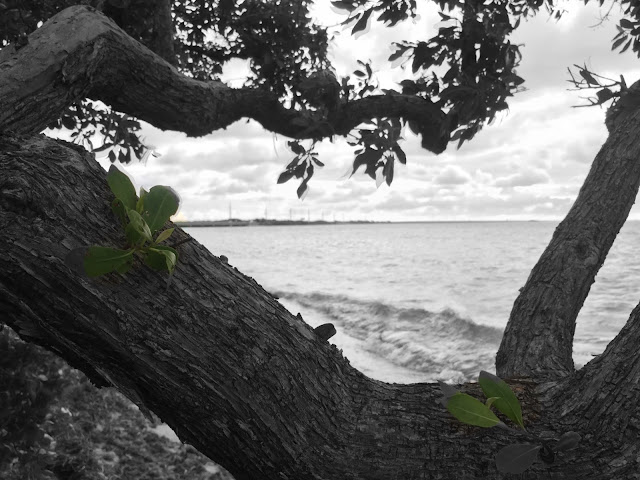 In winter campers from the nearby RV park can often be seen down here. This time of year it's a lonely spot. Lovely.
Posted by Conchscooter at 12:00 AM 3 comments: