I have been working so much my inner clock is getting knocked out of synch with the world around me. We are quite short staffed at work so I am getting one night a week off -if I'm lucky. Consequently I am turning into a truly nocturnal animal. Usually I have enough time off that I have little difficulty switching between sleeping at night and sleeping during the day as required by my schedule. Now I am working so much I have difficulty sleeping the whole night through. 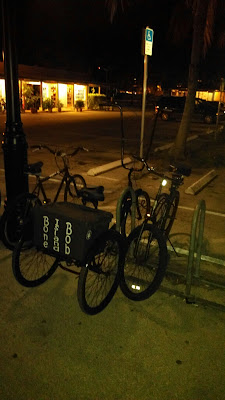 In this vampire state of mind I end up waking at one in the morning and after tossing and turning for a while I shake my dog awake and we creep out like thieves in the night so I can find sleepiness once again. 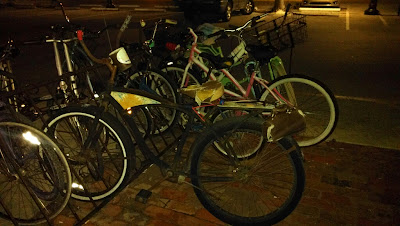 Cheyenne's a good sport and she'll go from a deep snoring sleep to wide awake and tail wagging in a few seconds. Calvin and Hobbes are loose on the city. 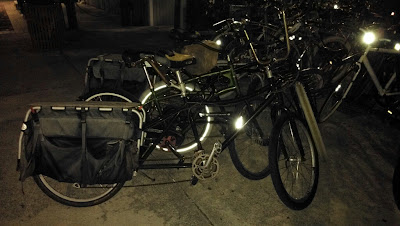 I was thinking about nothing in particular as Cheyenne mooched around in the area of the Half Shell smelling God knows what and I realized I was looking at an vast cross section of Key West bicycles. This area is a parking garage  for people who live on boats or who work around here and leave their machines locked to the racks. 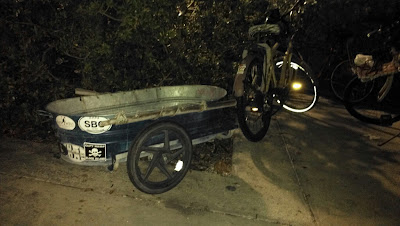 These bicycles are working machines in a city where thousands of residents don't have cars. 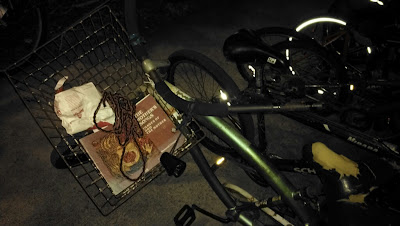 Cycling is  a means of transport one frequently associates (in the US) with university towns, student wheels, and bicycles are manufactured to appeal to fashion conscious buyers. Style counts in bikes as much as it does in cars. Furthermore some bicycles are so specialized (no pun intended) that they can be as costly as a motorcycle. In Key West bicycles tend to make a more counter culture statement. 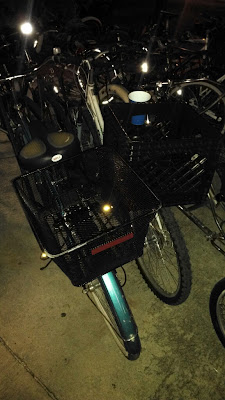 I've made the point before but it bears repeating, that status is not defined by stuff, usually. It is an appealing side to Key West that is still holding on in the face of gentrification and encroaching wealth. 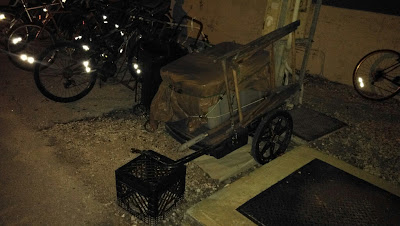 To have a bicycle and what's more to use a bicycle is a sign of common sense where the bicycle replaces the car. To have an expensive bicycle is asking for unwanted attention in a  city where beach cruisers do quite well in a small flat town. 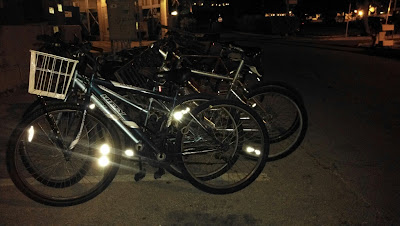 I like the colorful simplicity of the bicycle, even though I am a fan of motorized two wheels. 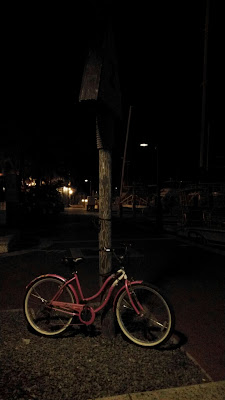 I do from time to time put my fiddly complicated universal bike rack on the car and bring my bike to town  from home. 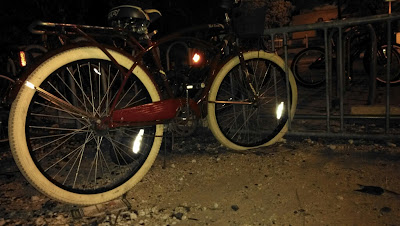 I do not find riding a bicycle in Key West to be a particularly relaxing way to get around town honestly. To do it in the company of a spouse or friend is even worse. Riding on the streets of Key West takes concentration as traffic is erratic and visitors have no clue how to negotiate the narrow spaces. I find a scooter or motorcycle much more efficient but I was shocked to realize this year that I have been riding for 45 years so my preference for motorcycles is understandable but not the norm. 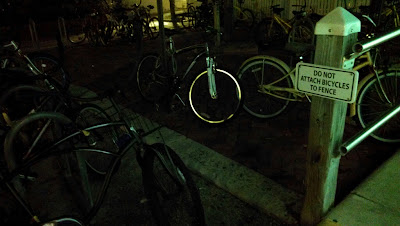 In the end I like walking which is lucky because I like to have Cheyenne along, but also to take pictures. Fiddling with a camera and a bicycle is a pain. 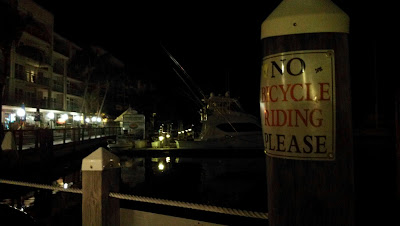 I guess a bicycle as a station wagon is not my ideal. I had no idea.