I keep reading about continuing  cold and snow Up North which is at odds with what's been going on down here. A pleasant breeze helps but it has been hot and sunny day after day, just how I like it. 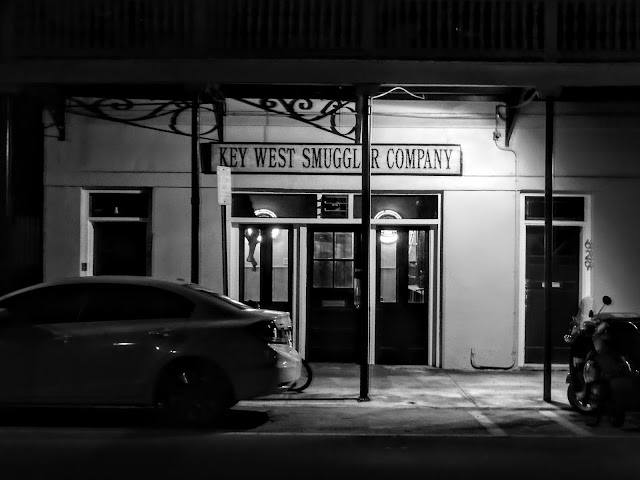 My dog less so. Rusty likes to wait until the sun is starting to set before venturing out in the afternoon. Most of the time he sunbathes on the deck or wanders down to the driveway and lurks on the paving in the shade watching the world go by, then he returns to the air conditioning by way of his dog door, and stretches out on the tile in the kitchen. It really is a dog's life, cage free, fence free and unencumbered by obligations or guard duties. In return he behaves with perfect propriety. 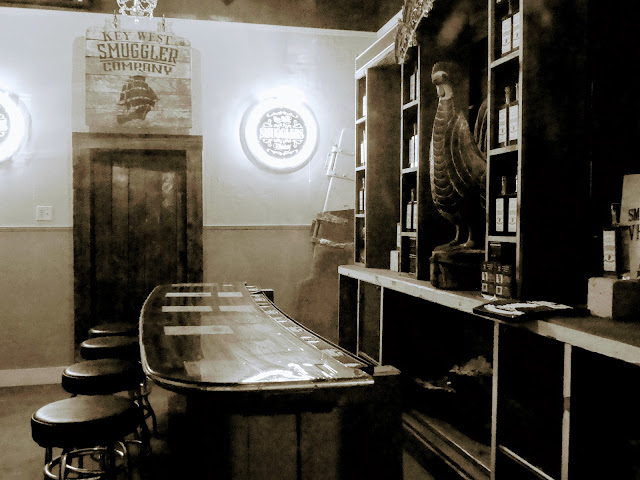 So by way of reward when I'm off work and awake at some ungodly hour we drive into town and take a stroll before the sun comes up but after the bars close and people retreat indoors. I have a terrible feeling that when I retire the hours between three in the morning and six in the morning may become my favorite times of day, as it were. I enjoy the absence of activity. 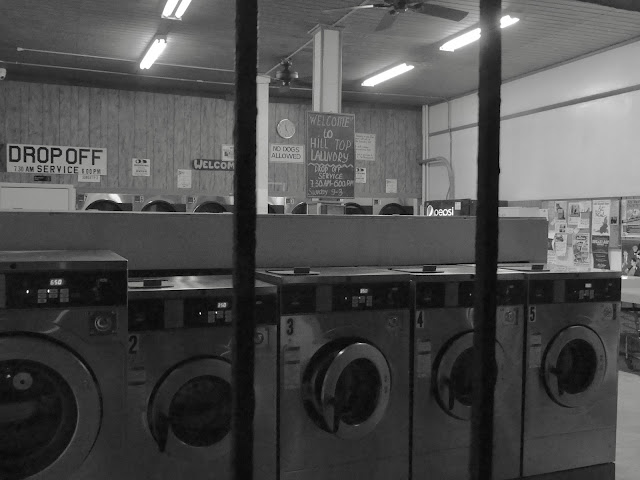 I have decided to give in to my better nature and try using a  tripod for night photography. I have long felt the absence of a steadying influence and now I am able to walk a bit more securely in my new shoes I think maybe I can handle a tripod and slow the pace down from time to time. Taking pictures on the fly is not my preferred method at night when I would like to spend more time on composition and shutter settings. During the day with strong light and a need to keep an eye on the little brown bundle of joy a tripod would be in the way. I'm hoping that at night I can take the time to work on night exposures. I guess it's time. 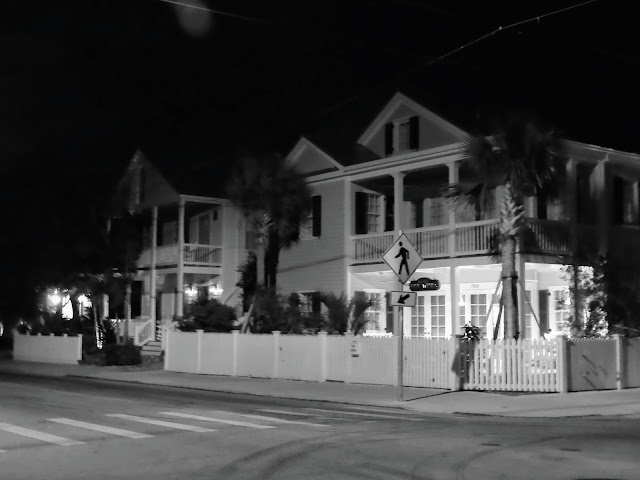 Walking the streets at four or five in the morning is really quite lovely and it gives me time to think. One of the big issues facing Key West at the moment is  a plan by the state to refurbish the one solitary bridge into the city. The work at the Cow Key Bridge is scheduled to take a year or so to complete and the plan calls for one lane in each direction to be closed as work progresses. They want to keep two lanes open outbound to allow emergency vehicles to get to the hospital...Its going to be that crazy It is pretty obvious already that one bridge is barely able to cope with seasonal winter traffic in and out of the city. What happens when access is halved is the stuff of nightmares. 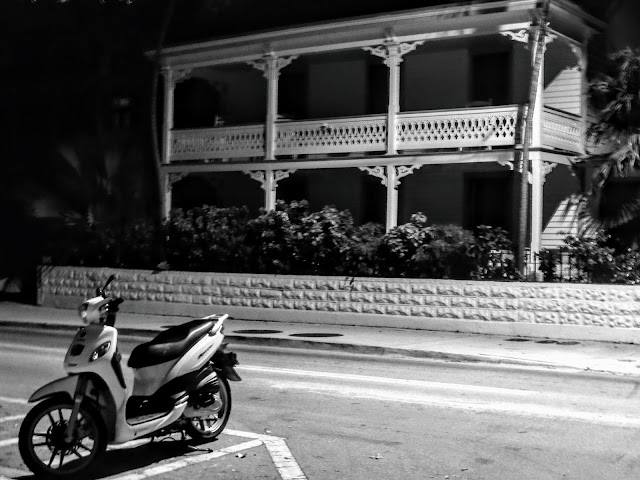 I have been pondering the problem myself and I am seriously thinking of buying an electric bicycle and parking my car outside the city and riding in to my job from Key Haven. The electric component is to allow me to get to work in a fit state to sit in a room for twelve hours with two other non-sweating people...And the fact is an electric bike would make getting around the city to other obligations much more viable than pure pedal power. That's my argument and I'm sticking to it. 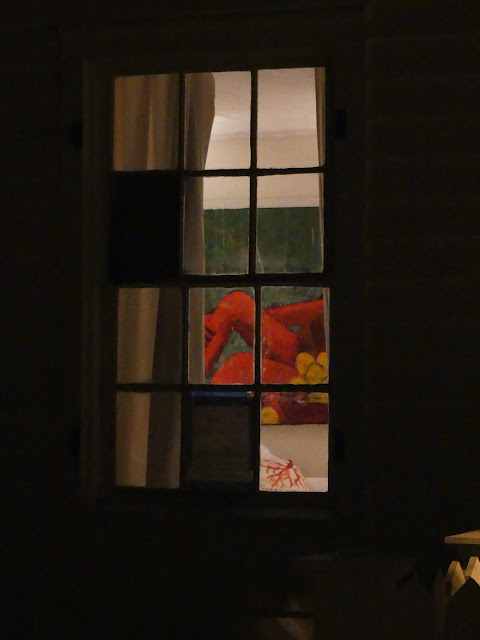 I've even heard some people pondering the possibility of arriving in the city by boat. There really is no alternative to the bridge repairs, and they can't safely be postponed. One side effect of this rising sense of panic is the notion that maybe the city needs a second road bridge to Stock Island but that apparently would take a decade to accomplish and millions of dollars. Personally I think a bicycle bridge across Cow Key Channel could alleviate a lot of traffic as electric bikes are becoming viable alternatives to urban car use. 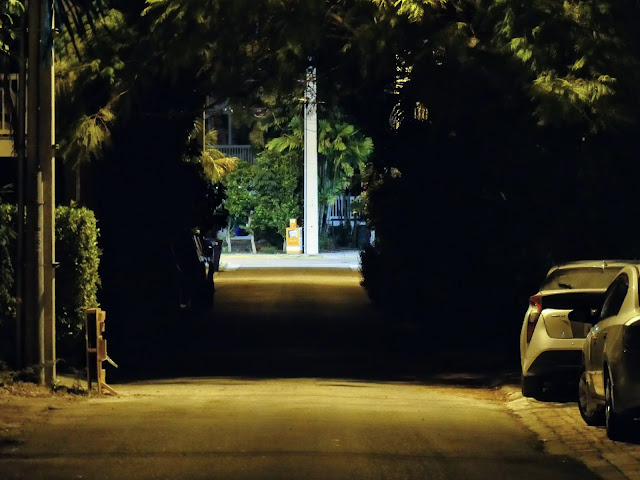 In the meantime we blunder forward hoping for the best as the bridge repair deadline approaches in April 2020.  According to the Keys Weekly the state is offering an incentive to get construction work down to nine months to avoid road closures during the  heaviest winter traffic which would be very good. 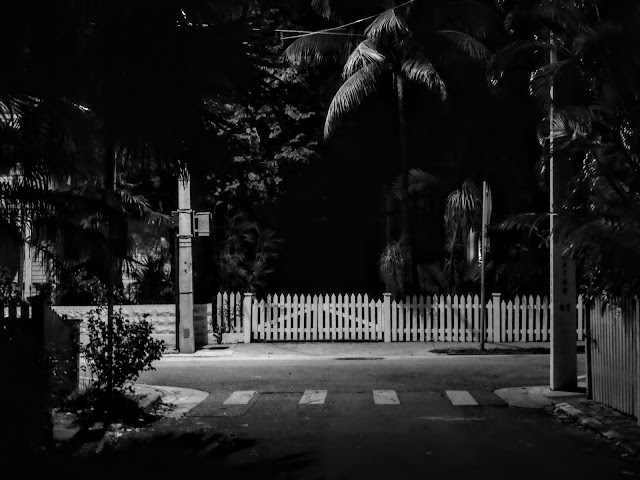 I know I must seem a bit odd but I enjoy following Rusty on these walks. He goes one way and then the other and  I just watch him trot back and forth. He is amazing around cars too. I guess he learned to survive on the mean streets of the Redlands in Homestead. He looks into the street before crossing and sometimes I worry that interfering with him will distract him as he copes so well on his own. Then when people start to appear I put him on the leash and he slows his pace to match mine hobbling along behind. 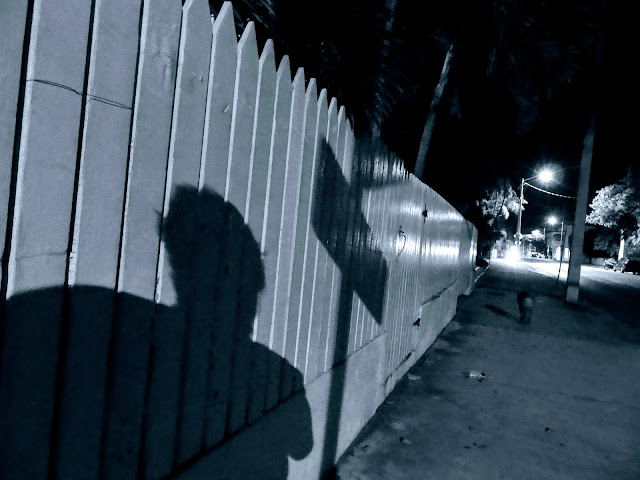 I would never get out like this if it weren't for Rusty but he is always ready. Well I should say almost always ready.  Some days he just lies there and looks at me as I prepare to leave the house. He'd rather stay in the cool and let me go out and see my physical therapist and go shopping and deal with distracted traffic on North Roosevelt Boulevard. I can hardly blame him. 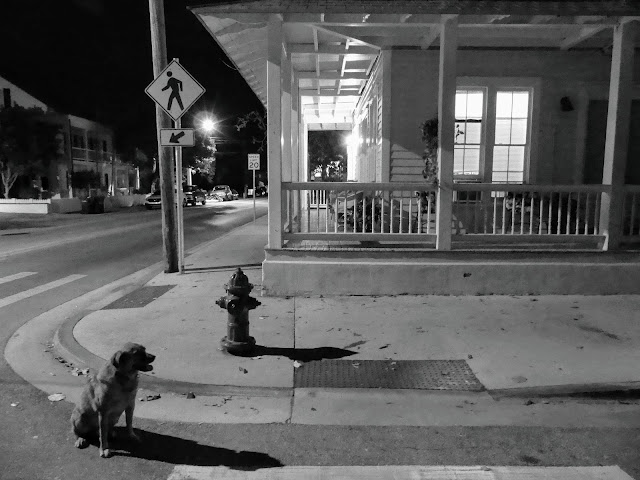 And then when we do go out together in the warm dark night I see things I'd never notice in the hustle and bustle of the day time. I pity my wife at home asleep and snug while I'm being dragged around town by my dog. 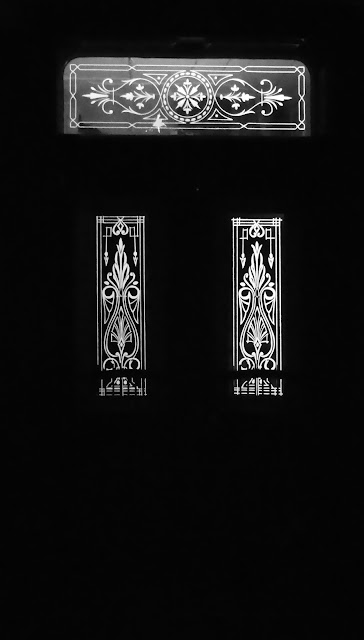 And some things I make myself by hitting the flash which I never use, and an innocent tree becomes a ghost. 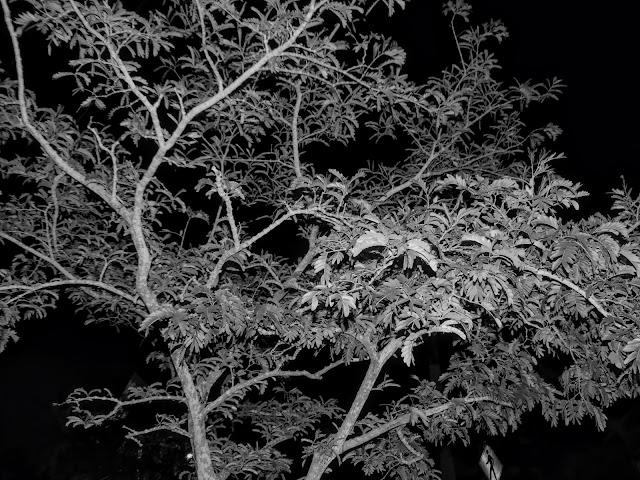 Thank you Rusty for the encouragement to explore.
Posted by Conchscooter at 12:00 AM 2 comments: Links to this post