Many years ago, in 1979  to be precise I rode a motorcycle across West Africa. I traveled across Tunisia, Algeria, Niger, Nigeria and got sick in Cameroon whence my travel insurance flew me home with a severe case of hepatitis A, jaundice and a nasty tropical fever. I was diagnosed in Douala by a French military doctor whose job it was to take care of French Peace Corps workers in the country. I flew home to Italy and spent three weeks in the hospital, for the only time in my life  a walking skeleton unable to eat, yellow as parchment and weak as a kitten. I was 21 years old. It was a hell of a journey undertaken by someone not prepared for the rigors but who camped alone in the wilderness, relied on the kindness of strangers and in the most desperate of circumstances never lost the feeling this was  exactly where I was supposed to be. 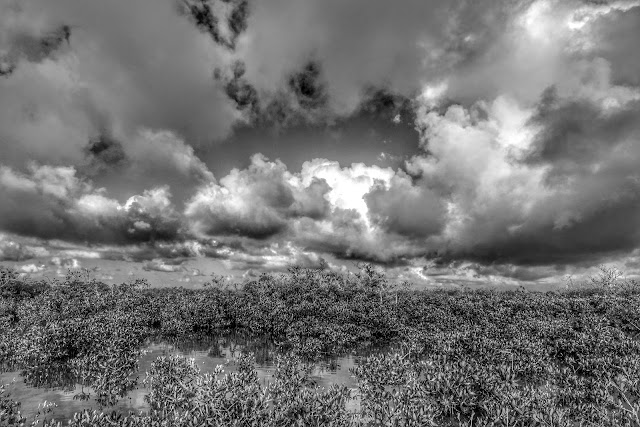 A photo would sure be nice but my camera broke early on, exposed to sand and the rattles of riding on a Yamaha SR500 a notoriously vibration filled single cylinder motorcycle. Thus I have no pictures of that epic six month journey. No photos of me in the Grand Erg Oriental surrounded by sand, nor in the Hoggar Mountains outside Tamanrasset in Algeria. But I did read a book about a man with many and similar travels to my own. He traveled in the style we all did in those days, improvised luggage and too much of it all bungee'd to the bike: 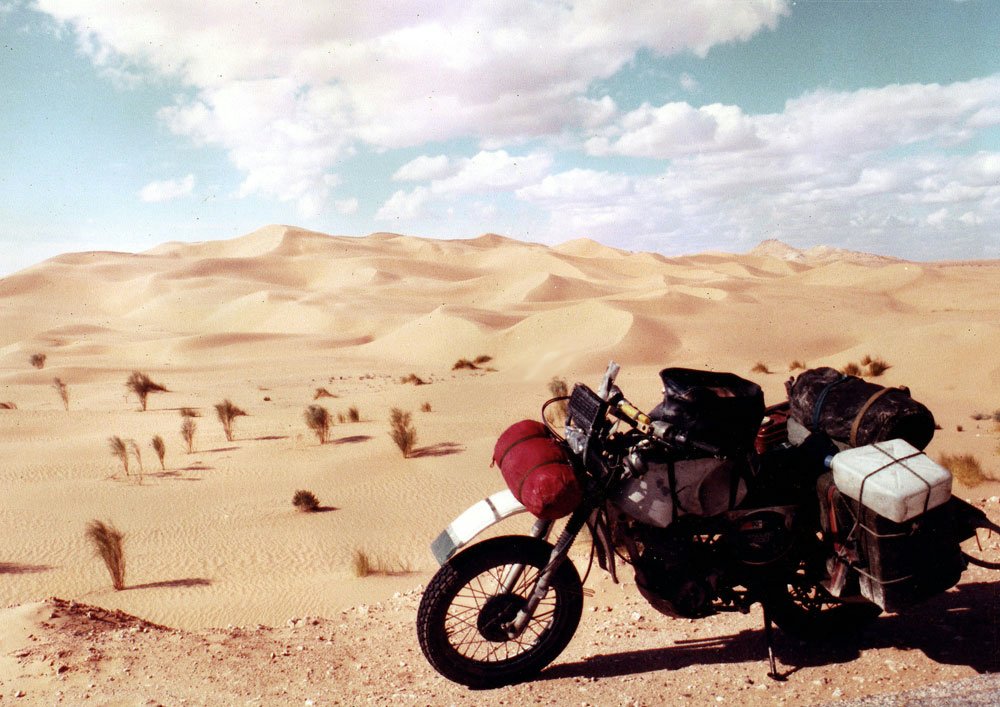 His book Desert Travels is well worth a read if you are interested in the place and the era, as he was quite the expert where I was a rank amateur. A film photograph of me on the Great Siberian Railway, October 1981, taken by the Russian sleeping car attendant who found me excessively Western and made me out to be  a spy: 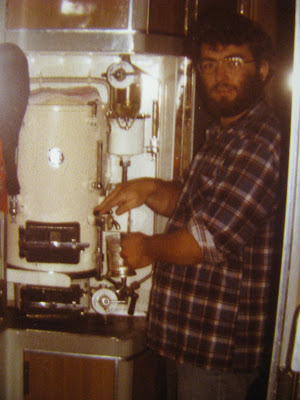 A couple of years later when I went around the world I was careful to document the journey much more carefully even though, looking back I wish I had been more focused on who I was meeting and not where I was riding. All of this by way of preface to my next thought: I want to get the picture taking right on my next planned break out. 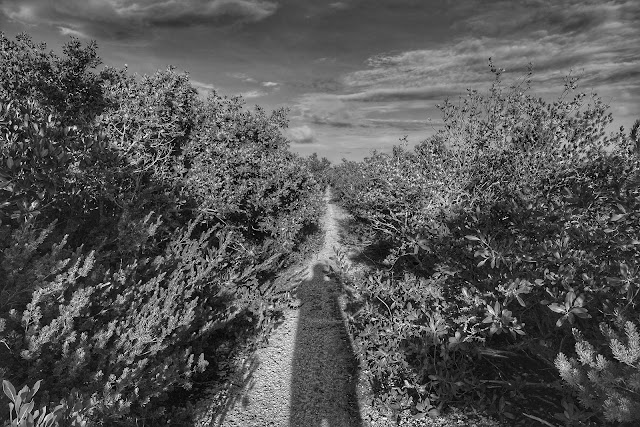 Digital photography is a world unto itself and I have been trying to learn it's secrets thanks to the Internet and YouTube. I used to own a Minolta digital camera with several lenses but I got tired of film photography and its attendant uncertainty. Strangers processed my pictures and they never came back how I had hoped, whether because of my incompetence or their lack of attention to detail who could say? In the new century the idea of a camera in my phone was brilliant and even though early digital was not very good the idea of free easy photography was enticing. And so the blog was created as a place to store my digital memories. 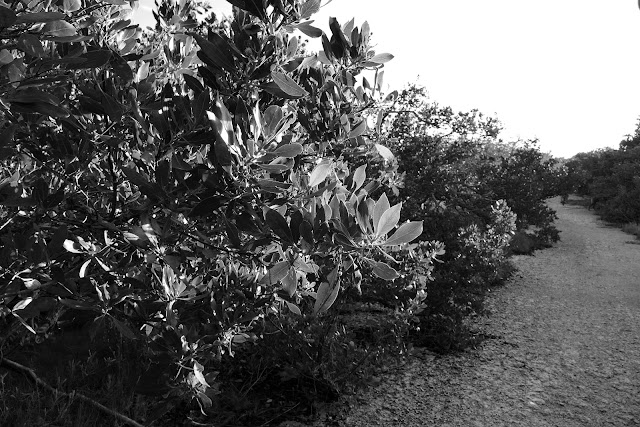 Below I took a picture of a cobweb strand highlighted by the setting sun, and that tells me digital photography, even with my modest Panasonic FZ1000 is as good as I need it. Technology is something that amazes me in a world of constantly evolving technology. When I traveled by motorcycle as a youth 40 years ago I was lucky to have a small transistorized short wave radio and i traveled out of touch with my family for months at a time. My family and I were not fond of each other so that was liberation for me, not a loss. Nowadays I read on forums how leaving home without a pocket phone is unnatural. So it is. For me, leaving home without a camera is odd,  and my slightly out of date iPhone 6 camera  does a fine job and I look forward to getting a new phone before I retire.I have seen pictures from the iPhone 11 and they are quite excellent and qualify as a pocket camera. 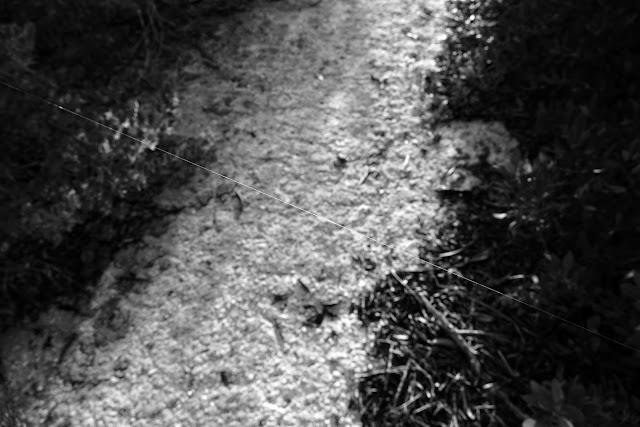 My project with this blog was to photograph Key West as it changed and evolved around me and as much as I was able I did that. I can't say photographing people has ever done much for me and I'm not much good at it.  I have posted pictures of people on the street to no great acclaim which leads me to think no one really needs me to capture candid moments around here. When I take 911 calls one important question, in certain situations is "What are they wearing?" And when the reply comes "White t-shirt and tan shorts" I am tempted to describe that as the "Key West uniform." So in my pictures of Key West the people are incidental. I enjoy the architecture and the atmosphere I walk through in leafy picket fence neighborhoods with quirky architectural notes, odd signs and bright colors. In the woods I miss slopes and streams and views and the wide variety of plants in deciduous forests. Prickly Pear In Sunlight (Looking Like A Sputnik): 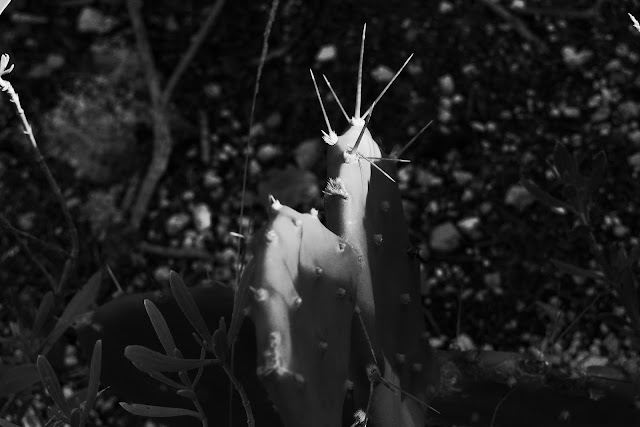 But on the other hand I get to see trees that many people in temperate climates never get to see. I have coconuts growing in my yard and when I take my dog for walks readers worry that we may get eaten by alligators. Excellent. Of course in twenty years of mangrove walking the most dangerous thing I have seen is either a) a cloud of mosquitoes or b) a dead rattlesnake that smelled really awful. Your choice of  danger.... 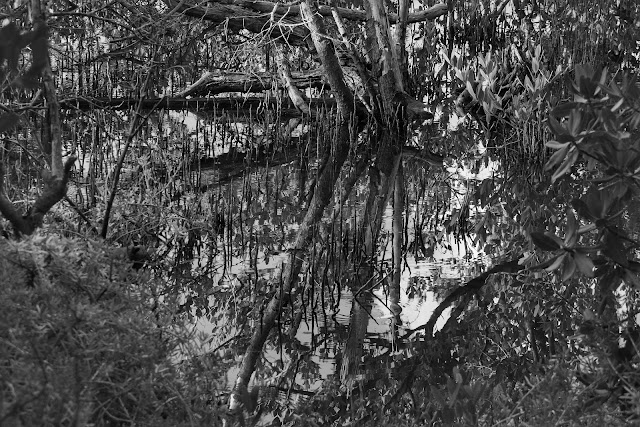 I mentioned to my wife the other day that I want to set aside some money for a camera fund just in case I feel the need to get something before we take off. I have already determined the need for some sort of laptop computer to store pictures and to make writing this blog easy. I have an app to post on my phone but if you look at my entries from the hospital last year you'll see it wasn't very consistent. Well the phone  screen is small and the app is laborious but in the phone's defense I was flat on my back and only able to use my right hand so maybe that had something to do with the difficulty as well. In any event  I don't want to risk missing a thing in the journey ahead. 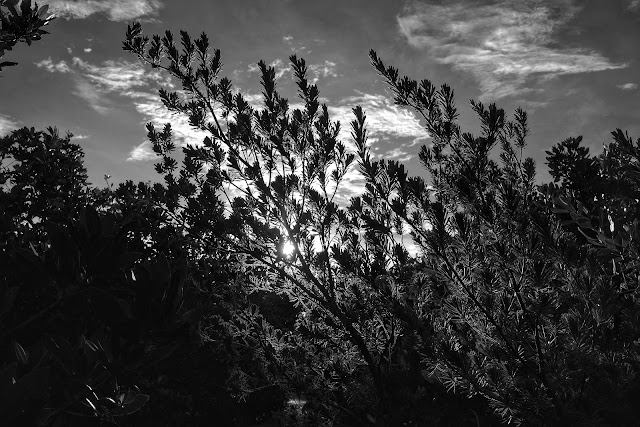 In the meantime I'm pondering how to go about making a record of my retirement. I like this page a lot but in doing my research I find I enjoy web pages that allow me to look at a nice clear index. Take this website for instance: The Road Chose Me Look at that page and enter a country and look at his videos or his photo essays about that part of his journey. Travel planning is a big part of my thoughts and a website like that one is really quite helpful. I would like to be able to offer similar accessibility. It is a thought swirling through my mind as I read an essay and get to the bottom and the title of the next in sequence  shows in a link at the bottom of the page... 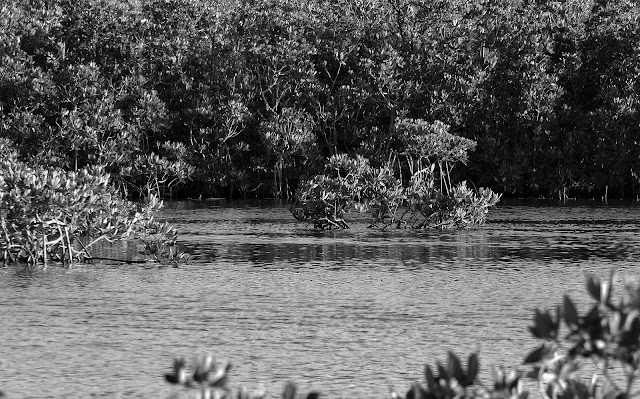 I have very little desire to move to anew platform or change too much but the stream of consciousness that is this page is not search friendly. You can certainly enter a topic or location in the search window at the top left but I haven't made best use of the layout as a  landing page. I see a future with time spent re-organizing and I dread it. 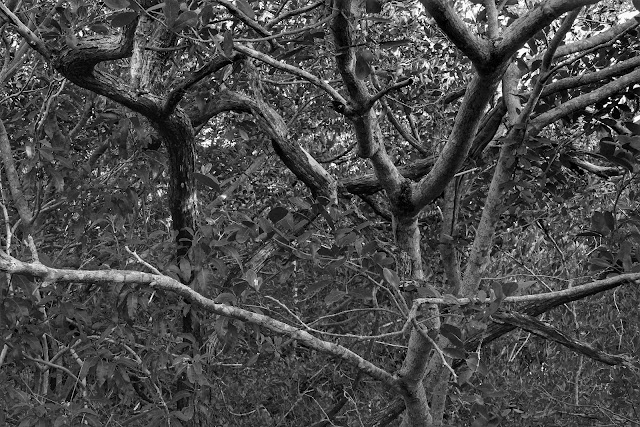 Meanwhile back at Retirement Headquarters herself is busy pondering clothes storage. I made the argument that everywhere we have traveled people eat and we are reasonably adaptable. Let's face it: multinational corporations ship processed food all around the world and as long as you aren't fussy about name brands you can shop and eat quite well. There are other compromises to be made when on the road but you don't have to eat guinea pig in Peru and the classic travelers' horror stories about eating gross body parts to satisfy some atavistic need to show hospitality are largely rubbish in the 21st century. We aren't going to be sitting around a campfire plucking sheep's eyes from a pot of bubbling stew as local residents look on waiting to hound us for not respecting protocol. It was in Guatemala I remember eating the best fried chicken. My wife still makes fun of me"Because they fried it in lard!" she laughs at me. Terrible for one's health but let me tell you it was delicious. The dogs enjoyed their scraps too on that sailing trip. 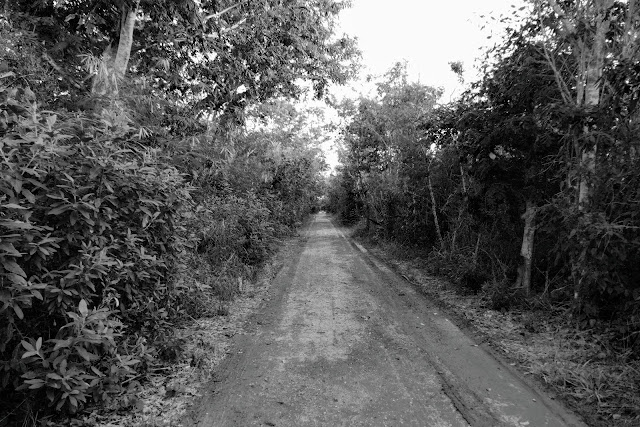 So as we figure out how to best use the limited storage in the van my argument is that we need more room for clothes and less for food. We will carry emergency freeze dried food in case we get stuck somewhere because obviously going hungry isn't on the cards. However clothing is a different matter. There is nowhere where you can buy clothes as cheaply and easily as in the US. Sizes aren't an issue and your clothes can be as rugged as you like. Furthermore we now find ourselves facing a future that will involve cold rainy weather from time to time so we will need a four (or maybe three) season wardrobe. We will attempt to drive ahead of the seasons but Fall will catch up to us from time to time. My plan is to keep replacement clothes in our storage locker so when Layne comes back to the US she can pick up some replacements to take back to the van wherever it is, but we will still need to store clothes onboard. More thought. Much thinking...pans here....clothes there...food here...flavors and spices there...and on and on. And then change it all up again at three o'clock in the morning of a sleepless night. 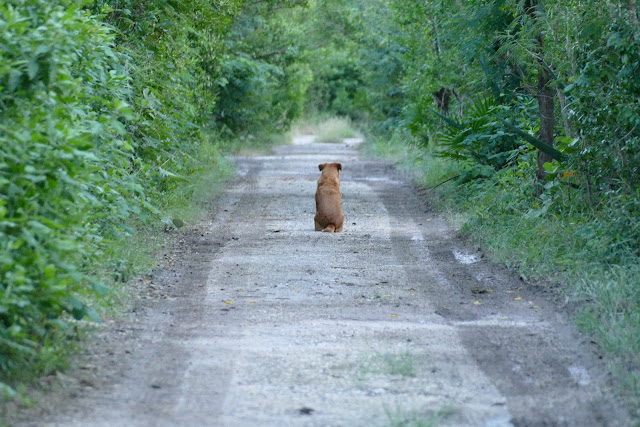 Rusty, the chief security officer lives blissfully unaware that by this time in three years he will be driving up Highway One for the last time for our shake up cruise to Alaska. A year will be a long time in a small dog's life. The subsequent long drive south will test his adaptability and ours.  I think he will do fine and I know dog food is sold everywhere and if that doesn't work out  this will substitute, I am sure.
Posted by Conchscooter at 12:00 AM 2 comments: