I was reminded today that in the end I am a modern Vespa rider.  I like to ride not wrench on the things. 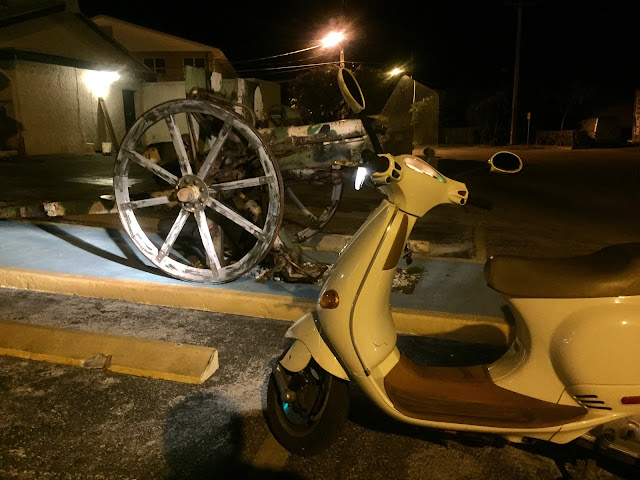 The older Vespa is faster, better run in and just keeps  going. I took the picture above at the Veterans' Hall on North Roosevelt. The one below of the newer 150cc scooter I took at work. Now that we are on summer time it's still very light when I get to work, which I like. 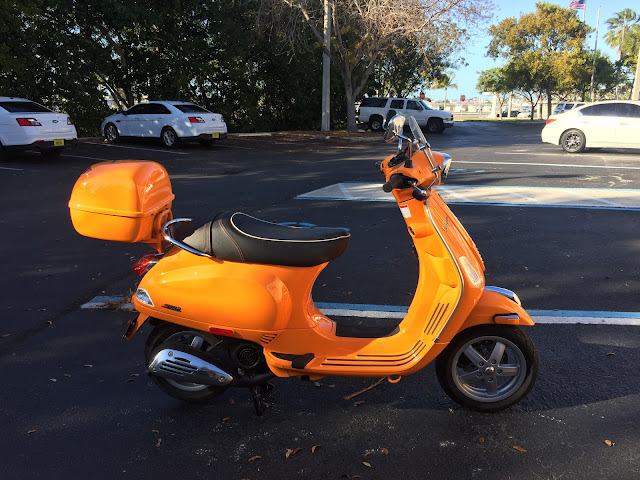 My meditation was prompted by a walk I took with Rusty on Stock Island when we passed a newer scooter shop and I saw not one but two Vespa two stroke sidecar combinations. 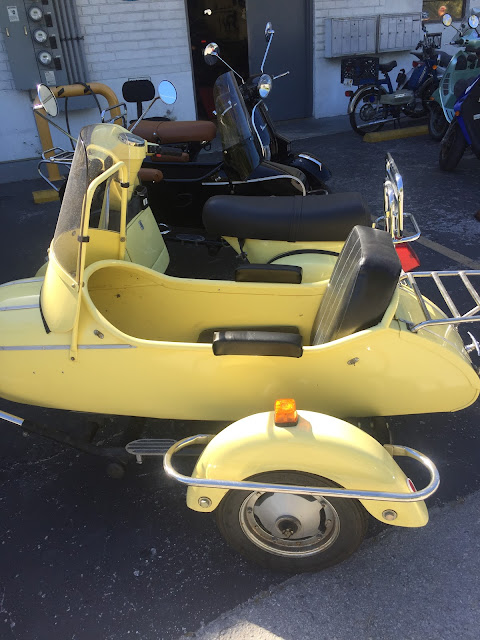 I've seen both sidecars around town before so I paused to take a look and wax nostalgic for a minute. I really wanted by old Vespa to work but in this case all I felt was relief that I didn't have to deal with these problems on wheels anymore. 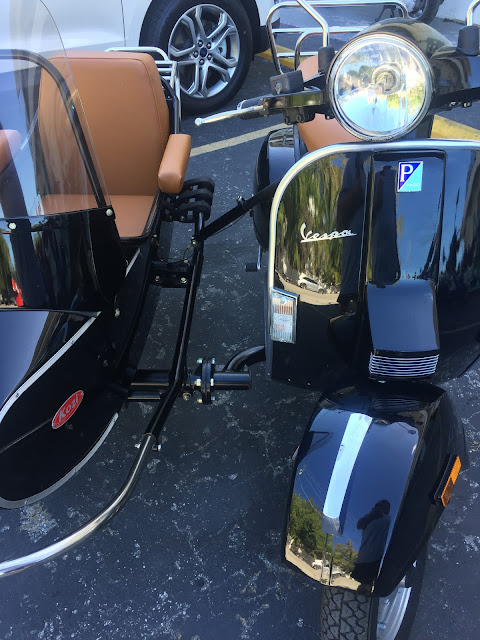 The shop owner wasn't impressed by the fact that IO knew what they were, he isn't a good listener apparently because he started to talk at me like like I wasn't aware of scooters with gears. I remarked they look good but are a bit too slow for me and he said they were both boosted but with sidecars I doubt you can see 50mph on them. Around town no problem I suppose but for travel up the highway not so great. 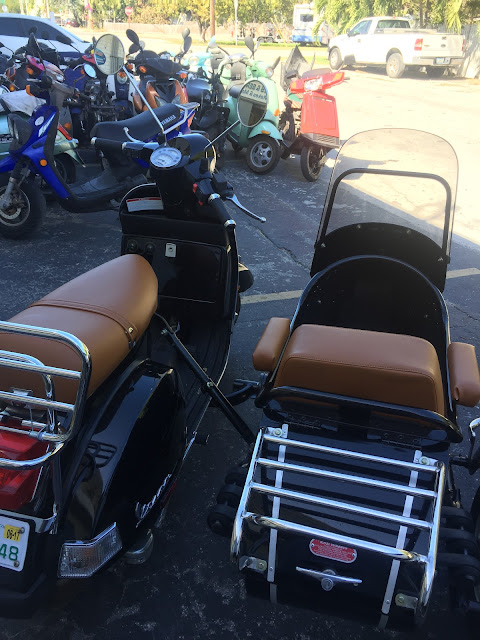 The ywllow scooter is a 200 he said which makes it seem like a waste to attahc it to a sidecar but what do I know. 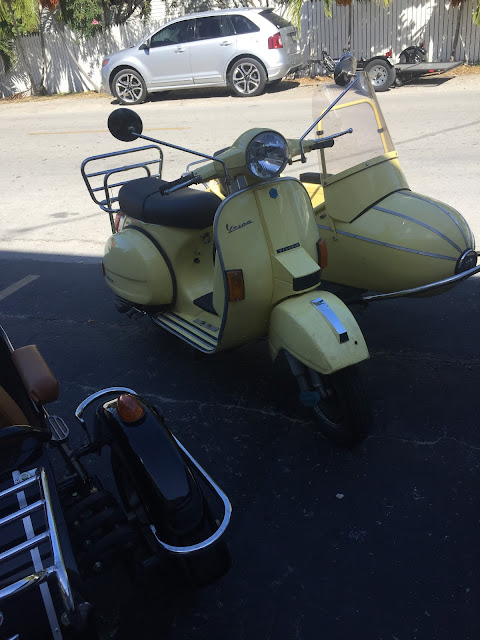 The owner of the 177cc black model showed up with his aggressive dog and promptly started a sales pitch on me. I figured I should buy te combination and attach the Cozy sidecar to my Triumph Bonneville but I'm pretty sure Rusty will never get used to riding that close to the engine or the ground. The terrier was fine and very territorial 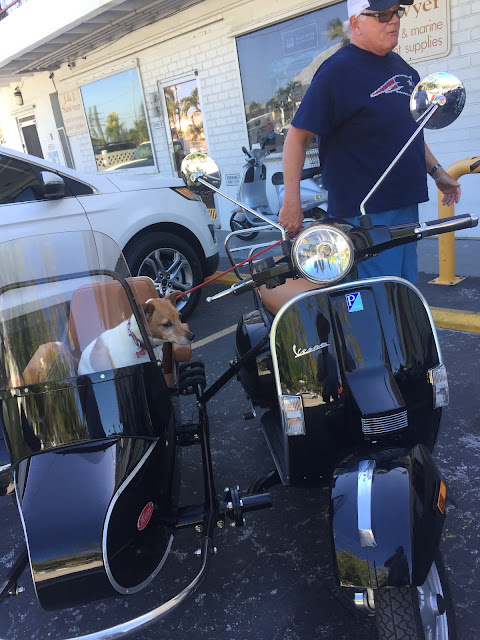 In a town filled with the most casual of scooter riders a geared two stroke Vespa does stand out though I know of one other guy with a  white sidecar combination as well, for his kid not his dog. 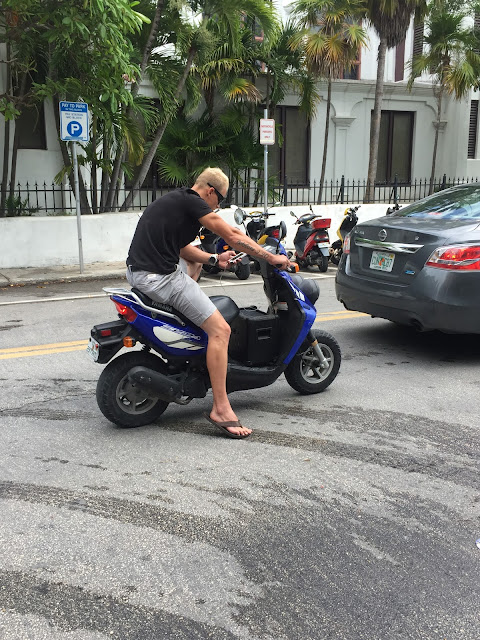 I miss the P200E but not that much. Five years of struggles and failures have soured me on the P series Vespa. 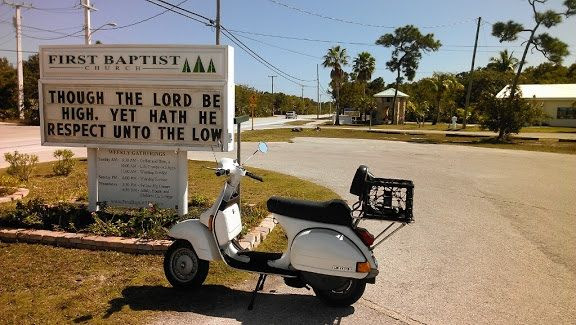 I am glad I have a modern automatic 150cc Vespa to commute with now. It seems not at all inclined to starnd me at a moment's notice. Very reassuring. 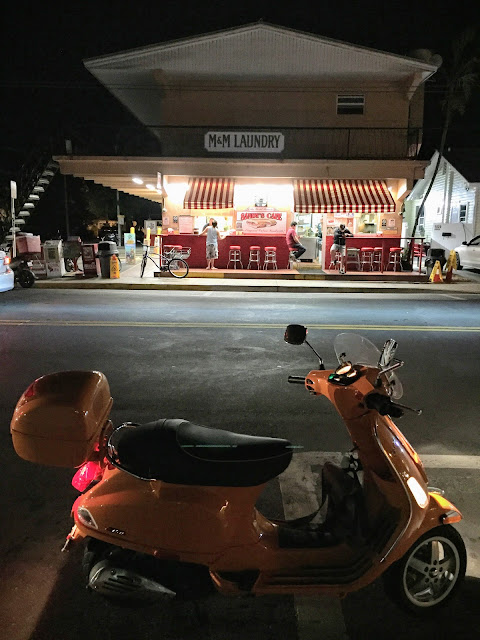