Sugarloaf Drive is really quite lovely. I like the non native palms lining the road. Rusty likes it because it leads to a couple of interesting walks. 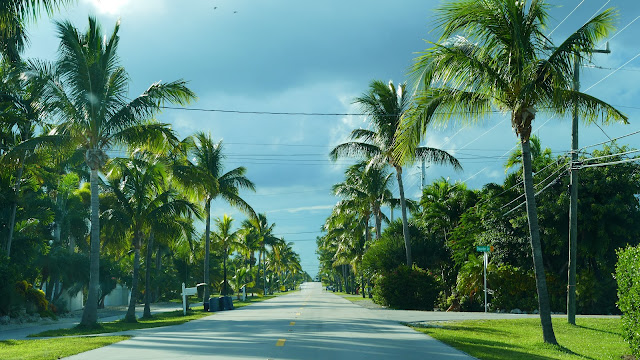 He has not lately been interested in visiting the Jumping Bridge or the Loop but I may try him again after schools open and the place goes quiet again. 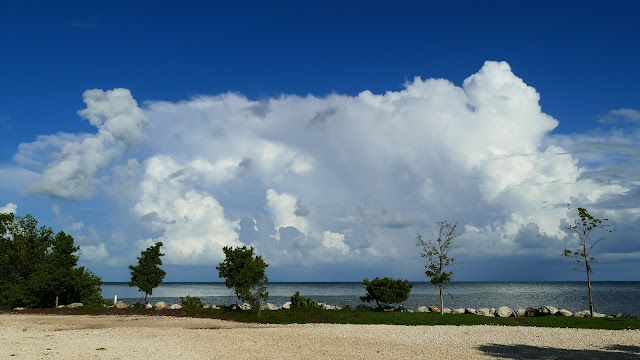 Sammy Creek appeals more to me than my dog who does not much care for ocean views. 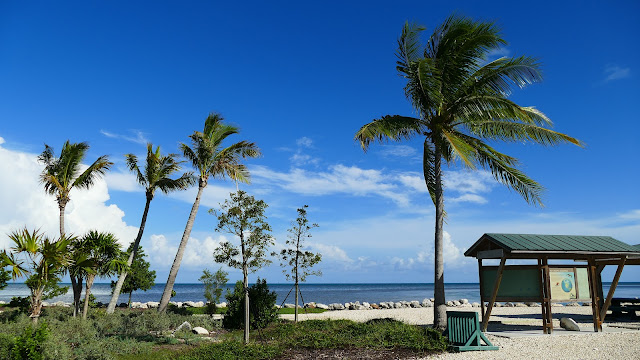 He likes sniffing the edges of the roadway and sticking his head in bushes, as odd as that  sounds. I saw a few crabs scuttling around. 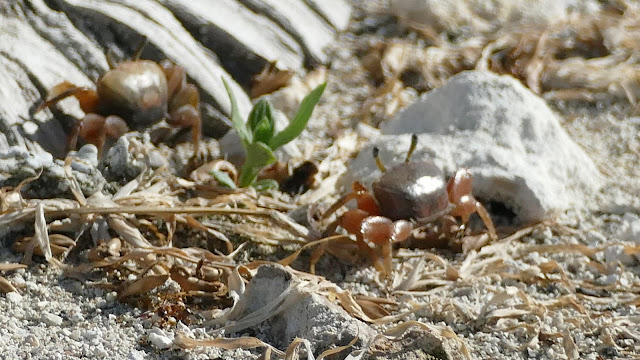 Indeed when I followed Rusty up the road I heard massive rustling sounds all around me which would have been creepy had I not known what the noise was. 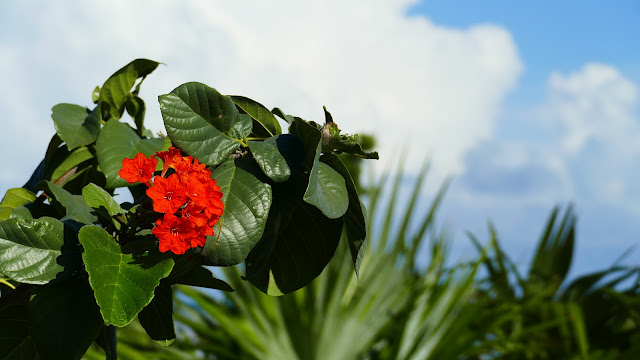 They aren't very big but they are extremely skittish are land crabs. 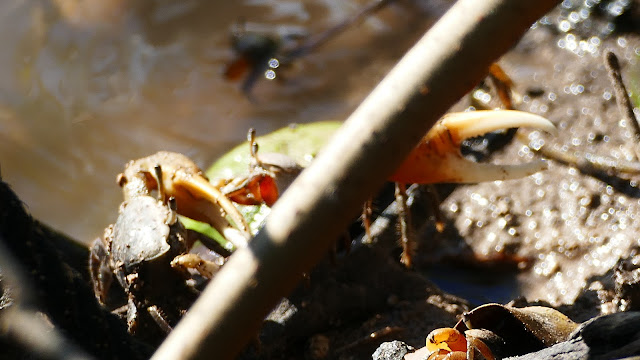 That was a challenge I tried to come to grips with: madly scuttling crabs. 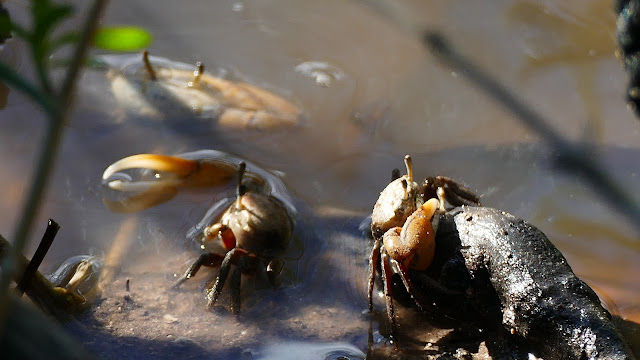 They are burdened with huge claws on one arm and they will wave it at you if you manage to corner them: 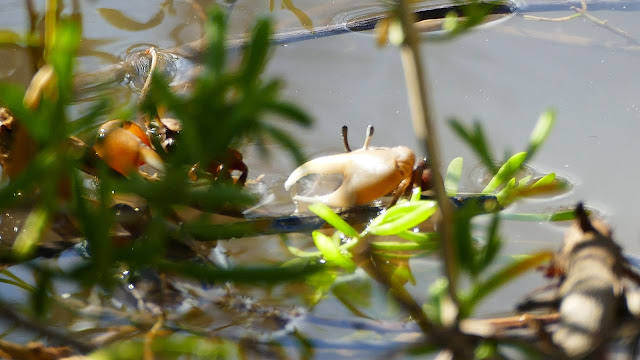 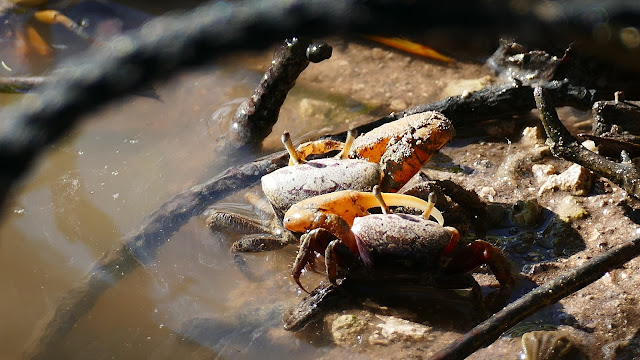 Rusty took up his position when heard a car coming: 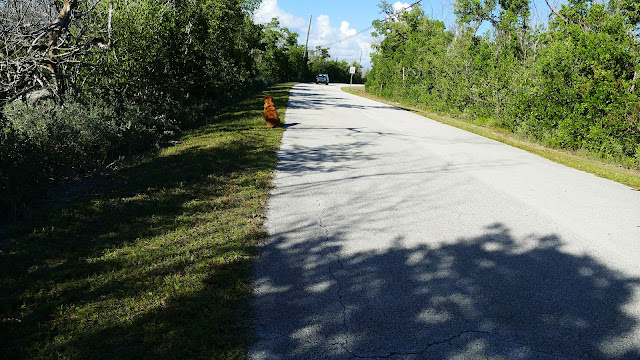 He  then decided to sit for a while and see what was what.  When ready he walked on. 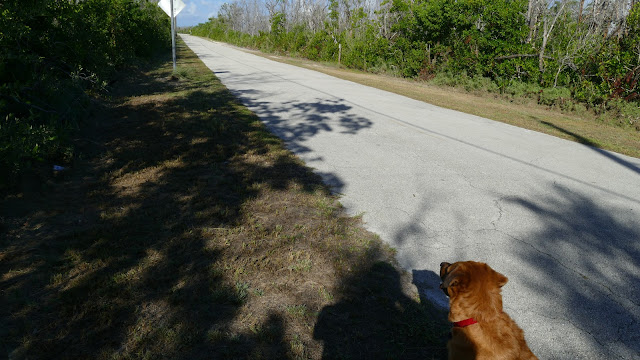 I found a detached claw in the grass: 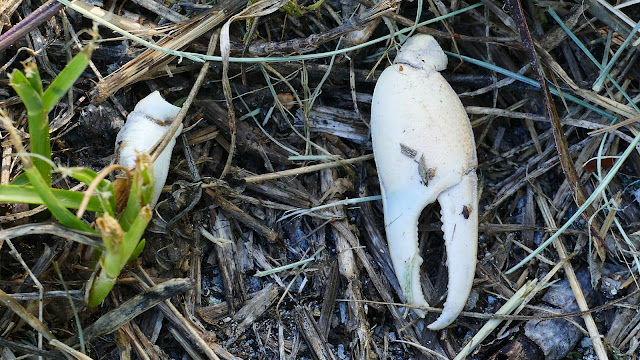 And an attached claw warning me off the crab at the entrance to his hole: 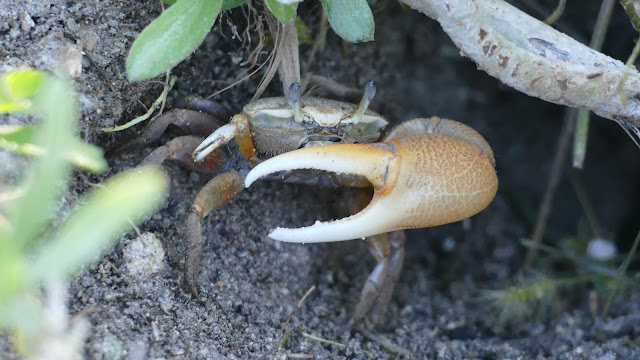 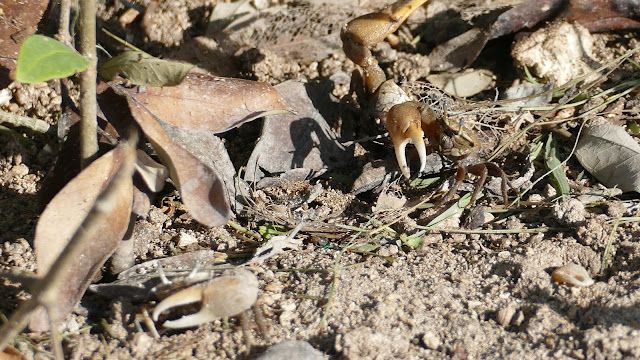 You will see these little brown dots scuttling across the road this time of year. Sometimes the bigger ones defiantly wave their claw in the air before getting squashed. These guys are too small to try acts of defiance. 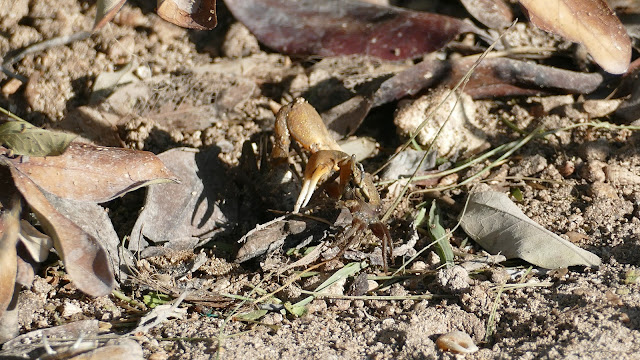 Eventually back in the car and home: 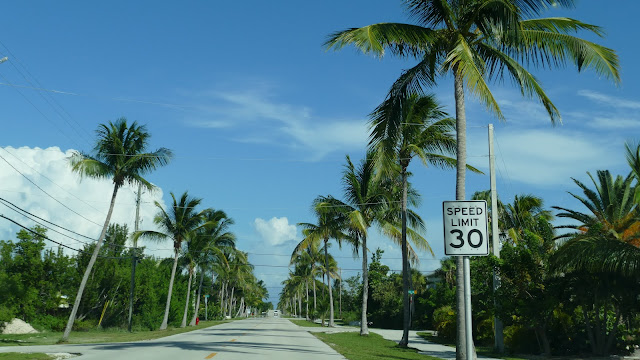 I stopped to take a selfie but Rusty saw the camera and looked out the window to avoid he machine. 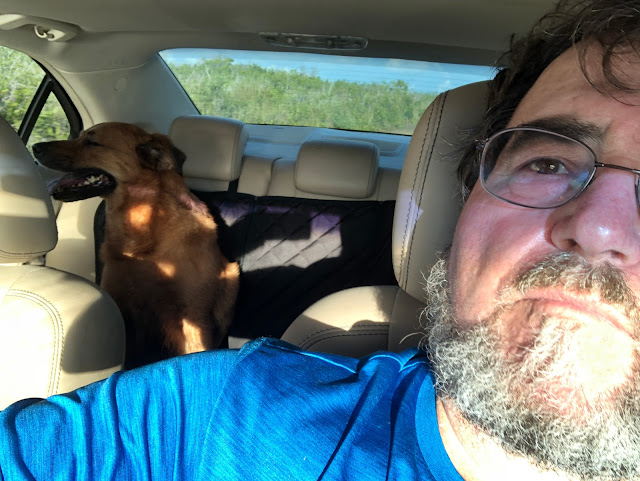