In all it's moods Boca Chica Beach remains a favorite of mine, this despite the numbers of people and mosquitoes it attracts as well as the noise the  US Navy planes make as they circle endlessly overhead breaking the sound barrier as they go. Drones are not nearly as romantic as fighter pilots but I think that a century on from World War One the era of the fighter pilot is drawing to a close. It's just they haven't figured it out yet. 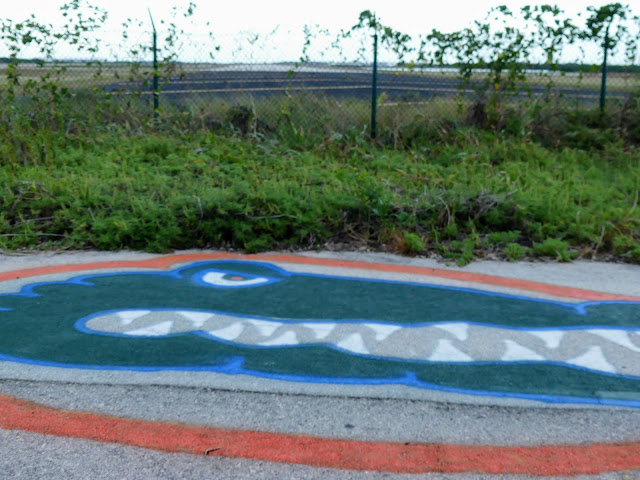 Out to sea there is a stream of sailboats and fishing boats, center consoles and flats boats all running up and down Hawk Channel guided through the reefs by scattered markers: 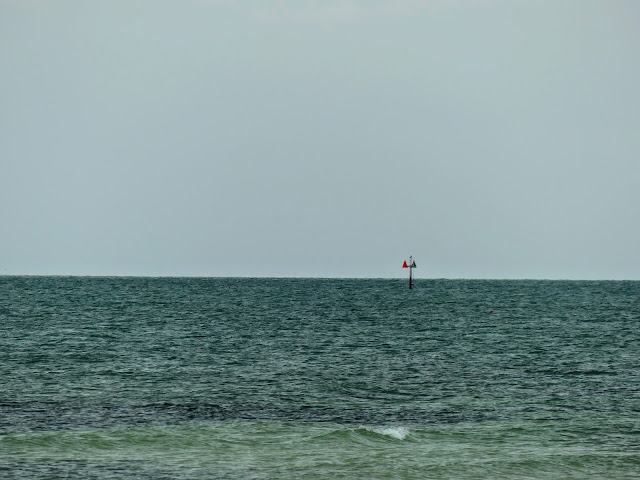 President Obama's decision to end the wet-foot dry-foot policy that gave Cubans residence upon reaching these shores is over so chugs like this one should slowly disappear from our beaches as they rot and are not replaced. Some have suggested President Trump will reinstate the policy but that seems unlikely considering his position on immigration. 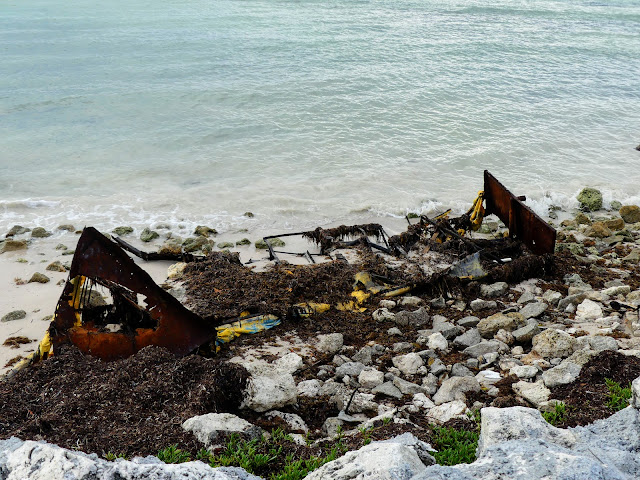 Fortunately Rusty likes walking this beach as much as I do so he is always ready to satisfy his curiosity here. 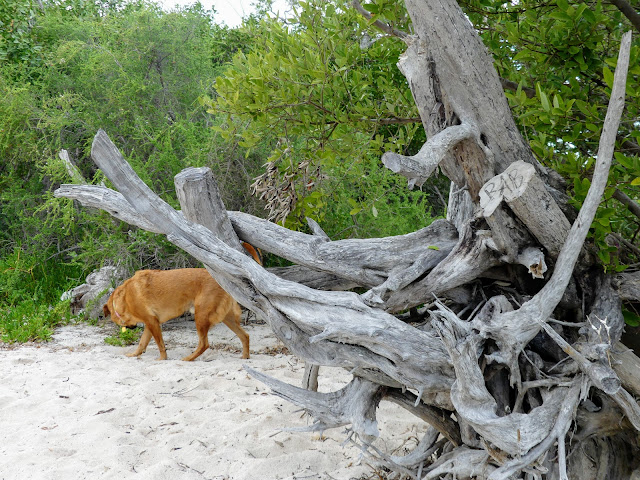 Almost twenty years ago I walked Emma here in her old age. She was one of two dogs that sailed here from California with my wife and I at the end of the last century. Not too much has changed. 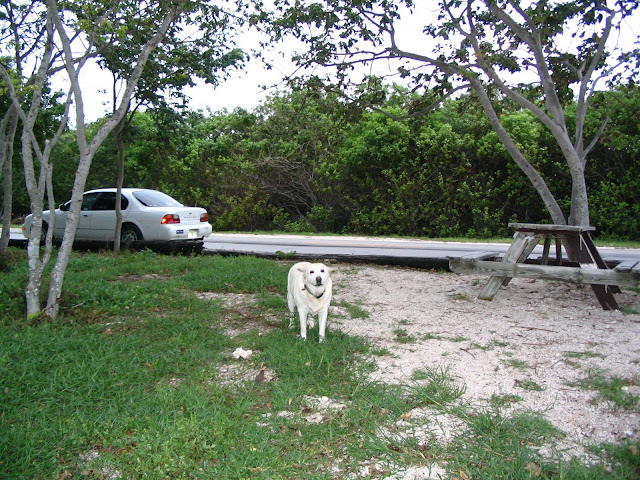 Cheyenne when she was younger liked it too though I didn't come back for several years as she went into her final decline. It was just too hot and too rugged for her in old age. 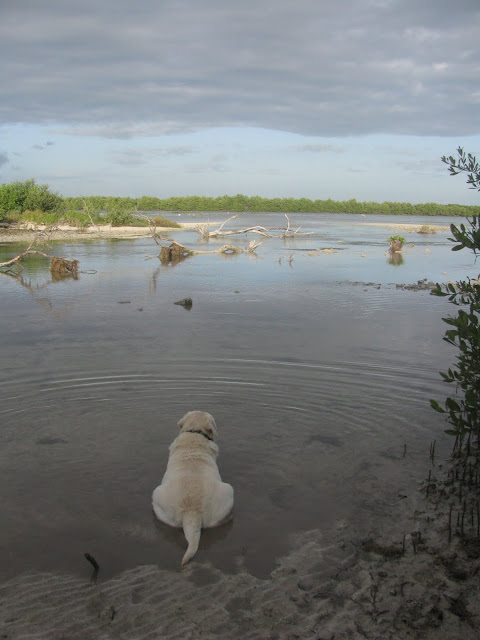 There weren't many people about last Saturday but there were quite a few birds: 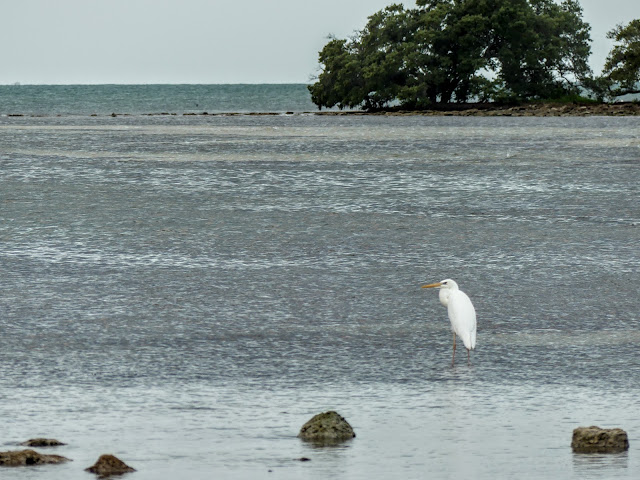 And some young people camping. They didn't bother me at all but their boom box blasting US ONe Radio (104.1FM, oldies) wrecked the quiet of the wilderness. I found them setting up a tent on the beach just above the dead seaweed line. It seemed rather rugged and uncomfortable to me, old man that I am. 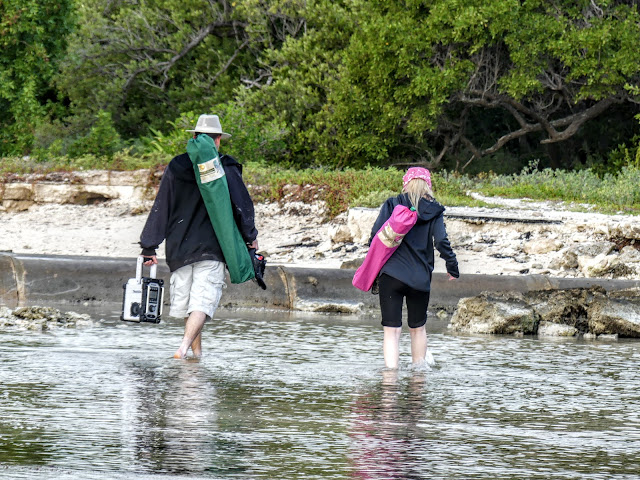 Rusty dashed back and forth for the entire two hours we were out wandering the woods. I played with my camera. 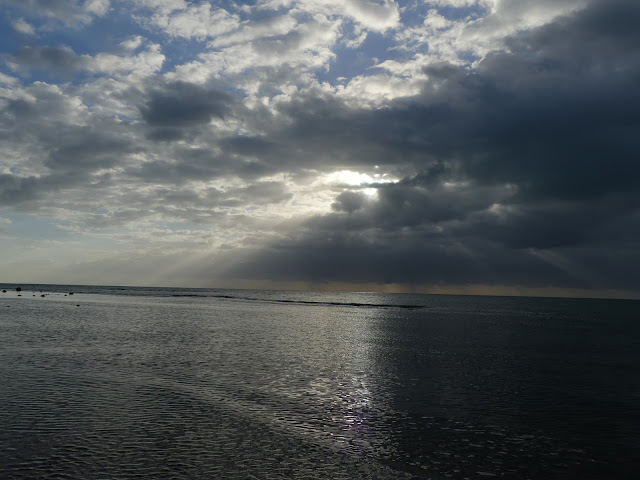 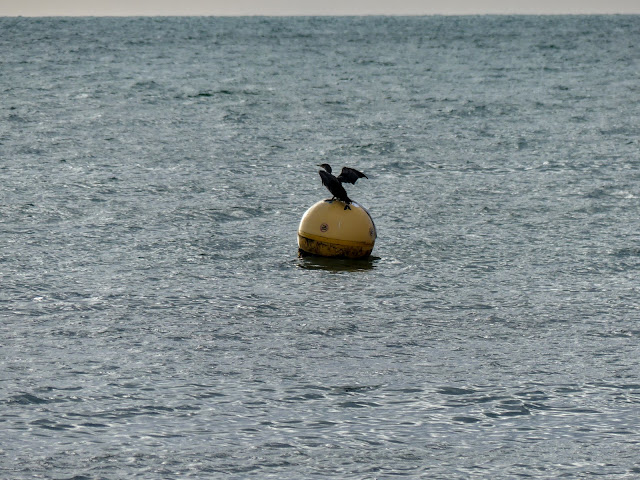 A plan to return to camp? Carefully padlocked to the tree, though I think I could have slid it out... 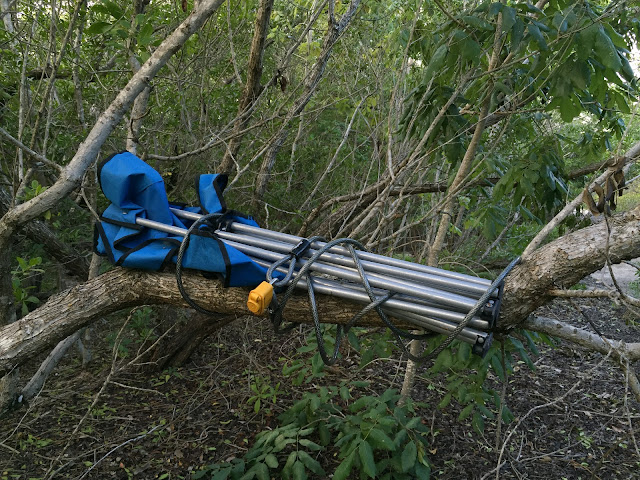 And the trash, always the trash. 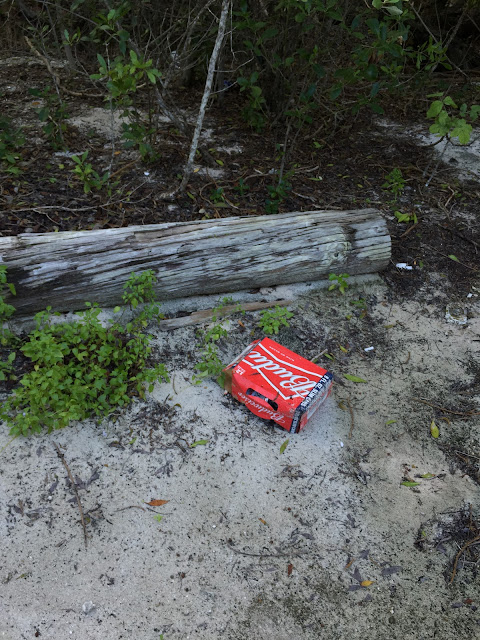 This bulkhead built to flush the salt ponds at the Naval Air Station cuts off access to the last mile or so of the remains of State Road 4A. 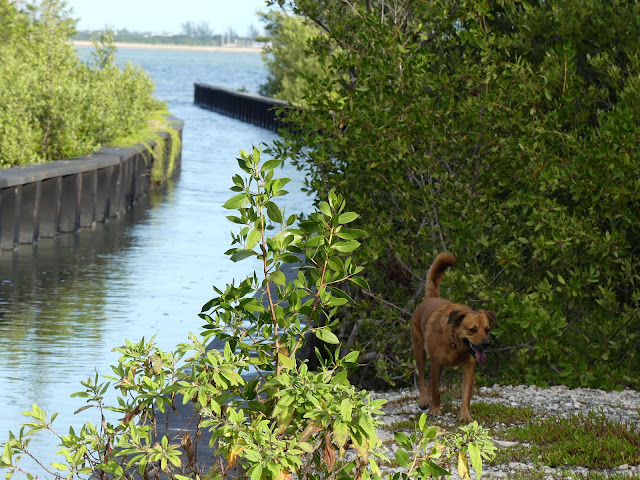 I have walked down there previously and it's more of the same, some pavement, a useful kayak launch spot, some power poles without wires and a bridge collapsed and impassable now I'm sure covered in growth. 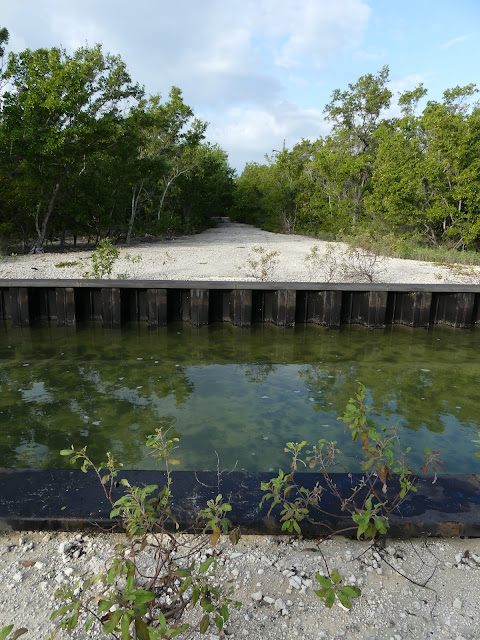 The message at the southern entrance to the cut: 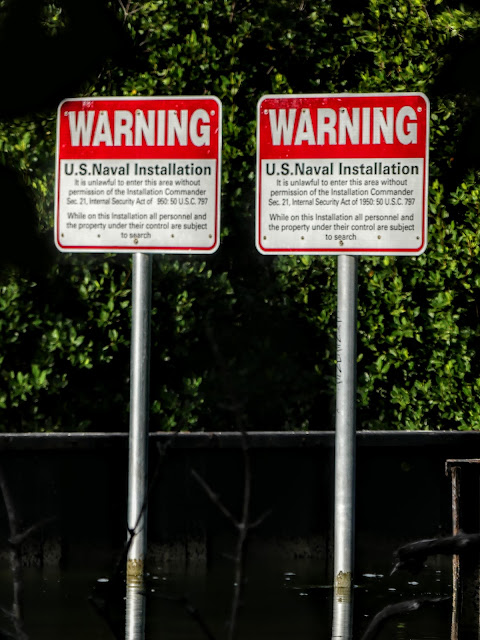 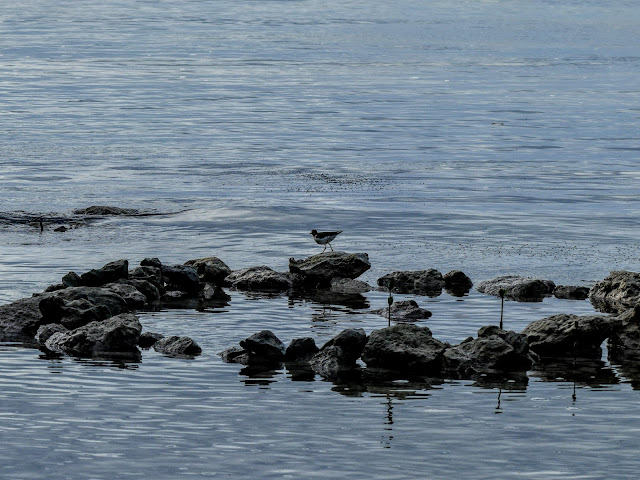 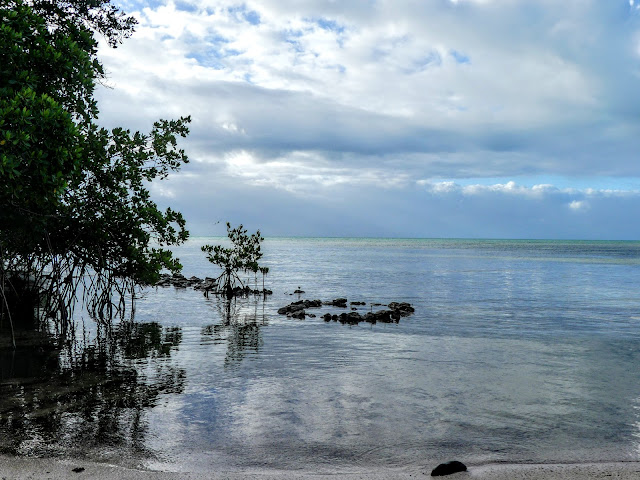 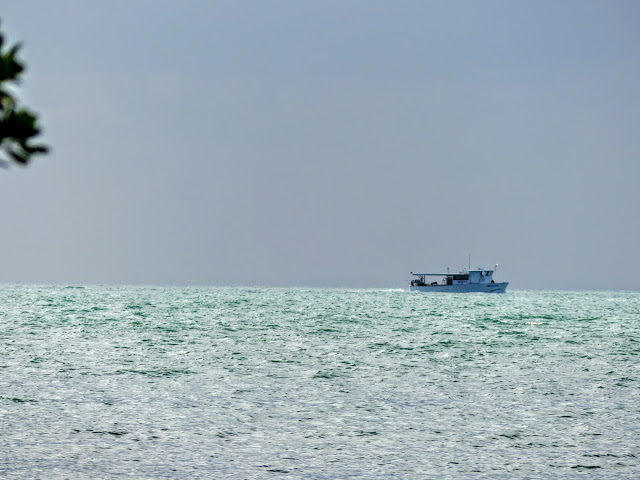 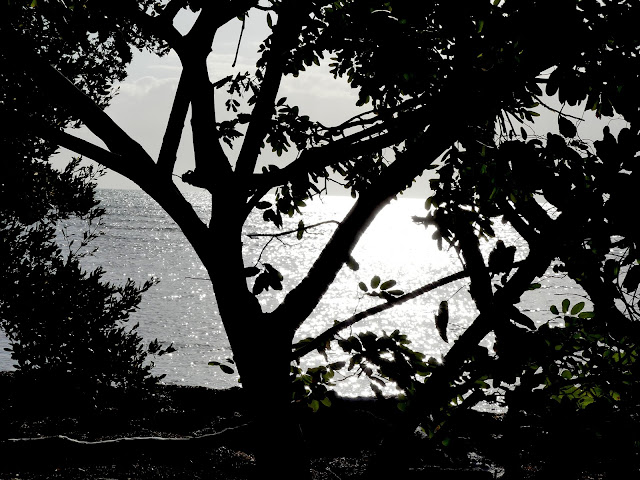 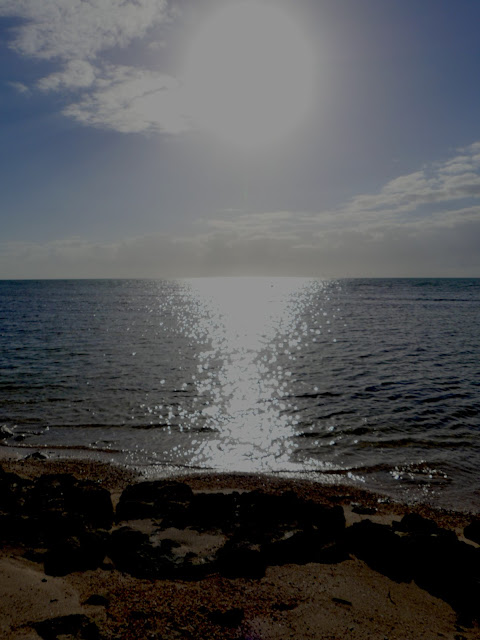 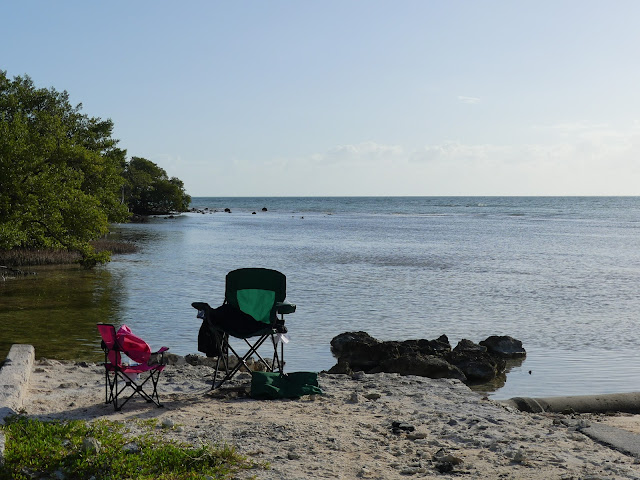 The tide was coming in and the cut was getting deeper so I hurried Rusty back through and kept the hem of my shorts dry. 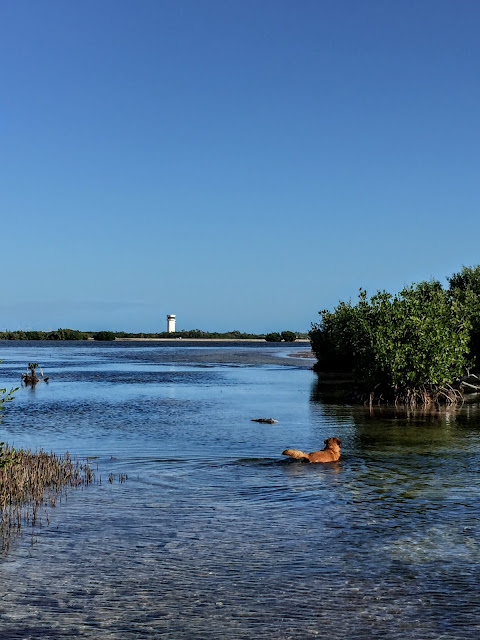 My perfect companion. A worthy successor to Emma and Cheyenne. 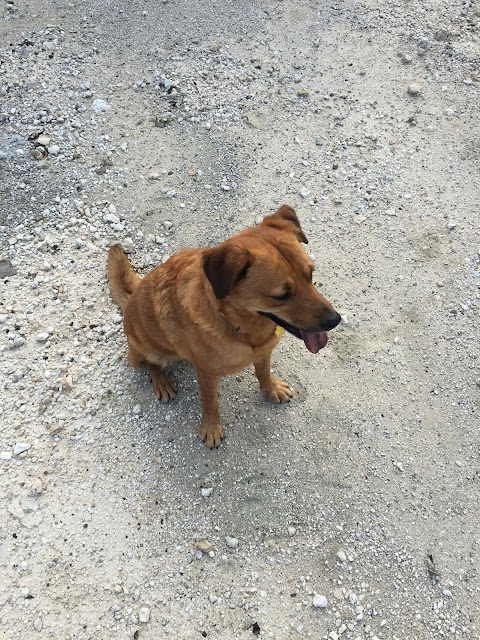