I was surprised to see the Solares Hill Market, Charlie's Grocery store now sporting a fresh coat of bilious green paint. Gone are the stenciled advertising and  off white paint job. Now the place is fresh and mint green. 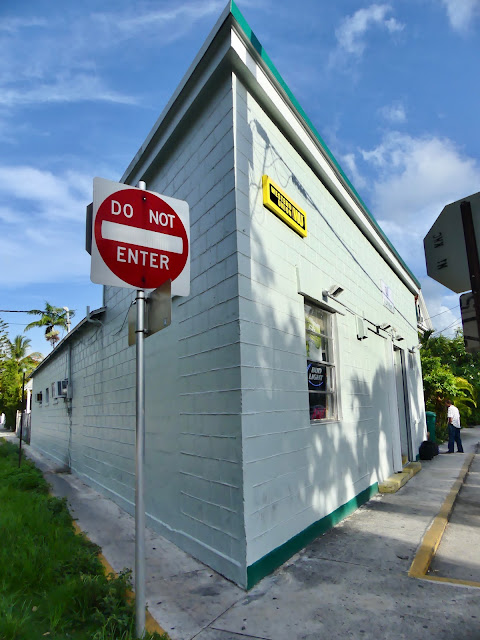 And it has a new name. I did not go inside as I expect the stuffed shelves and narrow aisles have probably not changed much. The old place, taken just after Hurricane Irma came visiting in 2017: 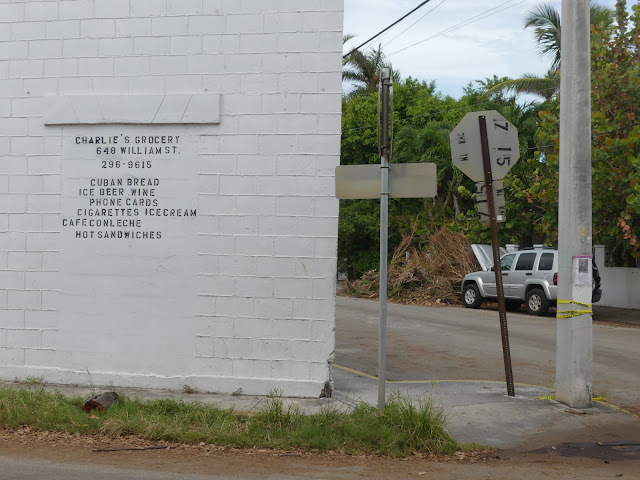 Besides I was in need of nothing. Convenience stores are everywhere in Key West, one on eachblock. 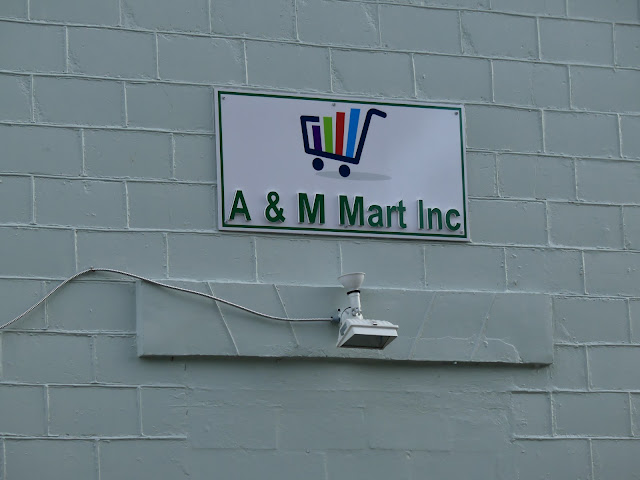 Except where they aren't. The Caroline Street Market has given up the unequal struggle: 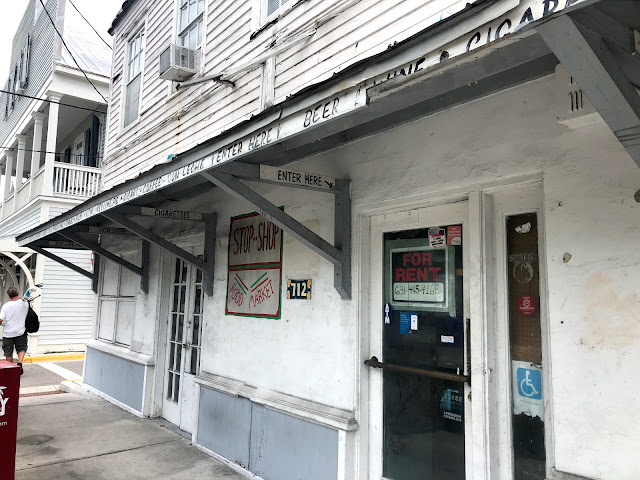 I saw a U-Haul outside a house under renovation or similar. I wondered if they were coming or going..? 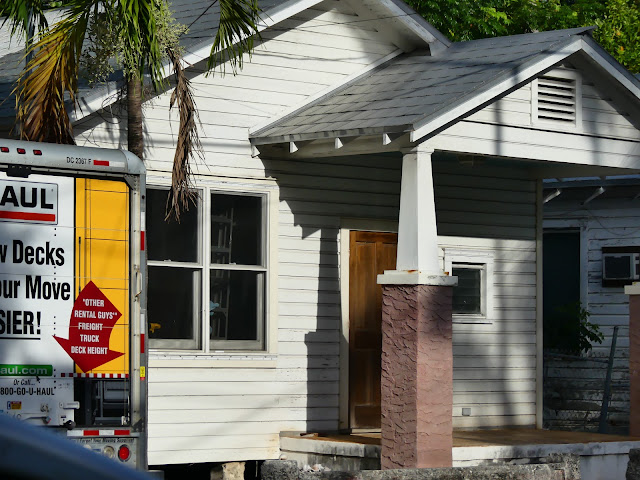 Further up the street I found further evidence summer is the time of year repairs and restorations are scheduled. It makes sense ina  town where the residents are mostly away this time of year. 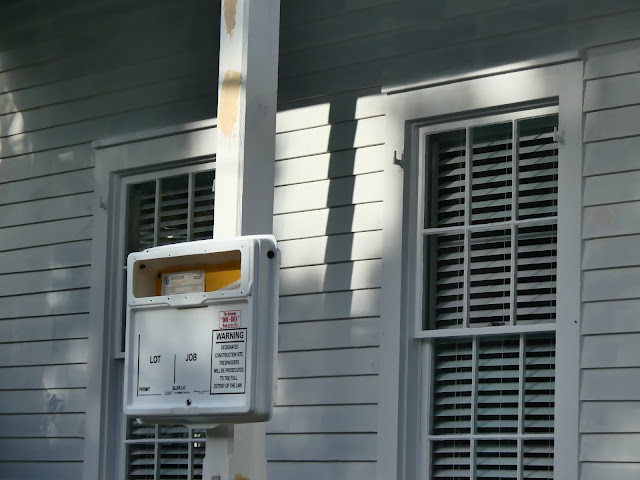 I forgot to mention I was not alone. I tried to shame Rusty by pointing out this is a ridiculous stereotype of a dog and  a hydrant. He ignored me. 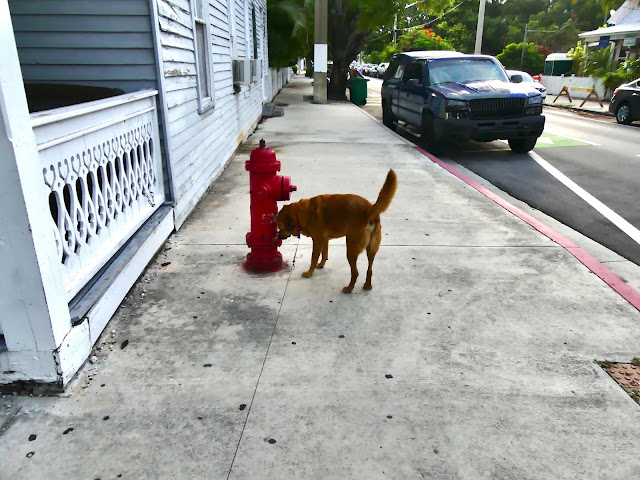 So he moved on and mocked me for my interest in parked scooters, in red white and blue. I like living in a  place where scooters are regular daily transport. 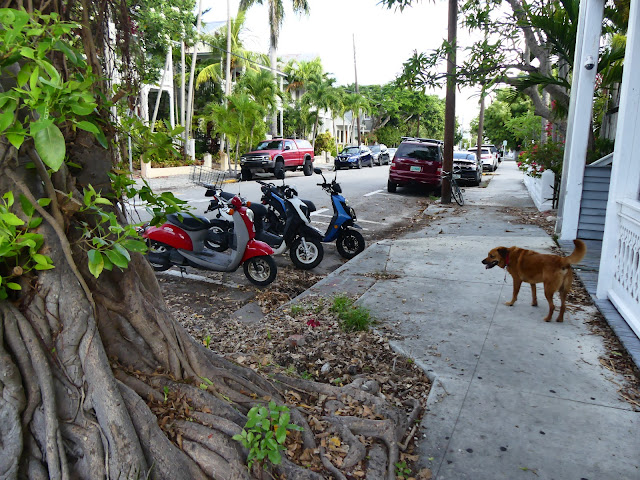 I also live in a place where churches and bars abound, and some of them are traditionally beautiful: 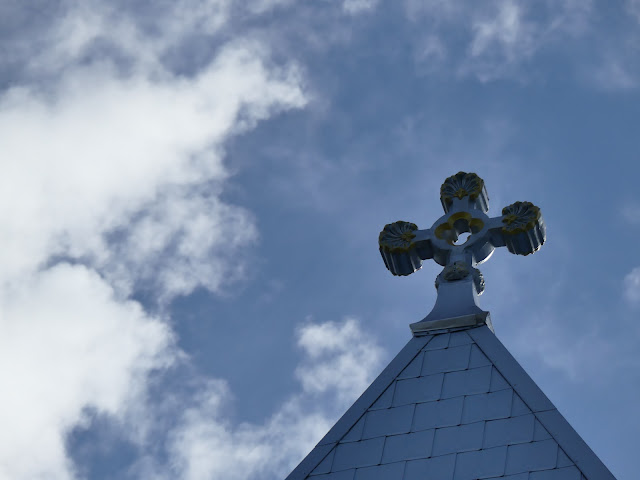 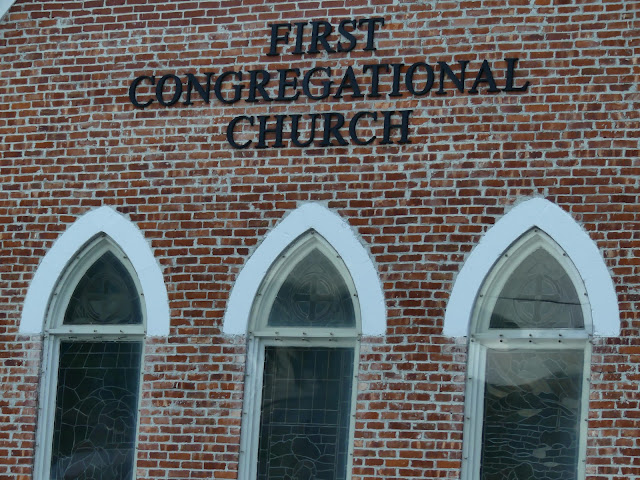 I, the former cripple was struck by the clever and easy to use hand rail added to the impossibly big original support. Key West tries to be disability compliant but it's not easy. I remember struggling pretty  badly downtown in my wheelchair. The sidewalks were stuck at an angle, entrances to stores are narrow or equipped with steps or some other thing. None of it was easy to navigate. 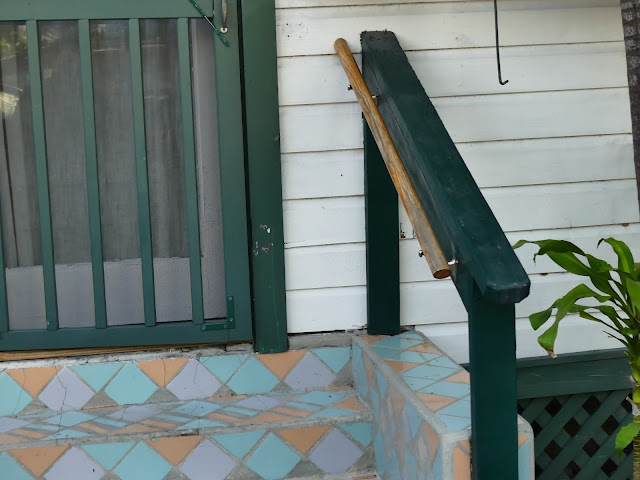 I am always surprised by the amount of effort people put into having houses worked on. They lift and raise foundations, or like this one you can see they have simple nailed planks supporting the house while other work gets done. I've seen houses lifted off their foundations and moved whole. 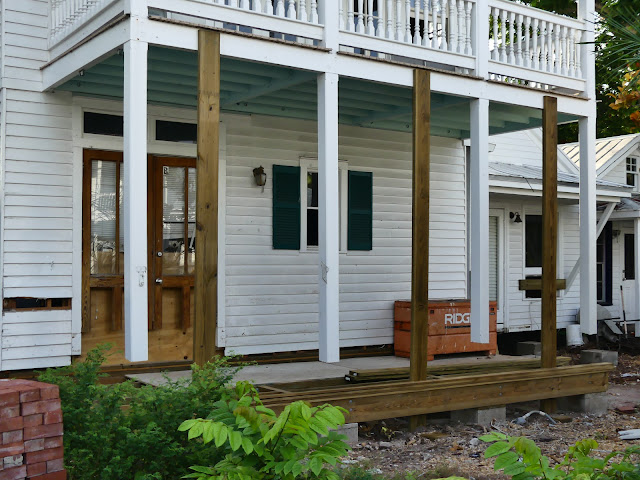 I still notice the old architecture, like the old tin shutters, not that I necessarily want them back but I do like their style: 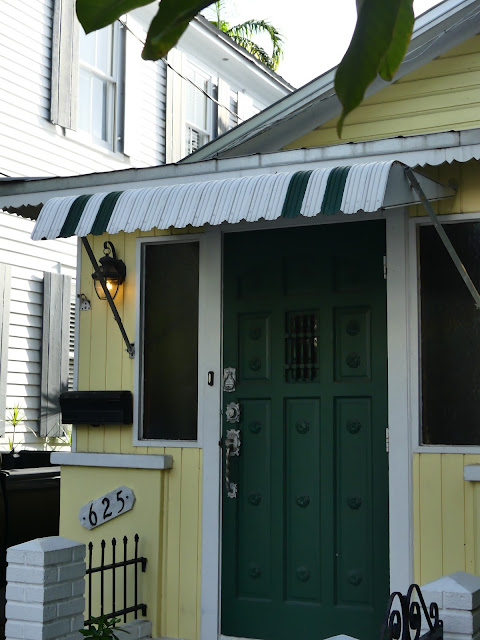 Key West is ina state of constant flux. Lucky for me and my camera.
Posted by Conchscooter at 12:00 AM 2 comments: