It started with me enjoying the texture of the trunk, and then I noticed the rocking chair in the background. Hmm I thought. I do that sometimes as Rusty drags me along trailing his nose. I think hmmm... 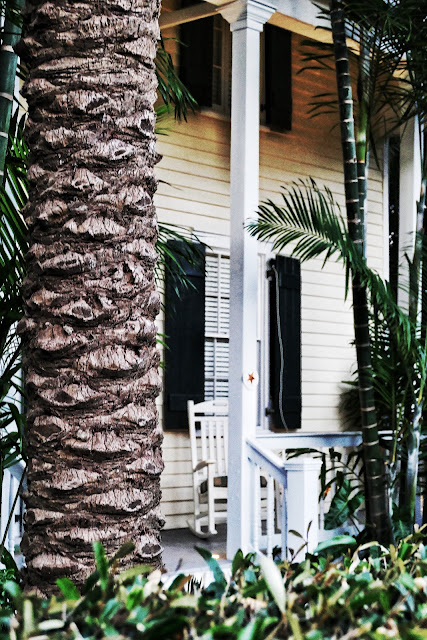 What if I see a few more chairs around town. Remember this was before the coronavirus lock down and I wasn't sure if I could find empty seats. Actually I'm joking, as I rarely see people sitting on their porches in this age of cheap air conditioning. 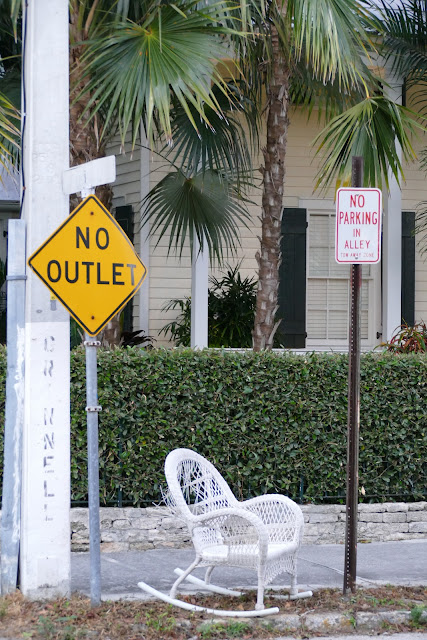 I have saved up a bunch of pictures to keep this page going and digging back through my files I remembered my planned chair essay. Including a hammock.  Key West was founded in 1828 and in those early years many people slept outdoors on their porches and balconies where there was a chance of a breeze and of course an encounter with a yellow fever bearing mosquito. 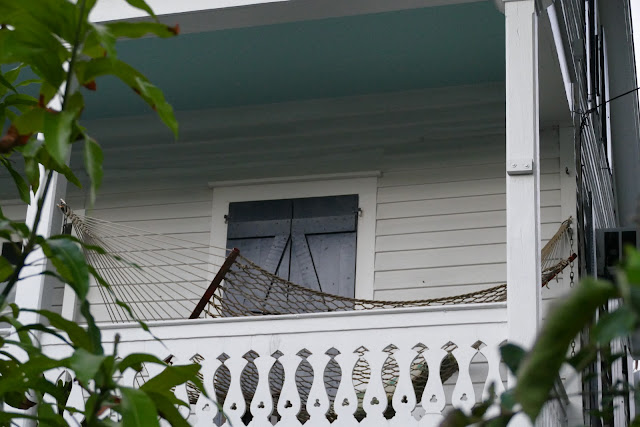 In the next picture you'll see the pale blue ceiling which by tradition discourages insects and ghosts if you feel so inclined. The tin bird I'm not sure about. 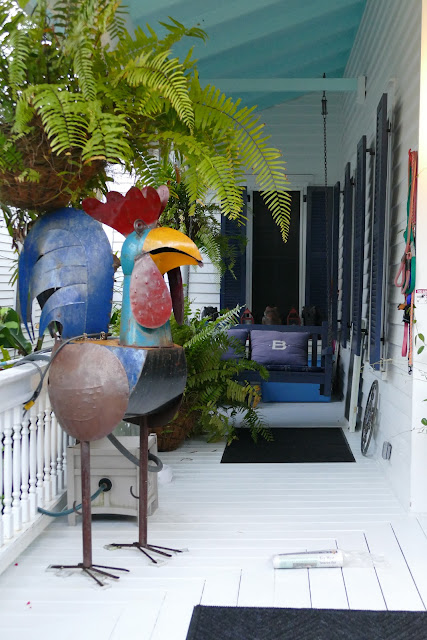 Traditional deck seating. I actually like proper chairs as rockers inflict a fatal need to rock back and forth and with my obsessive nature the rocking tends to get away from me. I was delighted as we sniffed our way down Angela Street and I spotted a bench in the cemetery.  I have an affinity for the Key West cemetery as it's above ground and the traditions of sharing the grave with the family is familiar to me from my Italian childhood. Sitting out with your dead relatives may look odd to some people but I find it very endearing. 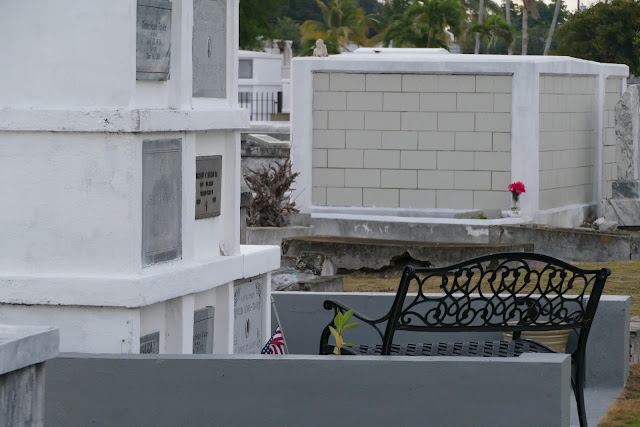 One thing I don't do is sit in coffee shops with my MacBook Air and type.  I'd rather sit in the cemetery than sit elbow to elbow in a. coffee shop, but I accept I am in a minority. I posted this picture to show people in Key West weren't quarantining themselves. My wife and I were but I had a hotline to the Italian mess and I was worried about what was to come. All this has long since ended: Walking Duval that early I peered into the sales booths and saw just how rough some people have it at work! 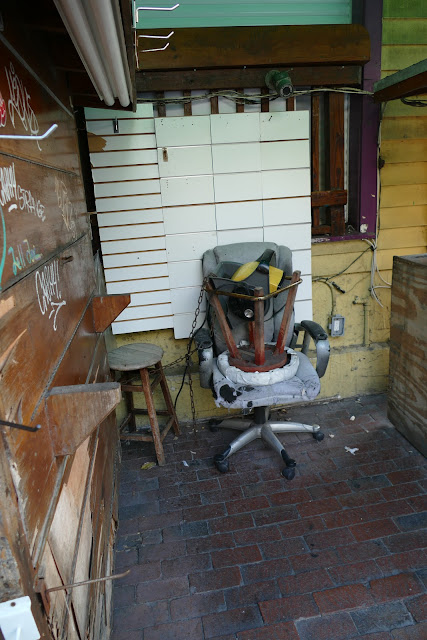 In the 911 center we get to sit for pretty much the whole twelve hours on shift and we get to sit on expensive 24 hour chairs and I am very grateful! 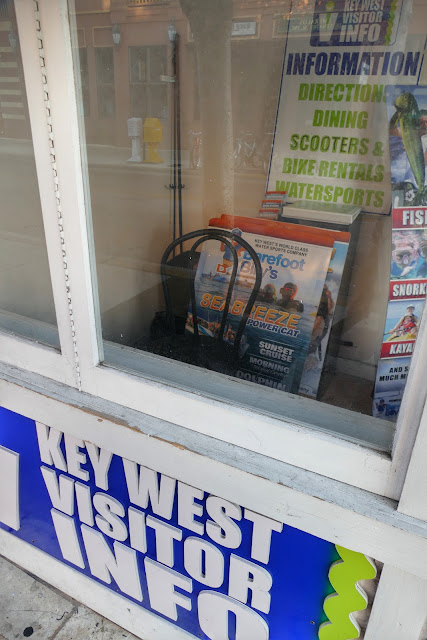 Looking back at these photos comparing Key West then, less than two weeks ago, to the city's tourism face now it's suddenly very apparent how much we have lost.  Everybody could hear an argument that tourism is over sold but I don't think living with no visitors at all is going to be tenable for long. 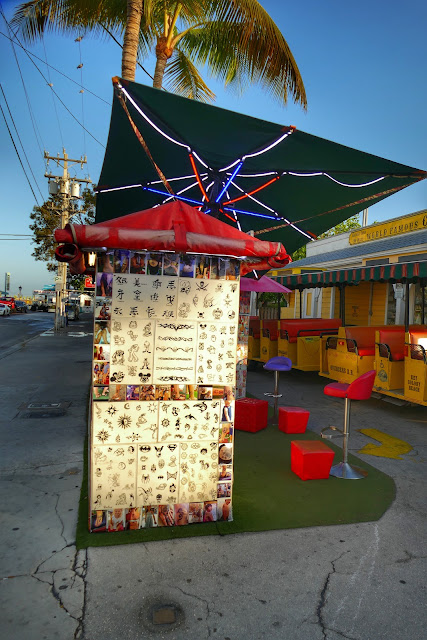 The low wall isn't technically a seat at Mallory Square but that's what it's used for! Not now though, the parking lot is open for cars if any, but the square itself and the money making celebrations are all closed for the time being. It's awful seeing a barrier across the square. 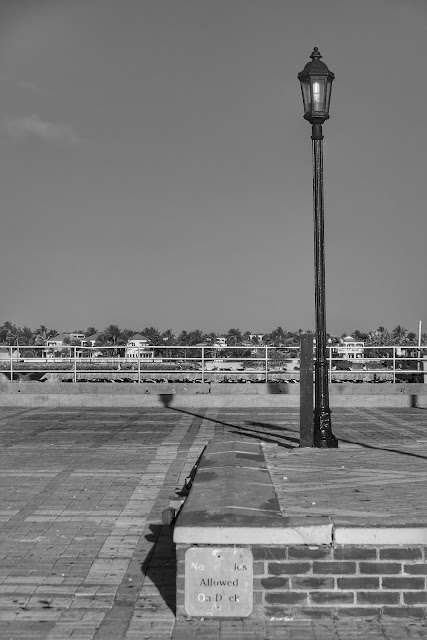 And of course you can still find the occasional abandoned chair which always warms my heart in Key West. I am finding the city is achieving a level of cleanliness and order that I had always hoped for and to my surprise with that Disneyfication comes a loss of quirkiness. I feel idiotic really as I can't seem to find the non conformity and be satisfied with newly tarted up Old Town. It's one or the other obviously, and not both. This town is becoming a millionaires' playground and they don't pay to live in quirky disorder. And yet we can slip a little through the net: 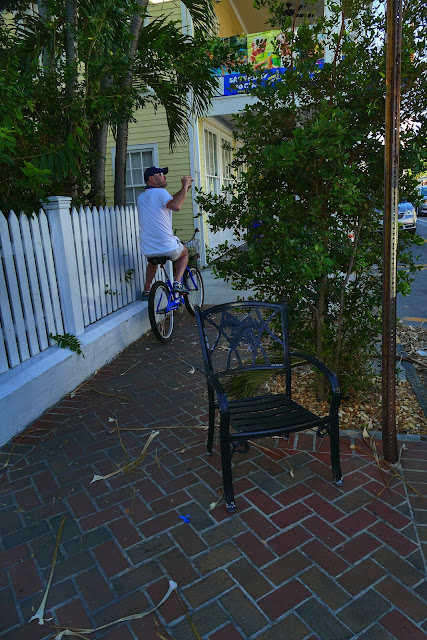 And at the end of all that walking around I should have taken over the green recliner. 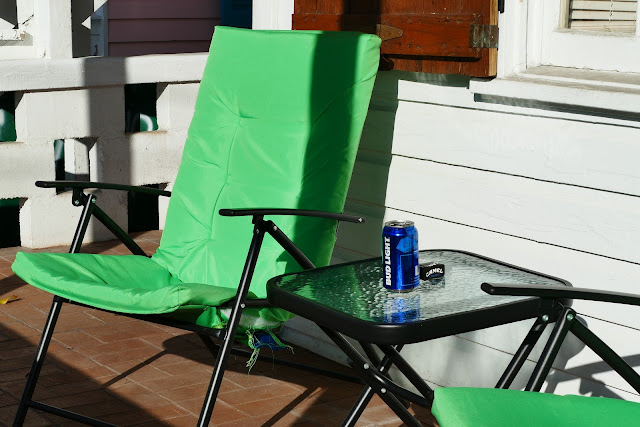