Rusty In The Rain

I left home without my dedicated camera and after a short shift at work I took Rusty for a walk, he armed with his nose, me with my iPhone. And I ended up liking the pictures I took in the half light as the sun supposedly came up masked by heavy cloud cover. 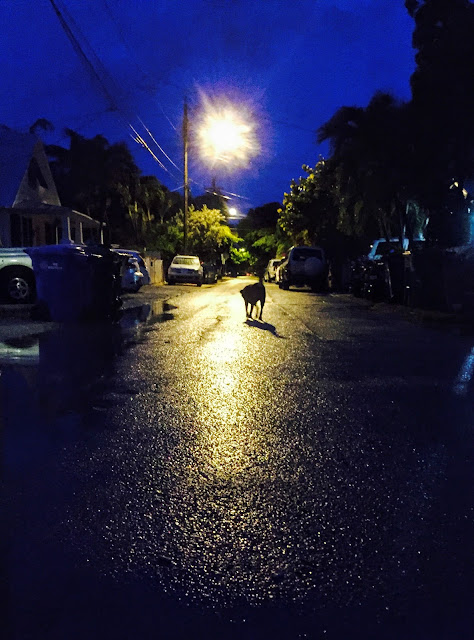 The streets were empty on a weekday morning around six. The rain kept everyone indoors which was funny as the light drizzle faded rapidly away leaving us barely wet and the streets gleaming with water. 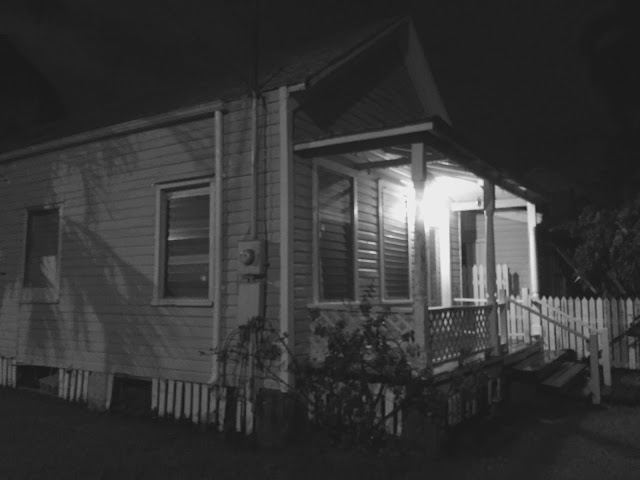 Key West is at its best in some ways between 4 and 7 in the morning when alcohol can't be served, bars are closed and drunks are abed. 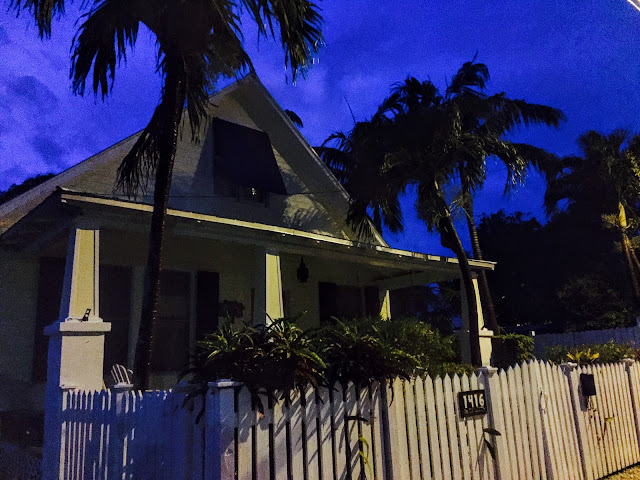 Life stops and considering how heavy the rain has been lately it was an excellent way to shut the chickens up for a few hours. Usually they are making enormous noise as it gets to be daylight. I am not fond of roosters crowing though there are fans of the obnoxious birds. 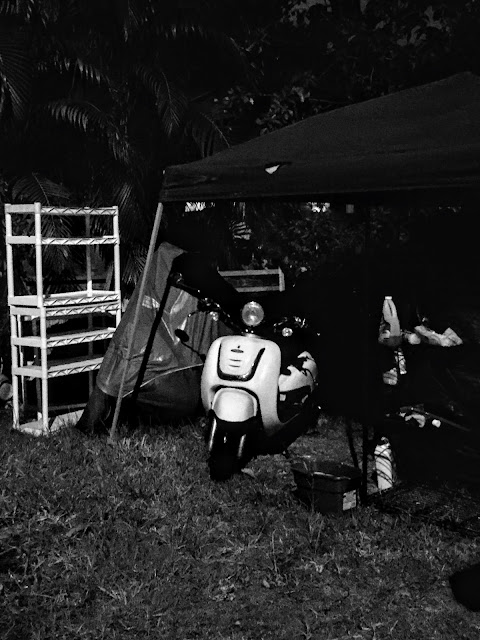 The streets of Key West look suitably mysterious in the dark, street lights are scattered about but heavy tree growth can cast wide shadows. I find the empty streets serene though I know some people are very much afraid of walking alone but you would have to be unlucky to get beaten up in Key West if you are out walking your dog while sober and alert and sensible. It has happened but this is a town where most violence occurs between people who know each other or think they know each other and have usually been drinking. 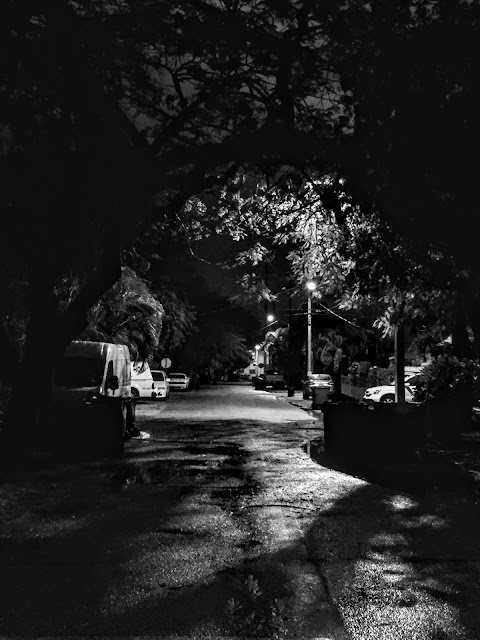 I enjoy the views instead, the particular architecture and the flowers and the light and darkness. 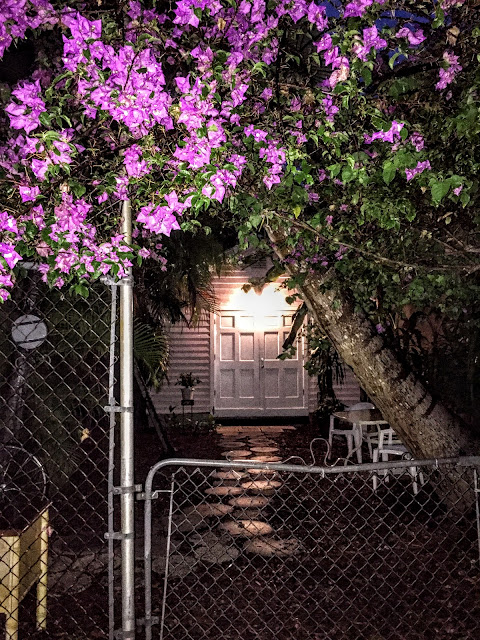 I took these pictures walking the area between Bayview Park and White Street, wandering Eliza, Duncan and Catherine Streets at random following my dog who was following his nose. 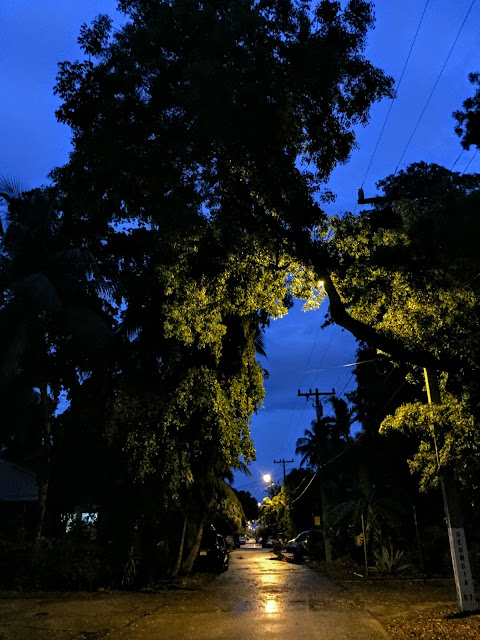 Rusty was ready for a street walk in the city and he was very busy. For me the colors and shapes and lights kept me busy. the absence of traffic of any kind meant we circled each other untangled  by a leash. That could only last so long until people started to wake up and peel out for work. 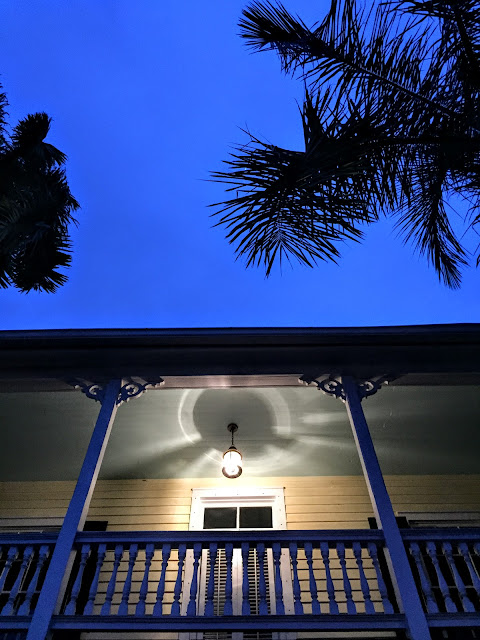 We made the most of it. The new city hall was looking good: 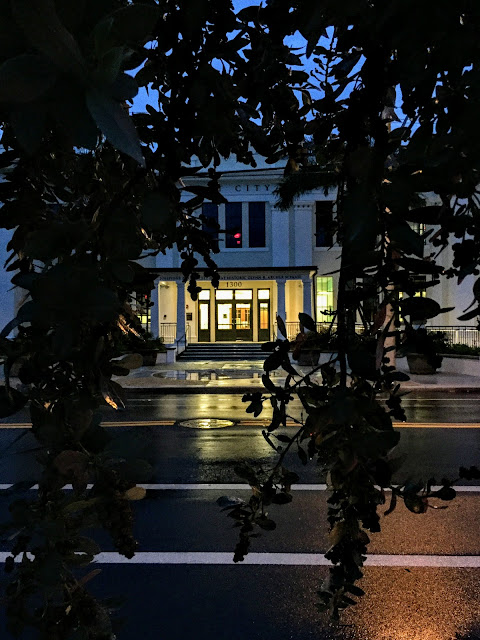 Hurricane season has started but peak season usually comes in September. They monitor all that stuff from here at the weather station across from city hall and issue warnings and stuff. Sort of reassuring. 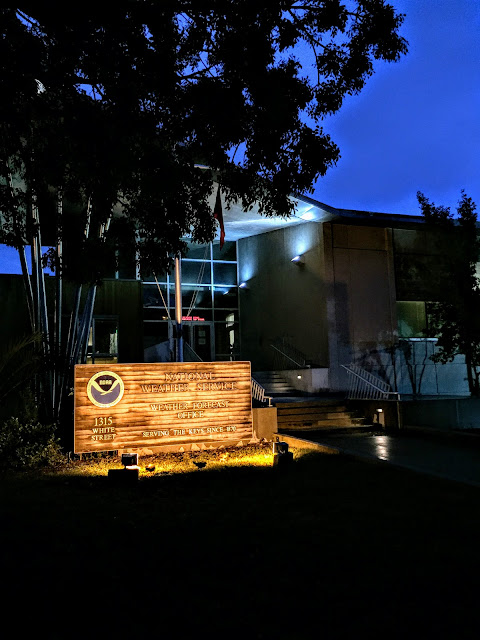 I remember when they built this place a few years ago people complained endlessly about the building including the fact the walls were painted red. It turns out that was undercoat and all the complaints ended up getting buried under rather more tasteful wooden panels. 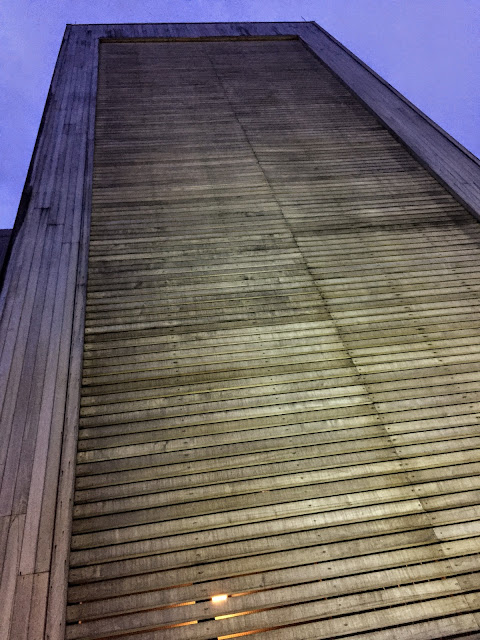 Usually we see boring No Trespassing signs or  private driveway warnings and I like this one by contrast.  Walk up and get your signature verified... 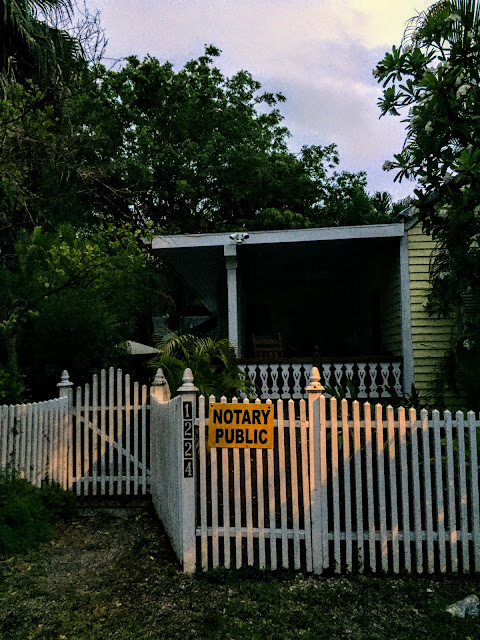 Busy dog heading back toward the car. 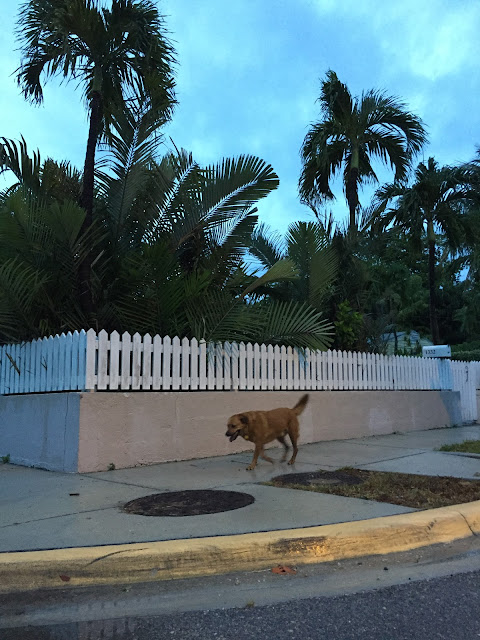 We got back to the car in time, then the clouds let  loose again. What a great feeling, a decent walk through silent streets and home to bed. What a strange bunch of heavy windy rainy weather we've had. 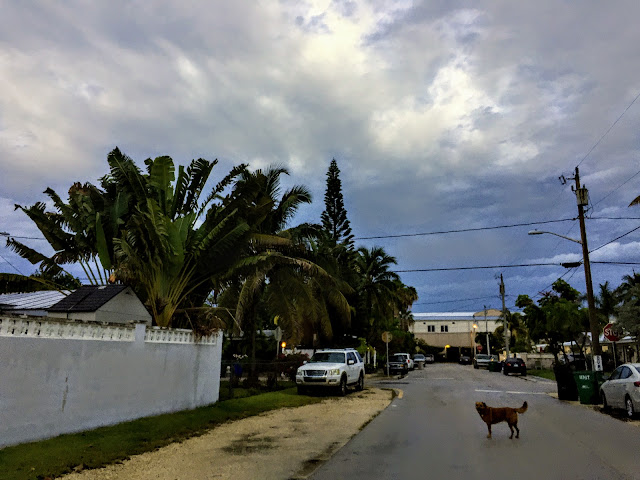