What a difference a couple of weeks make. In winter this place would be teeming with people. This weekend there was no one out photographing the sun failing to rise. Well, technically it was rising all right it's just there was so much cloud there was no sign of any kind of sun up there. I fiddled with camera to get a low light picture of the Old Bahia Honda Bridge. Rusty rooted around in the grass. 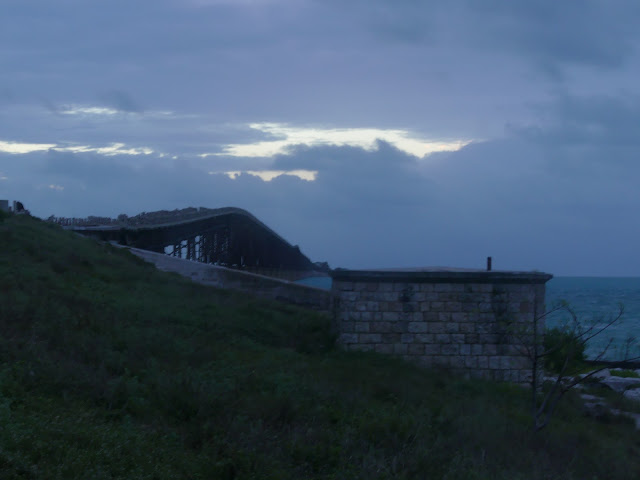 The wind was howling out of   the east pushing the Straits of Florida into the seawall which lines the ancient ramp Flagler's engineers built to get the railroad up to the height of the bridge. Looking down at the water is one of my pleasures at this rare spot, raising high above sea level. I was glad not to be on a boat out in that mess. 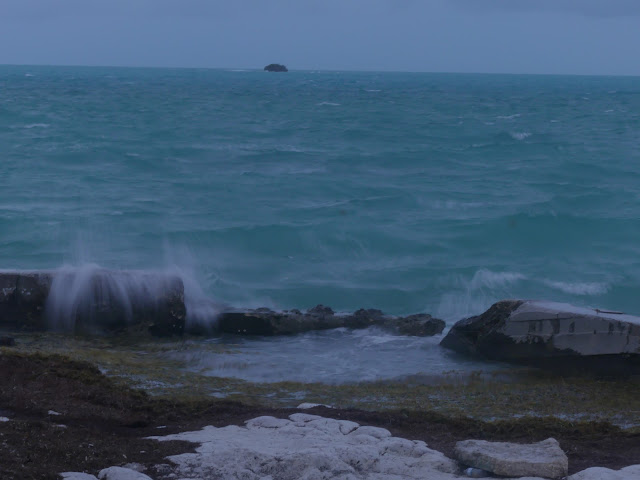 So, apparently were these anglers happy to be on land. They were the only other people in the area except for a camper truck buttoned up tight which apparently spent the night. 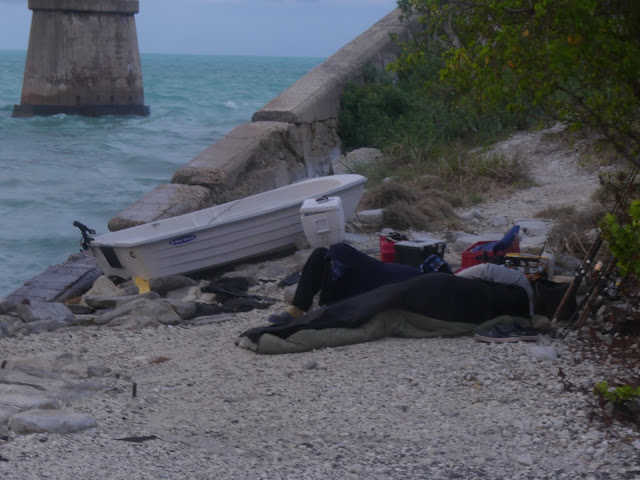 I did actually see some signs of daylight coloring the sky but it all got swallowed up by weather that promised rain all weekend, and delivered. 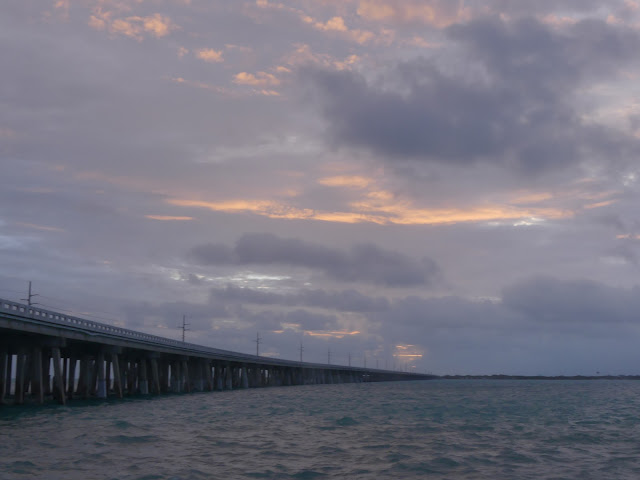 Rusty and I made the circuit, walking along the seawall where I could and stumbling through the brush to avoid gettingwet or swept out to sea. 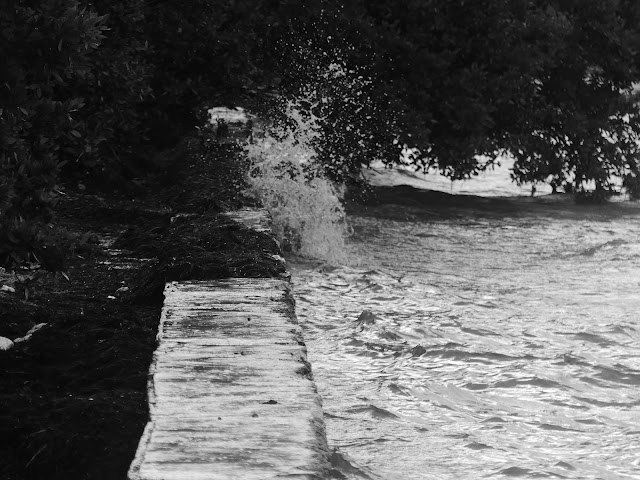 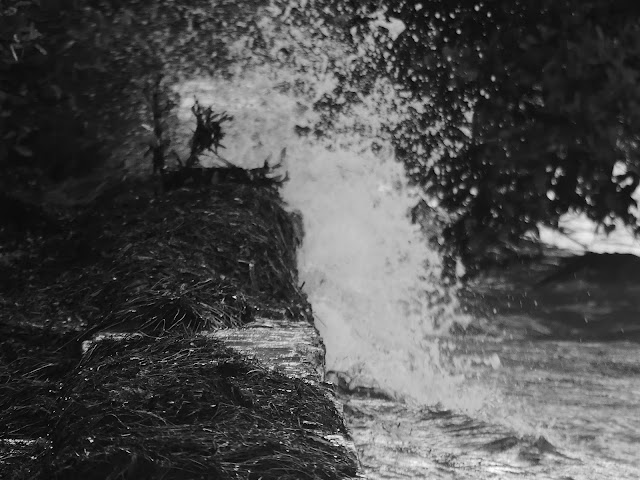 The parking lot which sees lots of traffic in winter was empty except for wrappers which appeared to have attracted raccoons to a trash can in the night. the winds spread them far and wide. 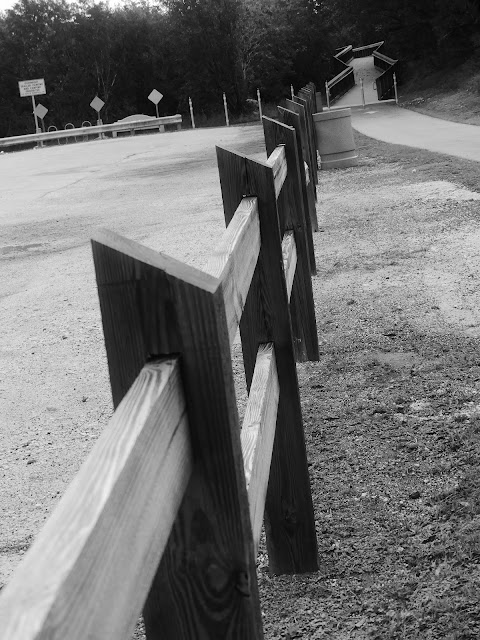 My best bud. Two hours of rooting around and we were ready to go home and get out of a chill wind. 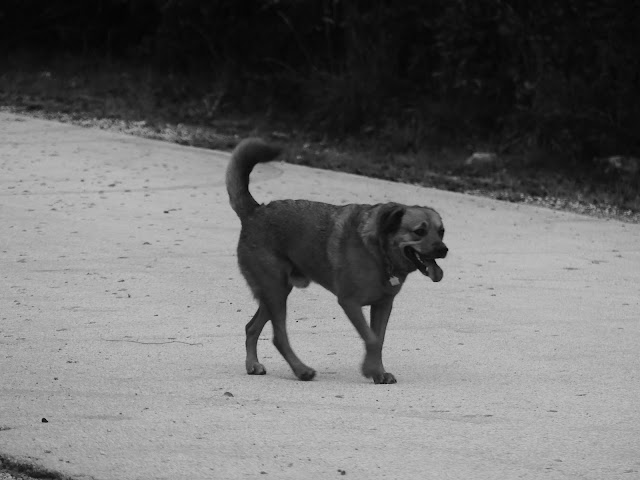