I came across this article discussing the possibility of a deep fracture in the South Florida Cuban community that may see practical business interests overcome outmoded sentimental political interests to end the Cuban Embargo. The monied interests if mid western agricultural export imperatives have failed do far to open new markets in Cuba, but perhaps this drive by a Cuban sugar mogul may be the force that ends the embargo. Recently a group of wealthy Key West types took the first charter flight across the straits of Florida in a private plane. Perhaps if the one percent start to feel the embargo is irksome it may be blown away at last by the magic power of wealth and influence. By whatever means..! 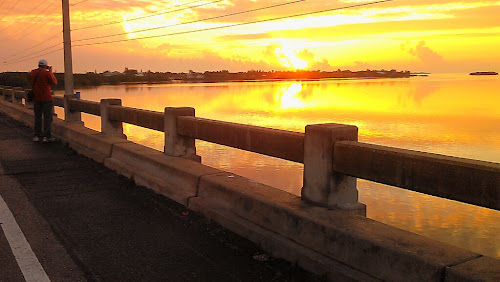 The Scramble for Cuba 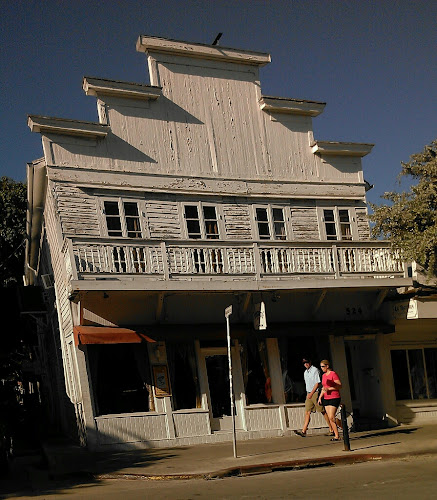 Consider it done: in the United States, the figurative hurricane barriers against access to Cuba are opening. Given they have been clamped shut for half a century, there is a lag time between turning the screws and actuating the gates. Put it this way: the lubrication is done.On Monday, the conservative Capitol Hill Cubans blog hoisted a warning as the Washington Post published, “Sugar Tycoon Eyes Sweet-Deal With Castro”. Pay attention wherever Big Sugar surfaces. Cafecito is not the currency of the realm in Florida: sugar is. And not just Florida. Half of American health care costs are tied to the ill effects of sucrose in its various forms.In June 2012 the blog, EYE ON MIAMI noted the first visit of Alfie Fanjul in Havana. Alfie is one half of the Florida Crystals family, the billion dollar brand that dominates anything related to land use, water management, agricultural subsidies and pollution control in the Florida legislature, Congress, and the White House. 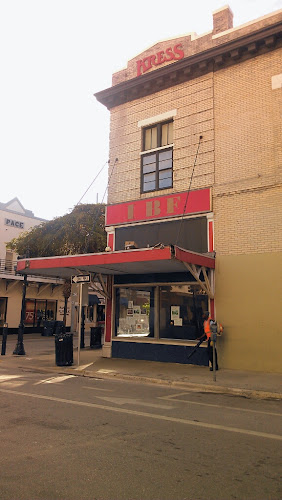 It was more than a curiosity to learn that by 2012 wealthy Cuban Americans had publicly crossed the Florida Straits, risking the antagonism of the right wing message machine in Miami.That message machine — embodied by vitriolic anti-Castro, Spanish language AM radio – routinely enforced political orthodoxy in Florida’s most politically influential county, Miami-Dade. Instructions came from the top down, and at the top: money from Big Sugar. The booming shrink wrapped luggage and long lines of passengers en route from Miami to Havana defied the stigma of the embargo. In other words, a brisk business between Miami Cubans and families on the island had already started beneath the AM language rants. Notwithstanding old hard liners banging war drums, by 2012 the gold rush was gearing up and by the presence of at least one Fanjul brother — Alfie — in Havana, political cards were being played.Political observers who dismiss the importance of recent Fanjul statements to the Washington Post are missing the point. The Post offers Alfie Fanjul’s version of himself: teary-eyed, standing before the family mansion in Havana. Maybe there was a tear or two. 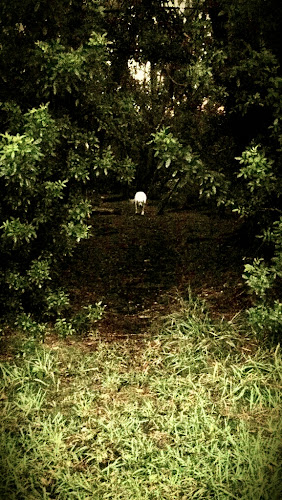 Capitol Hill Cubans allude to the fact that the Fanjuls’ wealth grew from the largesse of American taxpayers and through the sheer political skill involved in maintaining the subsidies that have earned hundreds of millions of dollars. Moreover, I would add, a billionaire fortune built on immigrant farm labor, pollution, and turning the Everglades, the Florida legislature, and Congress into their own VIP rooms. That’s not, however, the direction Capitol Hill Cubans want to explore.“Monopolists understand each other”, they write. More to the point, conservative Cuban leaders tolerated the Fanjul monopolists extraordinarily well so long as the action was shared. One of the first business lines of Jorge Mas Canosa, founder of the right wing Cuban American National Foundation, was to broker farm equipment to the sugar barons.The current leader of the foundation, Pepe Hernandez, told the Washington Post, “Having known Alfie for 40 years, I think we can trust him to do the right thing.” 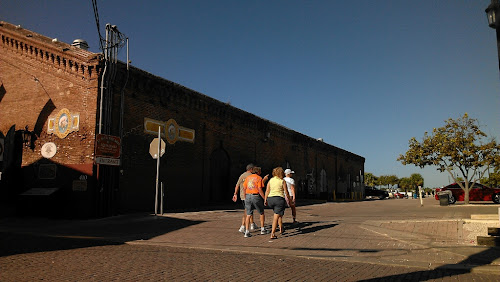 Now, the Capitol Hill Cubans spy the fault line breaking at the possible campaign of Hillary Clinton, where the Democrat side of the Fanjul clan, Alfie’s, resides. But that’s not it at all.The issue prying the remaining hard liners in Miami from the Fanjuls is that the Fanjuls will not wait while billions in business opportunities are being hammered out between the Cuban government and wealthy South Americans and European competitors. It’s not ideology that kept the Fanjuls from Cuba, it’s the fear of losing money now that there is money to be made.Leaving the issue of the Castro regime to the side, the question is not when will the regime come to a close, but …when will the money spigot open?It is open, now. The sign is not yet above the model unit, beckoning buyers, but insiders have already done their walk-thrus before the public is admitted. 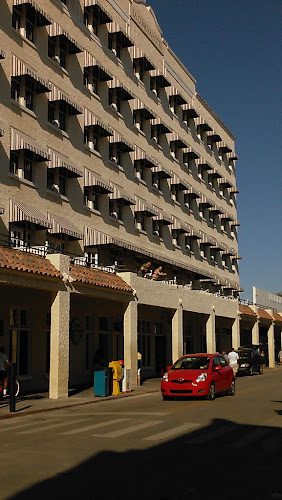 For an aging and dying generation of Cuban Americans, the enduring hope was for retribution and a swift execution of justice in Havana. Miami Cuban Americans would lead the charge. Instead of forcing change in Havana, anti-Castro hatreds primarily succeeded in mobilizing voting blocks in South Florida, ensuring a conservative GOP majority in the state legislature and a Congress that marched to the same syncopated downbeat as the upbeat in Havana. Meanwhile, a lot of money was made by Miami Cuban Americans controlling the levers of politics, of growth and development of suburbs and condo canyons, of privatization of government services and charter schools, while the Castros held on in Havana. 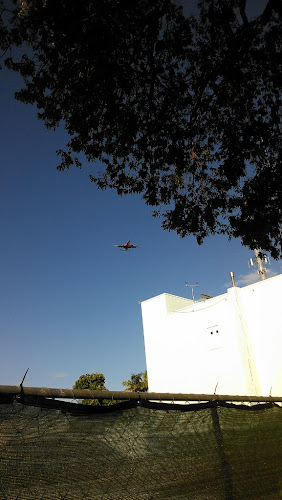 Today, the Castro brothers are fading faster than the conservative Cuban American lock on Miami politics. The Fanjuls, on the other hand, with their “30,000 foot view” do understand that history is moving.So what the Fanjuls do, matters. The Washington Post story is like the wisp of smoke emerging from the Vatican chimney when the cardinals have made their decision on the next Pope.Put another way: there is money and then there is real money. The very rich, like the sugar barons, are — as F. Scott Fitzgerald wrote in another context — “not like you and me.” The Fanjuls have excelled at manipulating governments in service of sugar profits in the United States. In the Everglades, they deploy the best black hats that money to delay Everglades restoration while tens of billions of taxpayer dollars are spent in work-arounds of lands in sugar production that need to be returned to fix the Everglades. 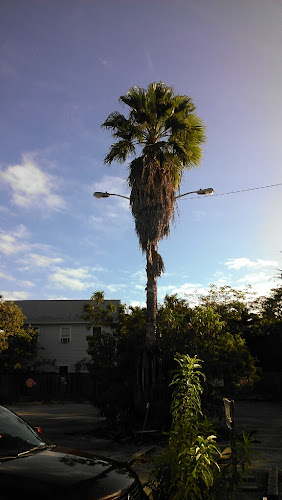 There are always ways to make money from economic barriers. But when those hurdles are defeating profits — the way opposition to Castro in Miami is, today — the hurdles have to fall. It’s just business.Here is what Capitol Hill Cubans will not write. For so many of the Miami Cuban American elite, the signal of the Fanjuls turning to Cuba is a shift as great as the state department declaring the cessation of hostilities and the return of the embassy to Havana.What the Capitol Hill Cubans can’t ask and can’t answer, how big is the piece of the pie going to be for Miami Cuban American businessmen? That’s always been the question they wanted to know. (I learned this in the 1990s, leading the battle against the conversion of a military base in South Florida bordering two national parks into a privatized commercial airport for the benefit of powerful Cuban American businessmen. They said it was for a “reliever airport” to Miami International. No, it was for a private and exclusive cargo airport to control the resupply of Cuba once the regime changed.) 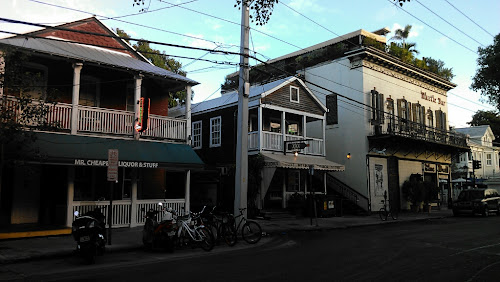 For decades, Miami Cubans claimed to want the whole of Cuba, for “freedom and democracy”, knowing that they probably have to settle for less. But how much less? As the years ground on, with Mas Canosa gone and Fidel enfeebled, business interests from other parts of the world have gained traction. The port work, the infrastructure, the city center: the shovels are turning in Havana.The Miami vise-grip of Cuban Americans on the “embargo” against Cuba is the theoretical analog of the decrepit, old fleet of 1955 Chevy sedans, held together with the same tenacity in Cuba. That fleet is being replaced on the streets of Havana with Toyotas, KIA, and Fiat, the same way as they have in Rangoon. Or Yangon. Whatever.The Washington Post story and the instant reaction from the Capitol Hill Cubans couldn’t be more clear. The Fanjuls want their piece of the action. The game in Havana is on. Let the scrambling of lesser mortals, begin. 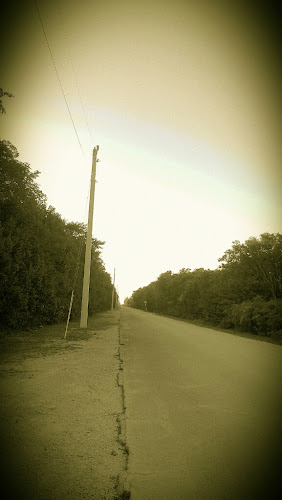 Alan Farago is president of Friends of the Everglades and can be reached at afarago@bellsouth.net