From the archives this view of New Town on an early walk with the new-to-me Cheyenne: 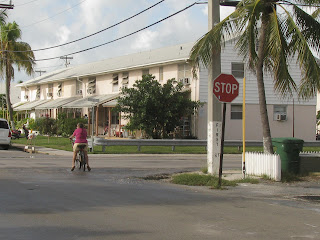 First Street with George Allen public housing across the street. Key West has quite a bit of public housing in this rather bland 1960s style scattered around town. It rather horrifies me in summer when I see open windows and no air conditioning. And across First Street lies Fogarty, heading east. 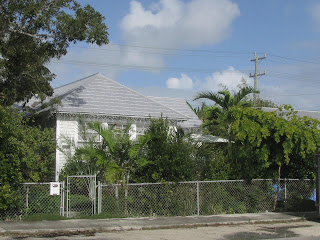 This street got badly flooded by Hurricane Wilma in 2005, and the high waters were a reminder why people originally kept Key West in what is now Old Town, the drier portion of the city closer to the original waterfront. This house looks like it has been closed for a while: 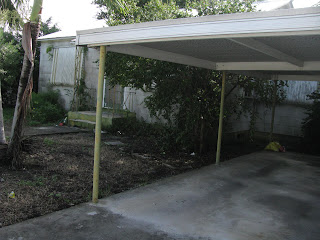 One saw in New Orleans the outer suburbs going underwater that same year as the levees broke, but their version of Old Town, the French Quarter and most of Faubourg Marigny stayed high and dry. There was often more sense in the habits of previous generations that we like to give them credit for. Which is an ungrammatical way of saying our ancestors were smart from bitter experience. For whatever reason people on this block of Fogarty seem to overflowing with stuff: 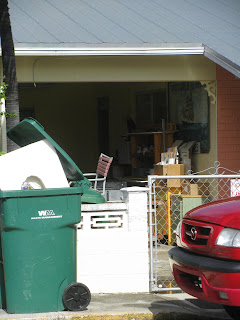 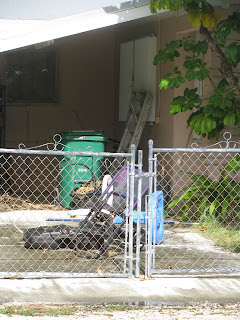 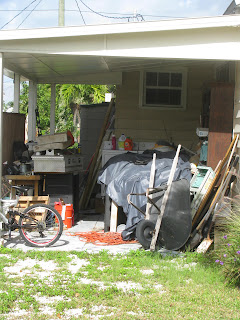 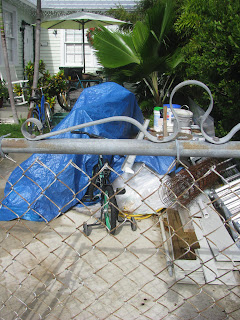 Though some people like to keep doors of some sort on their stuff in the car port: 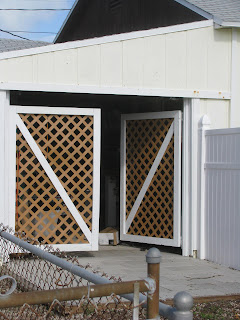 While others find the room to park a trailer off the street (on-street trailer parking is illegal in Key West) effectively creating a useful storage space: 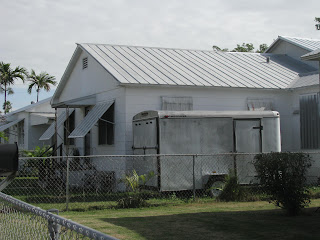 Hurricane shutters this time of year usually indicate snow birds though I thought several homes with them up appeared to be lived in. It seems rather dark and depressing to me, especially as metal shutters tend to bang and rattle in the slightest breeze, giving one the feeling one lives in an empty coffee can. i take mine down as soon as the danger has passed. 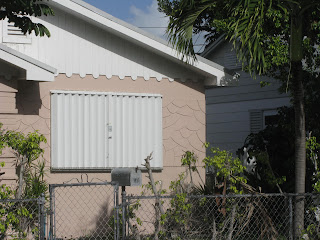 Cheyenne, oblivious to my ruminations, found Fogarty Street quite worth her while, seen here nearing Second Street. 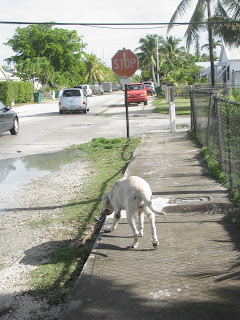 Adirondack chairs set our ready for the cool of winter which has been slow coming this December: 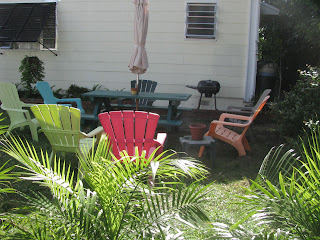 Wildlife I spotted from across the street stayed put quite a long time while eying the Labrador's oblivious antics. I'm guessing this is a mourning dove, which is a long shot thanks to my innate inability to identify flora or fauna with any hope of accuracy. 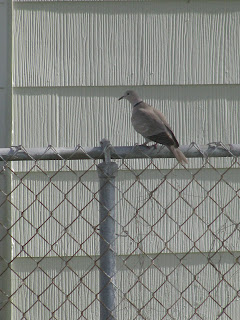 A trim little home which I would be tempted to label as "sky blue" in color except obviously it is nothing like the blue sky in question: 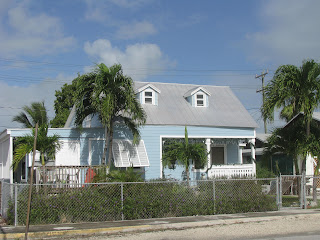 A made up mailbox. I was tempted to put the flag up to get it out of the way but I'd probably forget to put it down and then the letter carrier would assume there was mail to be picked up and so... 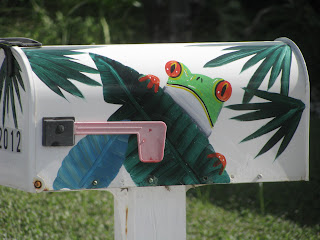 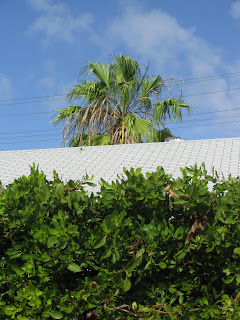 Not a snow flake in sight though this palm was making quite a show of itself on Second Street. 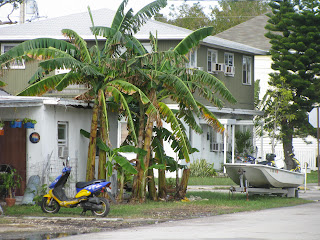 Houses surrounded by vegetation always appeal to me, which may be one reason I am so fond of my little tree house on Ramrod Key. This one does a nice job of camouflaging itself: 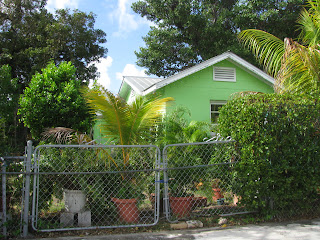 The Bahama shutters leaning out from the house in the back ground are classic Keys style, as is the eminently practical bicycle in the foreground. A proper daily rider with basket for luggage. 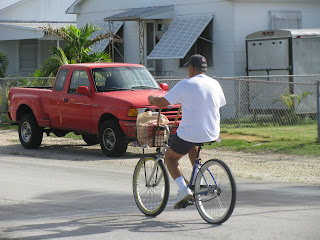 I don't care much for the hoopla of Christmas with the shopping craziness and concomitant stress but I do enjoy the outdoor decorations integrated into the landscaping: 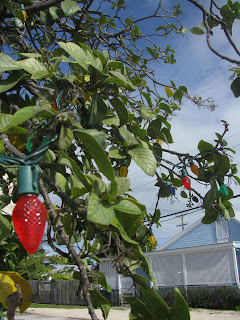 This rooster and a few chickens were fenced into a yard like pets. I prefer Labradors myself. 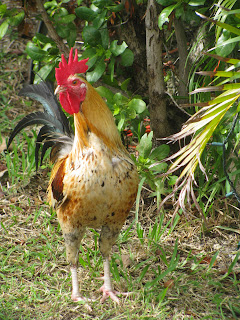 I hope this was intended humorously, because that was how I took it: 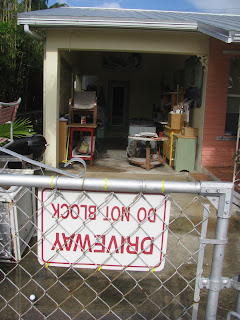 And here endeth the brief tour of Fogarty between 1st and 2nd Streets. Classic Key West New Town.
Posted by Conchscooter at 12:00 AM No comments: