Let's face it, I'm not a big city kind of guy. Big cities breed disorder, noise and social indifference. I saw a black woman hauling a suitcase and two resentful children, the older one loaded with an armful of blankets. I wondered where they spent the night and if they have a plan for the next night. I can't stand these places, cesspools of human indifference. But they have nice museums, I'm told. 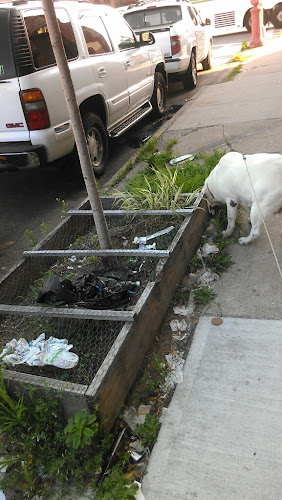 I was last in New York on May 14th 1981 buying a brand new Vespa at King Cycles which is still in business, but no longer a Vespa dealer. Cheyenne takes things as she finds them and she like Brooklyn. Why wouldn't she? 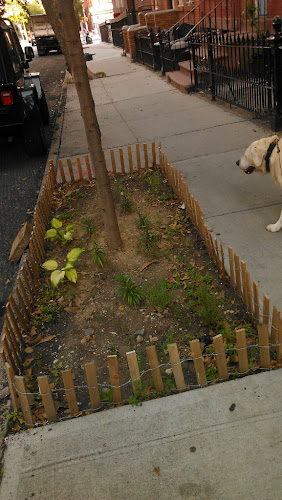 This place is a trash hound's idea of heaven. Walking her was hard work considering how little humans here care about their environment. 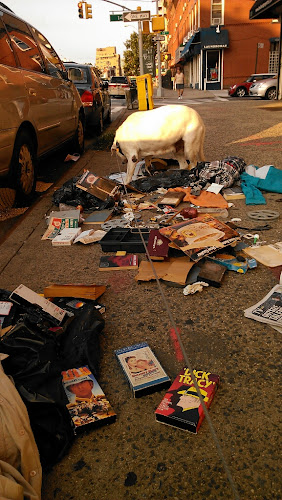 But in the midst of chaos one sometimes comes across something good. The tamale vendor was just setting up when Cheyenne decided she needed a rest. 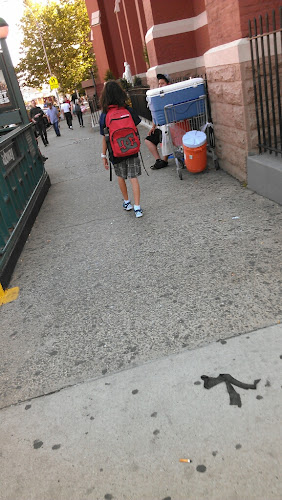 I don't usually carry money when I'm out walking Cheyenne and this was the moment I came to regret that decision. It was 7:30 and the young vendor made his first sale. 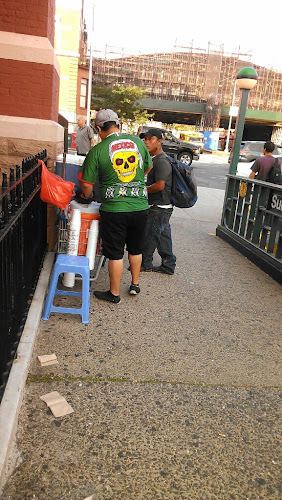 His t-shirt read Mexico till death! Referring to the World Cup. 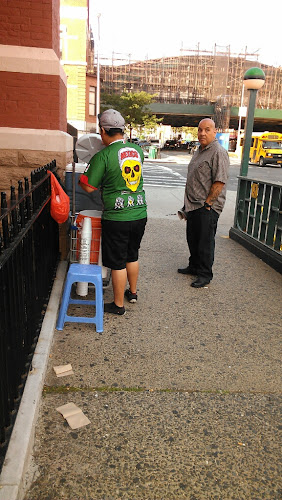 They came up and engaged with him. It was a touch of small town in a big city. 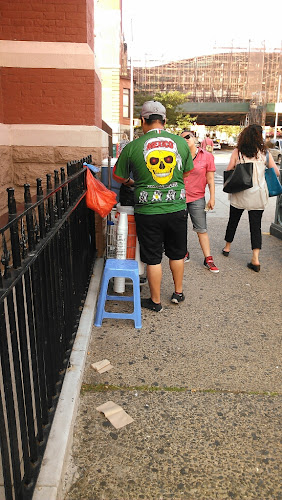 He sat back for a little while and watched the girls totter by. Not a bad gig I suppose. 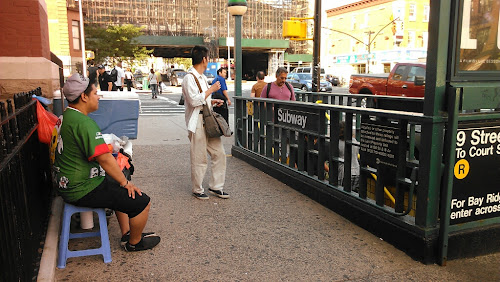 And nailed another sale. 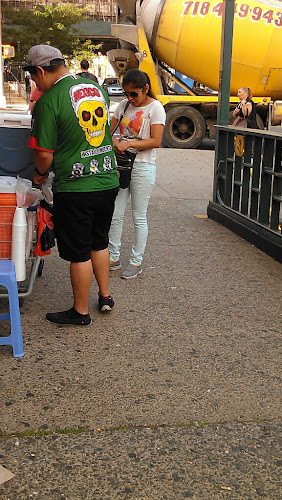 Cheyenne and I ambled off passing a "proper" breakfast place under the haut cuisine tricolor of the French Republic. 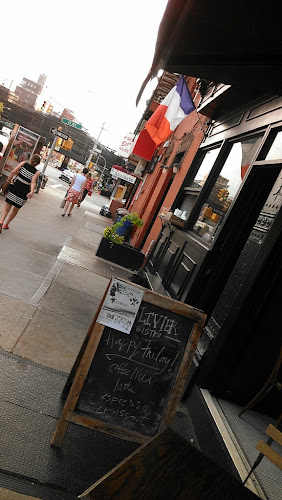 And a group of workmen breaking their fasts on the steps eating God know what. Cheyenne thought it smelled good. 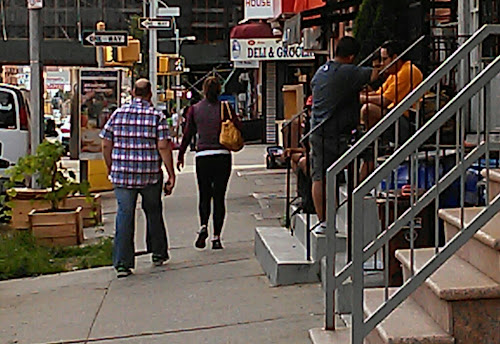 I parked Cheyenne in the air conditioning in our La Quinta room, waking the mound under the bed clothes. "I passed a hot tamale vendor" I said, rather incautiously. "Did you bring some for breakfast?" The mound said. The long and the short of it was I has to trudge back five blocks with money and no dog (let sleeping dogs lie) to say hi! to Fernando. It was lucky I wasted no time as his vast spacious cooler was almost empty one hour after his first sale. 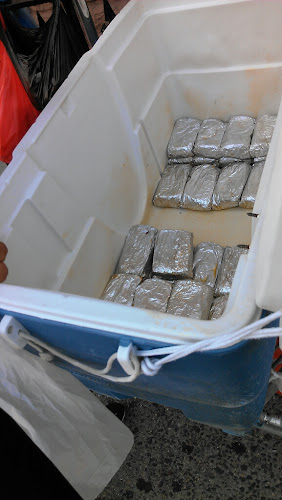 His mom makes the tamales in three flavors, mild medium and very hot at his parents' restaurant. He says business gets slow in July when it's hot and people are on vacation. I ordered one of each, at a buck fifty each -deal!- and I also took a large rice milk. I'm used to cold horchata but this was warm and delicious and also cost $1:50. More food than you need and a delicious large drink, breakfast for two for six bucks all in. 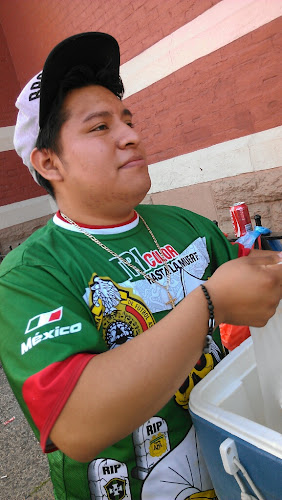 I gave Fernando hell for Mexico's loss but he just shrugged and figured Argentina was the next best choice to win, the last Latinos standing in a contest that saw Brazil thrashed to humiliation by Germany. After he sells out he goes back to the restaurant and takes over. That's his day. The son of those immigrants Americans love to hate. 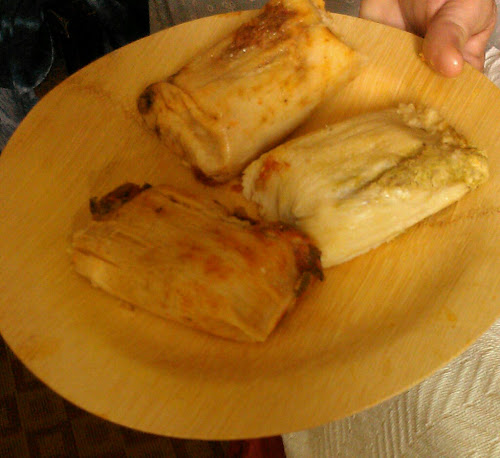 And they were delicious by the way, hot was very hot, mild was creamy and delicious. Medium was full of tomato and chicken. What a start to the day. 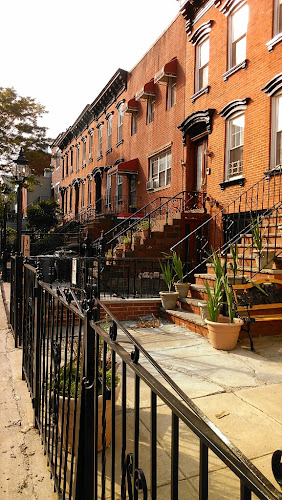 Fueled to survive and thrive in Gotham City.