I don't know what to think of my colleagues who profess to like snow. That being the case choosing to live in that tip of the country that never sees frost seems a perverse choice though I'd like to think there's more to living her than living frost-free. We are facing a  cold front this weekend which will be a pleasant change especially as the National Weather Service promises lows below sixty degrees. 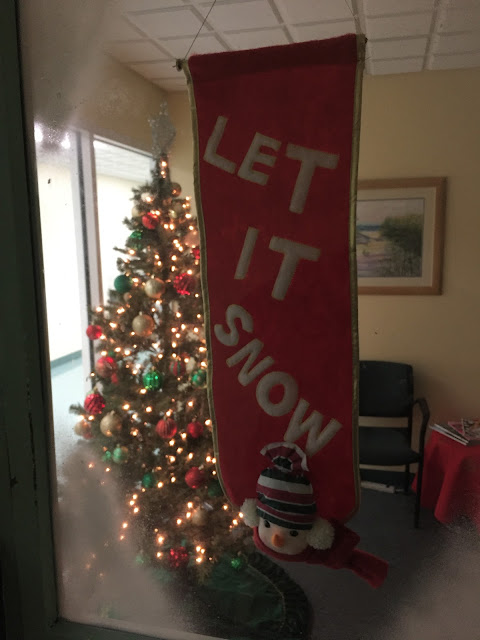 The theme of a modern Christmas has been set in stone thanks to the 19th century fashion of pine trees, yule logs  snow and good king Wenceslas trudging through the snow with supplies for the peasants. None of which has anything to do with the original Christmas in Palestine where the Huns and Vandals had never been heard of along with their mid winter pagan rituals. Nevertheless we now find ourselves stuck with all this stuff that has about as much relevance to Key West as it does to the Middle Eastern climate where the Christmas story took place. 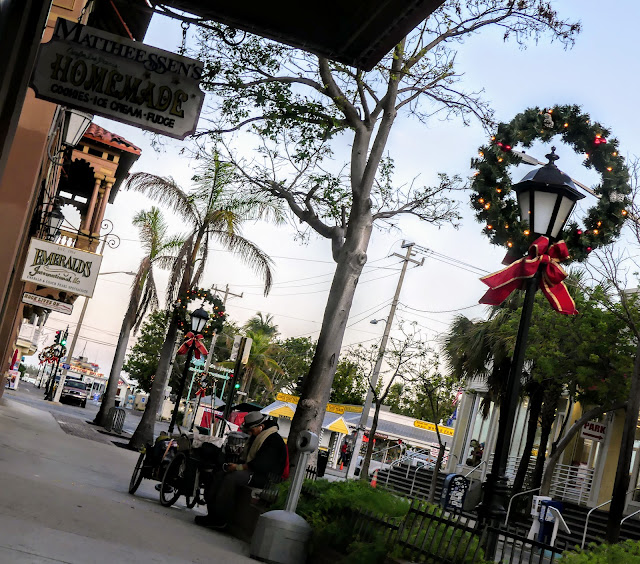 I do find these street lamp wreaths, as weird as the theme is, to look quite good around town. Of course in a town with no Fall to speak of there is plenty of greenery already in place and flourishing after the dusting it got from Hurricane Irma. 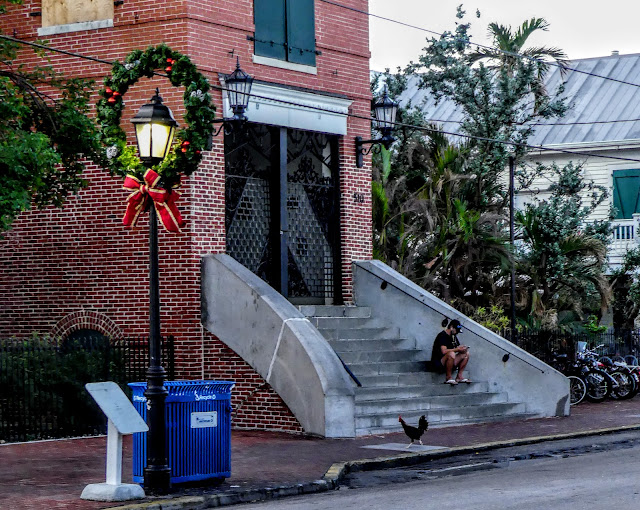 I like Christmas in Key West not least because there aren't blizzards to contend with, but also because the forced requirement to be kind and cheerful puts a  bit of a crimp in the winter population's tendency to get overbearing. Though I must say the nativity scene at the Methodist church on Eaton looked a bit, how can I put this? - sparse? It gained a little from the weedy palms in the background giving it location authenticity but a two dimensional show with one huddle sheep seems a bit lacking in the abundance we have come to expect from these outdoor displays. 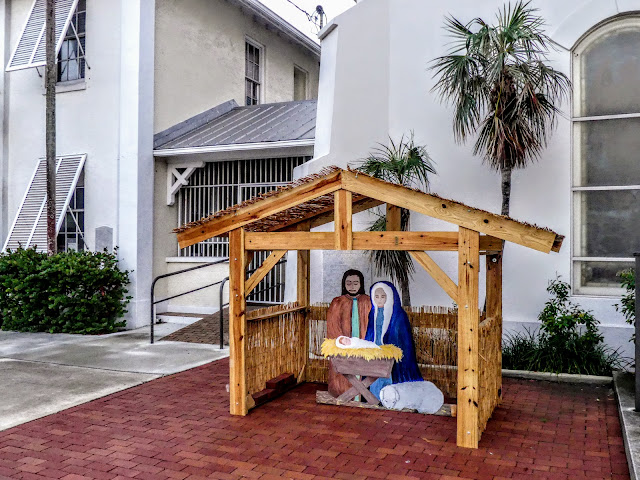 Mind you Hurricane Irma is still in view be it ever so slightly. The Keynoter had a heart wrenching story this week on the status of survivors in the Avenues of Big Pine Key, thirty miles from Key West. People living in tents, FEMA needing absurd permits to install trailers to get people housed, ongoing useless chaos. County leaders wringing heir hands which is as helpful as you can imagine. 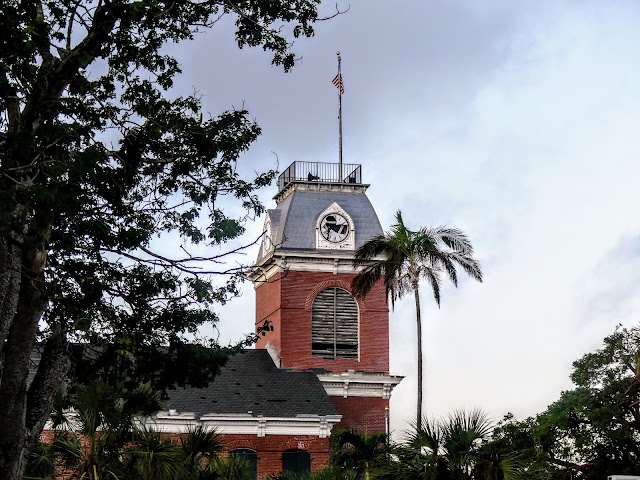 In Key West you have to look to see damage though there is a little here and there. Motivated by the need to attract tourists the city cleaned up in a hurry. The Sheriff has announced that adding garbage to the roadside debris along the highway is now an arrest-able offence but nothing has been said about the side streets.  I saw a man pulling trash from the trunk of his Audi yesterday and dumping it along Spanish Main, a main artery on Cudjoe Key. Perhaps the payments on the Audi are so burdensome he can't afford the fee to drop his surplus trash at the dump, poor man. 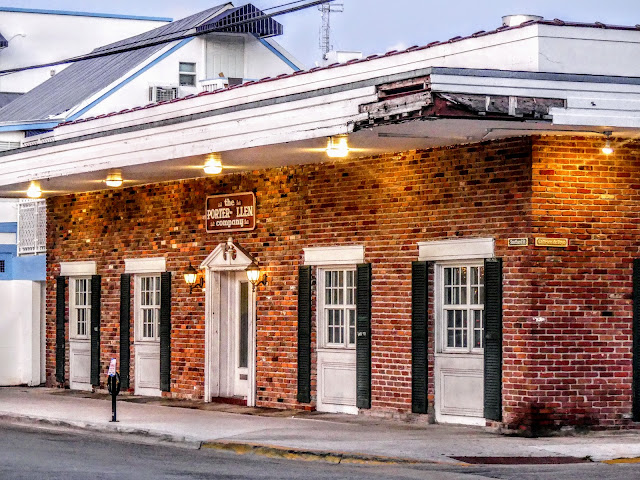 In the end though we keep on keeping on and as short staffed as we are once again at work I am making horrendous amounts of overtime this holiday season so I hope that everyone in Key West stays sober and polite and refrains from calling 911. Fat chance, I have to think of it all as  job security, and very nice it is too. 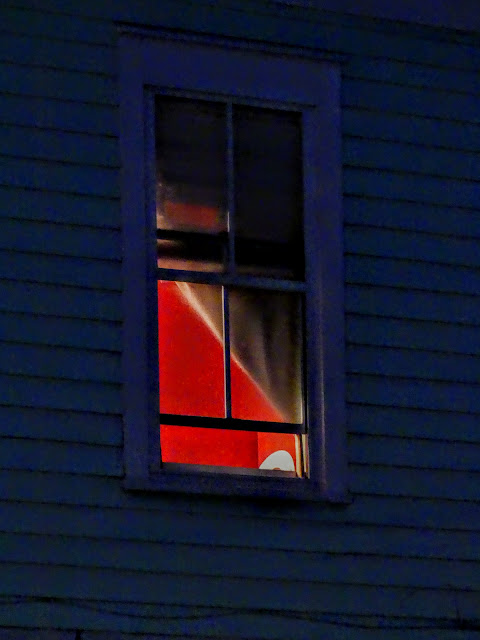