I have been looking for excuses to ride to find a few moments relaxation between doing my night job and starting my business. Scooter tag hits the spot as opposed to all those threads arguing about chrome accents and go fast alterations. Here the tag was a musical sounding street name, so I went with Wong Song Alley, off Truman Avenue: 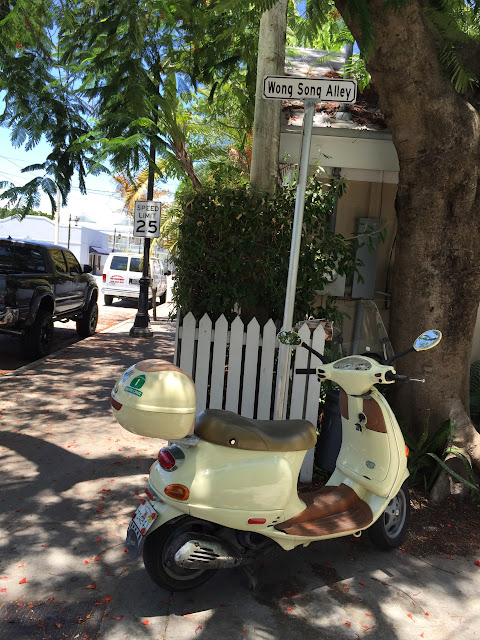 For a tag I offered this photo up the street. "A business with a woman's face on it," I offered and got a scooter in front of a  rather innocent Wendy's from another tagger. 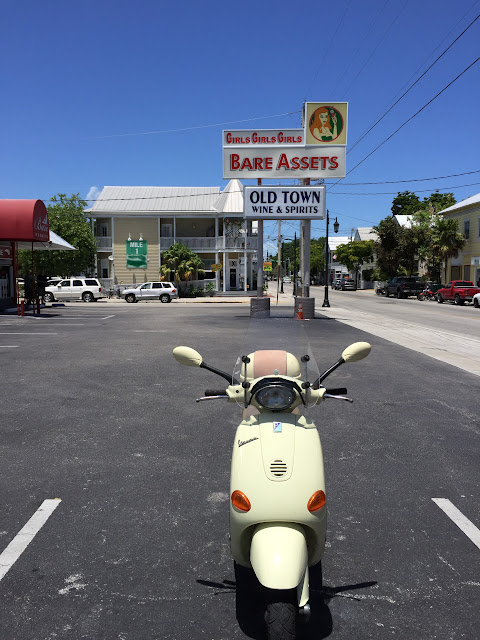 My seized old Vespa has been off the tagging route lately and I do miss it. It'll run a mile or two before the engine gets too hot and the piston deforms and it stops running. I don't want to spend money fixing it at the moment as all energy is focused on our start up business. Fixing it will be for later this year. 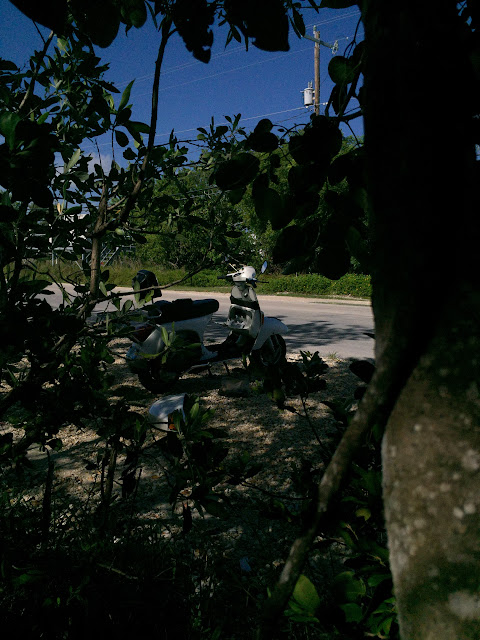 Meanwhile the Ford Dealership on North Roosevelt seemed like a likely tag, so I snagged it one afternoon while I was in town. 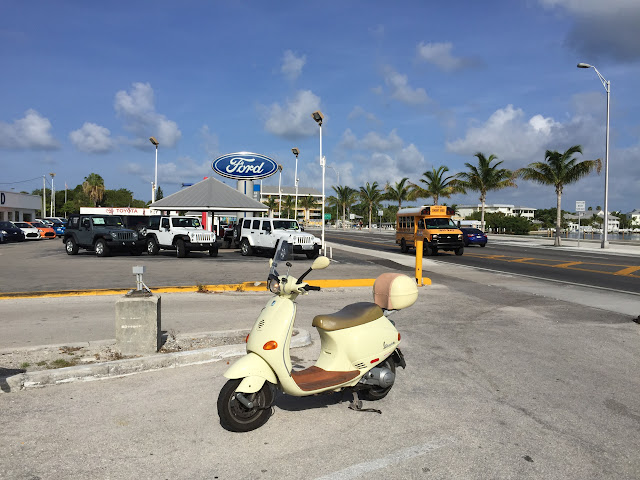 After I grabbed a not-very-scenic picture of the Vespa at the airport I posted another tag of your scooter at a picnic table, sleeping bum and photo bombing chicken optional. This one is  at Pines Park in front of the airport. 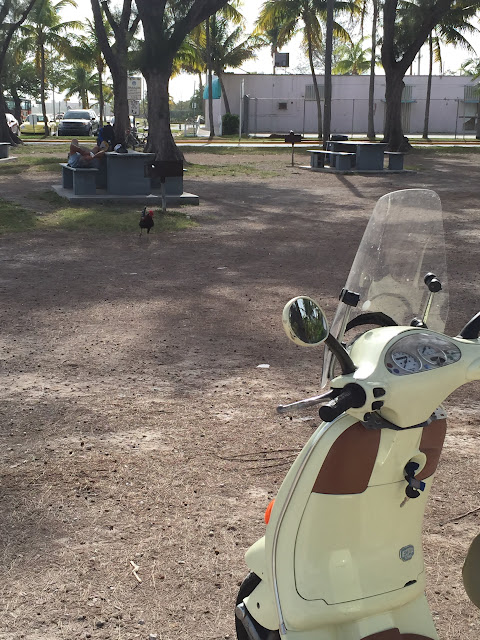 I also went geo caching and failed to find the cache for the third time. But that particular spot on Big Pine got it's revenge as my arms are itching and I think I got some poison wood on myself. There's a just reward for getting out into the heat and living a little!
Have a good weekend and remember the next podcast interview will go up next Wednesday at http://travelandsafety.com/.  Cheers.
Posted by Conchscooter at 12:00 AM 1 comment: Links to this post