In 1888 the 27 year African American Charles Fletcher DuPont was elected Sheriff of Monroe County and he served his term from 18898 to 1893. He has a lane named for him off Petronia near Duval Street at the 801 Bar. 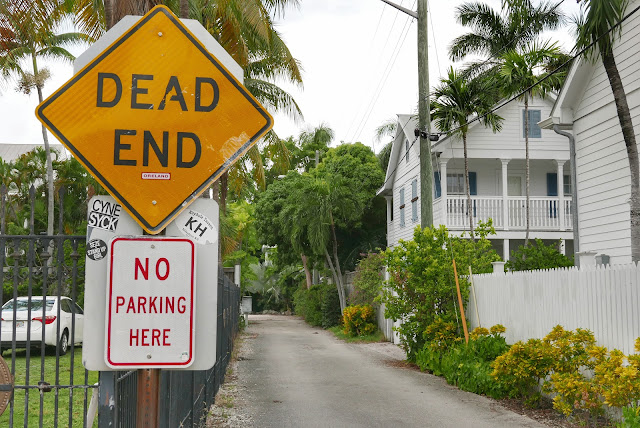 DuPont had a hard time of it controlling the Cuban factions in Key West divided between supporters of Spanish rule and revolutionaries seeking independence.  When two two supporters of the Spanish colonial government gunned down a Cuban revolutionary in Key West the Monroe County sheriff found himself in one of those situations beloved of Hollywood, defending evil doers against a lynching mob. 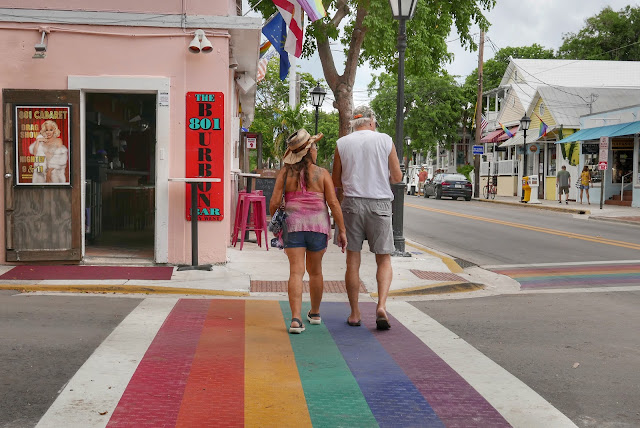 Sheriff DuPont acquitted himself well in that June 1891 incident and the two suspects were never sent to Tampa for a lynching but had several trials in Key West and finally found not guilty. It all sounds  a bit peculiar but the Sheriff did his bit. 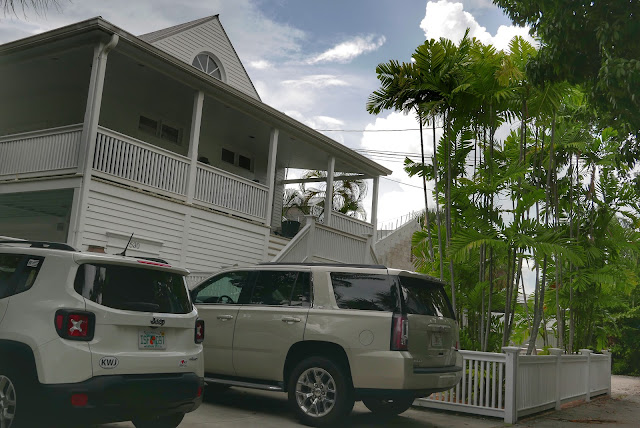 DuPont was the son of freed slaves  and his father Rome is believed to have been born in St Augustine as the property of landowners from South Carolina by the name of DuPont. It's rather mind boggling to imagine people being born as property and relatively speaking not that long ago. Amanda Shackleford was DuPont's mother and her family settled in Key West, hence her son the Sheriff elected by popular vote. 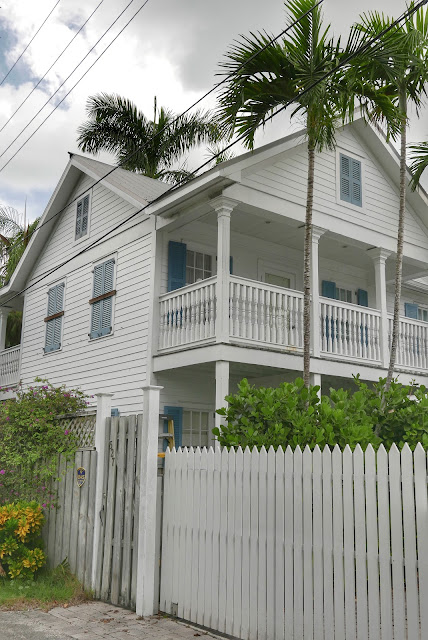 Even in those days of slavery, segregation and Jim Crow Key West was always a bit different thanks in part to the numerous different groups attracted to the city by its port and the trading ships passing through. It's hard to imagine any other southern city electing an African American as sheriff. Maybe they did in drives but it doesn't seem likely. 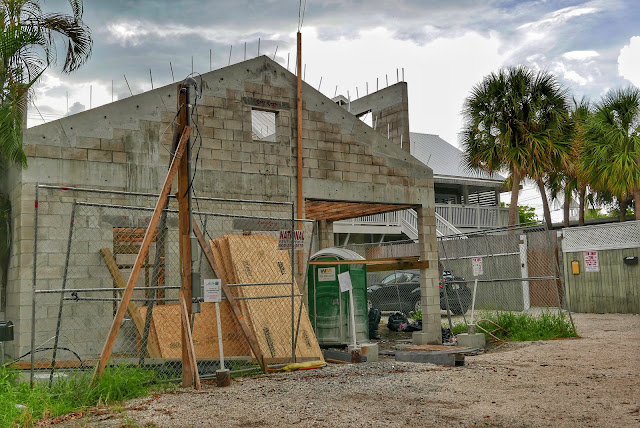 All this history is contained in the small one block land that leads north off Petronia Street. You could drive by without even noticing it. 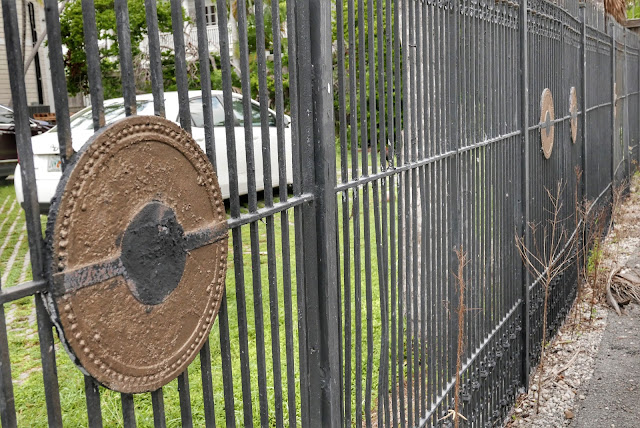 Looking toward Petronia from the dead end of the lane: 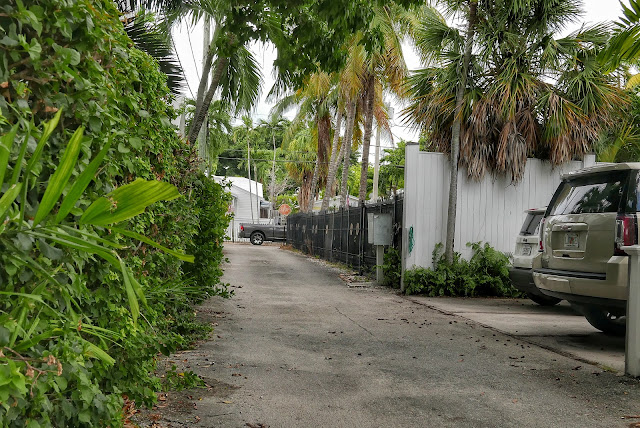 And there is the sign on Petronia that marks the lane: 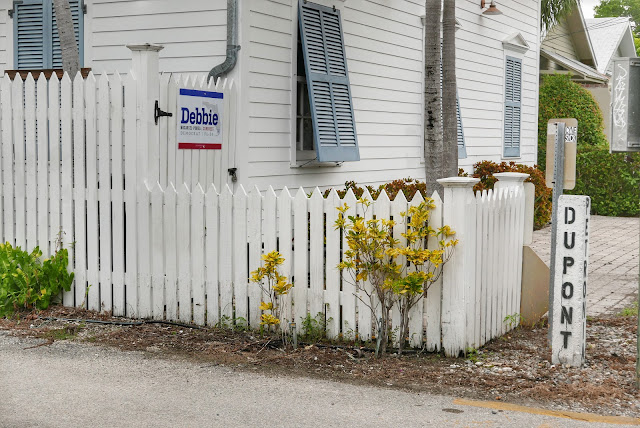