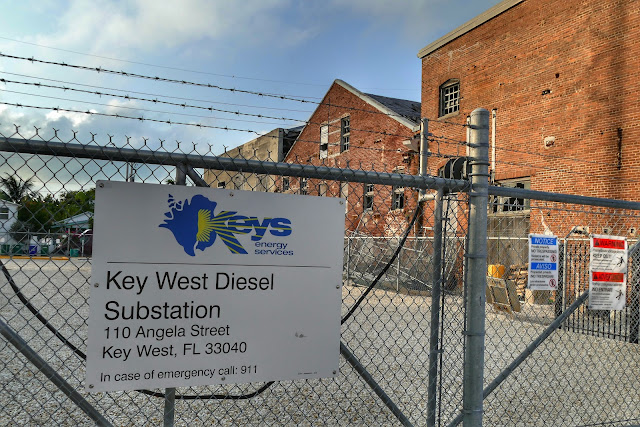 And today, in an effort to avoid thinking about the coronavirus we look at a small piece of Key West history. The substation is next to the old diesel generator plant at the end of Angela Street. 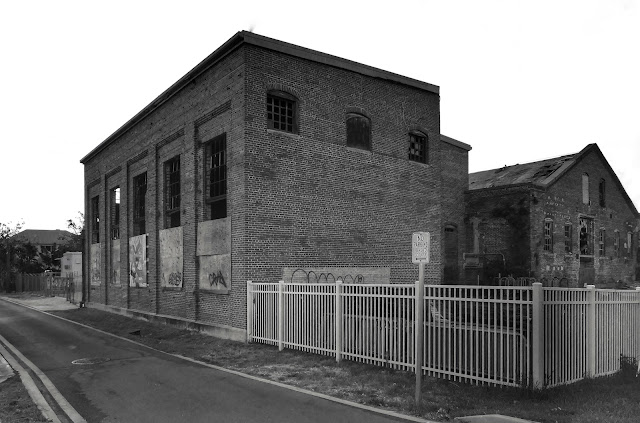 It was all before my time, built in 1890 and in use powering the city for 70 years. The Geraldine Street side of the building has become an art display. 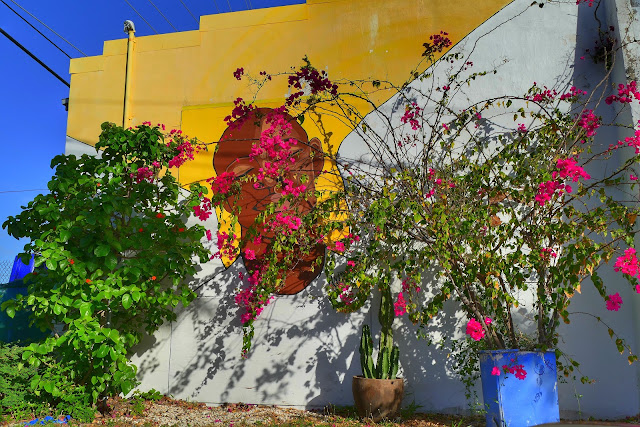 Given the deterioration after fifty years of being abandoned the city planned to tear the building down. Once that plan was announced everyone suddenly noticed the brick structure and the drive was on to save it. Just over a year ago the Miami Herald was reporting a new set of plans for the overlooked building. 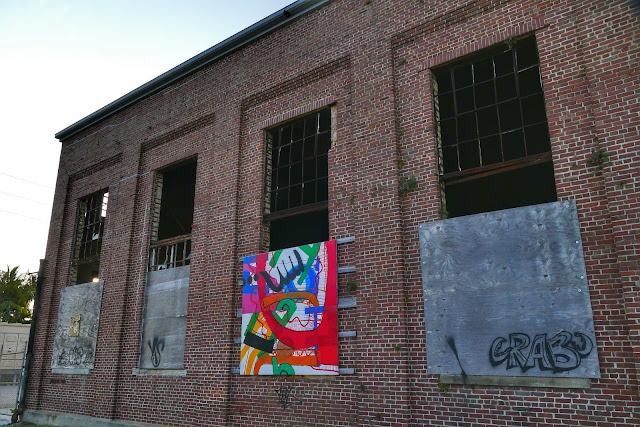 "A Key West nonprofit will redevelop the crumbling former diesel plant into an interactive museum that features a microbrewery and restaurant. The goal of the museum is, in part, to reflect the importance of the historically black neighborhood of Bahama Village, which is largely gentrified and infused with art galleries and restaurants." 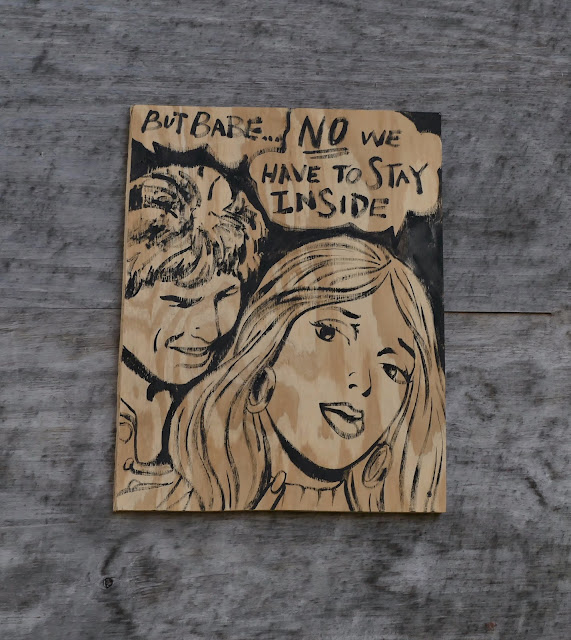 I don't know why but Rusty got it into his head that there was stuff worth sniffing alongside the building. Then he rolled in the grass which always requires untangling his leash and inbetween all this drama I wielded my camera. 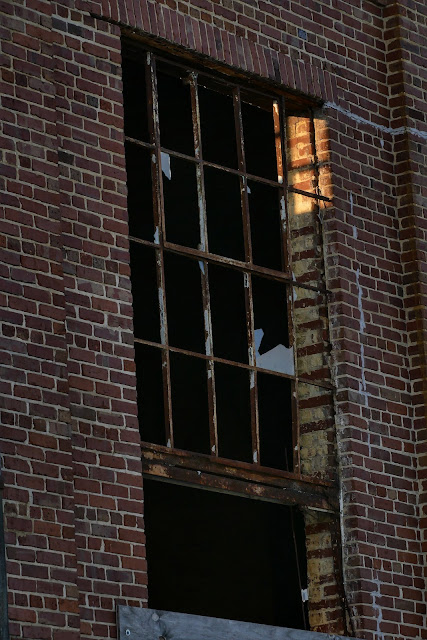 We were alone, it was sunny but not yet hot and I enjoyed the break before we had to resume our exercise plan. 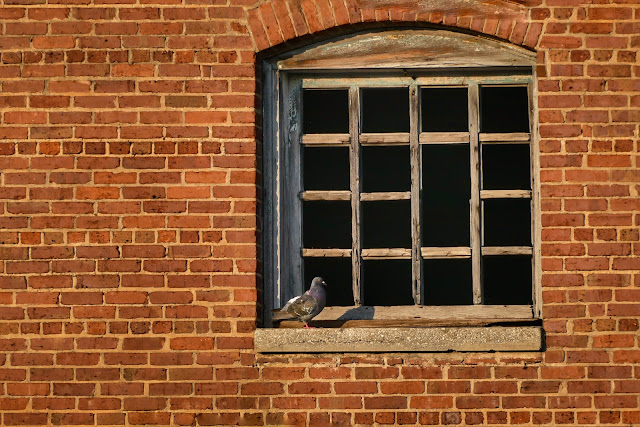 There aren't that many brick buildings in Key West so I take advantage of any opportunity to photograph brick structures. 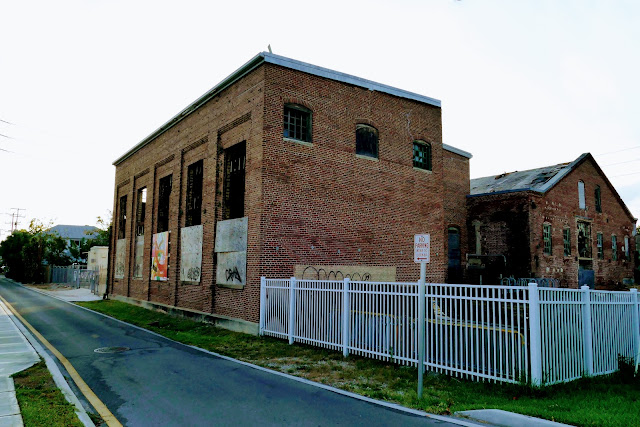 It used to be that bricks were brought to Key West as ballast in sailing ships, turning dead weight into cargo but that source of supply has dried up in the modern era. So brick buildings are not that common in a town made of wood.

Turning this building into something useful is going to cost an estimated $15 million and before the interesting stuff happens they have to make sure it stays up and doesn't turn into a pile first. 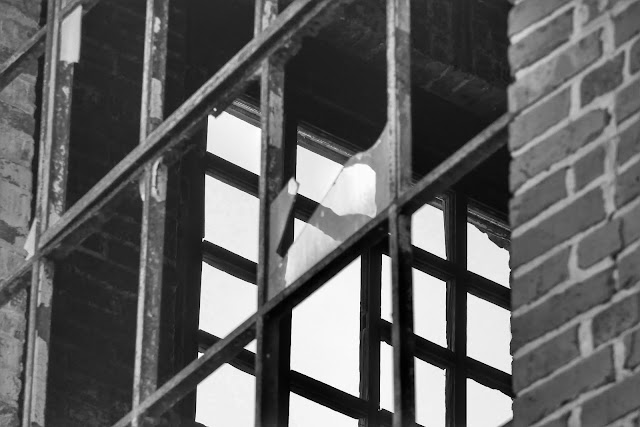 The Key West Art and Historical Society has it's work cut out. I hope it turns out well. 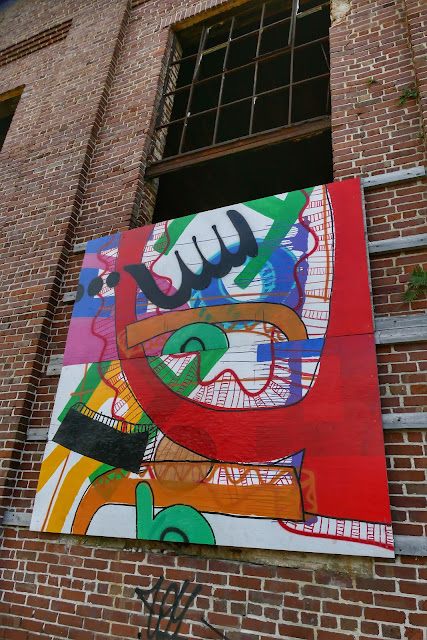