Ocracoke has one of everything including a walk in the woods. 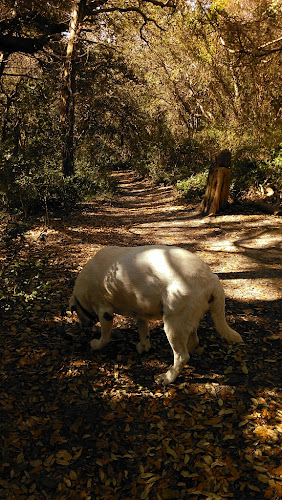 I read a discussion on Ocracoke Island Journal: Dolphins about Springer's Point in the comments and I thoroughly enjoyed the way they put down Springer's Point. It's horrid! Don't go! 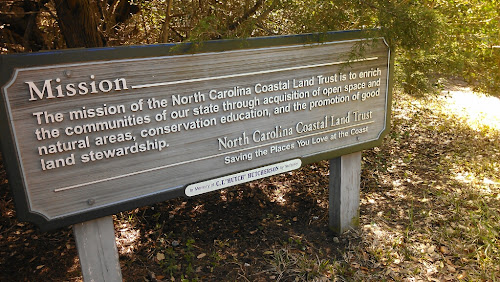 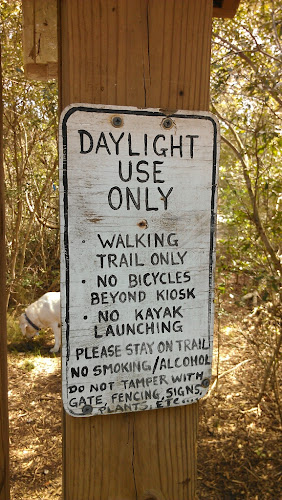 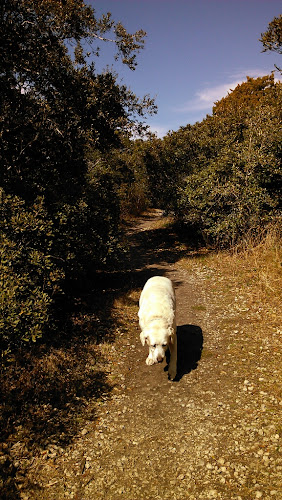 It's a narrow strip of public land winding through the woods. 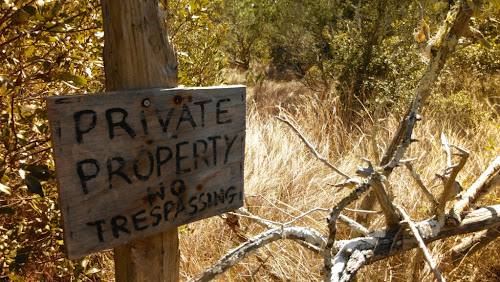 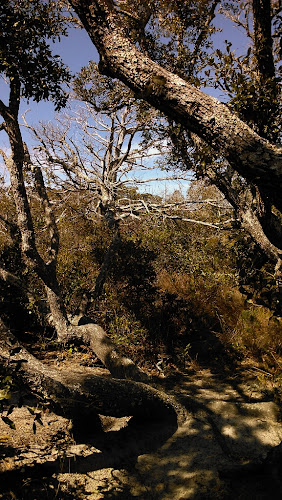 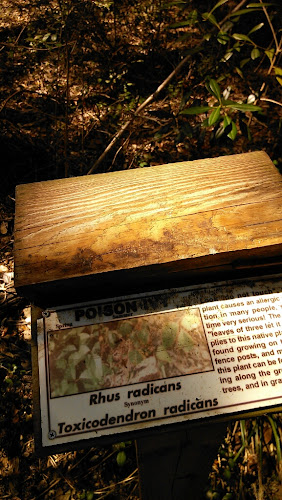 There's an old well near this old cemetery and not much else to see. 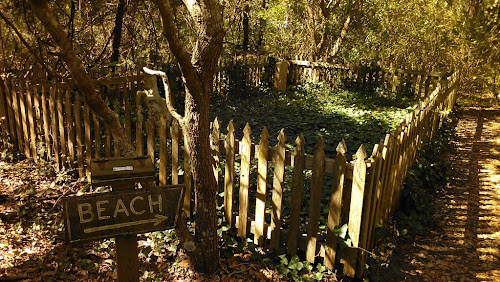 The sign to the beach is a bit of a joke, as either half of the loop takes you to the water and back again. 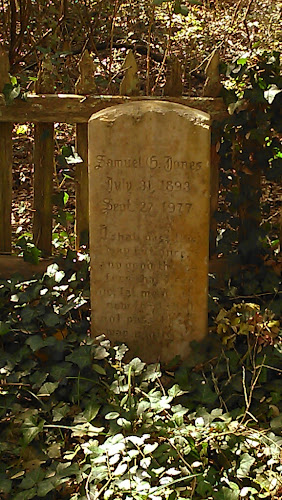 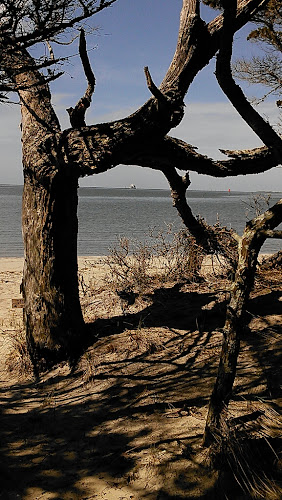 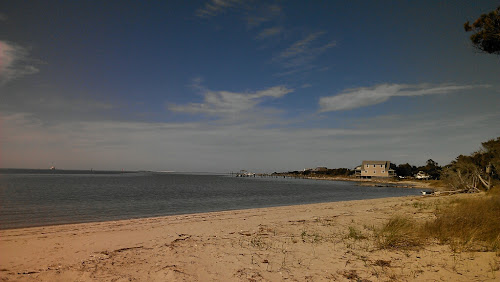 Key West lays lots of claims to pirates but Ocracoke is the real thing. Blackbeard lived sailed and died here. 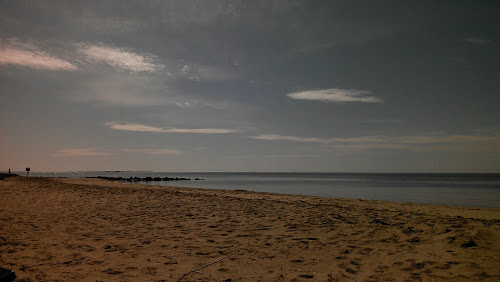 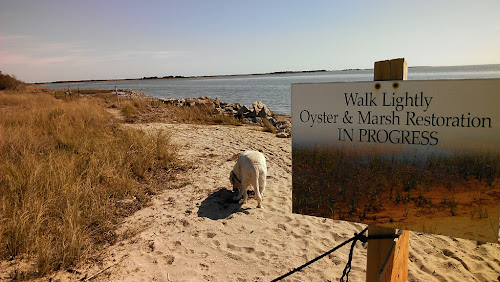 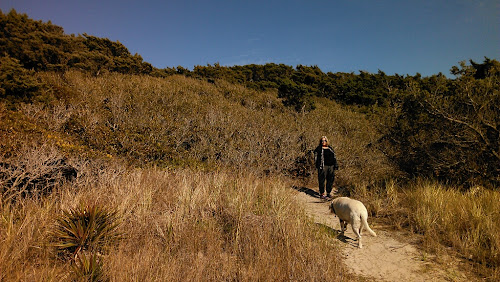 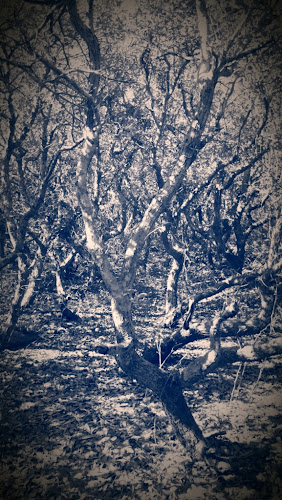 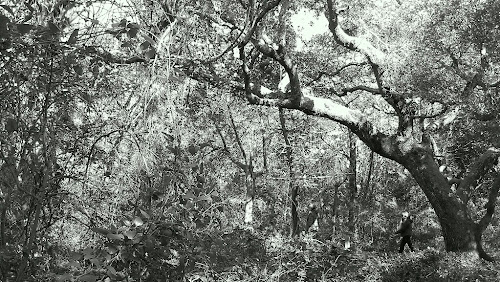 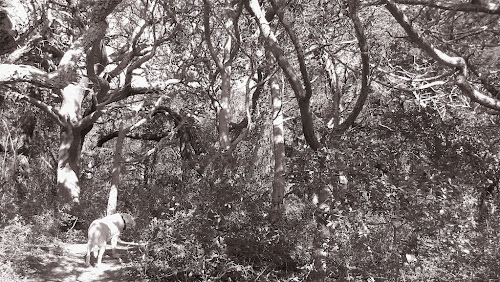 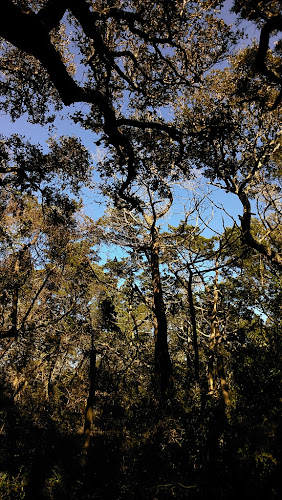 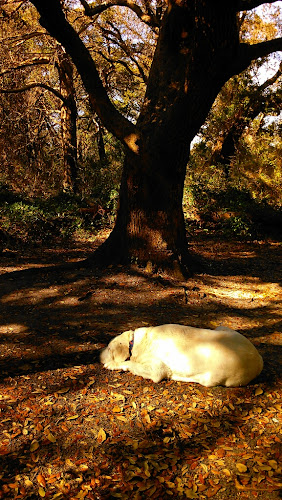 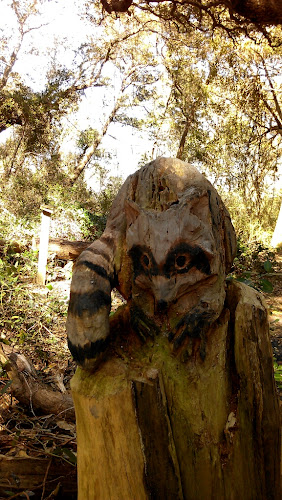 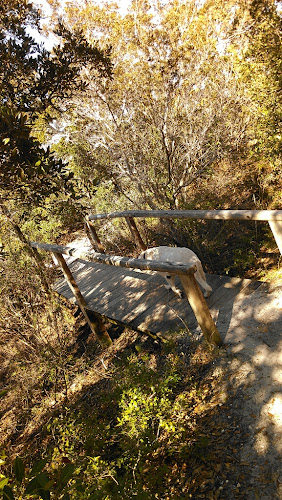 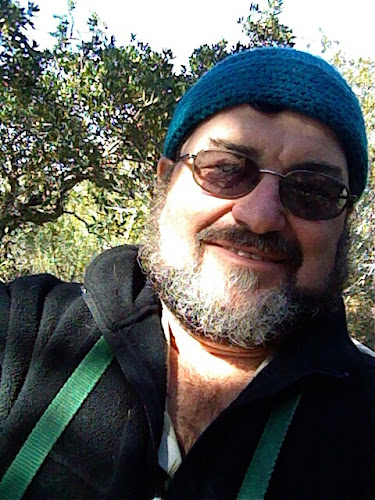