There are  some days out walking Key West when you wonder how it is not everyone likes tropical climes. Blue skies, green trees, warmth verging on too much and here we are almost in August. A conch cottage, a motorcycle, a palm; what more could a resident want or need? 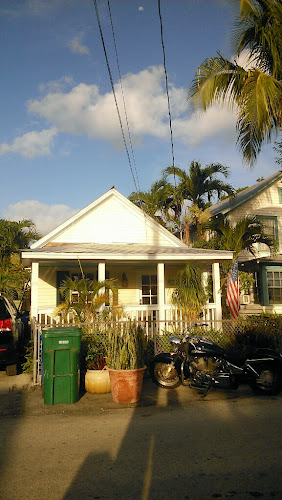 Pretty soon we will be hearing how much seasons matter Up North. The changing of the leave sis so important they say. I rode to new York State on an Iron Butt ride a couple of years ago and I saw leaves changing all round a town called Binghampton, and it's true the Catskill Mountains were pretty. I also recall freezing my butt off the motorcycle as I climbed the mountains one frosty morning. 50 degrees in October? Whatever next? 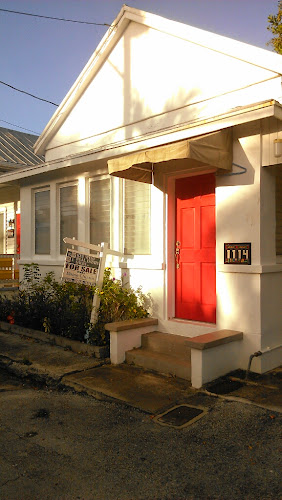 Recycling has come to the Southernmost City. It seems green bins with yellow lids were aethstetically challenging to city residents who resisted recycling for that reason we are told. So the city got blue bins in the hope that dismal recycling rates will improve and save the city some waste management money. I can't say that these blue bins are particularly pretty but happily I live in the county and cope manfully with small bins like the one seen in the background in the picture below. I have two and if I have more recycling I fill a cardboard box and put that out. Waste Management's single stream recycling program is very accomodating. 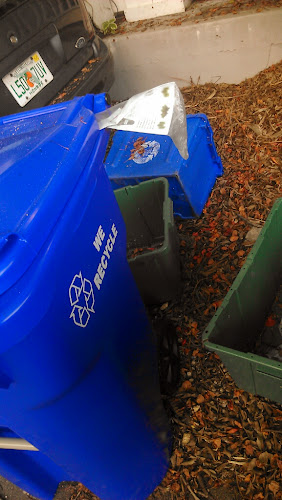 The thing about walking around Key West with a camera is that sometimes you feel like you have taken too many pictures of certain places or things. I figured this octopus has been in the blog quite enough but then I also figured it has been a while...and the paint has been refreshed...and Cheyenne doesn't give a toss about it which I liked...so here it is, on Catherine Street. Still. 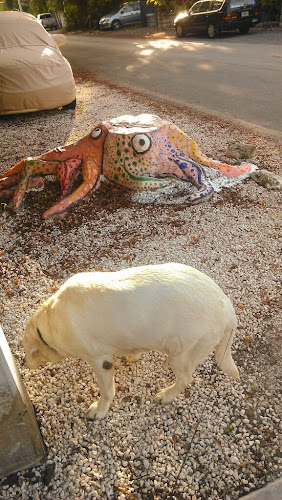 I thought I'd close with a picture of a possibly typical Key West houses, if such things exist or could be called "typical" such is the variety. I liked the green paint and the massive greenery, hedge and trees surroudning it. I like my tree house on stilts with lots of trees around it. 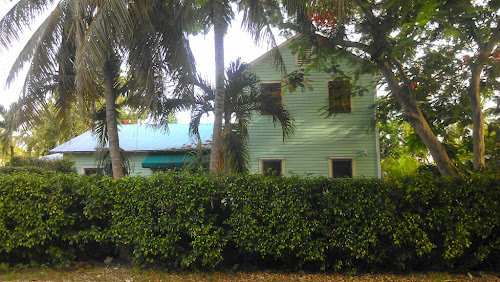 On the subject of trees  I must confess I haven't been around this corner of Royal Street in a while so I was slightly surprised to see the arboreal nudity at this corner: 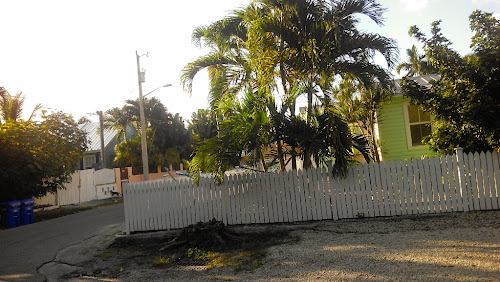 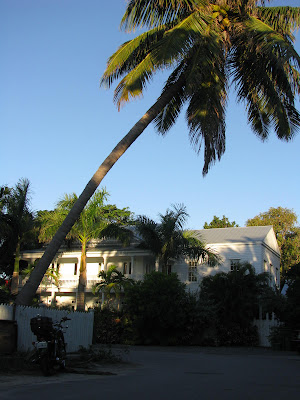 I suppose the tree was leaning a tad bit too much...shame it had to go though.