Even I in my cultural cave have heard of the Jersey Shore. Permit me to astonish you, I rode my Vespa through here in May 1981 on my way to Key West, though I remember not very much of the place, nor do I have pictures to prove it. My awareness these days of the delights of the Garden State is gleaned mostly from watching HBOs The Sopranos, thus I can confidently say New Jersey is a mystery to me. However looking out across the acres of parking lots while enjoying the preposterous 25 mph speed limit on Central Avenue in Seaside Park, a crushingly slow speed heavily enforced, I did manage to figure out that as a vacation destination Key West does look miraculously suave and exotic by comparison. 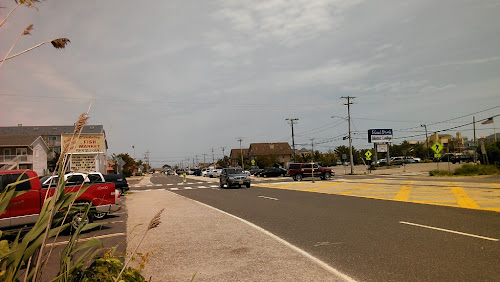 People apparently hole up in these apartments and enjoy the massive sandy beach next door while admiring their rides. I am not a car aficionado but I always please readers when I photograph something like this so I did: 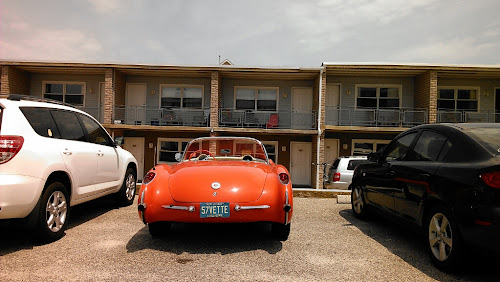 The purpose of this excursion from the gruesome Garden State Parkway and it's infantile 65mph speed limit roundly ignored by all was to have lunch. Jack Riepe instructed us to meet him here, so we did, like contract killers for the CIA. I naturally managed to get completely turned around so when my wife went ahead while I walked Cheyenne I marched confidently into the fish market. Clearly not a restaurant so I tried again. There was a nice lady bartender in the downstairs bar and she redirected me to the large sign that indicated the restaurant was upstairs, where it had been lurking all the time. 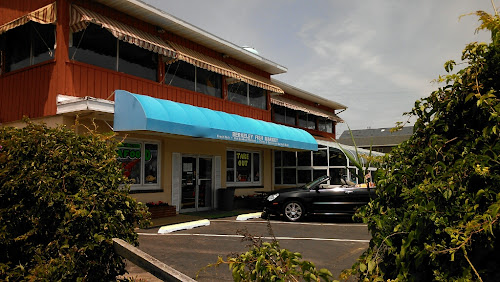 The young waitress managed Riepe masterfully entering into his Jersey conspiracy with the big smile of a waitress bored by the sincerity and puzzlement of ordinary patrons who were just looking for food. 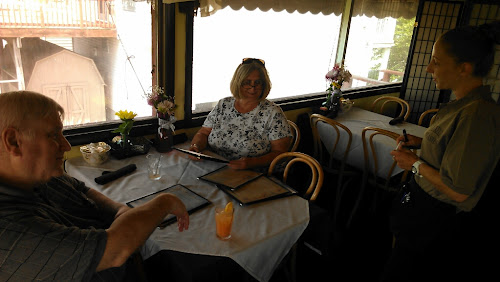 Jack Riepe of Twisted Roads fame wanted to introduce us to the delights of New Jersey seafood, much of which we've never heard of before, never mind eaten. Crab cakes? Sure we know those, and these were good of course, but here we were on familiar ground. I loved the decor of the Berkely Seafood Restaurant... 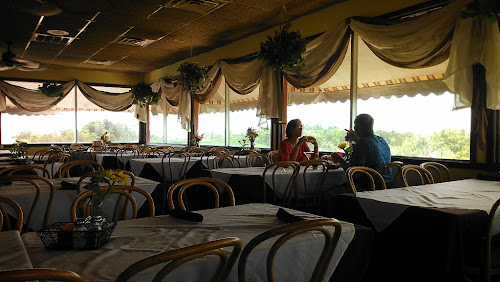 ...and ladies that lunch showed up too which completed my delight at the place. 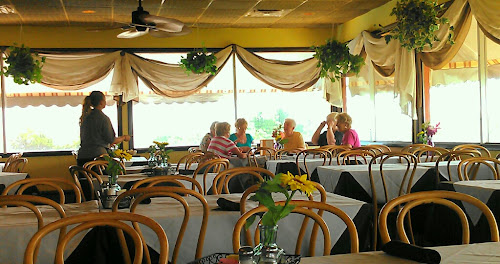 Jack ordered oysters which my wife enjoyed though I am reluctant to eat live raw animals. Cover them in spinach and cheese and grill them, and I'm in. Raw they look like, and taste like snot. 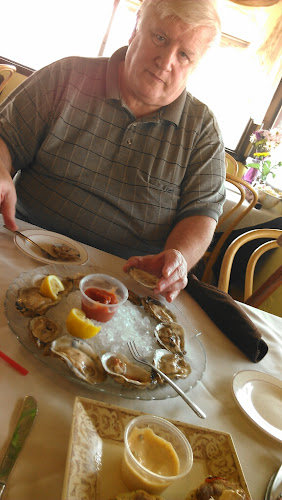 Then came the appetizer we had been waiting for, piss clams nectar of the Gods we are told. I nearly had some at DJs on Duval once, Key West Diary: Clams And Cronuts but I didn't and failed to realise what I was missing. The salesman at DJs was no good at all. A clam's a clam, right? Think again and try these things. 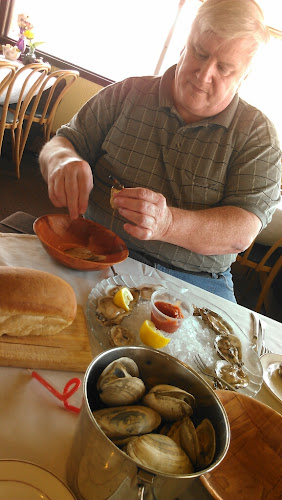 Jack instructed us in the fine art of removing the cover, dunking the steamed clam in the broth to remove impurities then dunking it in molten butter to ...add fat/enhance the flavor. I followed suit. 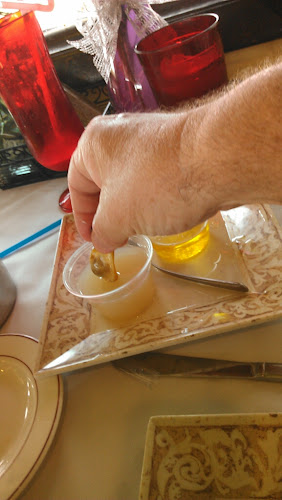 Oddly enough they were delicious and I will look forward to some on Duval and seeing if they match the real thing which I now have experienced. Then we tried something called basa fish which is reputedly popular in New Jersey and Vietnam? Aren't I surprised there is controversy surrounding this fish and how it's raised and so forth. It's an odd creature and I'm not sure I'd eat it again, but we enjoyed it. It has a strange jelly like consistency, not flakey and a milky mild taste. Supposedly it is of the catfish family and that makes sense in retrospect. I love trying new foods! 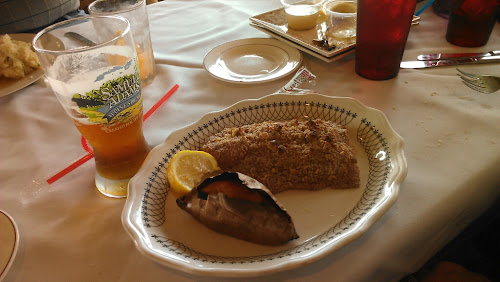 Jack ordered soft shell crab and we tried it. It's crab, fair enough, and tasted good even if it was fiddly to eat. I'd try this again for sure. Looks odd though. 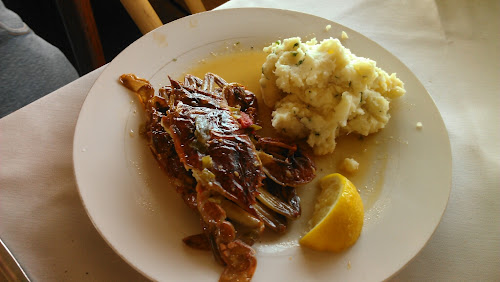 Our waitress was a delight all the way through. Nice woman and a great server, with a fine sense of humor, needed when Jack is employing his battered bay seal look (copyright reserved). 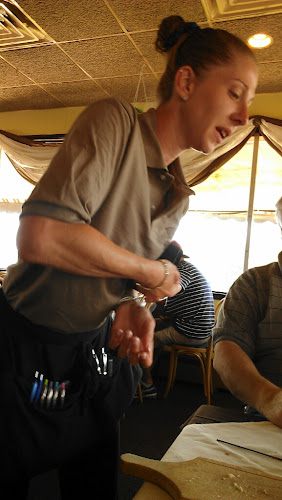 I took a few shots of Jack as he kept us in stitches with his stories of love gained and lost and the ten dollar tip to the manager of London's swankiest hotel for discreet services rendered. Then I figured these pictures record the maestro at work. Priceless. 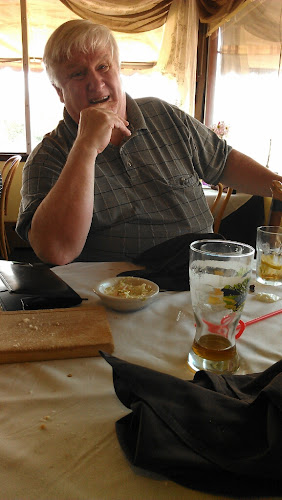 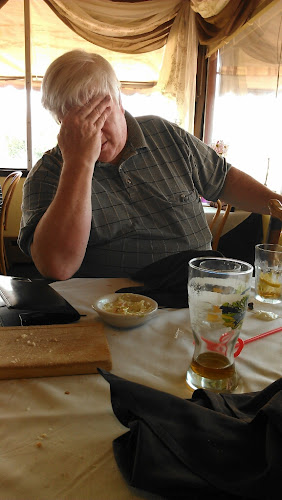 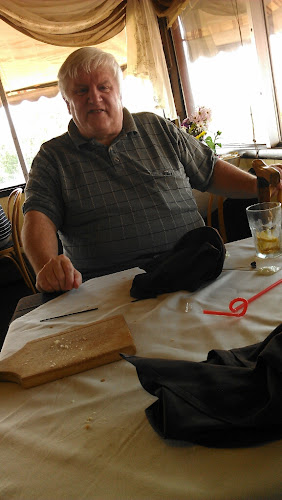 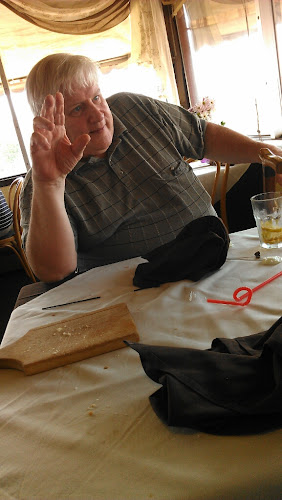 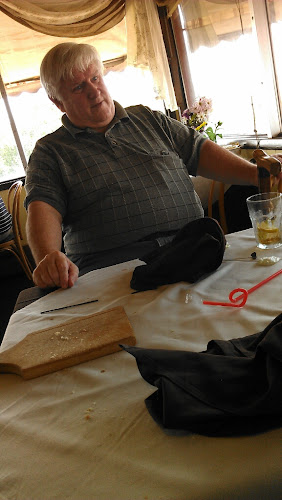 We stumbled out into the sunlight, me having refused chocolate pudding on the grounds, reasonable I thought, of feeling stuffed. The lovely Jersey Shore, from upstairs. 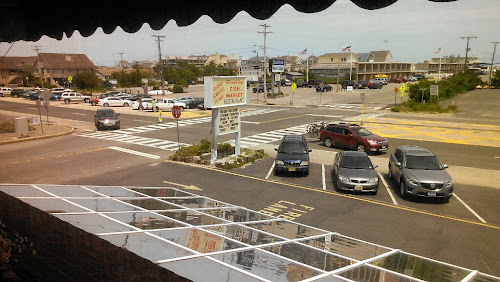 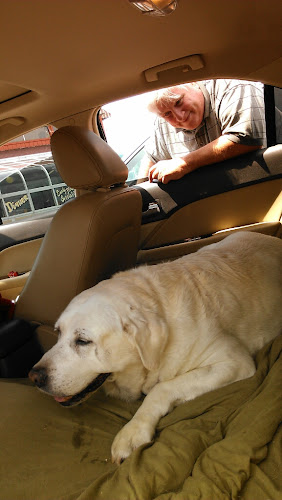 It was lovely seeing you Jack, thanks for the food and the laughs. 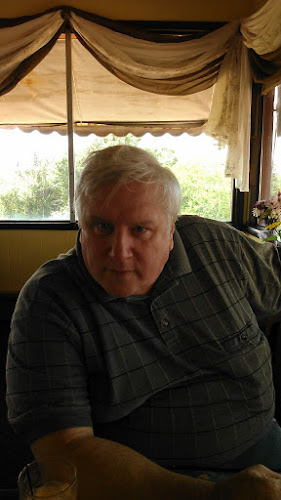 Order his book and you will have an idea of how delightful our lunch really was. It's selling like Jersey Shore crab cakes, and it's twice as good. Conversations With a Motorcycle by Jack Riepe | McNally Jackson Books