The Dali Museum in St Petersburg has for a while now been offering alternative surrealist views of the world by offering exhibits of other artists with similar ideals and visions. The latest is the Spanish painter known to the world as Goya. 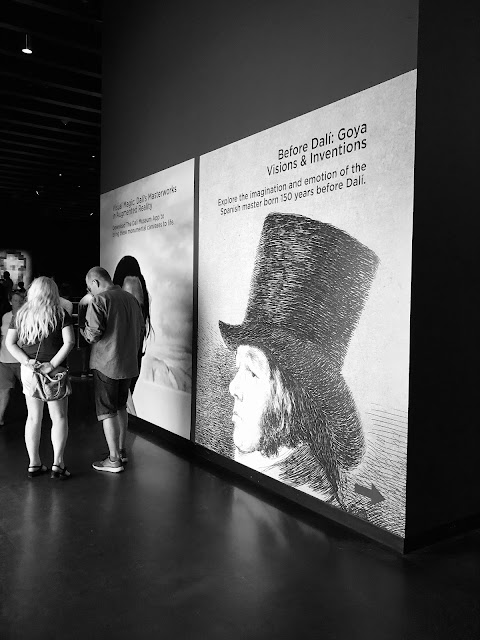 "Francisco José de Goya y Lucientes (1746-1828) is one of the most important Spanish artists of the late eighteenth and early nineteenth centuries, celebrated for his revolutionary paintings, drawings and engravings. Goya’s life and works deeply influenced Salvador Dalí in his early years, and are considered by many scholars to be the basis for “modern” art, bridging Classicism and Romanticism. Before Dalí: Goya – Visions & Inventions, sponsored by Tampa International Airport features two alternating suites of first-edition prints, published in Goya’s lifetime, alongside three significant paintings representing unique themes of Goya’s works. The works are on loan from the Meadows Museum, Dallas, TX, home of one of the most substantial collections of Goya." 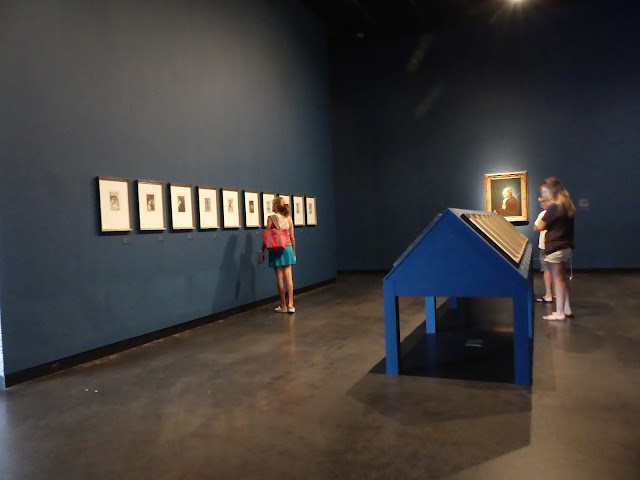 The exhibit was laid out in three rooms, with a huge number of small sketches called Caprichios of which Goya  sketched 80 in his lifetime. He had to withdraw them at one point as apparently the Inquisition took a  turn against them. And you can see these drawings are incredibly modern in the context of an 18th century artist. 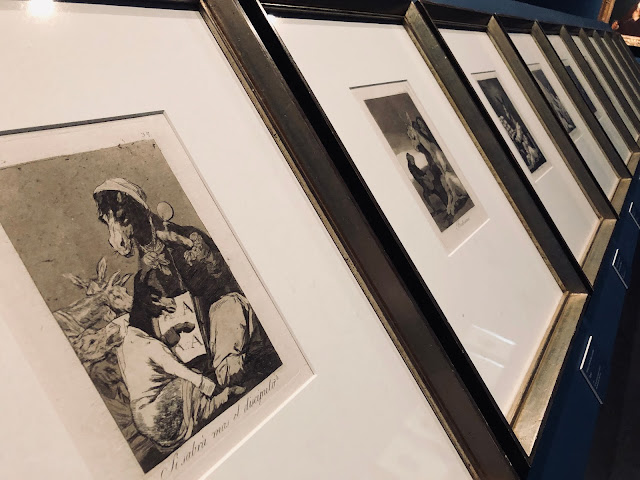 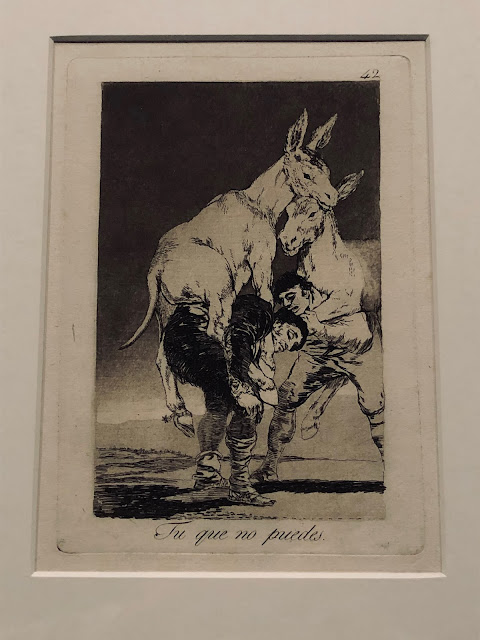 You who can't is above and the beautiful teacher is below. Make of them what you will. 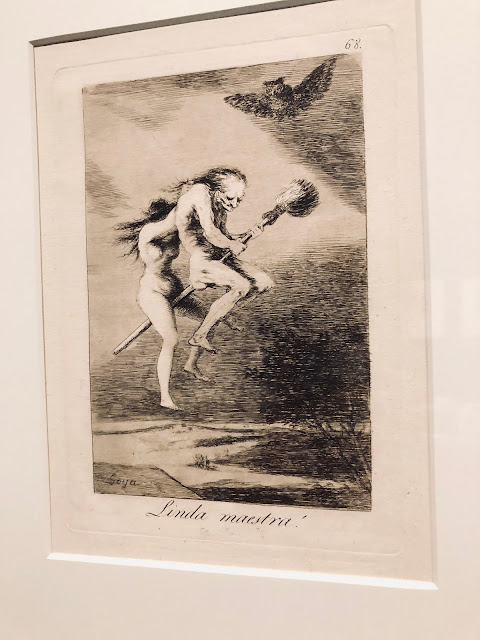 They flew, below put me in mind of drug smugglers carrying their marijuana bales though I doubt that was the original intent. 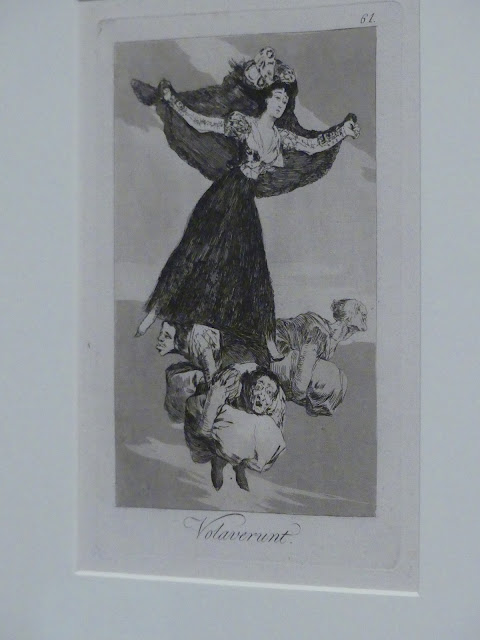 The pity of the exhibit was that there were but two paintings, a portrait of a courtier and a still life of dead ducks. Apparently Goya liked to hunt and these, his victims were a celebration of the sport. 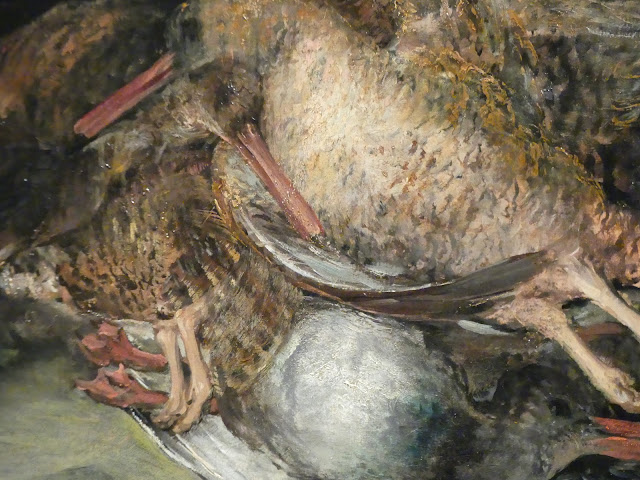 May God forgive her, and it was her mother he wrote of the Caprice below commenting on the lack of generosity by the young woman. 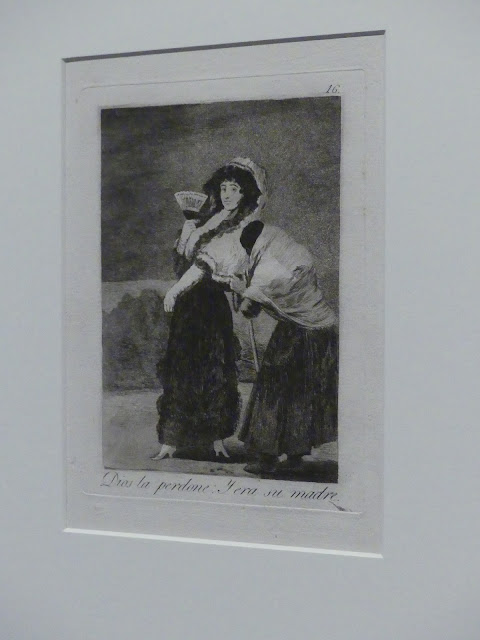 Goya was a complicated man as evidenced by his Wikipedia biography and he was not inclined to hold back:
"Goya was appointed court painter to Charles IV in 1789. The following year he became First Court Painter, with a salary of 50,000 reales and an allowance of 500  ducats for a coach. He painted portraits of the king and the queen, and the Spanish Prime Minister Manuel de Godoy and many other nobles. These portraits are notable for their disinclination to flatter; his Charles the Fouth of Spain and His Family is an especially brutal assessment of a royal family. 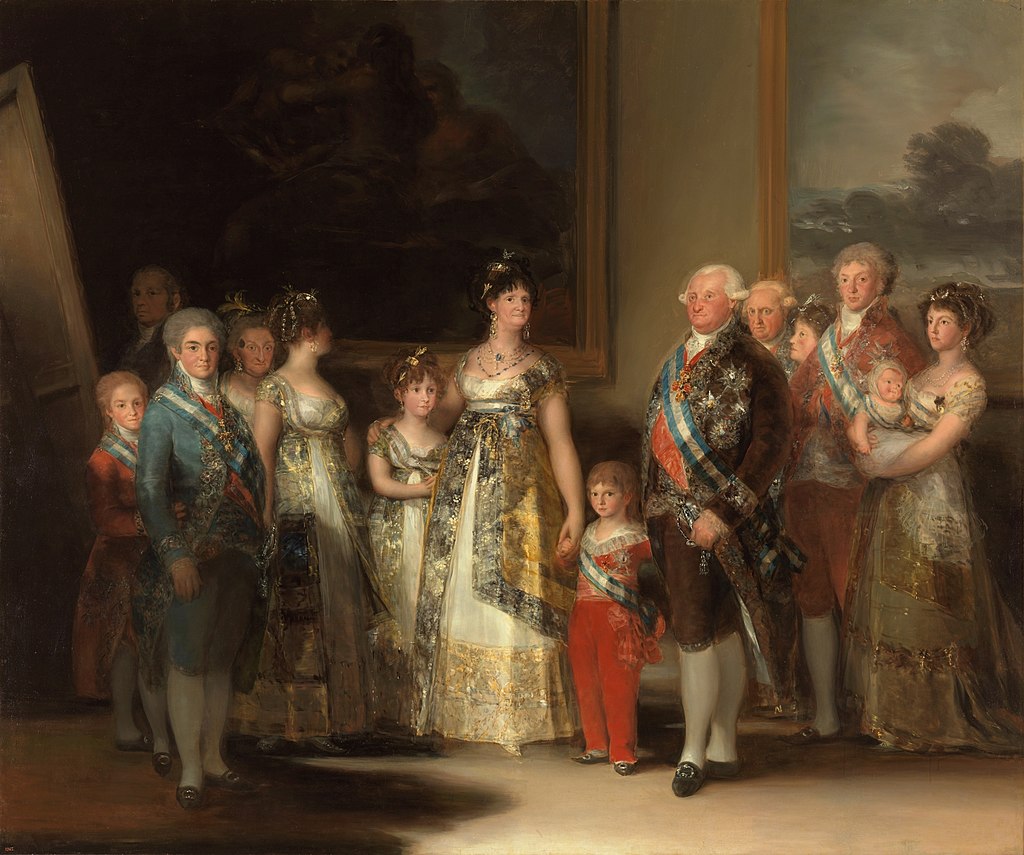 Modern interpreters view the portrait as satirical; it is thought to reveal the corruption behind the rule of Charles IV. Under his reign his wife Louisa was thought to have had the real power, and thus Goya placed her at the center of the group portrait. From the back left of the painting one can see the artist himself looking out at the viewer, and the painting behind the family depicts Lot and his daughters, thus once again echoing the underlying message of corruption and decay." 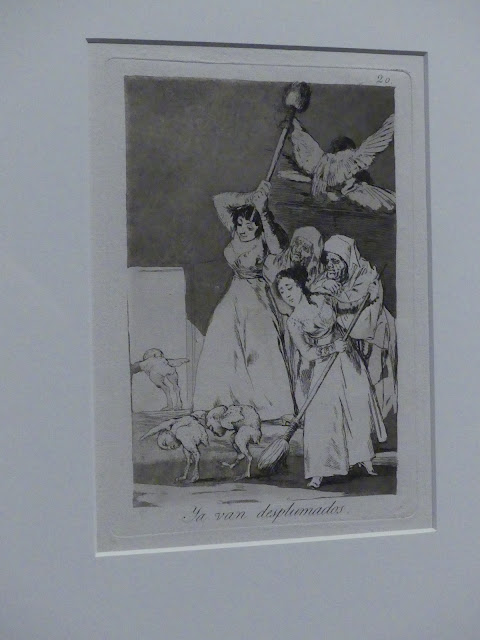 They were fleeced is the above sketch, while the title below is Hush. 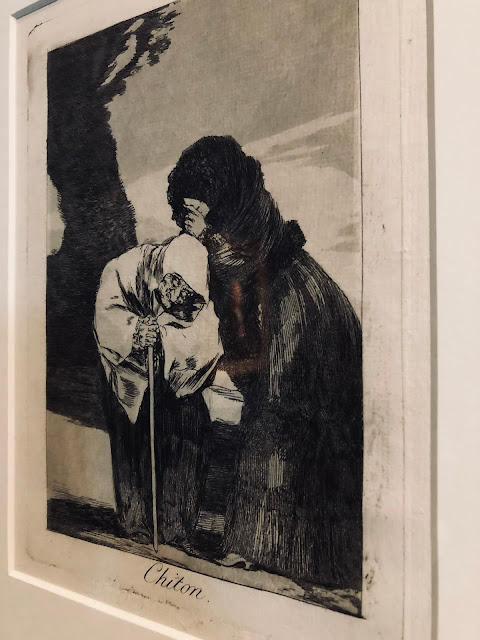 And below the suitor and the object of his affection is Who is most repulsed? It takes a second to understand the double meaning. 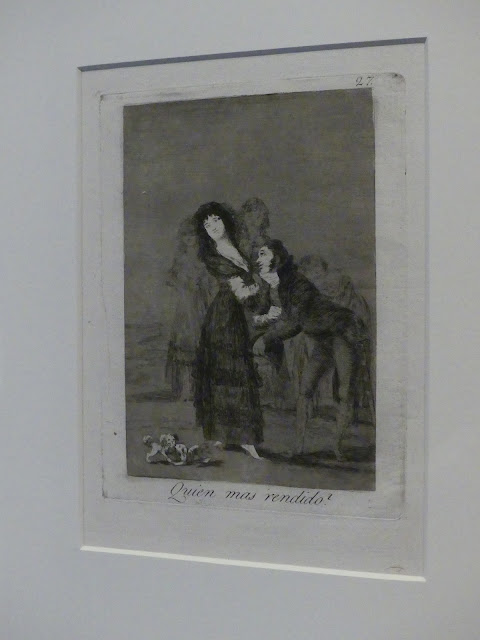 Hunting for teeth below refers to the woman stealing valuable teeth from the executed prisoner left on public display to encourage everyone to behave. As repulsed as she is the teeth must be worth a lot to her. 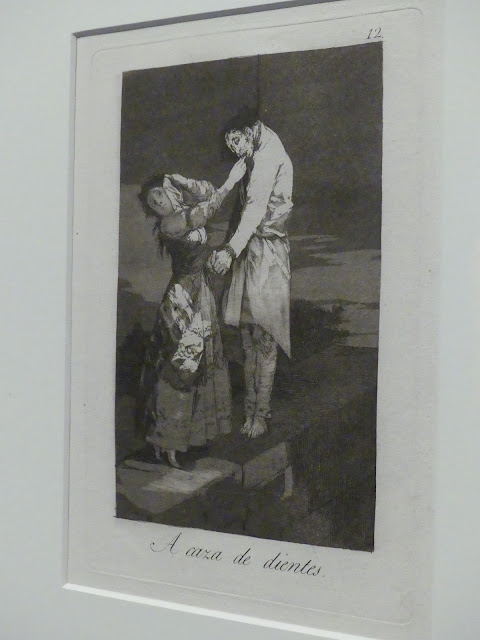 Goya himself looked o be such a straight man, dare one say normal, not at all like Dali who dressed himself up to look spectacular. I enjoyed the exhibit and honestly I wanted more. 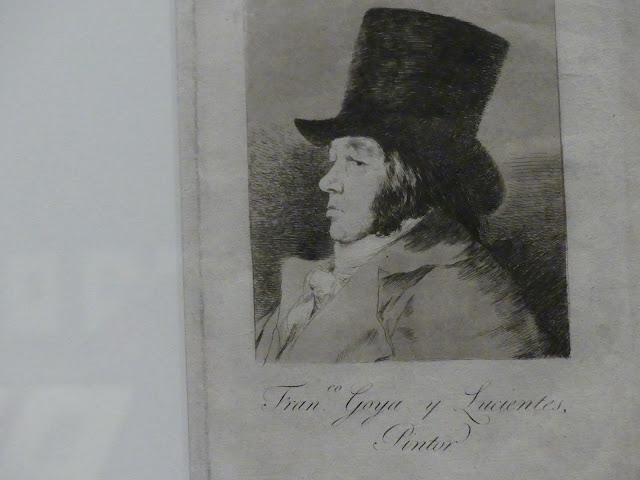