Look at that pitch black sky: 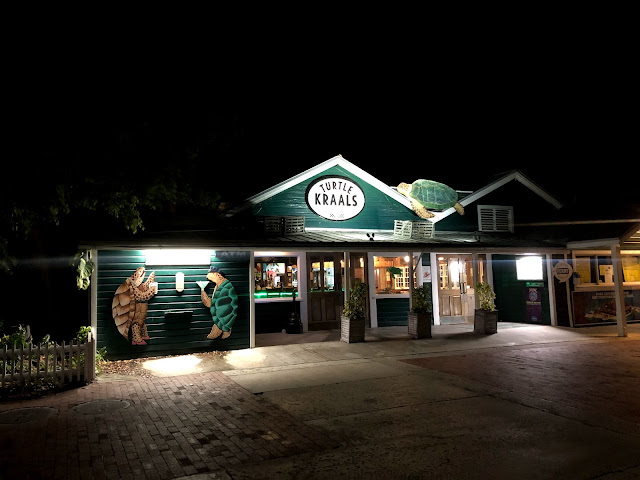 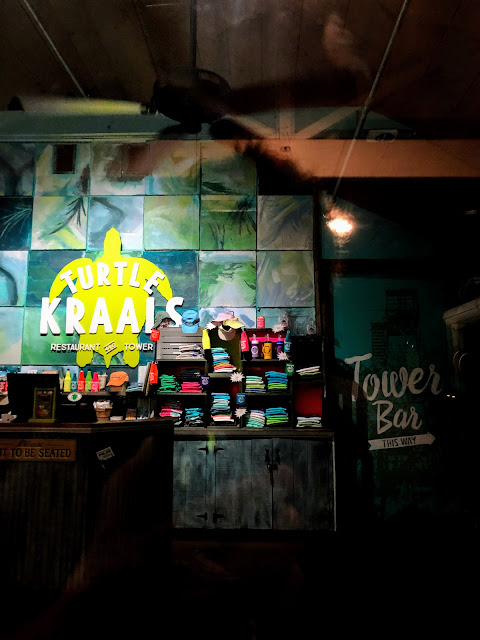 Another early morning start for Rusty and I: 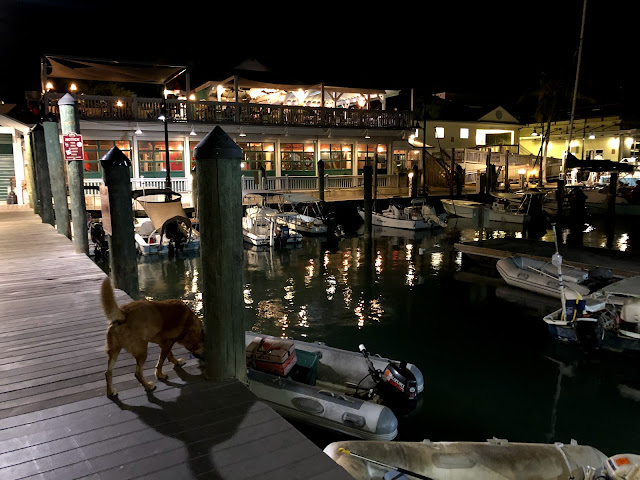 A quick patrol around the docks: 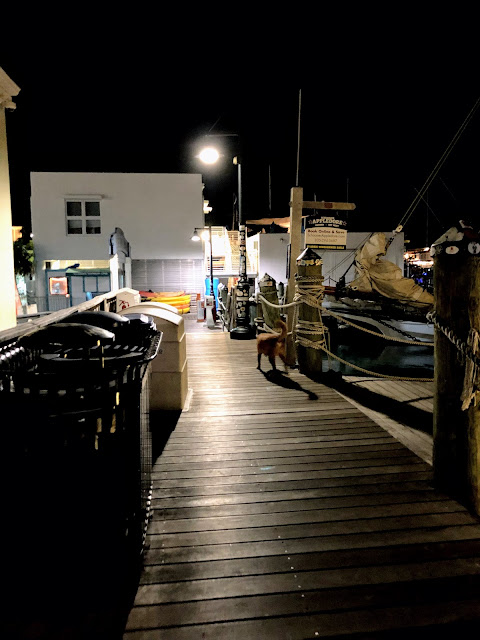 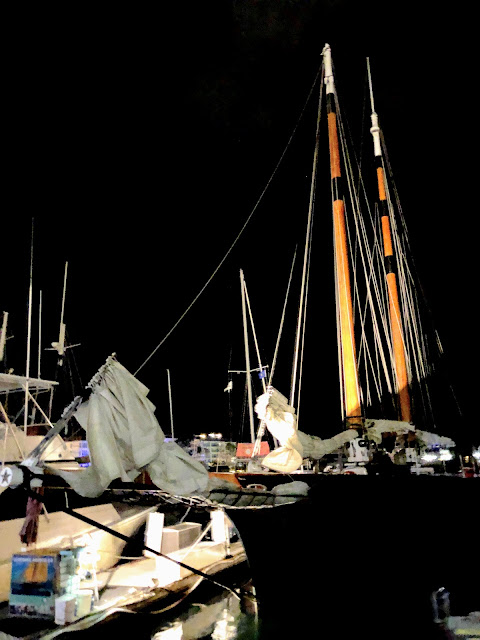 Then Greene Street ast the pizza and ice cream shop: 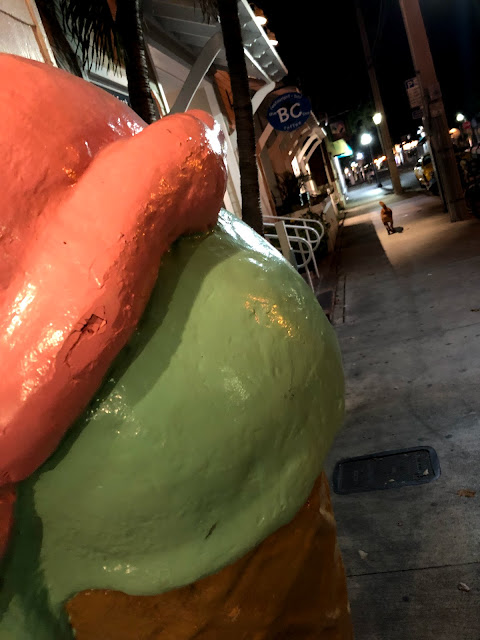 The wold famous bar I have never been inside: 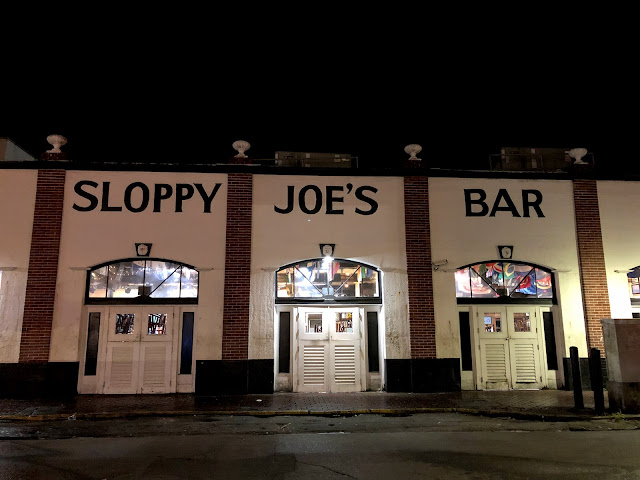 The Green Man on Greene Street: 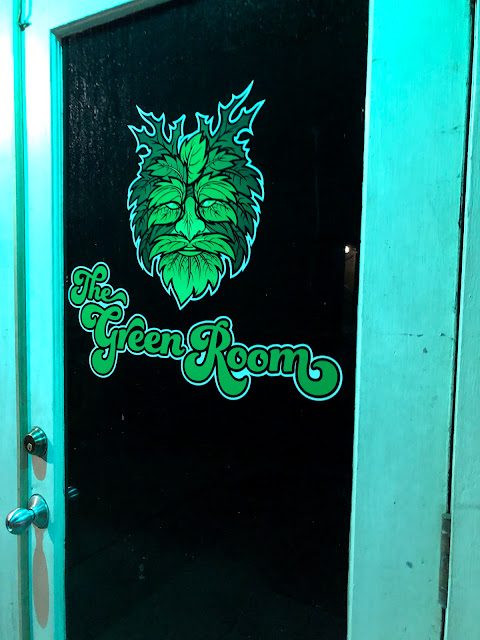 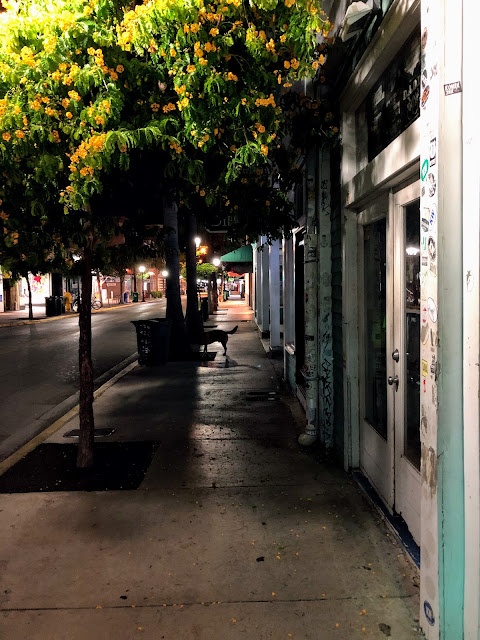 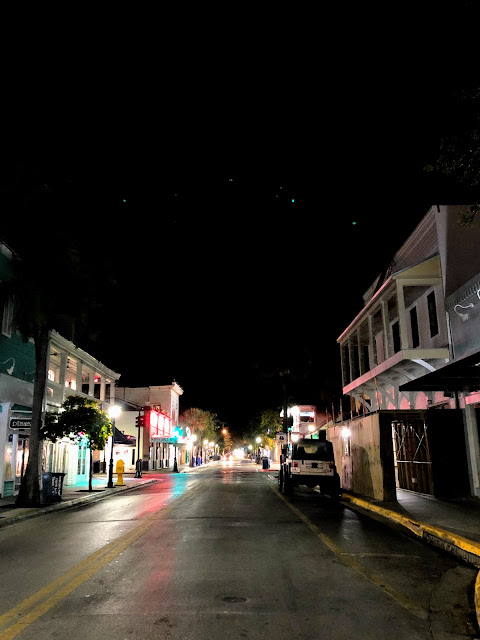 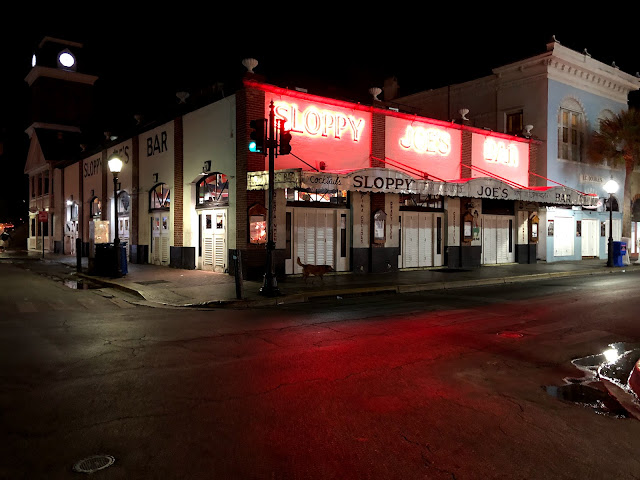 The empty parking lot lit as bright as day on Simonton Street: 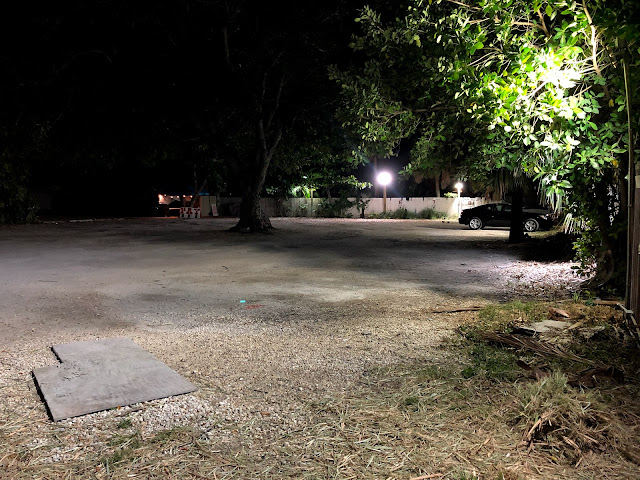 Pardon Greene and John Simonton where two of four Americans (John Fleeming (sic) and John Whitehead were the others) who bought Key West from Juan Salas who got the island as a reward from the King of Spain. Then he sold it again to another dude which provoked  a lawsuit before the four partners secured their island which they developed sight unseen. 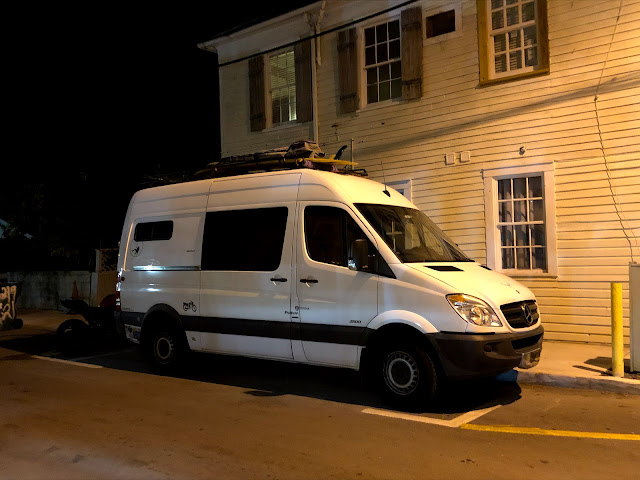 A stroll back to the car up Caroline Street... 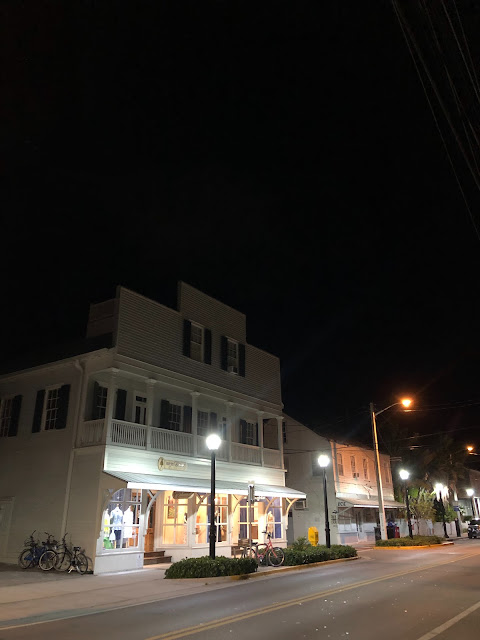 ...and then a pause at the dog park on Trumbo Road to watch the sun come up: 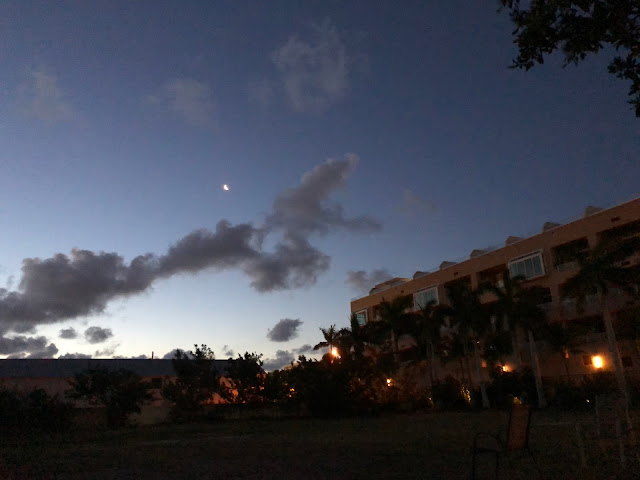 Rusty was tired and not much into the empty field: 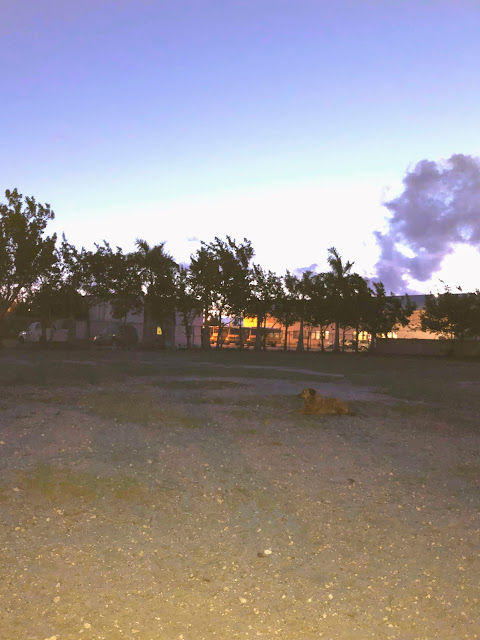 Back in the car and home to sleep. 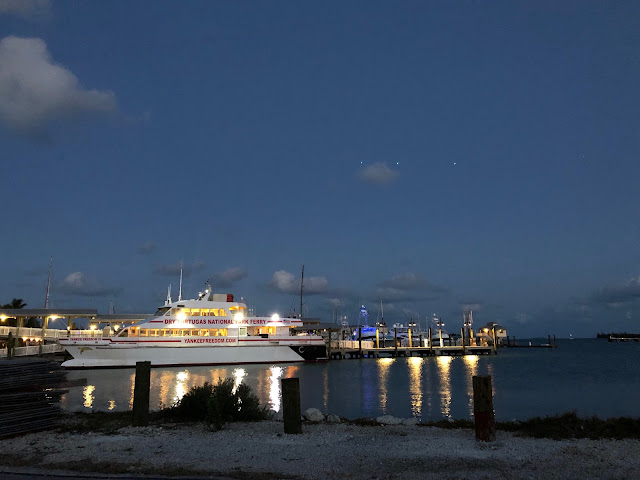 Another fine morning's work.
Posted by Conchscooter at 12:00 AM 1 comment: