Every time I  cross paths with Mallory Square I am forced by my peculiarly wired brain to think about the name. Stephen Mallory? The Secretary of the Confederate Navy? What a strange choice of historical figure to commemorate even if his mother was a much respected widow, described as the first woman settler in Key West in 1823. 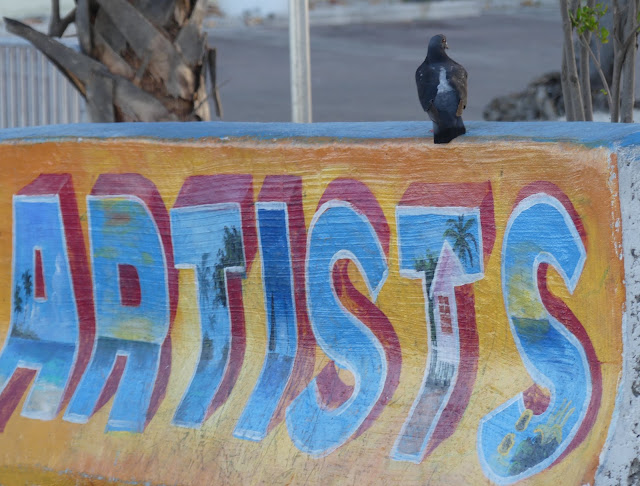 Ellen Russell emigrated from Ireland and met Mallory in Trinidad and had two sons. Her husband died from consumption in Key West and their elder son also died shortly thereafter of causes not recorded. Stephen Mallory grew up in his mother's boarding house, the only such place in Key West before the Civil War and she sent him Up North to get an education and become a lawyer. She died in 1855 and din't get to see him join the losing side. Still he gets the square named for him. 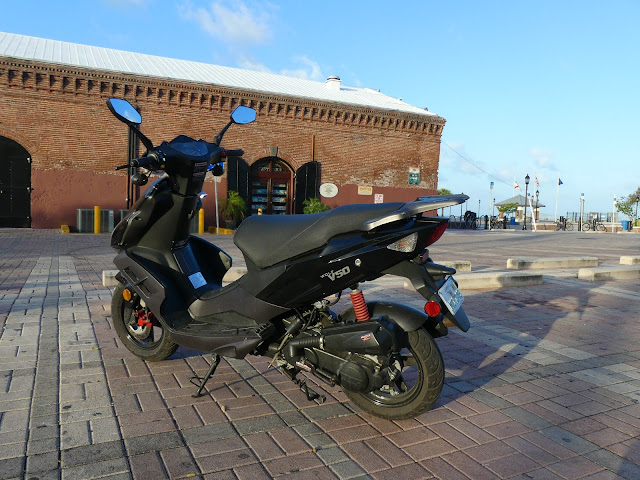 Mallory Square in those days was called Tift's Wharf after Asa Tift who was a merchant and wrecker of fearsome repute in Key West. He still has an approach road to Mallory Square named for him, Tift's Alley. As usual there are only so many wealthy and influential people to go round so their names tend to pop up more than once. 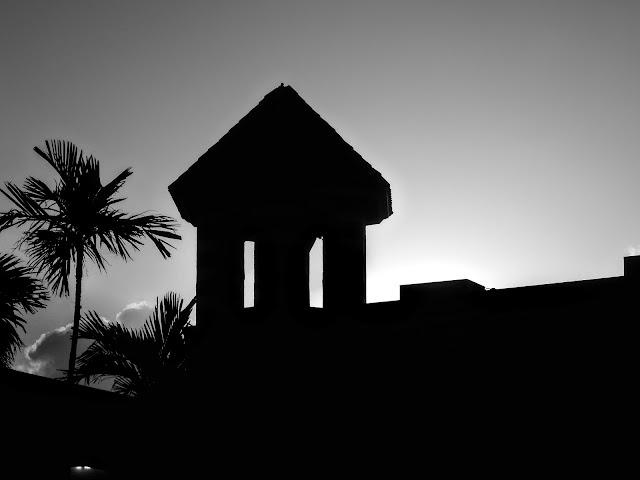 The Pez Garden is where the history of KeyWest is on display, behind the fence. The wall is where homeless people hang out and pass the day. 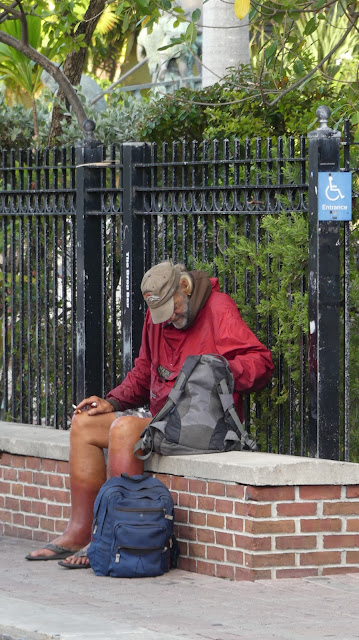 It's an odd mixture of people, eager tourists, lots of attractions, and then there are the hopeless, the crazy, the destitute, all mixed in. The city offers services of all kinds, food and communal shelter, but there are those who simply want or need to live on the streets. 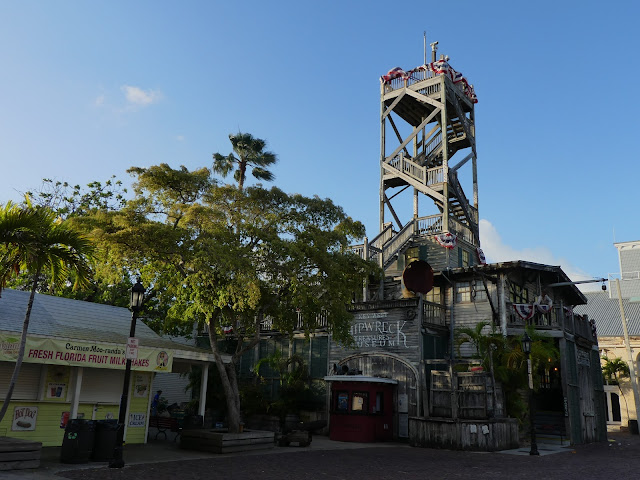 And the other early morning denizens are the ones getting the attractions ready, the not so glamorous  work of clean up: 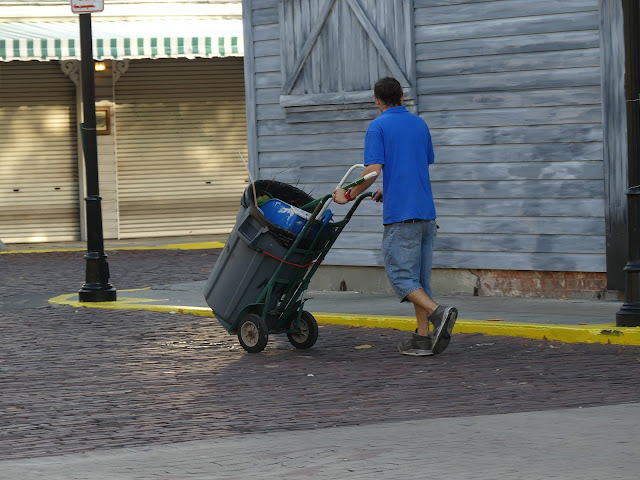 I enjoy the early  morning sunlight in the streets of Key West and the shadows it casts as well as the way it illuminates the buildings and trees. Walking Telegraph Lane the street sweeper left straight lines that caught my eye. Rusty seemed indifferent: 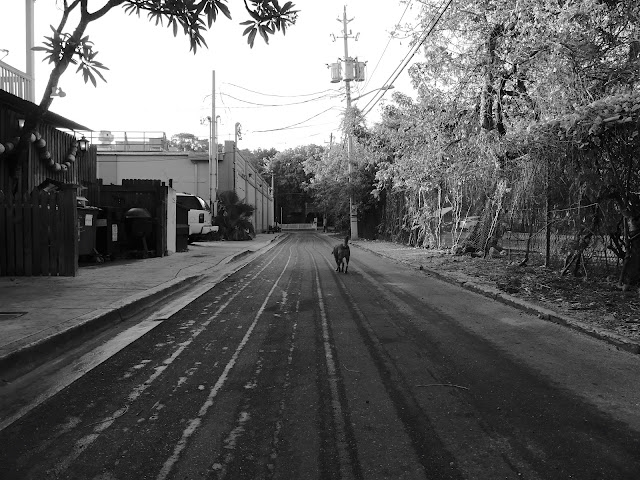 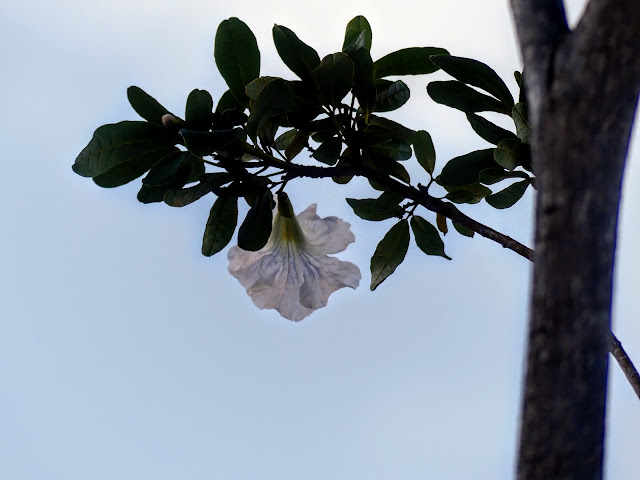 Flowers and a dog. Good enough for one day. 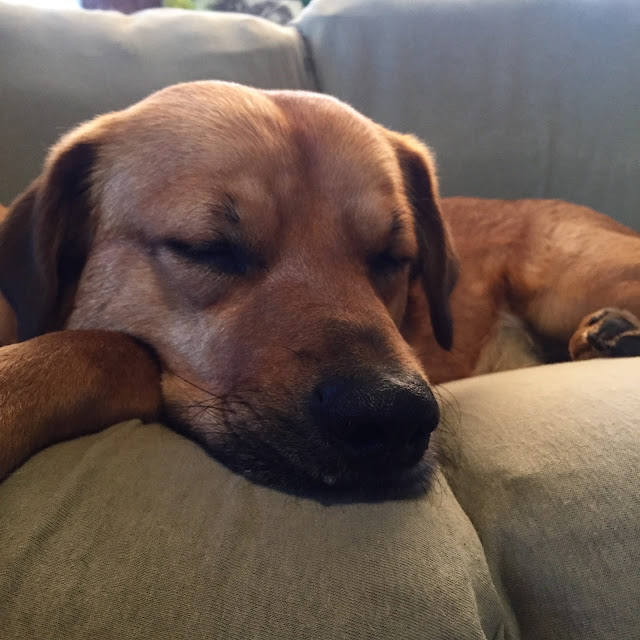