They are gone now but boy was it a gathering of the trailers last week for lobster season. Families ween't in school: they were out chasing lobster. 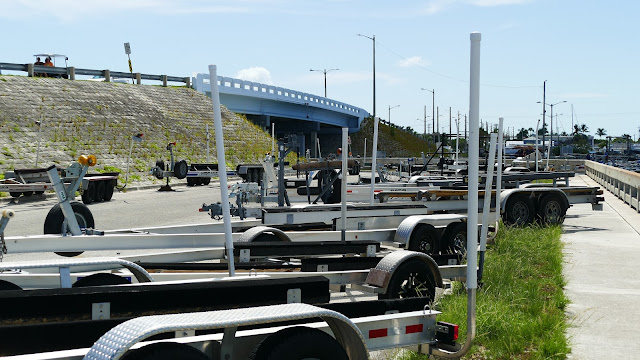 I was walking Garrison Bight  and across a used trailer lot left behind by the hunter-gatherers on the water in their boats. 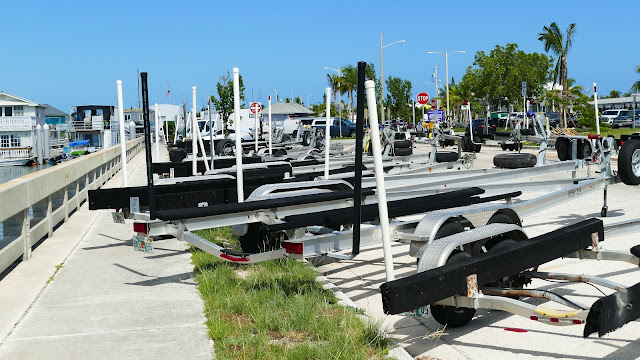 This was just a small sampling of the traffic all around the Keys. My neighbors had a dozen cars on their lot for a few days. Now they are all gone. 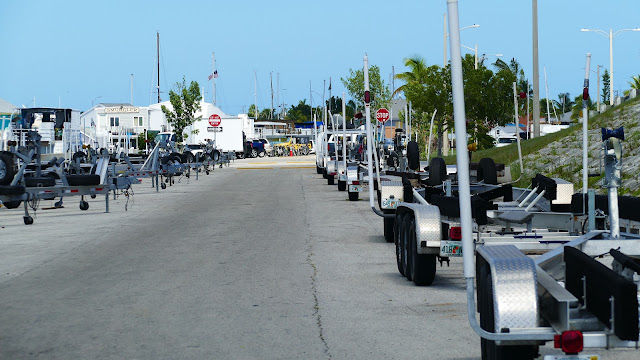 I don't know why you would steal this trailer over all the others but it was one of the few secured with extra chain and locks. 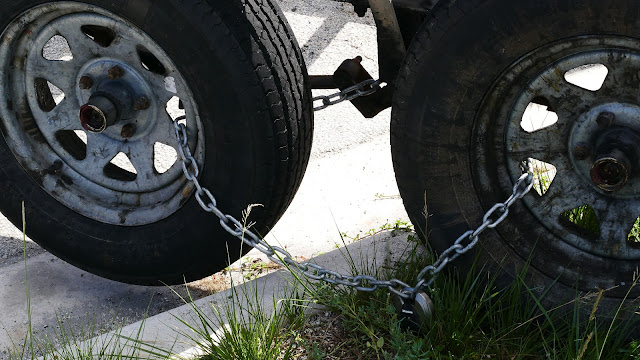 The waters in the basin were actually quite busy with all sorts of boats coming and going. It's called the "Fly Navy Building" thanks to the words stenciled on it but its official name is the BOC - Bachelor Officers Quarters. It's huge and overlooks Garrison Bight but when I was inside once many yeas ago it reminded me a bit of a 1950s  era hotel, strangely out of place in 21st century Key West. 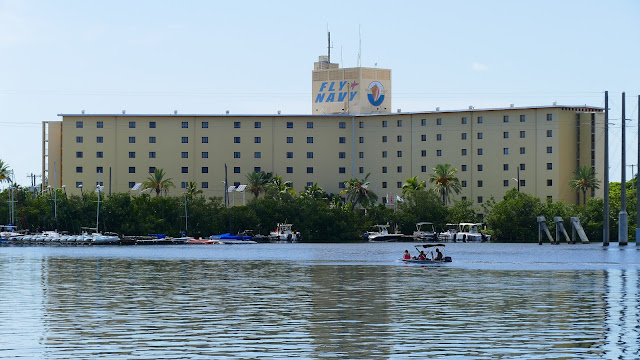 I took the picture below to ask myself if pigeons count as pets? 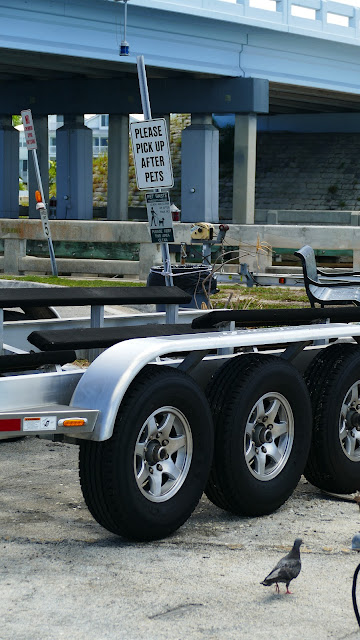 I saw this boat actually on a  trailer and obviouly not much used. It looked sad. 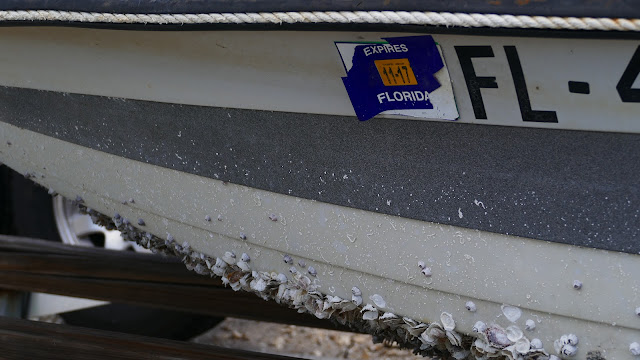 Across the marina I could see the houseboat that has gained a measure of fame thanks to the smiley face on the roof.  I don't know what they go for now but at the height of the real estate boom people were asking more than a quarter million for these floating residences. Sometimes much more. 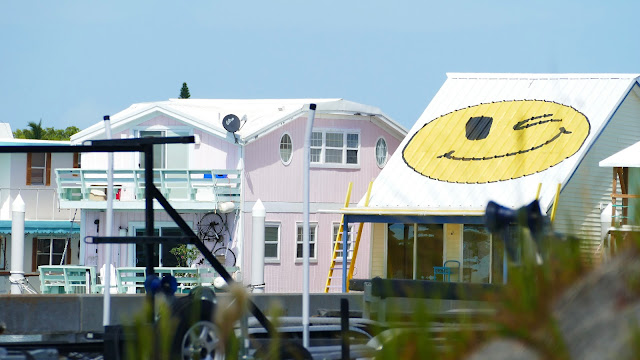 I have to say I enjoyed walking around Garrison Bight looking at the scenery: 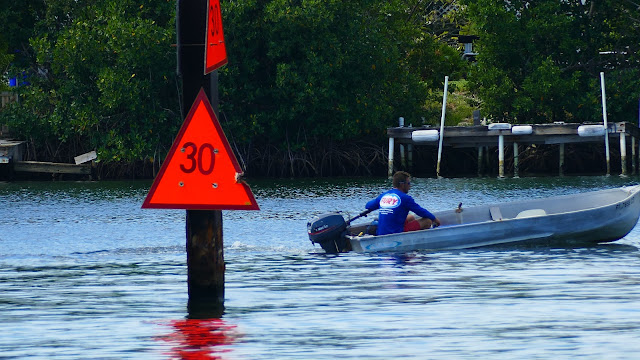 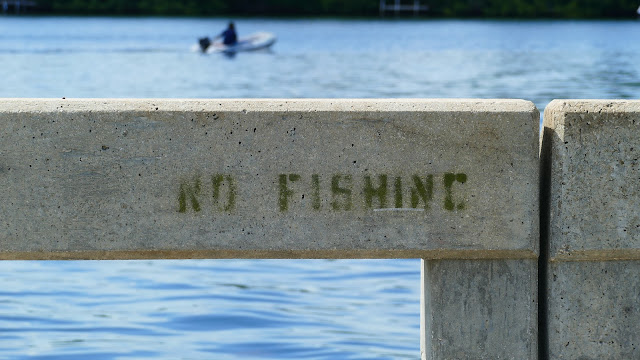 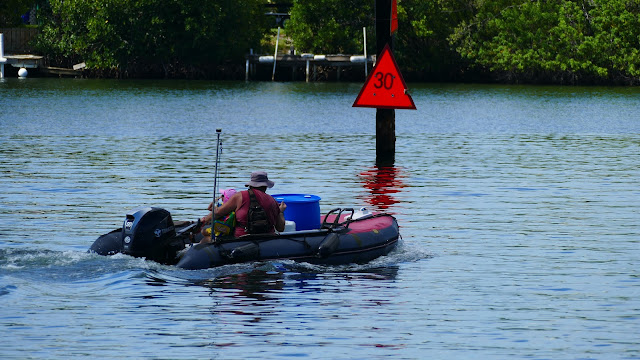 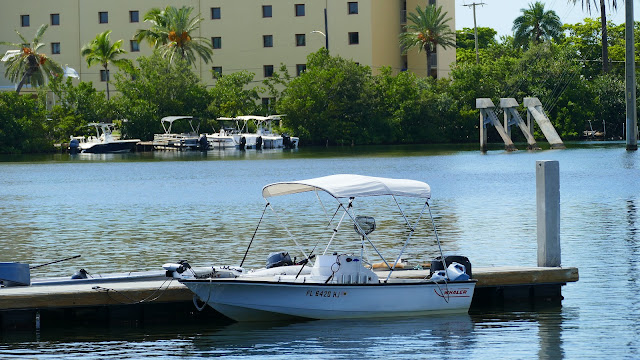 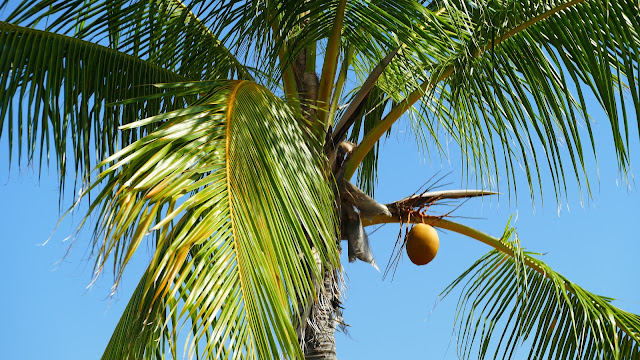 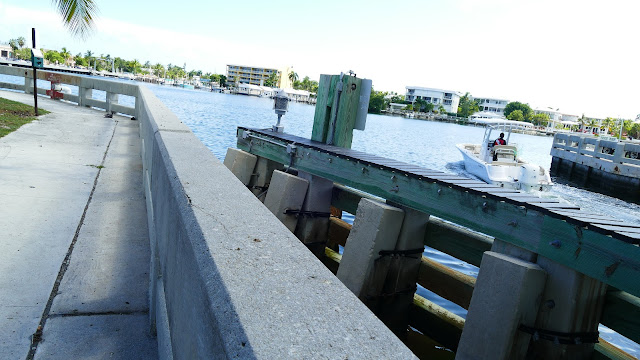 My workplace on the other side of the basin across North Roosevelt Boulevard. I was acutely conscious that usually I look from the second floor over there at the marina over here especially during storms when I am locked up in the police station for the duration. in 2005 I watched Hurricane Wilma flood the basin and raise water levels above the docks. 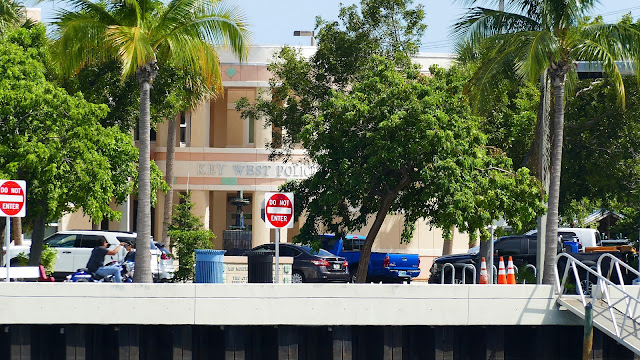 Pigeons roosting under the bridge out of the direct blazing heat of the sun: 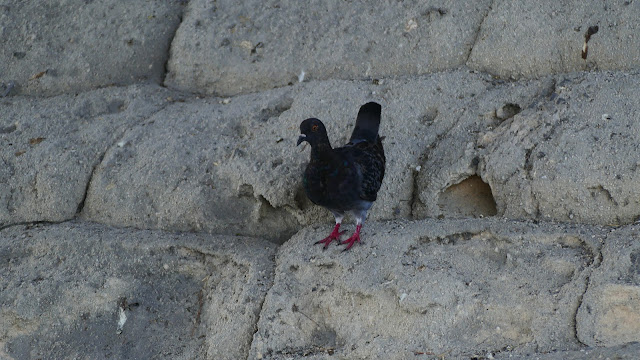 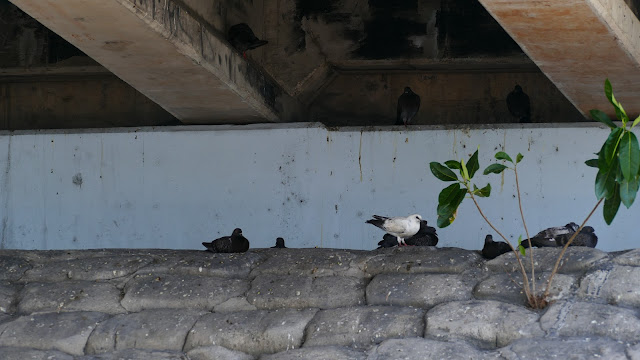 It was a long slow walk back to the car. 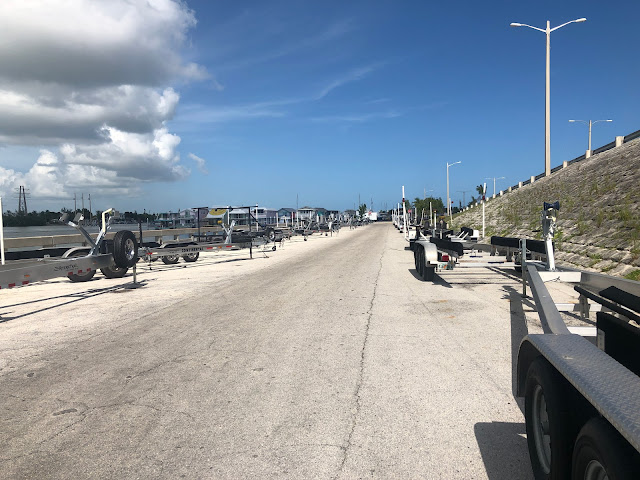