I have no idea what possessed Rusty but on my night off he came to my bedside and stuck his snout in my ear effectively banishing sleep. I had no choice but to load Rusty in the car and take him for a walk. We started from the city parking lot between Waterfront Brewery and Buddy Owen's Fish Wagon: 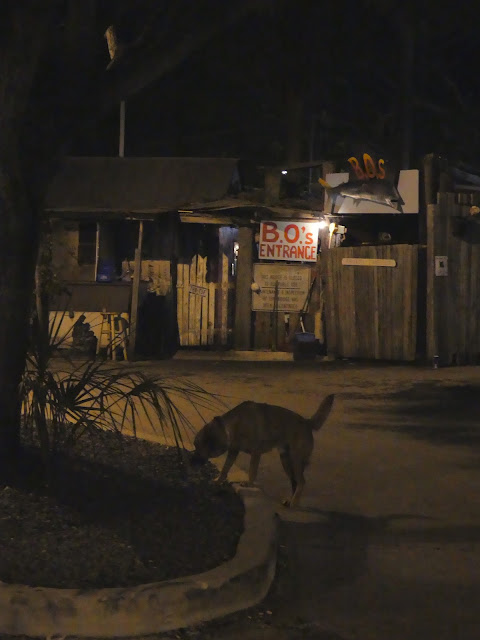 We passed by The Marker the latest development by Pritam Singh, where once there was Jabour's Trailer Park there is now the hotel complex as though there had never been anything else. 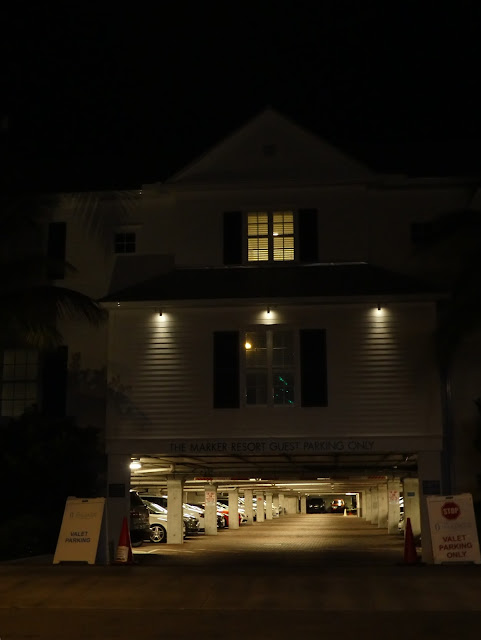 We wandered down Lazy Way Lane and as it was well before six in the morning there was nobody around. I've taken lots of pictures there and I do rather take them during the day as there is a bit more life than a few boarded up shops which is all you see at five in the morning... We got down to the docks and I saw this piling covered in bumper stickers so I thought it was worth a picture. Rusty was off rooting around while I paused. 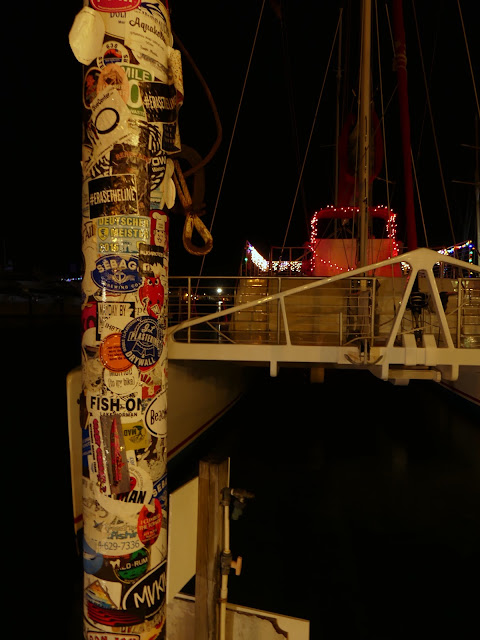 The Gallery on Green an oasis of colors and light in the darkness. Greene Street has gone through a  few businesses over the past few months but this place stays the same...so far: 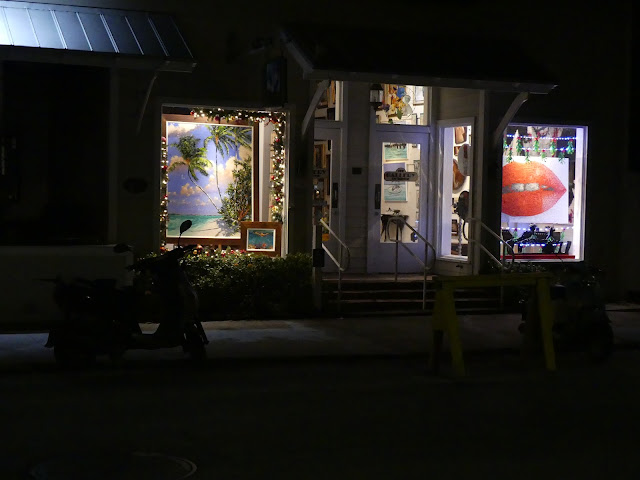 Inside Tattoos and Scars the bar I saw this motorcycle memorabilia: The thing is that night time is a difficult time to take the dog for a walk in the mangroves and downtown Key West is the best possible place to be if you are out and about before dawn. Besides you get time to study window displays which is something I rarely do during my daytime hours. 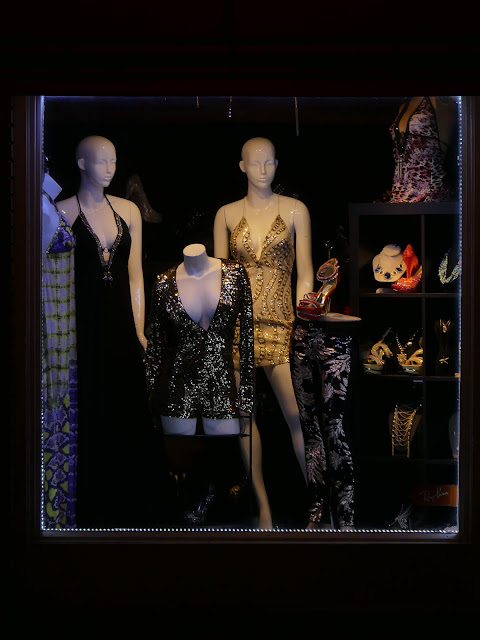 Then again I was quite underwhelmed by the "window display" at the new CVS  on Duval. The steps are still filthy and the windows look like a going out of business sale. So much for sprucing up the 100 block of Duval Street. 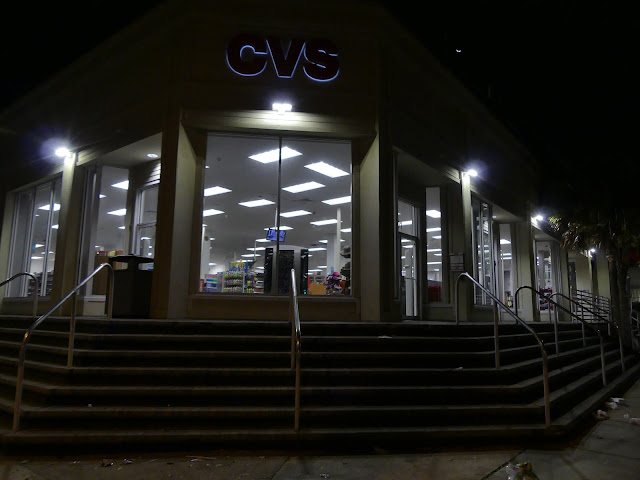 Rusty went all stray dog on me and started rounding up pizza slices. He quite reminded me of Cheyenne. 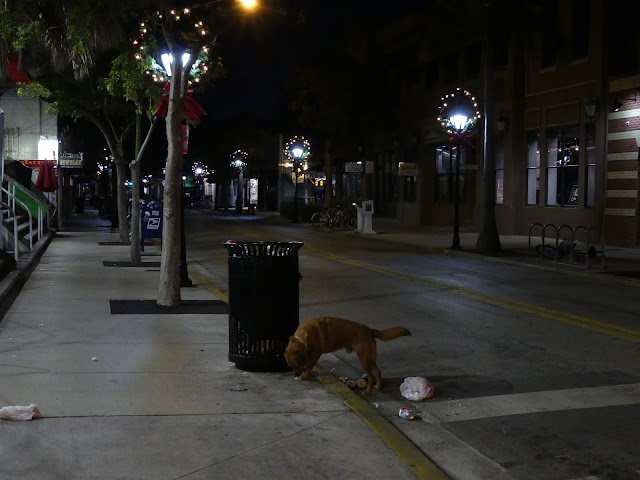 Meanwhile I found a stray cap at Mallory Square, one of Santa's elves running amok presumably, which is easy to do in Key West when you don't have a head for liquor: 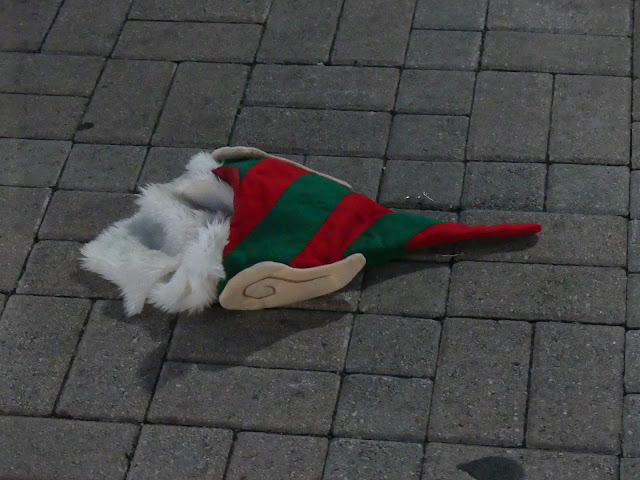 This picture got 30 or more likes on Instagram which surprised me. I shot it from the hip with my iPhone: 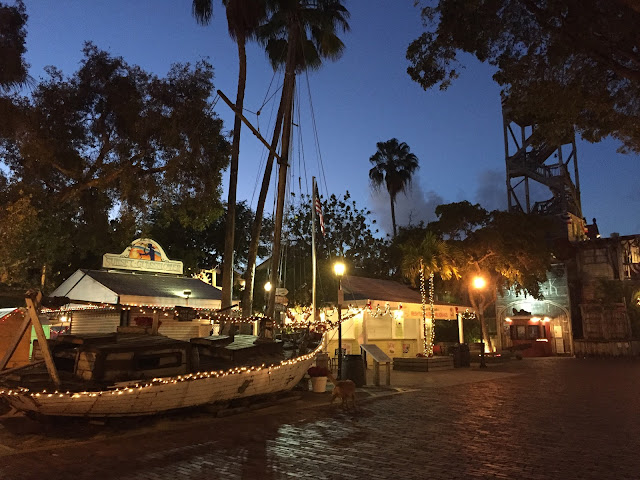 The cause of all the mischief: 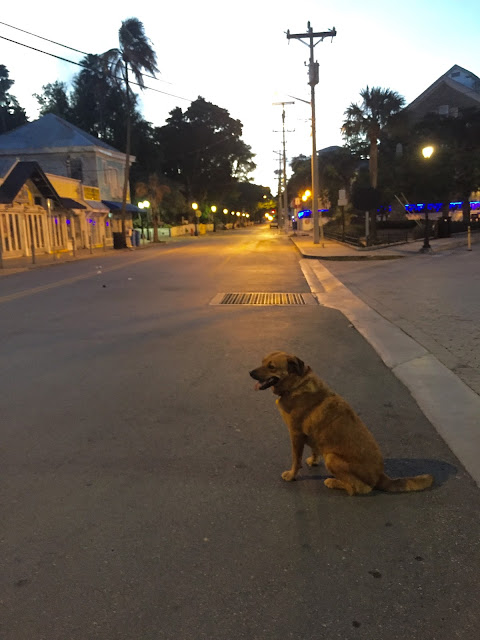 At home he didn't want to nap alone: 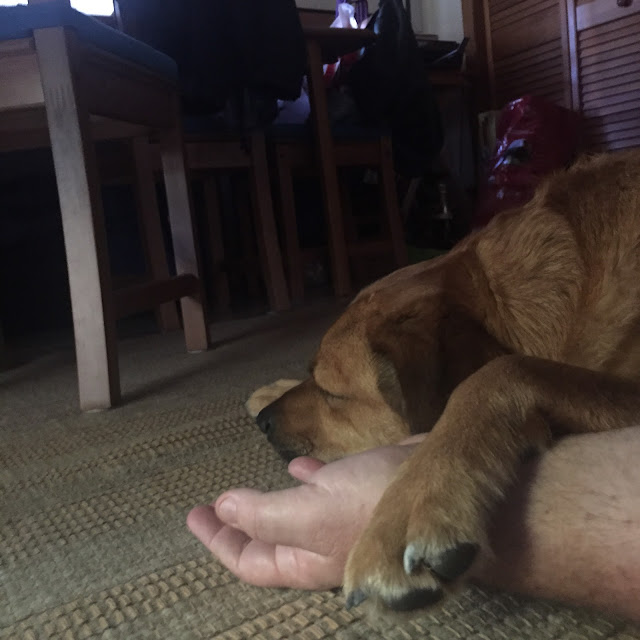