What an odd winter this promises to be in Key West, if not all the Keys. This place depends on tourism and finds itself in conflict between the people who make tourism work and have nowhere to live, and the needs of turism themselves. Outsiders are speculating wildly that tourism this winter will die in Key West thanks to the damage caused by Hurricane Irma, which mostly spared Key West itself ironically, and now we have Fantasy Fest looming, usually a break from the mundane in this town which lately has had nothing mundane to deal with. 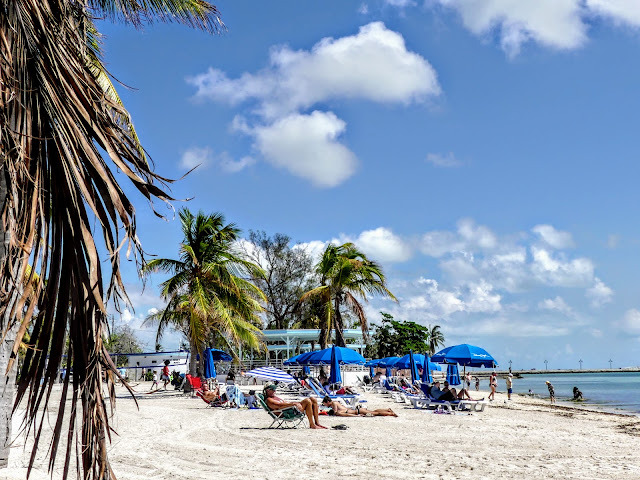 I went by Higgs beach a couple of days ago before the recent spat of rain and it looked dare I say better than it used to. Some inventive soul has adapted the Mediterranean fashion of making people pay to sit on at least a portion of the beach and they seem to like it. 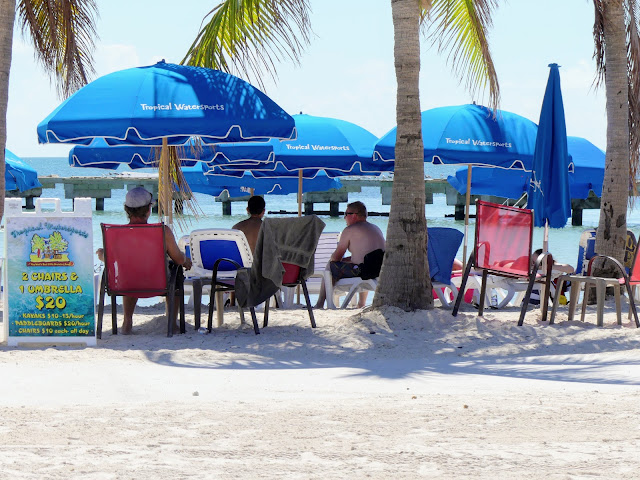 There is plenty of free parking as it were, on the beach for those who want to lay out in the sun on their own piece of towel but the umbrella things seems quite popular. 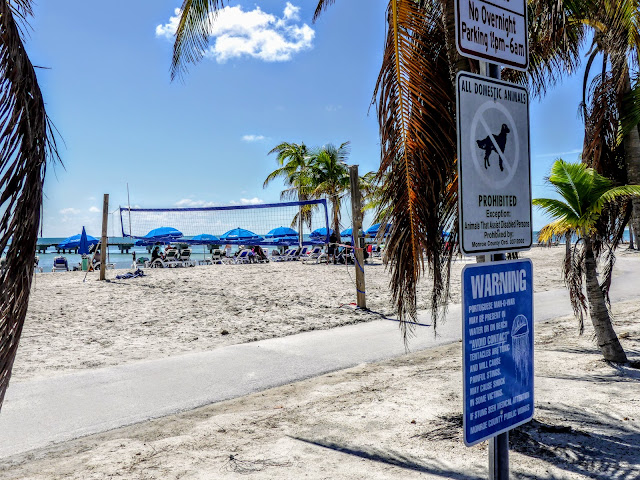 The bandstand is looking none the worse for wear from a  distance at least as though there had never been a Category Four... 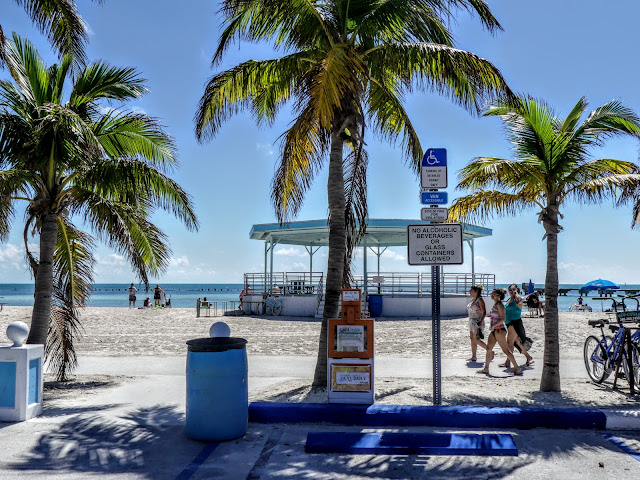 Salute is open and there is a plywood sign at the White Street Pier to tell you so.  Businesses face two big issues as they open for business in what has traditionally been the tourist ump in the Fall doldrums: publicity and staff.  The storms were over hyped before they arrived which was okay as lots of people evacuated but apparently afterwards the story was that everything got wiped out. My neck of the woods in the Lower Keys got trashed and is still heaped with garbage but Key West is all rouged up and ready to play. 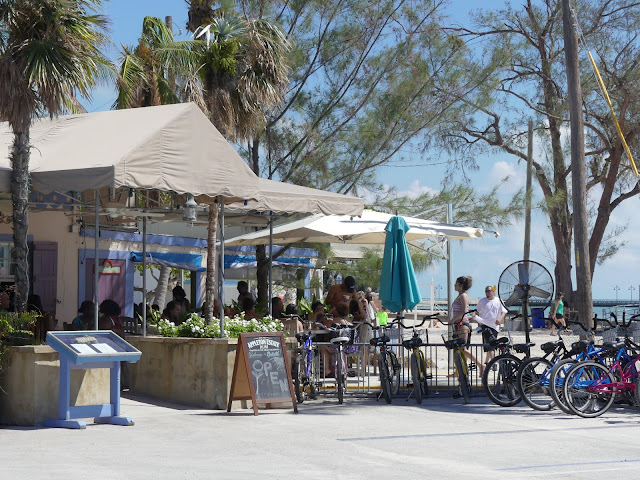 As long as the staff can show up. One of the biggest issues now is housing for the workers who got displaced. The deal for them of getting FEMA vouchers to stay in hotels is not only running out of time it's also going to take up rooms that hotels hope to rent at much higher rates to visitors. The local versus tourist debate that inflames so many opinions has suddenly become stark and cannot be ignored. 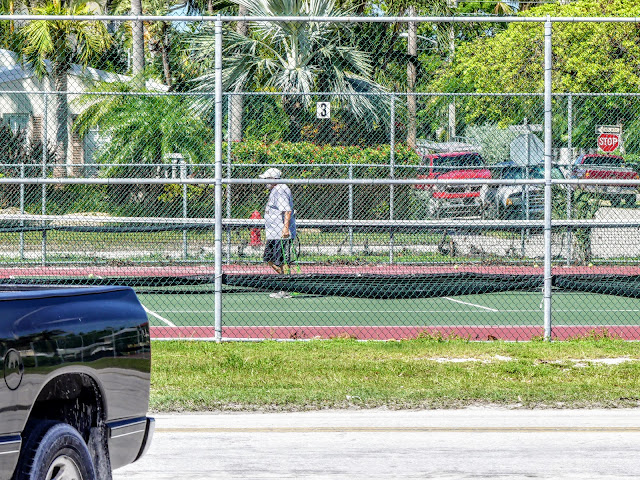 One side will point out that without tourists there is no income while the other says without workers there are no tourists. It's become a kind of Mexican Stand Off. Its as though not one single person can figure out a way to untie this Gordian Knot. 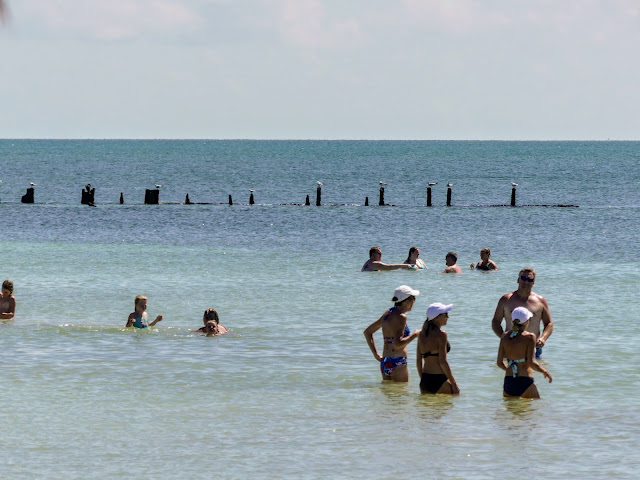 Which should give you some idea of how much strategic planning goes into the road map aid out for the future of the Keys. And I think its safe to say the Keys have the capacity to attract people no matter what so even though Fantasy Fest may be more low key which I wouldn't mind, people will come I'm pretty sure. Even though everything isn't completely back to normal. 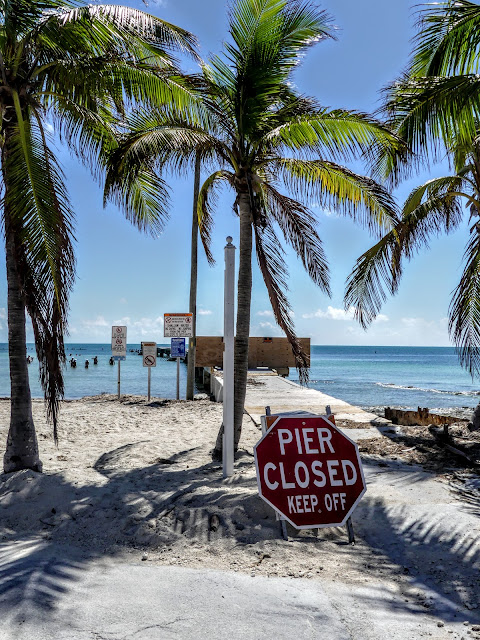 Key West's residentially challenged are still on the streets as though they have anywhere else to go, so some things never change. 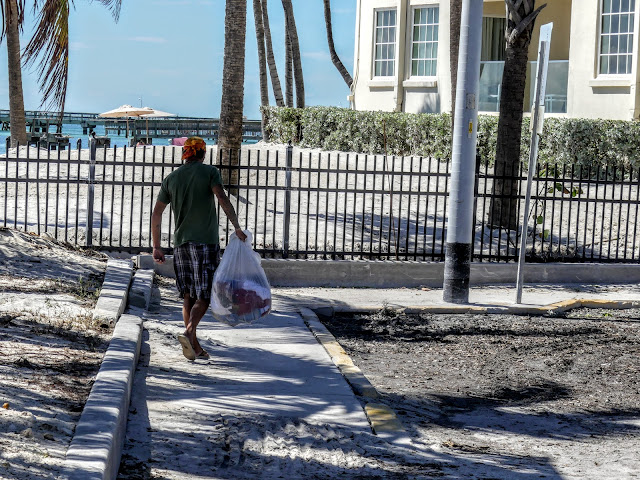 People worried about the birds and iguanas in the aftermath of the storm and though I think iguanas have suffered a temporary set back the wildlife is still here. 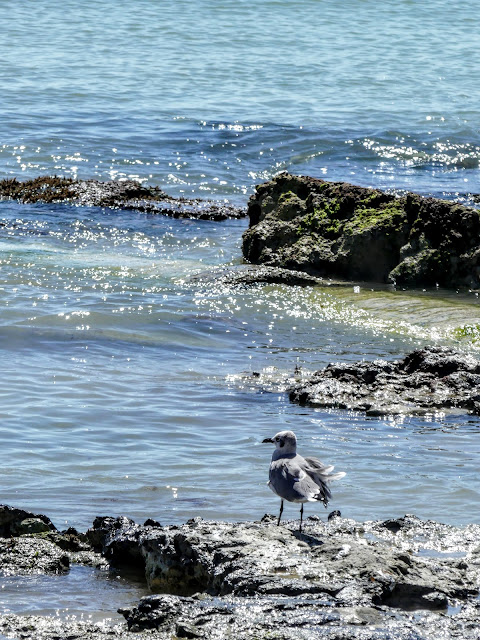 Scenes like these are unique among all the spectacular scenery available in the continental US. How best t make them available to people who want to see them is still very much up in the air as long as worker housing is seen as being in opposition to visitor needs. No change there apparently. 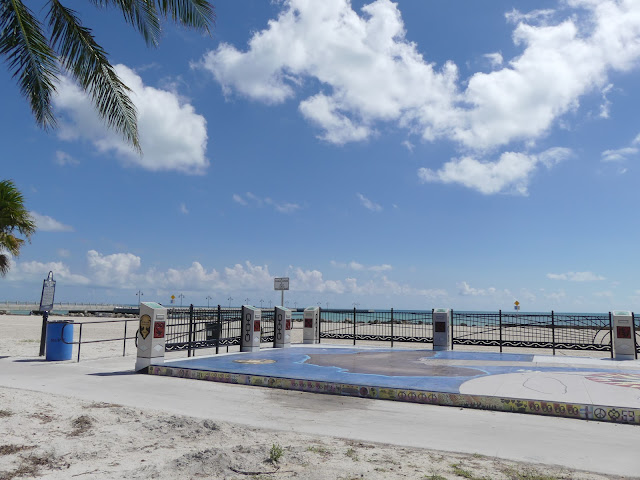