We raised our glasses to say goodbye to a friend and I proposed the first toast: "To quitters," I joked, and it's a good joke because we all understood what I meant as we toasted her departure for greener pastures Up North. There was lots of laughter and some of it bittersweet. 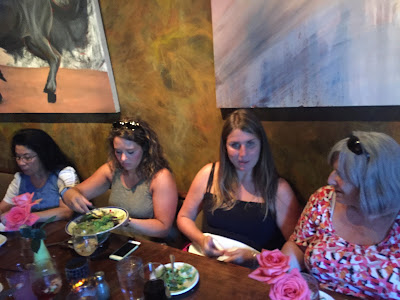 One of the things you have to get used to if you live in places like the Keys and here perhaps in particular, is that everyone has an escape plan. Unless you were born here with family, or unless you have private wealth, your life in the Keys relies on the job. The job goes and so do you. and that's because there aren't  a plethora of life sustaining jobs around here. If you got one of the good ones you're lucky, as long as you keep it. So people come and go, sometimes thanks to the stress of living here sometimes because  family needs you (think elderly parents) sometimes because you blew it at work and you don't fancy taking up a career as a bar back. 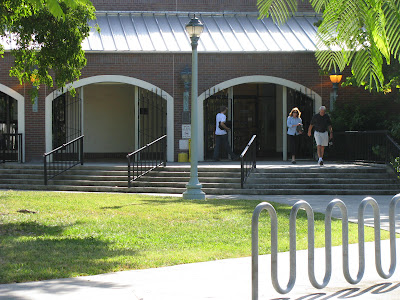 On the subject of going away I got a story about packing up books and papers and shipping them Up North prior to leaving town. The Quitter (I'll call her that as she has now quit the Keys) was a teacher with many items suitable for a media rate which is very inexpensive but she said her heart sank when she went to the Pot Office to ship the boxes out. She got the difficult clerks and she knows them by name. Impossible they said, the boxes are too big. No the Quitter countered pointing out they were, all three of them well under 70 pounds. I don't want to deal with them the clerk said brazenly. They may not be media. I didn't tape them up the Quitter responded so you can check them. Humph the clerk said and started poking around displacing files and scattering papers. See?! she said triumphantly, this isn't media, its letters. No it's not the Quitter riposted, well versed in island etiquette for getting your way. I'm a teacher and I have files of papers not letters. Well the box is too big the clerk said. You need a smaller box. I don't care the Quitter said, still intent on quitting these baffling islands. You need tape the clerk said as she called Brian over to haul the boxes to the back, losing with bad grace. Can I have some tape the Quitter asked sweetly. Can't have none but I can sell you some. The Quitter was ready to pay for the tape knowing she had won as Brian approached noisily dragging a dolly over some other customers with slow reactions. And so the boxes got loaded, by the Quitter and her friend as Brian stood by and critiqued their style.
I have heard enough horror stories about the main post office I never go there. I do my mail in Summerland Key which is a nice post office and I do my drivers license and vehicle tags in Big Pine where the clerks come from Marathon Tuesday Wednesday and Thursday, and are also very nice. 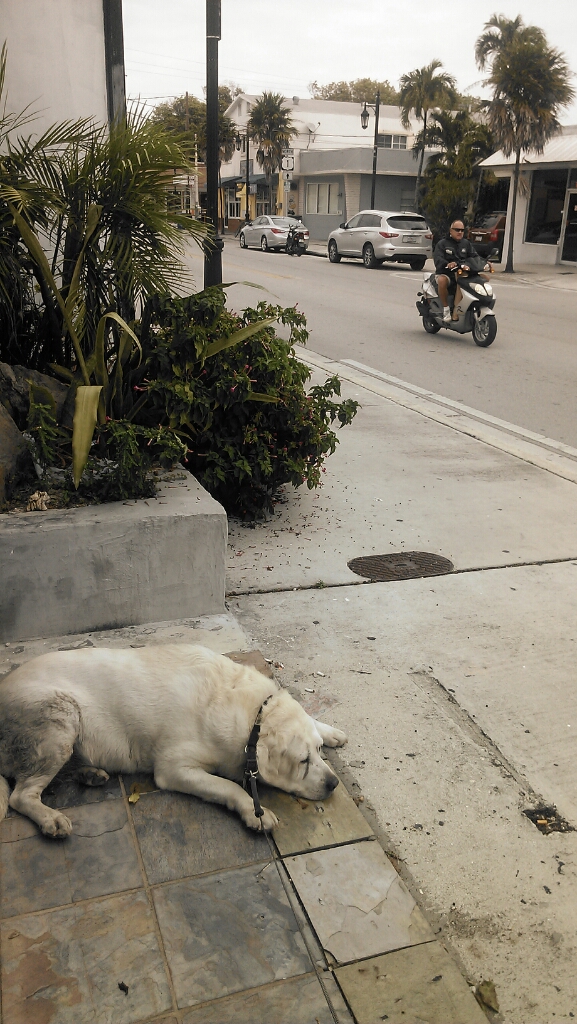 One of my colleagues got a new room mate recently and she was happy. The old room mate left under a bit of a cloud and the replacement was an older woman (less than 40! but I work with youngsters) who was brought to Key West to manage a branch of a chain store franchise. It looked good for a bit but then the stories started appearing at work. My colleague would come to work looking haunted. My roommate was waiting for me when I got home and wanted to hang out and chat she said. My roommate did my laundry and commented on my underwear. I feel like I'm living with my mother. I did not see a good outcome and i was worried she might give up and go back to her family in Fort Lauderdale but I discovered my colleague is made of sterner stuff. It was not enough that her roommate kept running out of money and needed my 26 year old colleague to help her make ends meet each month, a constant round of begging and paying back, the situation spun out of control when the roommate announced she was enjoying a man she had met a week earlier. Loneliness apparently was to be banished in the arms of a stranger. In the ordinary course of things my colleague would have been delighted to be relieved of this burden to her mental well being but that was not all. In defiance of all logic the roommate shared their house key with this strange man of unknown abode and no last name to allow him to come and go as he pleased in my colleague's house.
The last I heard they are headed for a break up and my colleague's boyfriend, fearing for her safety has formally invited her to live with him. Not all stories have bad endings. 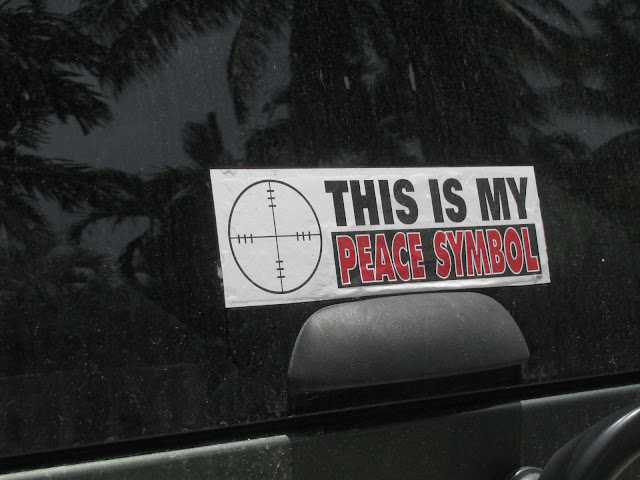 I congratulated him when another of my colleagues made good use of his inheritance and bought an apartment in New Town. He lives on the top floor and has a view, he has two bedrooms two bathrooms working plumbing and proper air conditioning and his mortgage is entirely manageable. It is you would imagine a perfect situation in Key West. It may seem unlikely but modern conveniences are not always available even at premium prices in the key West housing market. Even this paradise has it's serpent. Apparently across the hall there lives a neighbor and my colleague who is a mild mannered dispatcher in middle age was enjoying his television at home one evening. Thumping on his door produced the neighbor from across the street, a man of impressive proportions who decided he had taken a dislike to my colleague, the new arrival. Threats were uttered I am told reliably and the neighbor is known to be armed and not afraid to parade his weaponry. My colleague is thinking seriously about buying headphones to watch TV and visitors to his apartment are warned about The Man Across The Hall. Other than that, by Key West standards its not bad living. My colleague likes to cook and he has a full kitchen too in his home. Not everyone can boast that in Key West! 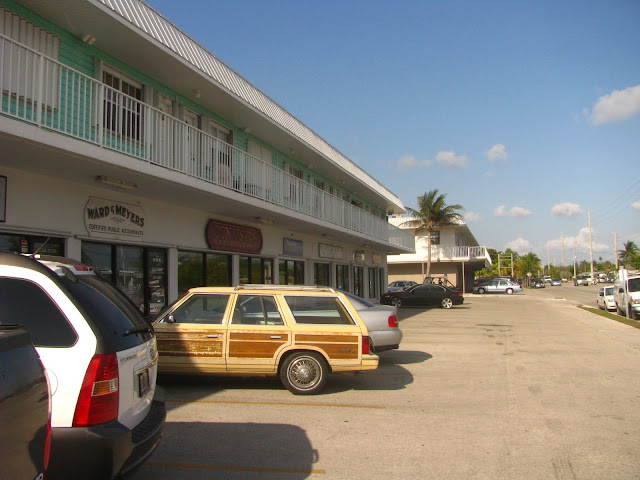 My right hand man at work, the guy who has shared my shift for years is a Conch. He grew up in a family well connected in the city and I have always found him to be well informed rock solid reliable and one of the nicest people you could hope to meet, older or younger than his 30 years. He lives in an apartment that he gets at a cheap family rate and I keep hoping that will encourage him to stay in town and not spread his Conch wings to see the world. However his situation is weird too even though he too has a proper apartment with fully functioning facilities... His neighbor has appointed herself block captain and spends much of her abundant free time yelling at people parking "illegally" at people across the street she suspects are peddling narcotics and at anyone who is ready to pick a fight. She like everyone in the  world loves my sweet young colleague even though she is his principal impediment to getting a  good day's sleep before he comes in to work overnight...That and the fact the walls are thin and his neighbor has a noisy and active sex life. Like I said, I hope he hangs in because I really like working with him. 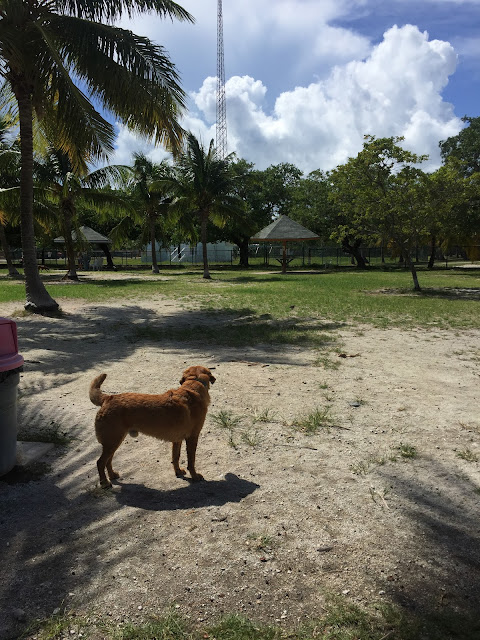 Key West is a great place to work if you have one those decent jobs that by itself pays your way as I have. It's a  great place to live and work if you are allergic to snow, as I am. It is a great place to live if you have a relationship already functioning and don't come here in search of a mate, so far so good. But in the end a good living situation is also critical and how you define that is up to you. Rusty has won the lottery in that department but not every working class resident of Key West is that lucky. I know too because its a rare day that goes by that we don't get a call from some roommate situation, some eviction situation, that needs police intervention. Fining a good place and keeping a good place with all the temptations to squander money is no easy thing. Apparently. But for every Quitter heading Up North there is one Hopeful coming Down South. If you are one, don't say you were never warned.
Posted by Conchscooter at 12:00 AM 4 comments: