During the course of the year my commute home changes only by the degree of light, the amount of sunshine and the weather-consisting of variations between sunshine or rain, wind or suffocating humidity. The sunrise varies obviously by the time of year, summer time and winter time and the position of the sun ion the sky all have their effect. All of which is to say this time of year the sunrises are glowing many colors around the time I leave Big Coppitt around 6:15 in the morning. 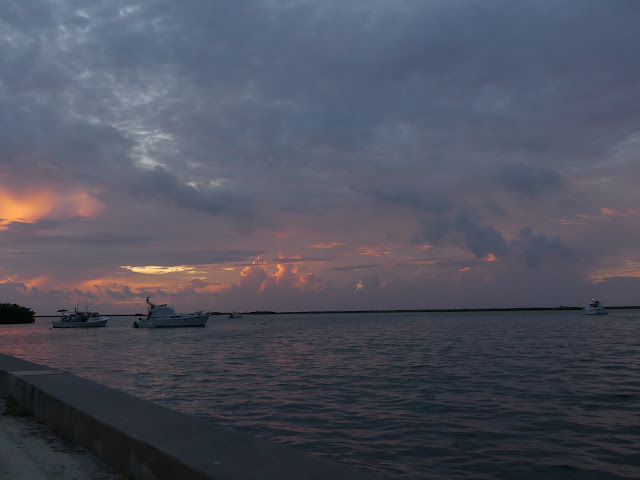 It so happened I was off duty one night when Rusty came and sat on my chest at four o'clock in the morning. He does that when he wants to get my attention to go for his early morning walk, and resistance is futile I'm afraid. I delayed a bit clutching the duvet to my ears but he wore me down and we took off an oh dark 30 stroll around town. I don't fancy going for a walk in the woods in the dark so before dawn we drive to the land of street lights and smelly street corners. It woks for Rusty. 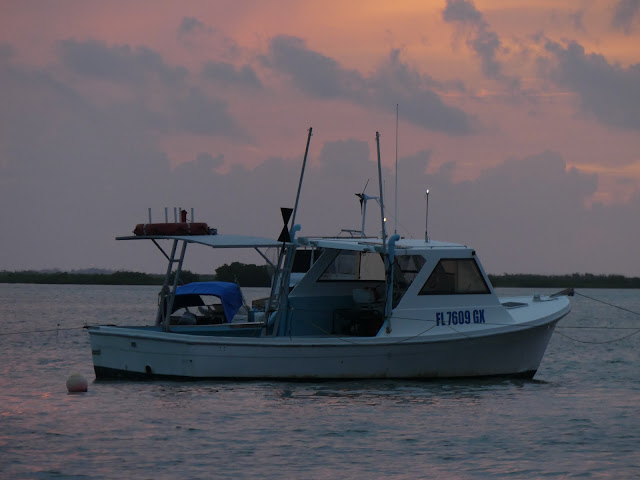 On the way back I was delighted to notice I had reached the Big Coppitt boat ramp at just the right time. The sky was on fire. The anchored out boats were sitting there as always waiting for a new day. 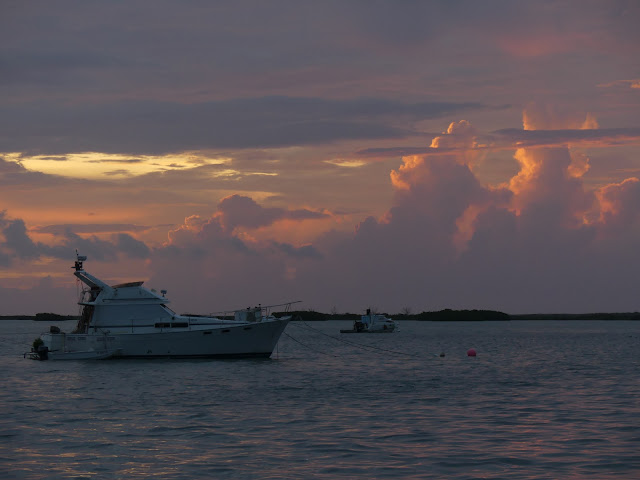 And the water too, in places... 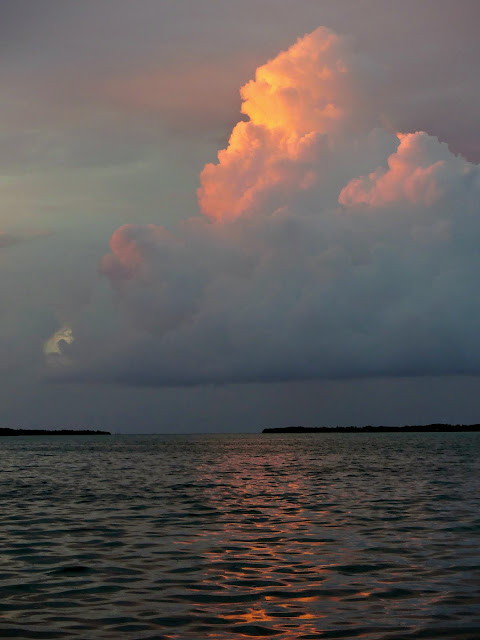 In the distance all around the bay I could see boats at anchor, free parking as it were, taken with the telephoto lense in the morning half light at quite a great distance. 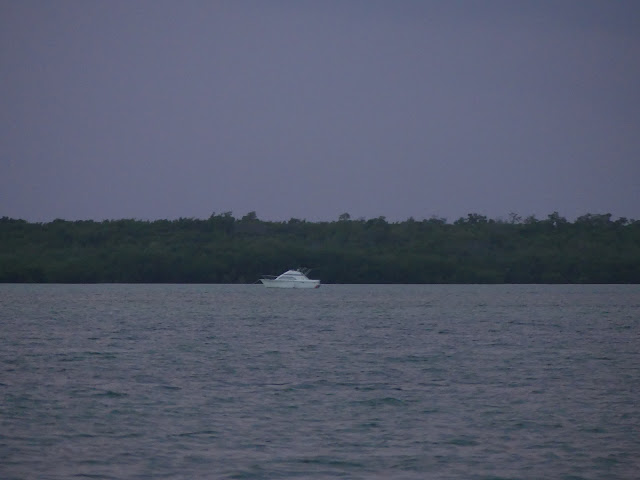 It was a long way across the bay and you can barely see the white specks at anchor. I quite like my Lumix FZ300 camera. Rain proof and dust proof all built in and rugged and not up to professional specs but entirely good enough for digital posts. 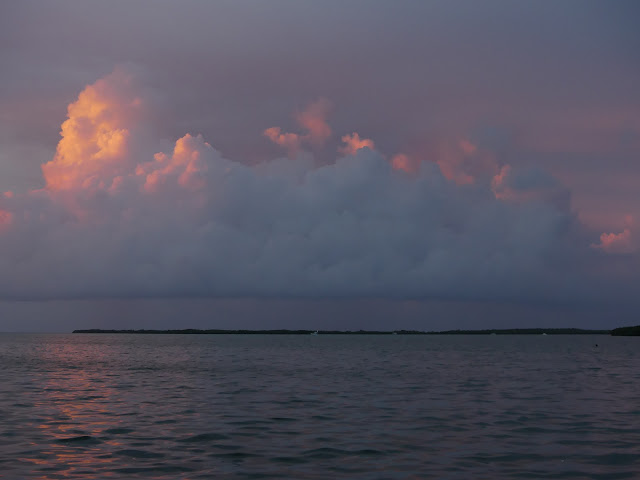 There are quite a few boats around here including one attached I saw to a rather ingenious home made floating dock: 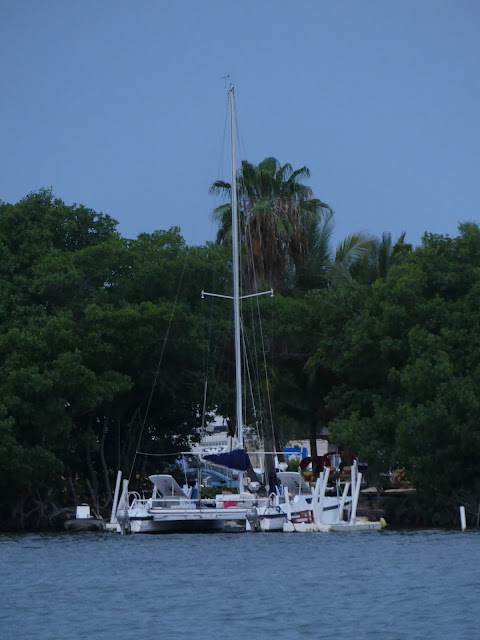 The launch ramp is free to use by the public which is one thing the Keys do really well which is give easy access to the water. 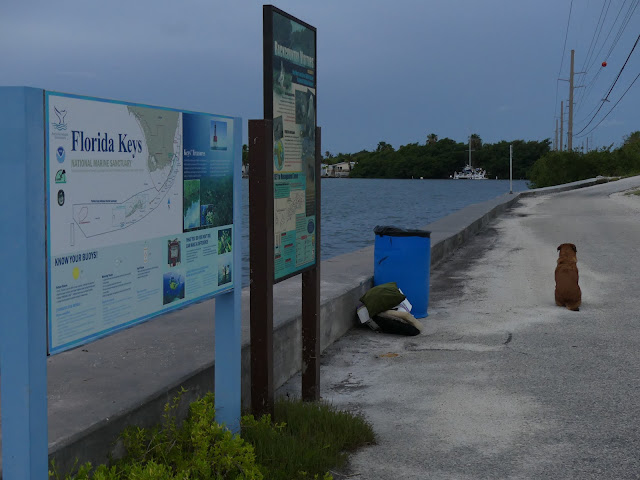 Big Coppitt is nearby with it's gas stations and convenience stores and bus stops: 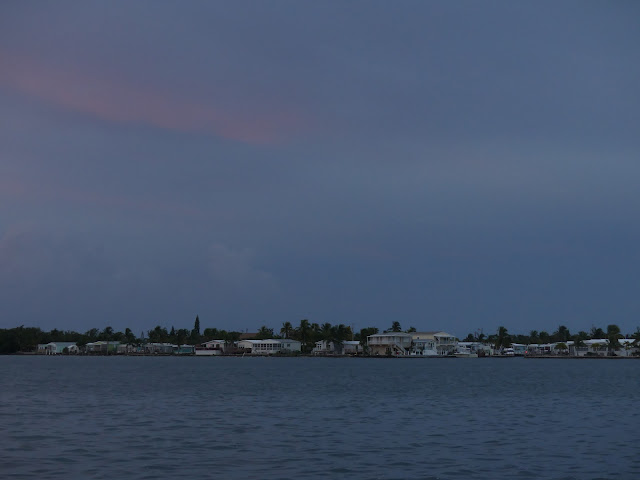 And Highway One is right there... 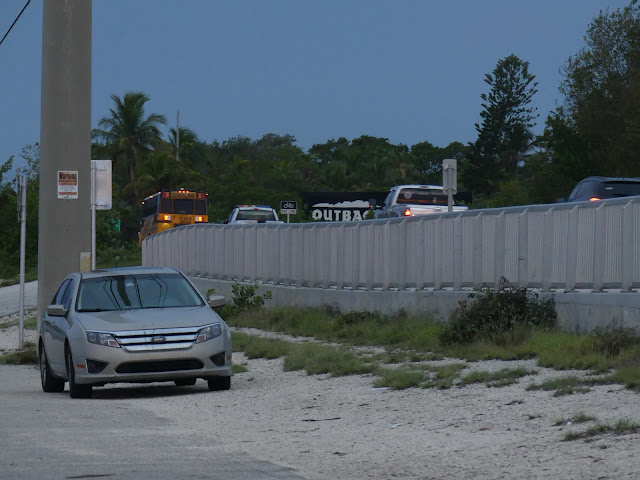 ....with parking on the shoulder. 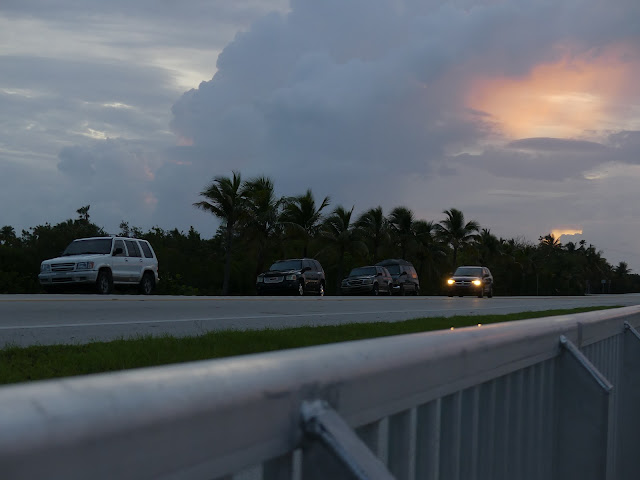 Trailer parking isn't allowed here to enable launching as there isn't much room. I didn't park so much as paused and then I was on my way. 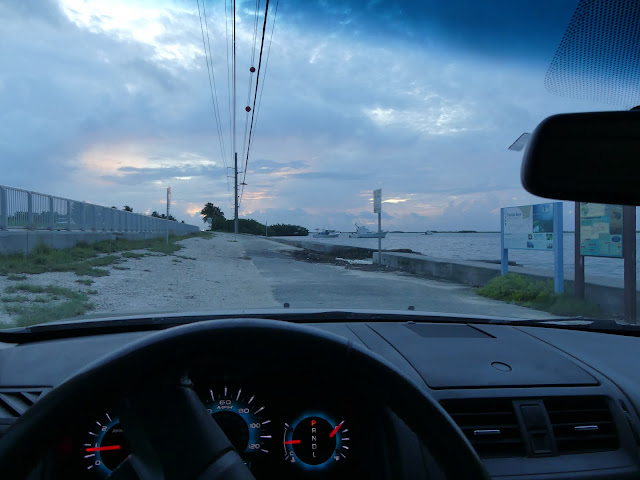