Say Goodbye To The Ducks

This sight will no longer be seen in Key West, these vast great duck tours are gone, thanks to the Navy closing their access to the sea. The tours through the city to Truman Waterfront and around the harbor in these huge amphibious vehicles ended yesterday by force of military circumstances. 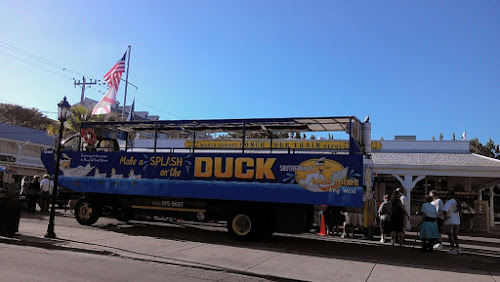 Perhaps not forever, as Historic Tours of America promise to set up a new base for these machines on Trumbo Road where they hope to be able to launch them one day in the future. How or if that will work out remains to be seen. 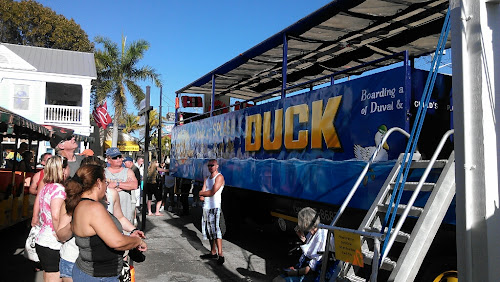 Meanwhile the newspaper reports the city is also concerned that at the termination of their contract with the Navy for the city's use of the Navy Pier, that facility might also revert to solely military use. Were that to happen the city would lose huge sums in port fees from loss of cruise ship business. I doubt the Navy will close the Outer Mole to civilian use because the economic devastation would be real, but I have no doubt many opponents of cruise ship expansion would be delighted. 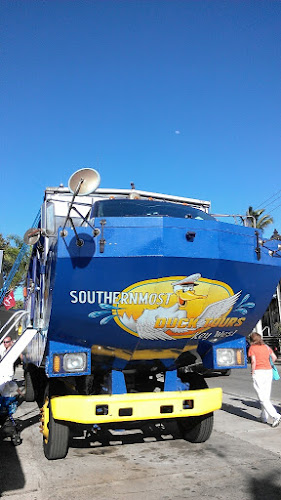 I'm happy enough the ducks will be gone, hopefully for a very very long time, even forever, as they are too large and crass for Old Town streets. 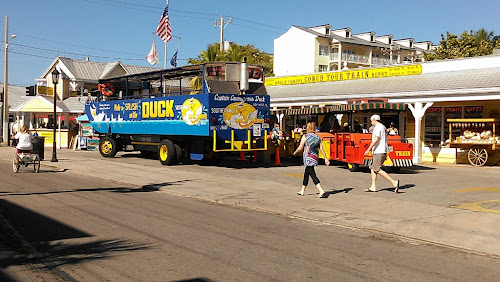 I think Key West is on the verge of selling out to cruise ships with plans to widen the harbor channel, a little entropy there might be good. It doesn't seem healthy to seek to accommodate ever bigger ships in this small town.

Speaking of small towns...The owner of the duck tours took the Navy to task a couple of weekends ago in the newspaper, accusing them of failing to live up to their agreements with the city. The visible reaction from the Navy was a loud snore.