I have mixed feelings about Asheville, though I doubt Asheville gives a toss one way or the other. There are few cities lovelier in the mountains on a bright sunny day in this part of  western North Carolina.﻿ 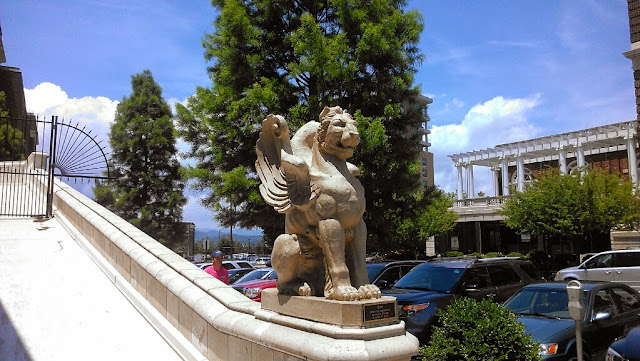 And if loveliness were the sole criteria Asheville would be a fine  town with lots of sidewalk cafes, trees and oodles of civic pride. I wouldn't mind at all if Key West were spic and span like Asheville. 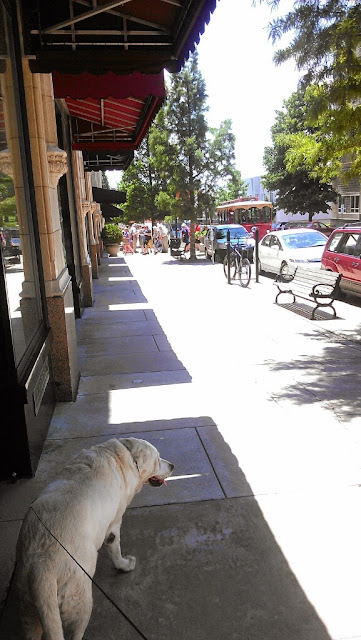 Asheville's  Achilles Heel is that it has become fashionable, hip even and certainly trendy. Young yuppy couples love to come to Asheville and have babies and accessorize them trendily.... 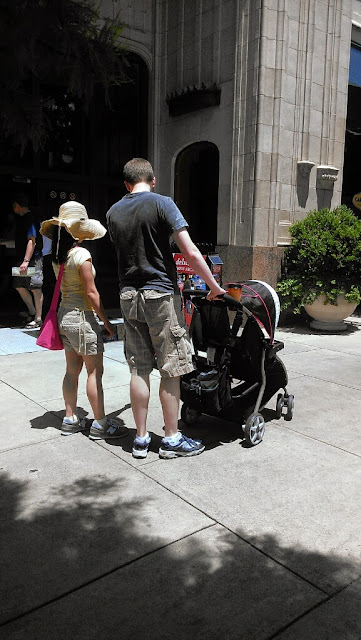 The grimy past of a brick mountain town has been overlaid by tourism and eco- mentalism to paraphrase the car freaks on Top Gear. Where four residents of Asheville gather, there will you find five hyper-mileing Toyota Priuses. 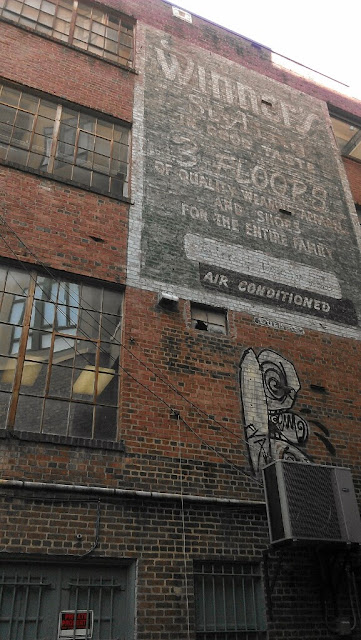 There is an earnestness to Asheville's attempts to fend off climate change that is less a breath of fresh air when compared to Key West's almost total indifference, rather  it comes across as rather smug and humor-free. Not completely free of humor but you have to look hard to find it. 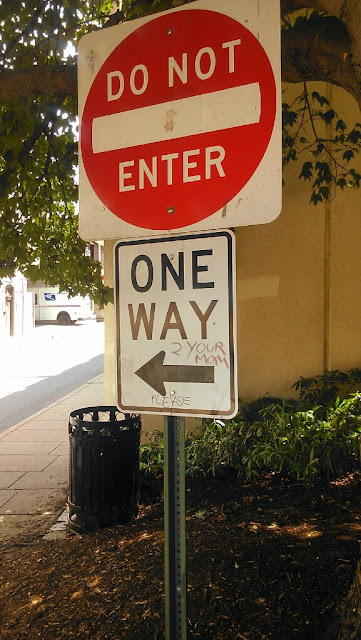 In many respects I find Asheville today reminds me of the Santa Cruz, California of my youth, narcissistic and self satisfied, complete unto itself and not terribly interested in the wide world outside. You can understand why when you remember Asheville is a small blue speck in a sea of North Carolina Republican red. Still I wouldn't mind seeing a small acknowledgement every now and again that the rest of the world exists. 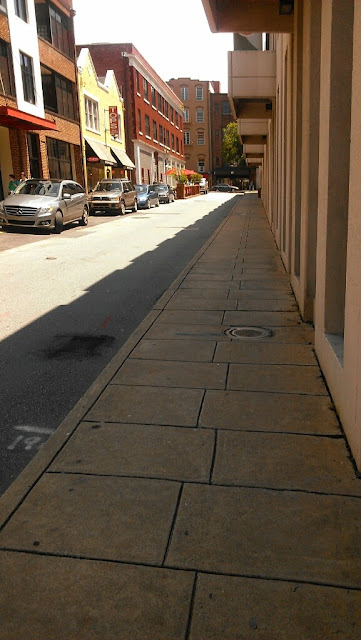 Perhaps my view of the city is tinged with envy; perhaps I wouldn't mind seeing a law in Florida that required cans to be recycled, as North Carolina so requires. Perhaps I too would like to see  civic seriousness combined with the sort of public whimsy expressed by these basketballs hanging like fruit on the public art installation. 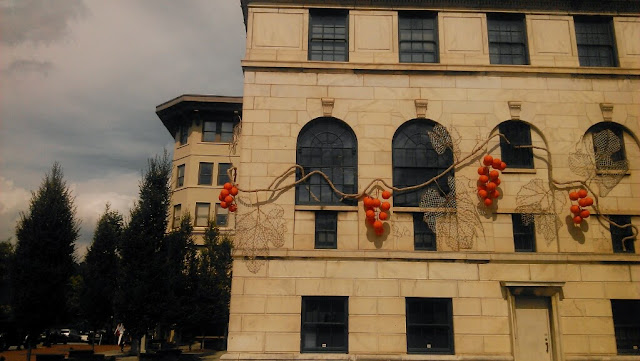 I'd like to see fewer obscene t-shirts decorating Duval Street, and I'd like to see an end to the five dollar touts offering plastic  crap and perhaps it would be nice to see more upscale stuff on offer. 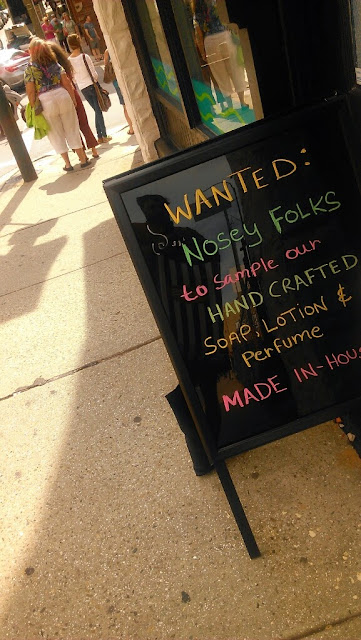 Which is not to say there aren't residentially challenged in Asheville, a city with a rather short summer and a rather tart winter season. Yet rather than sprawling drunkenly on the sidewalk begging for more I saw industriousness and literacy flourishing. I may have only caught a glance in my brief time in the city but I know what I saw.

Asheville seems to have a vision of itself today and tomorrow too. They advertise themselves as a destination. You see signs of it everywhere. I wouldn't mind at all if Key West businesses were local enough to carry these signs: 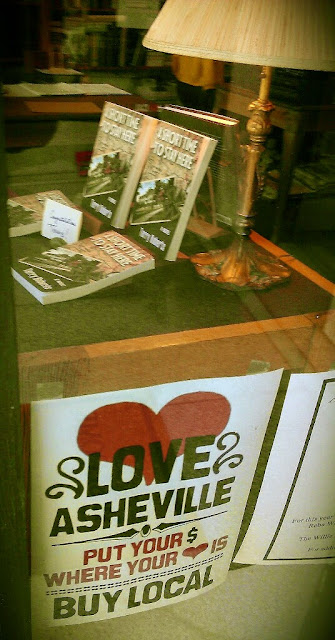 This is a town with lots of activity, and you may be surprised to learn not all of it centers on drinking and drunkenness. They pride themselves on being a center of craft beer distinction but beer in Asheville is a snob's drink, not a tool to seek oblivion. 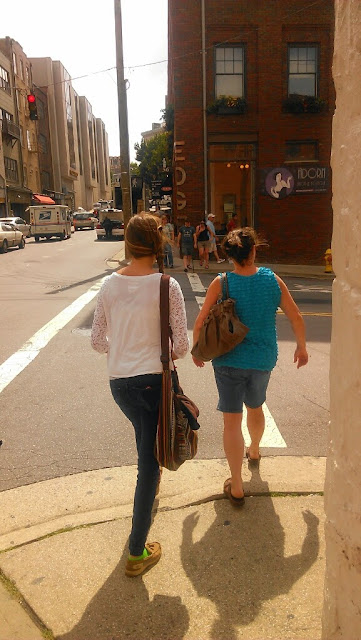 I have been here in winter and frankly it sucks. I remember most clearly standing in a fresh breeze in minus twelve degrees while being told by my relatives: "It isn't usually this cold..." which was not much consolation. they were saying the same thing this summer when it hit sixty degrees on an afternoon of intense flooding rain. We lit he fire anyway despite the fact the calendar said it was July... 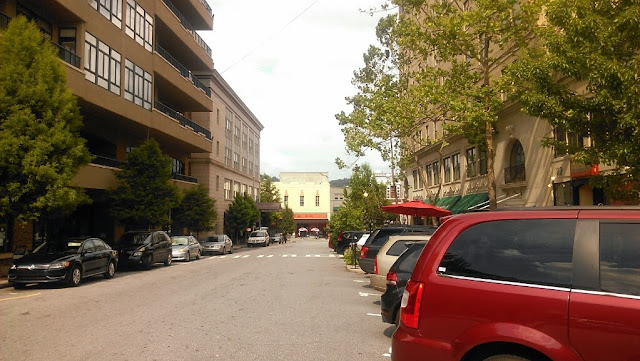 The shops are small and frankly many of them are odd, selling Asian dust catchers, books and a wild assortment of foods. This is not a town for chain stores so if you expect to find here what you find at home you will be surprised. I find it hugely ironic when towns across America are discovering the value of local businesses Key West is embarking on the concept of an outmoded suburban shopping mall. Day late dollar short in my opinion. This is how 21st century America wants to look: 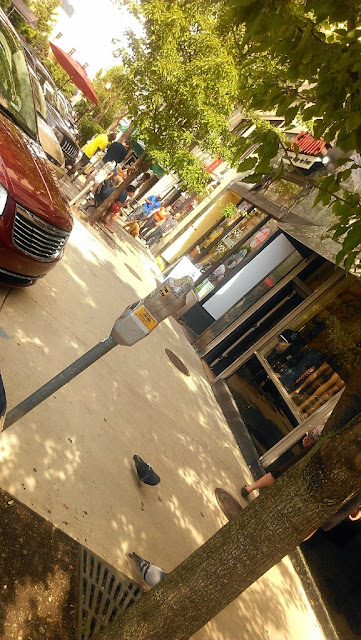 It doesn't cost the earth to park downtown and the sidewalks are wide to encourage walking. The trees provide shade and people fighting their phone provide my technophobe sister-in-law entertainment. 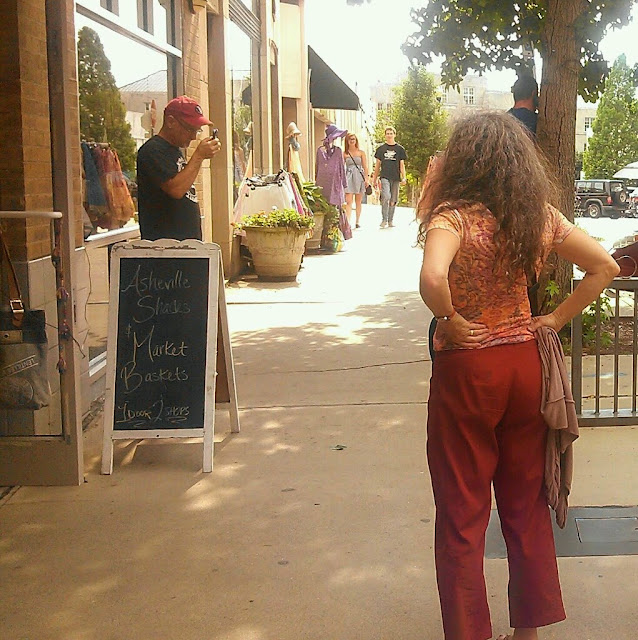 Asheville is a town built on a hill and ironically has terrible air quality frequently owing  to the industries of the piedmont, the plains of South Carolina spewing up particulates into Asheville's otherwise pristine lungs. The neighborhoods are lovely on the long summer evenings. 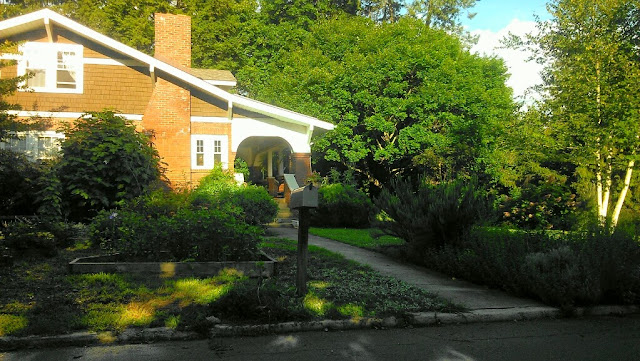 Then there is the Biltmore Estate, once a working farm for the Vanderbilt family and now still a working farm, tourist attraction and fun fair for locals and visitors. It is in a sense a small Disneyland, or a private state park, dedicated to the good life of yesteryear. My family went wine tasting and I guarded my dog with a Guinness in the other hand. People gather here to have fun outside Cedric's Tavern, named for the Vanderbilts' favorite Great Saint Bernard dog. Dog lovers; that endears them to me slightly. 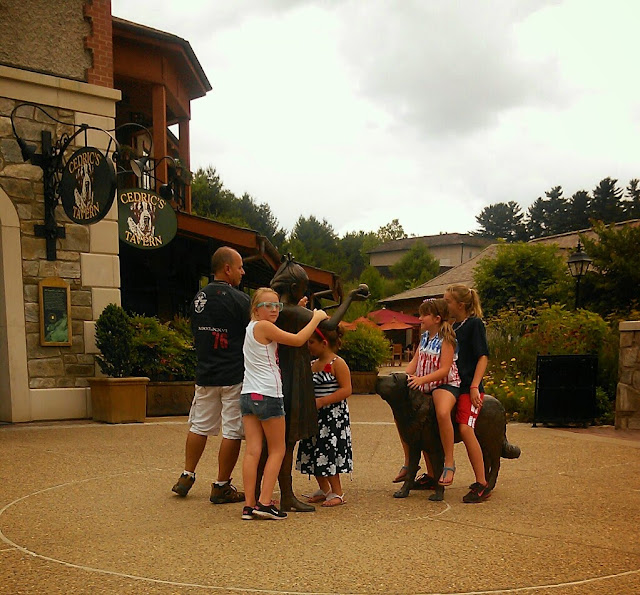 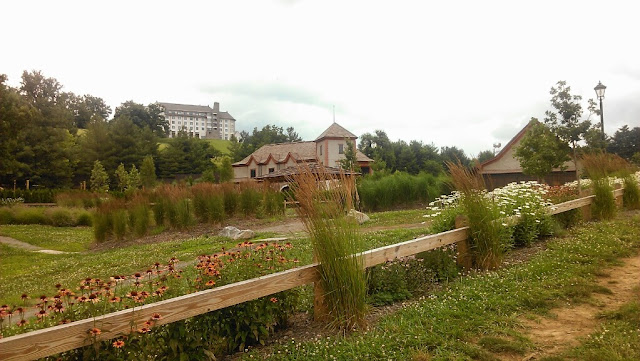 Cheyenne had a grand time in the seventy degree weather, trotting back and forth with all the  energy that winter brings to her when in Florida. 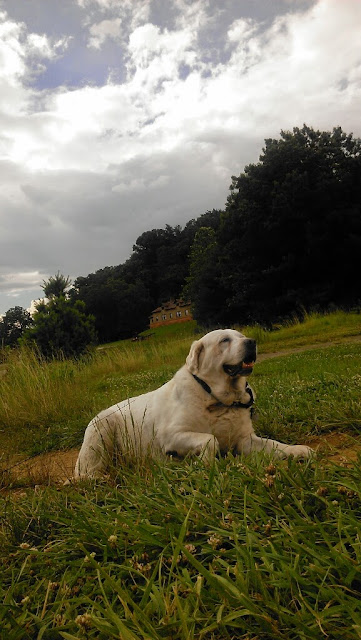 I have no doubt Asheville, pretensions and all, would suit her just fine, winter and summer. Asheville suits me just fine too, in the few short weeks of warm weather. Key West could learn a lot from this town.
Posted by Conchscooter at 12:00 AM 5 comments: