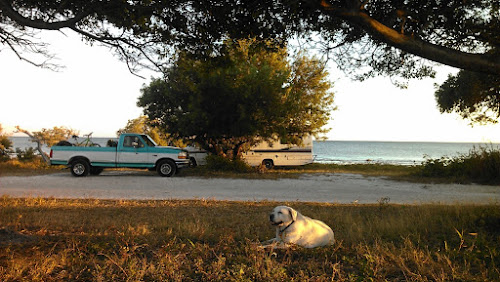 I keep getting these pictures at work. My wife decides to exercise and pulls out her mat, plastic on one side and soft flannel on the other. No sooner said than done and Cheyenne parks herself on it before anyone else can use it. That look tells you it's actually her mat. 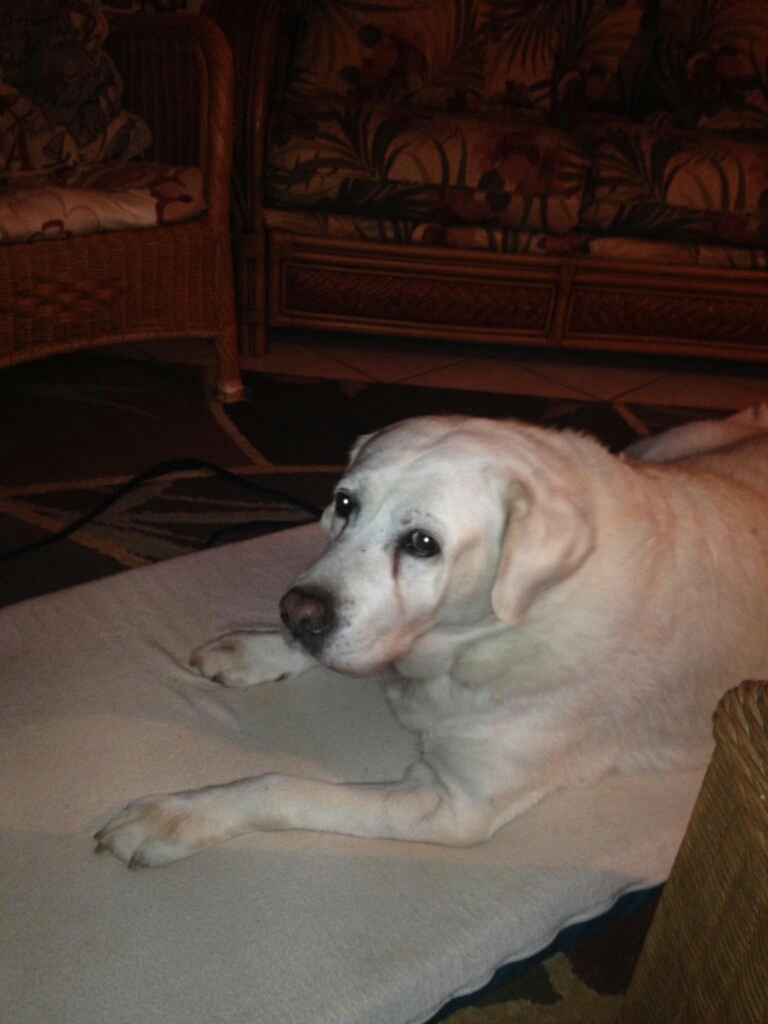 Even when it's wrong side up she stretches out on it, preventing any form of human exercise. 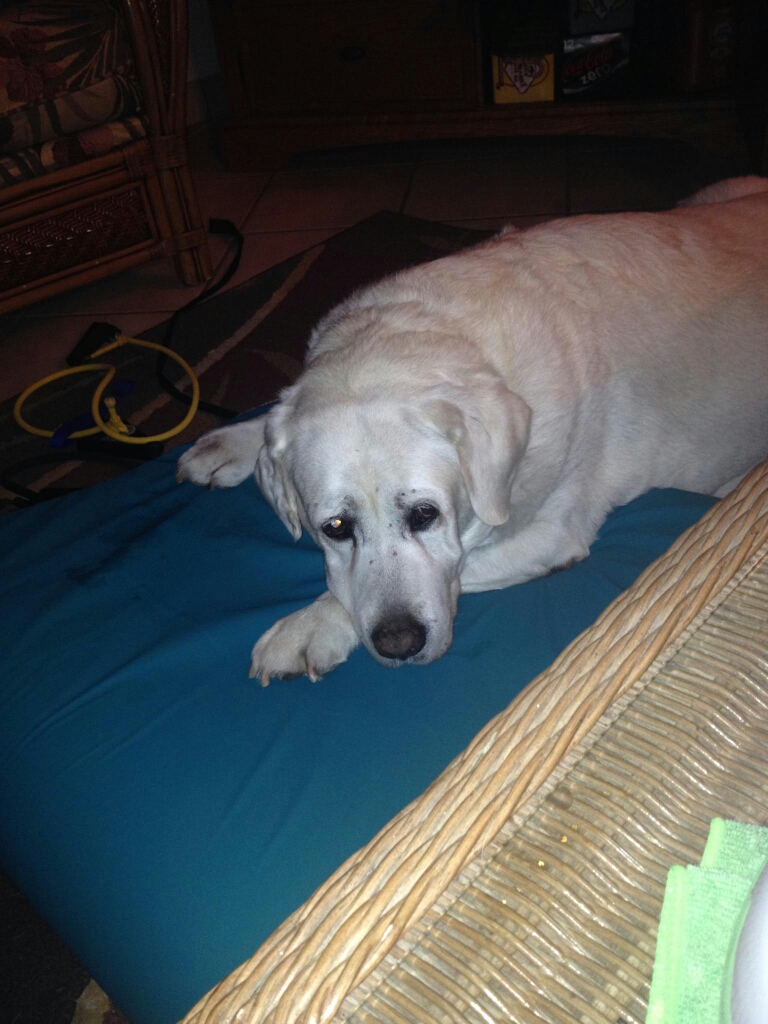 I have experimented with pulling out the mat when I am home alone with her but Cheyenne steadfastly ignores it. 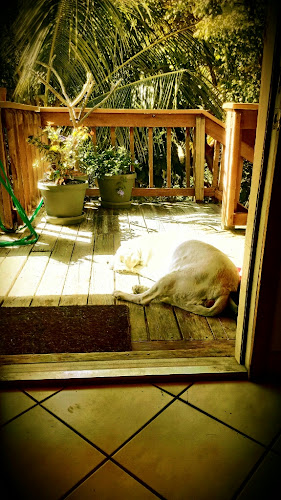 When I am home, even with my wife she prefers to sleep on the tiled floor or sunbathing on the deck 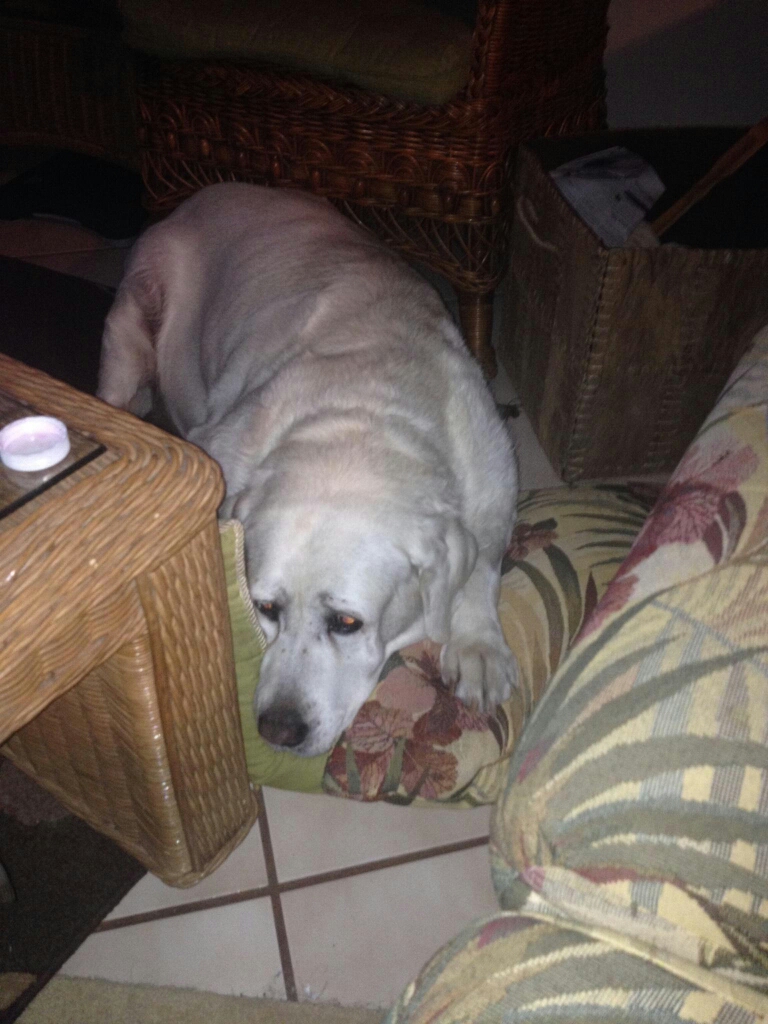 I have no idea what goes through my dog's head most of the time. I know that her previous family preferred to tie her up and she lacked fur in some areas indicating to the vet she had to lie on hard ground, God knows why. 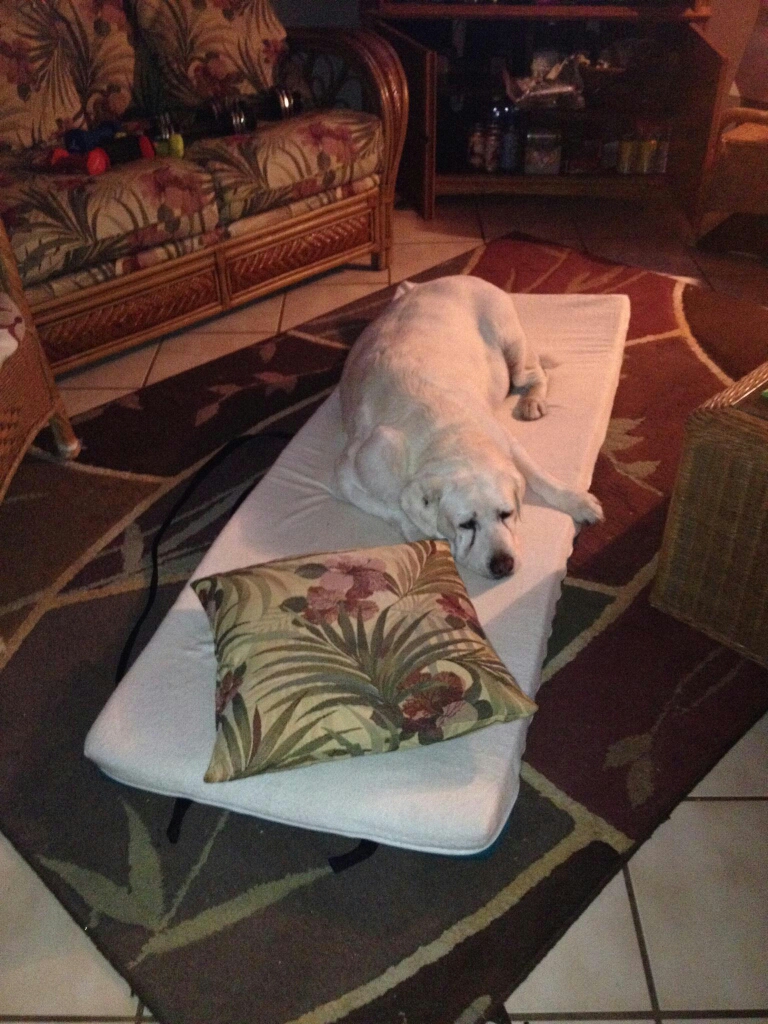 I am fine with her sleeping on the couch if she wanted to, and occasionally I try to induce her to come alongside me but my unsentimental Labrador is nothing if not stubborn and she knows what she wants. Which is to sleep on the floor at least three feet away from me. 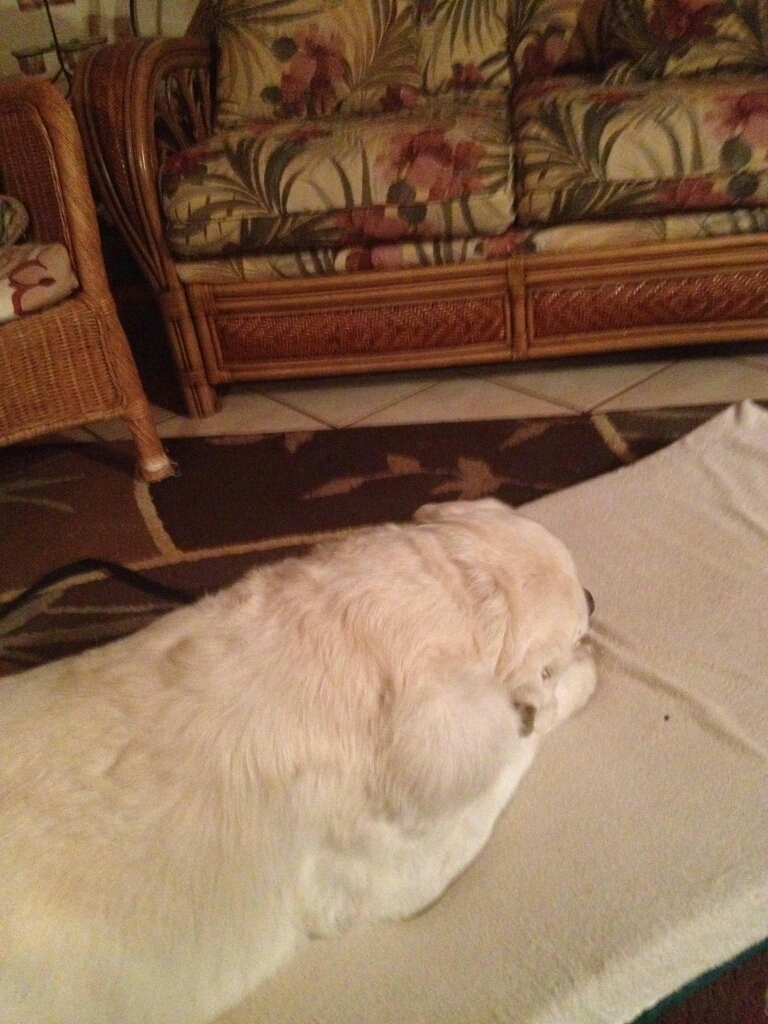 When I'm not home this is how she sleeps: 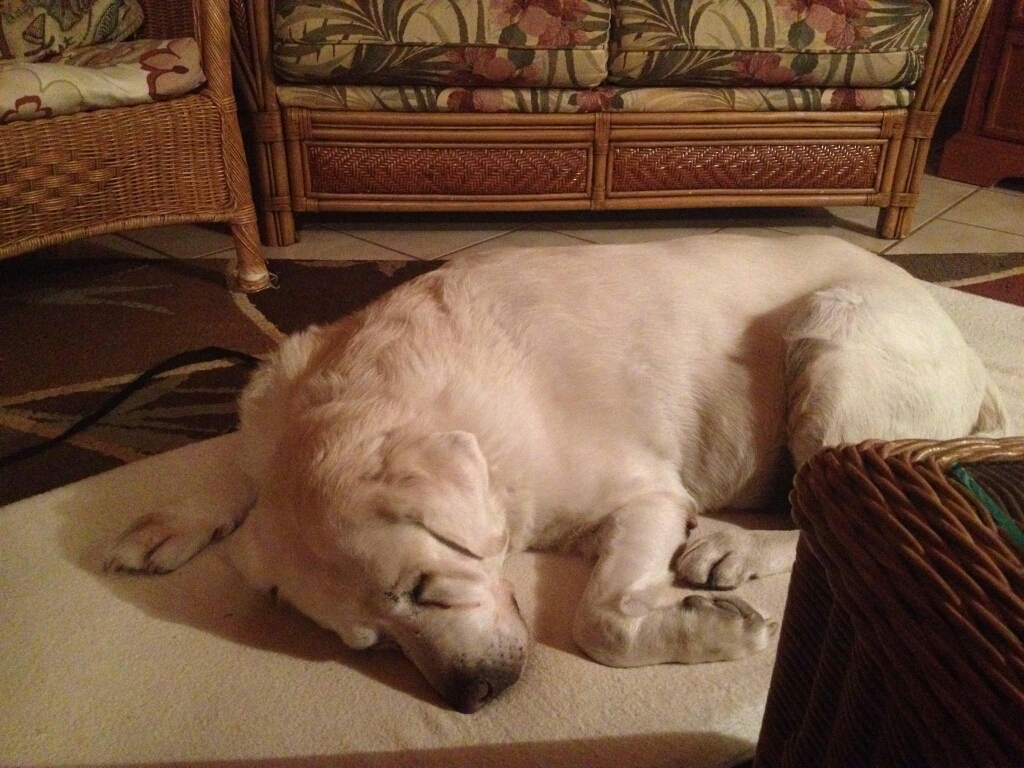 I cannot help but think of the man who bound and beat his dog to death for the awful crime of snoring. He is supposed to go on trial soon in the Upper Keys. If snoring were a crime Cheyenne would be in a penal colony. Instead of on my wife's exercise mat.